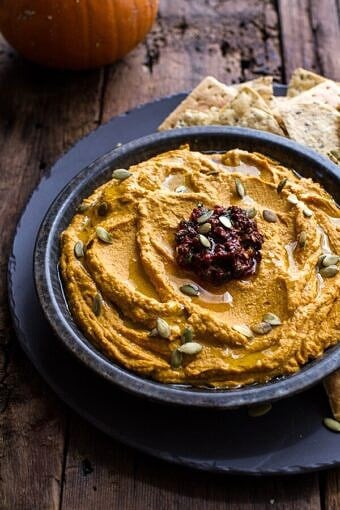 I made you all some apple, rum and cinnamon pretzel goodness! You know, since I am slightly fall obsessed. 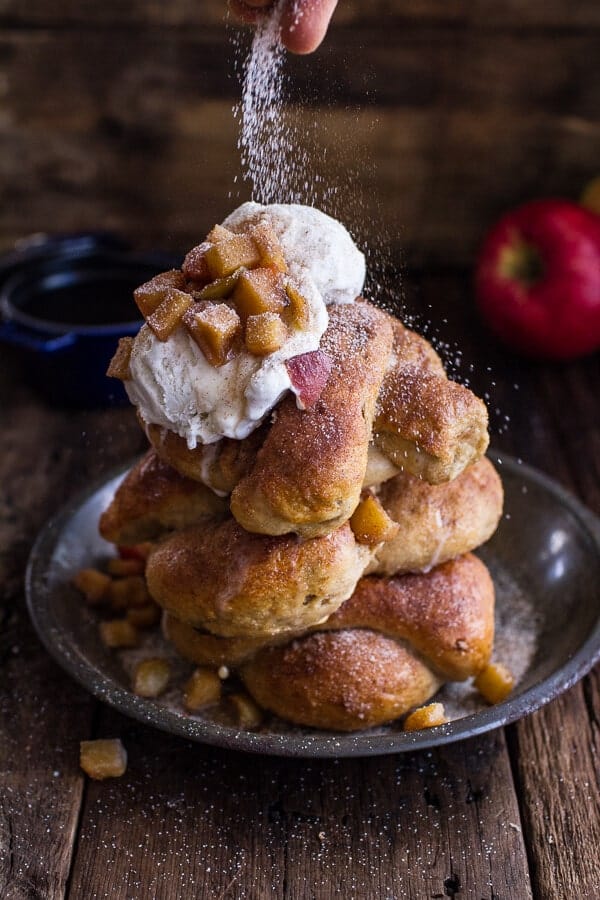 And since I would probably never drink hot buttered rum, I add the flavors to my sweets. It’s just the way I do booze. Which in my opinion is the best. 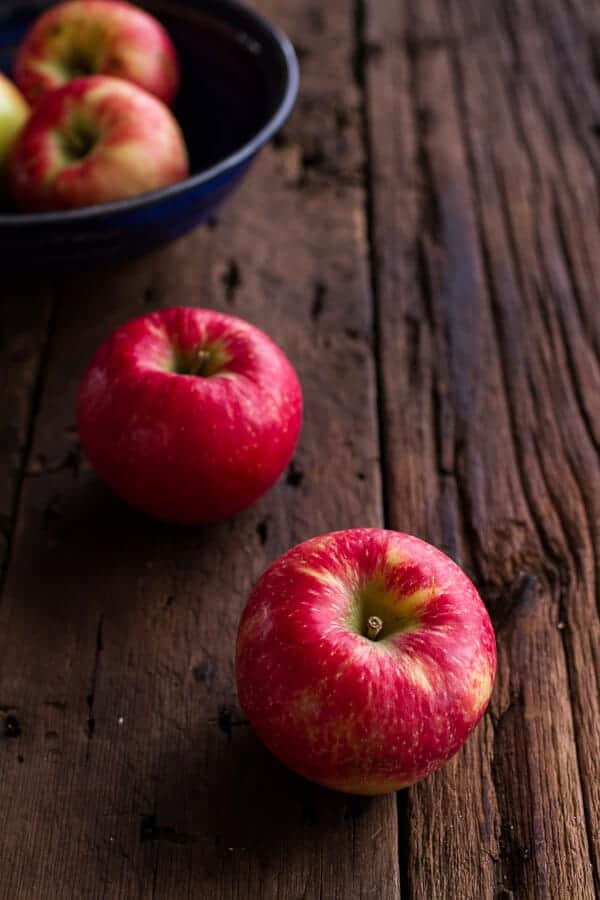 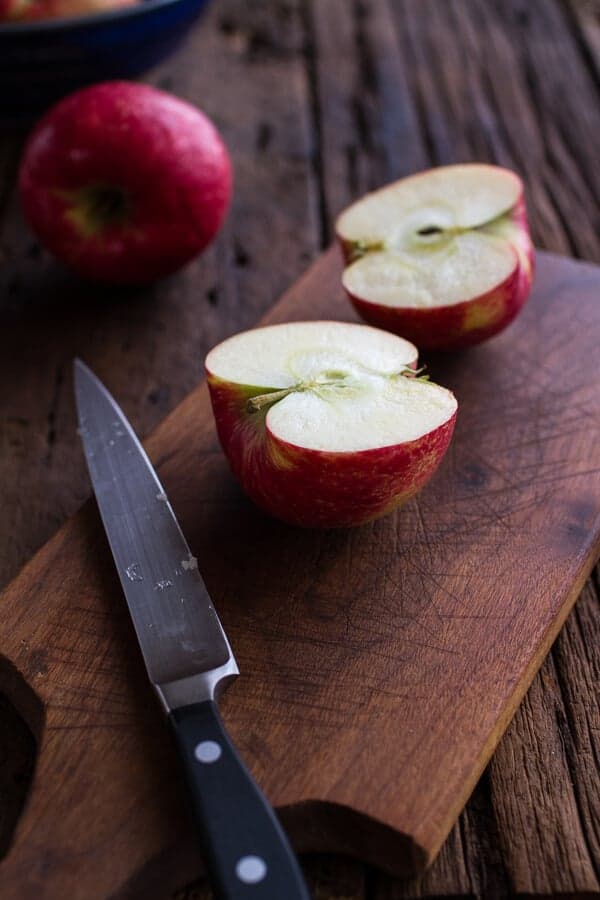 The other day, my mom called to ask me if I wanted to renew my subscription to Seventeen magazine. First question was of course “do I have to pay for it”? Typical, right?

It may sound lame, but I think I have been subscribing to that magazine since I was fifteen. I am no longer seventeen or even a teenager for that matter, but I still totally read that magazine. Or did, but then I got busy and only had time to read the foodie magazines because they are sort of like “research” and I consider them to be work related. If I had the time, I am not going to lie, I would probably still enjoy reading Seventeen.

Anyway, my point is that you know you have truly hit adulthood when one, you actually have to pay for your own magazine subscriptions and two, you can no longer subscribe to the “teen” magazines (i.e Seventeen and Teen Vogue).

Also, taxes? I never did any taxes until about a year ago and well, now I fully understand why everyone complains about them. Ugh.

Wait, and the worst? When your driver’s licence expires. How has it been that long?! 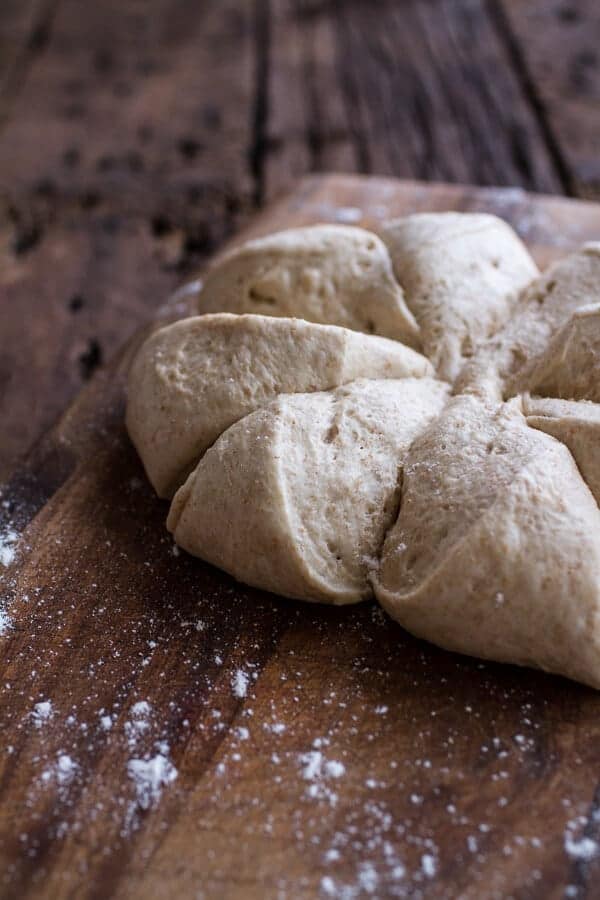 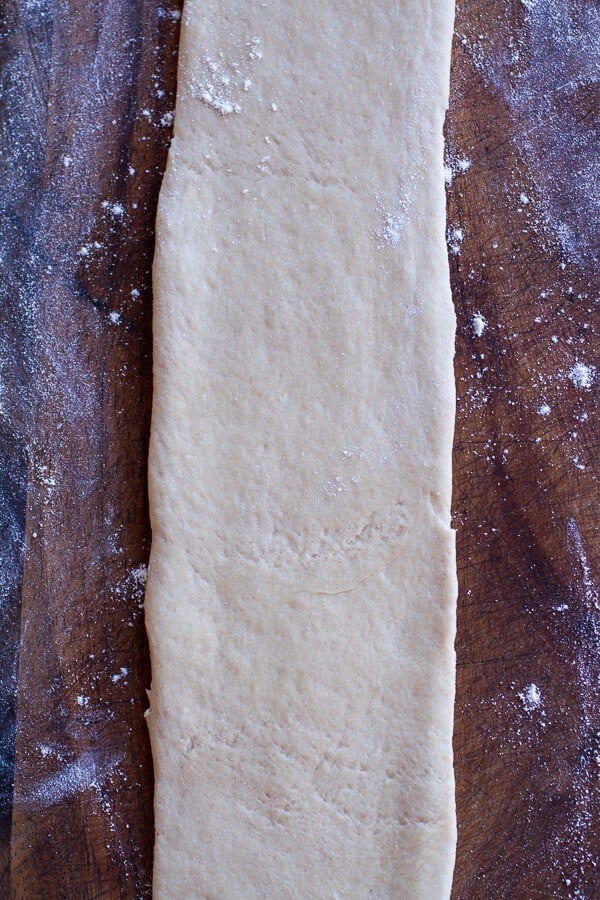 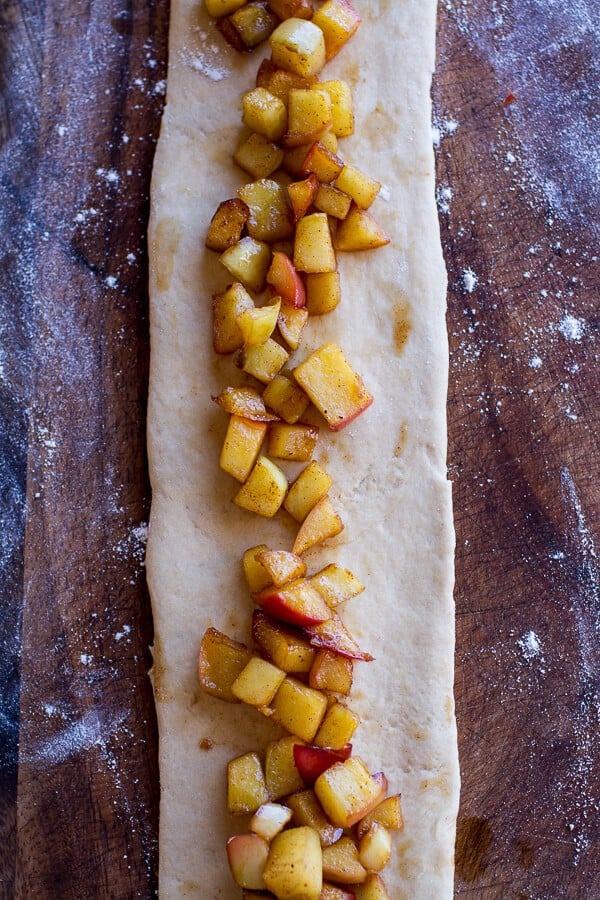 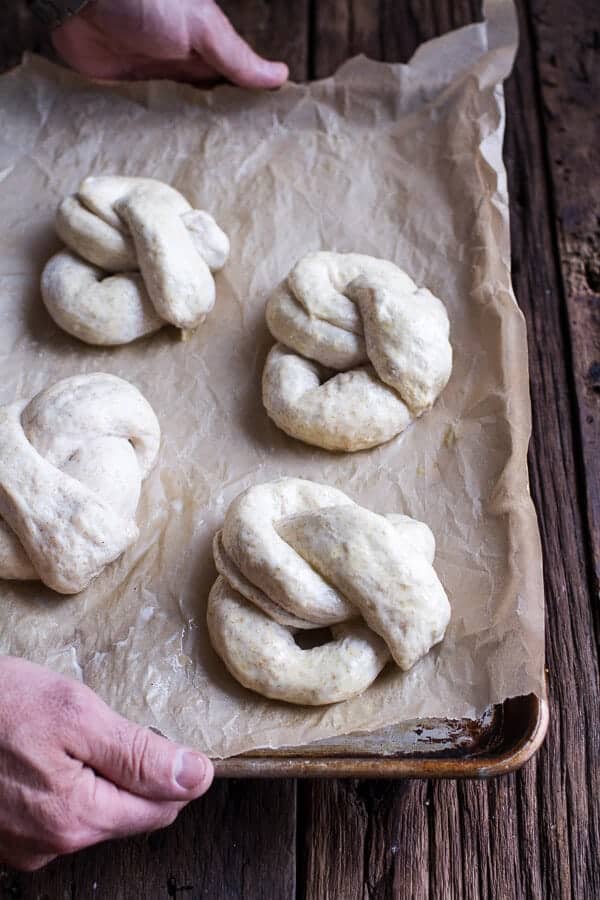 Happiest Friday to ya!! I kind of love Friday’s (doesn’t everyone?). They always bring happiness and typically something sweet around here because that’s just how I roll. Today I actually left the chocolate behind and went for cinnamon sugar. I know, craziness. But cinnamon sugar, apples and pretzels are pretty awesome. Especially, when combined together and made with a little booze. It’s totally what every weekend should start off with. 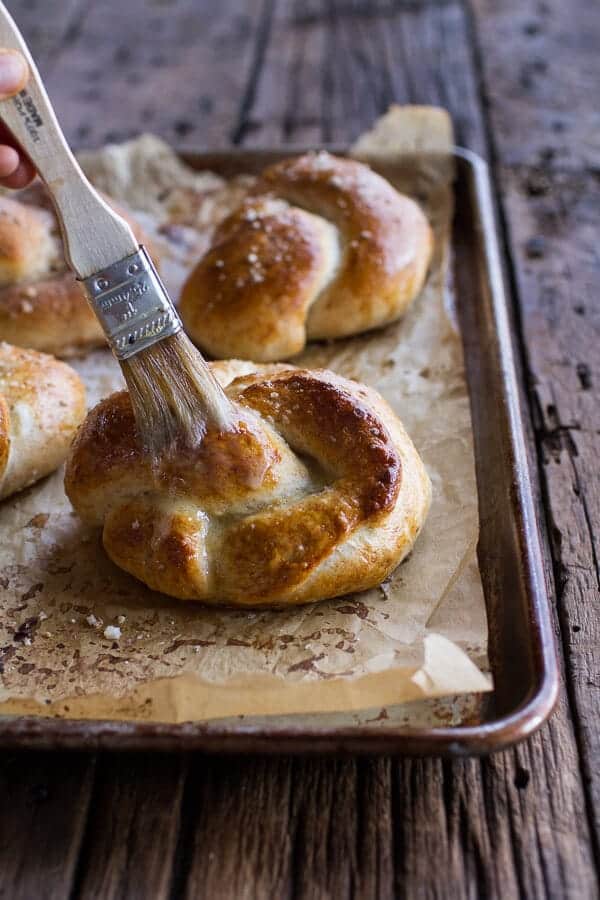 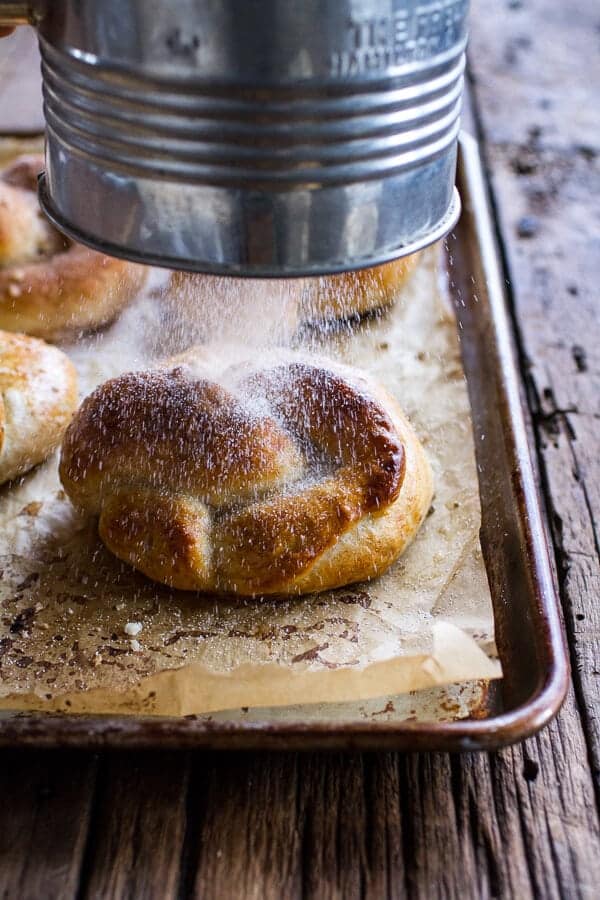 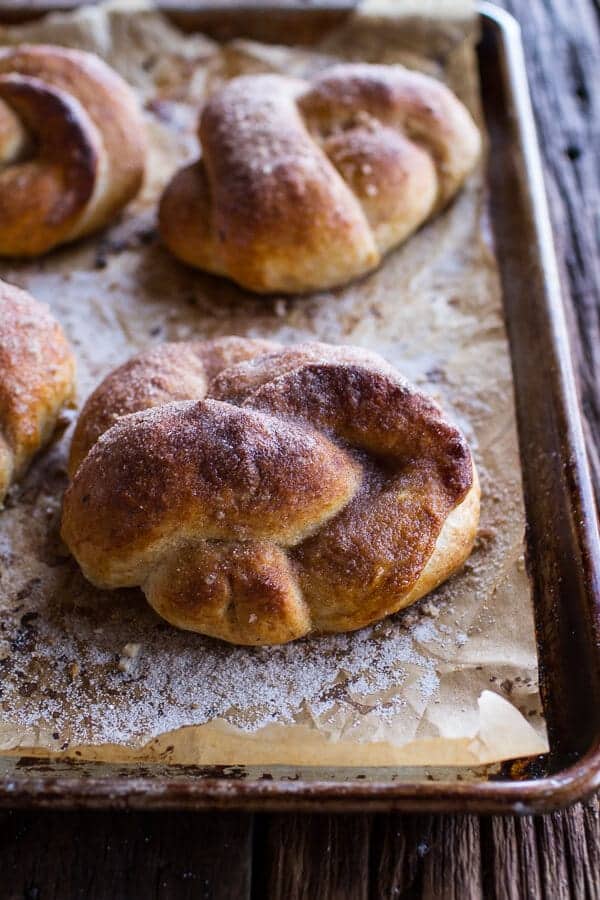 So, you guys are probably realizing that I love soft pretzels. Especially, soft pretzels stuffed with delicious fillings. Example one and example two. If you only click one of those links, click the second one. It’s the best.

I was hesitant to post yet another pretzel recipe because I really do not want to be predictable, boring or just plain annoying, BUT I just couldn’t resist these Hot Buttered Rum Apple Pie Stuffed Cinnamon Sugar Soft Pretzels (wow, that’s a mouthful), they’re extra special. Special enough to replace your Thanksgiving pie this year, yeah that special. And don’t be close minded to my suggestion. I mean, just look at these. There is cinnamon sugar, hot butted rum, caramelized apples and soft pretzel dough. I hate to say that these are better than pie, because pie is awesome too, but these are pretty darn amazing. And if you eat them with a scoop… or two, of ice cream (which you should) it’s kind of like a soft doughy pie. Honestly, I think it’s better than pie. There I said it. Don’t hate me until you try it. 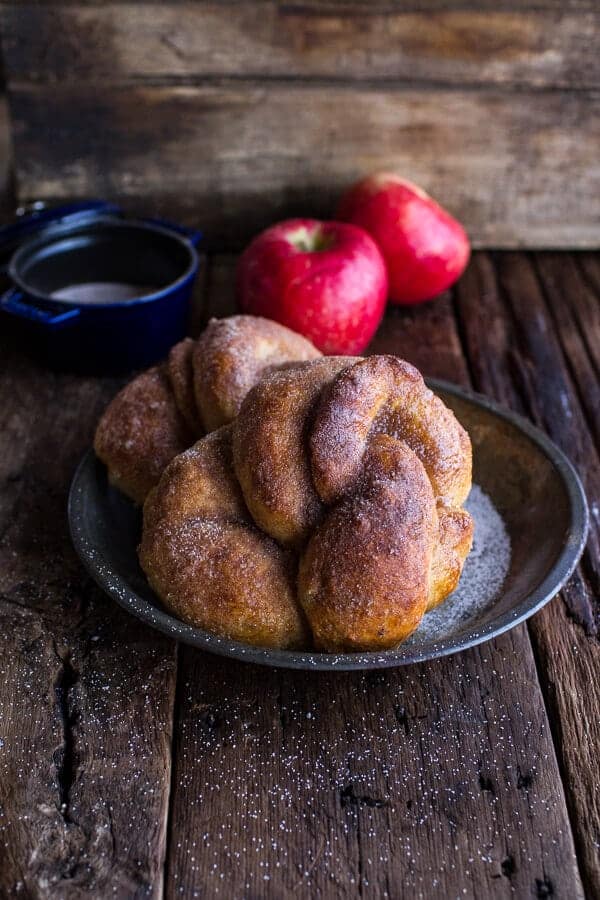 The pretzel dough is super easy to make and it’s one of my favorite doughs to work with because it doesn’t stick to you. Yes!!

The trickiest part to this recipe is rolling up the pretzels. I had a little 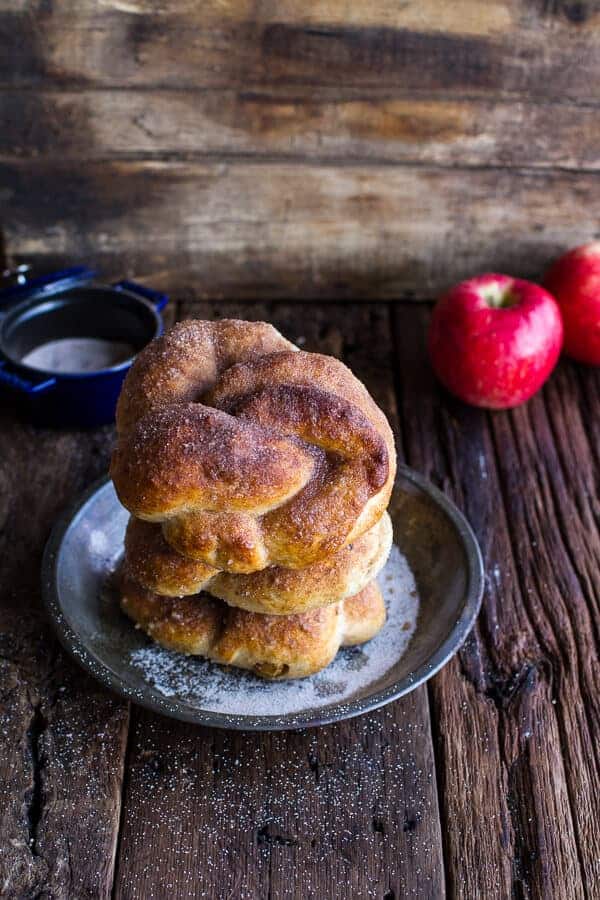 trouble with my dough tearing, but I figured out it was because I was trying to stuff too many apples into each pretzel. You really only want to have one single row of apples. It makes rolling up and shaping the pretzels so much easier. Don’t freak if you end up with a small hole or apple peeking through. That’s not a big deal, just be gentle with the dough because once you have a tear, it wants to keep getting bigger. It’s also important not to roll the dough too thin. The first pretzel will be the trickiest, but after that you will get a feel for it.

Other than that, these are actually super simple to make. Just mix the dough, allow it to rise, caramelize the apples, assemble, bake and generously brush on some vanilla butter (yes, vanilla butter) and sprinkle with cinnamon sugar.

You can also just make these into pretzels bites and skip the whole rolling process, but I really just love the look of soft pretzels. They are so cute. Plus, they remind me of being a kid and heating up frozen store-bought soft pretzels after school. Which, now that I have had homemade, all I can say about those frozen ones is, they taste like cardboard, and eeew. 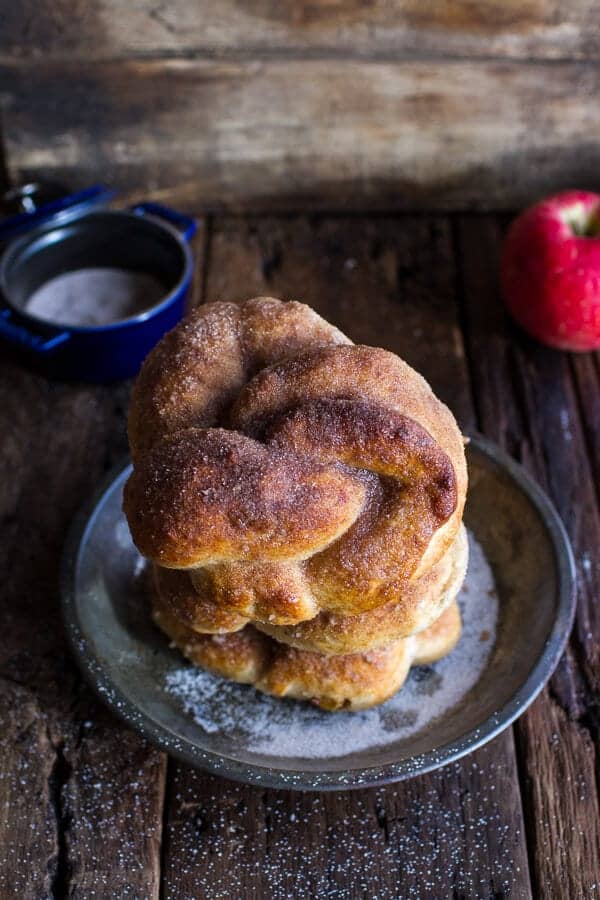 The best way to eat these is right out of the oven. Sure they are still good reheated or even eaten at room temp, but fresh out of the oven is really best. And please, don’t skimp on the ice cream.

The ice cream just tops everything off. 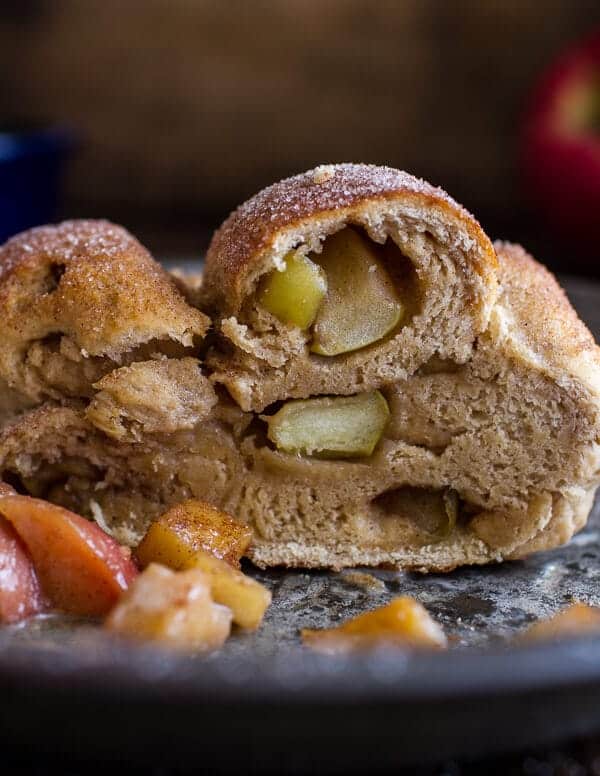 Lastly, if you want to prepare these in advance, you can prepare the soft pretzels completely, just don’t dunk them in the baking soda water or bake them. Leave the stuffed pretzels on a cookie sheet, cover and place in the fridge until ready to bake. Then, when ready to serve, dunk them in the baking soda water, bake and serve – hot…with ice cream. 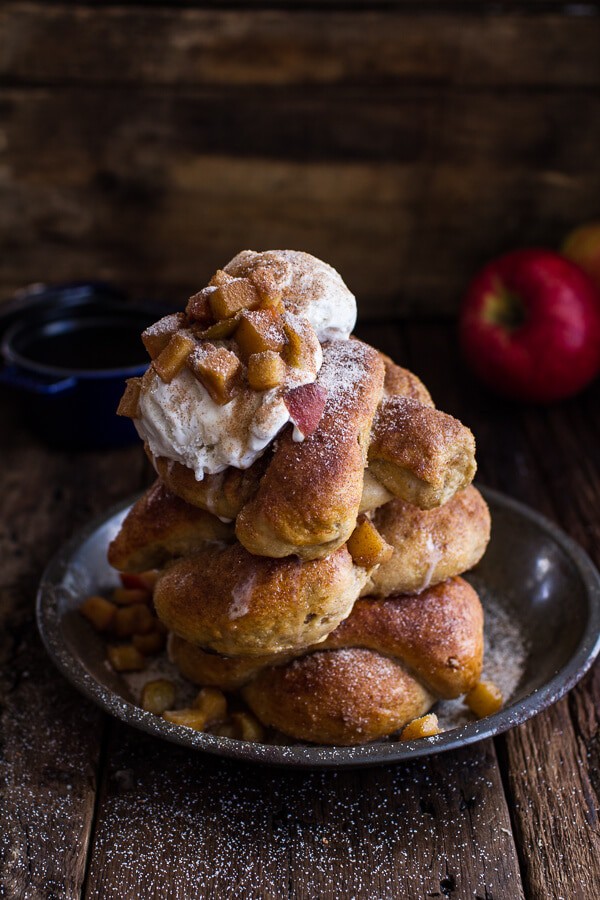 *If you are having trouble rolling up your pretzels and the dough is tearing on you it is probably for two reasons. One, you have too many apples in the piece of dough. You just want one single row of apples. Two, you probably rolled the dough too thin. The dough should be about 1/8 inch to 1/4 inch thick. Somewhere in the middle of those two numbers is perfect. *Adapted from [Warm Chocolate Chip Cookie Stuffed Soft Preztels | https://www.halfbakedharvest.com/warm-chocolate-chip-cookie-stuffed-soft-pretzels/.]
View Recipe Comments 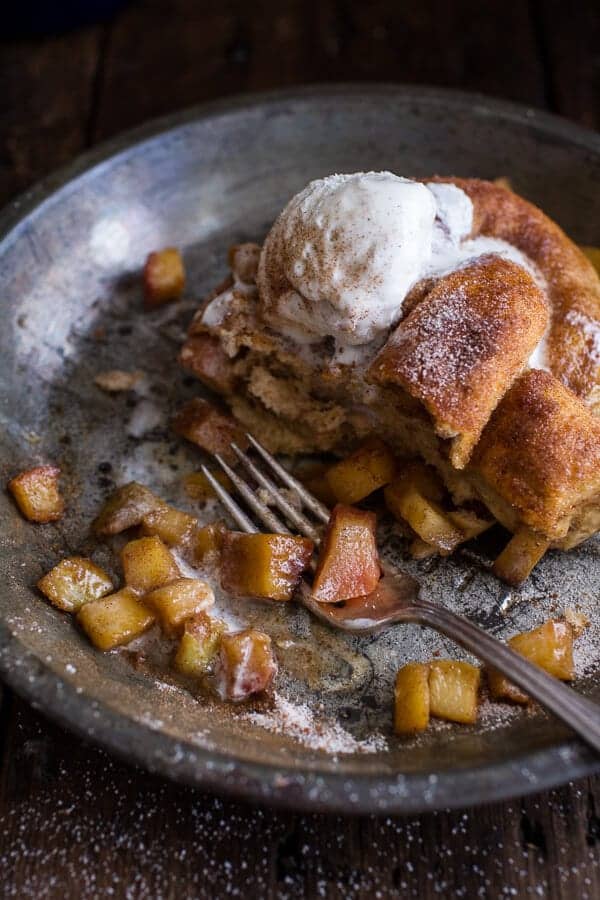 Now that right there? That is real life at it’s best. 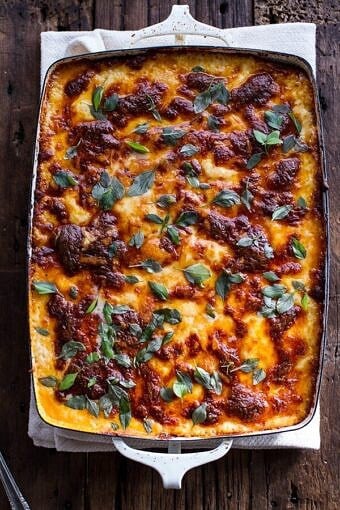