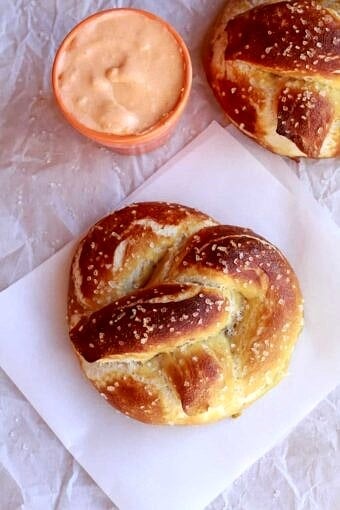 I have no words. 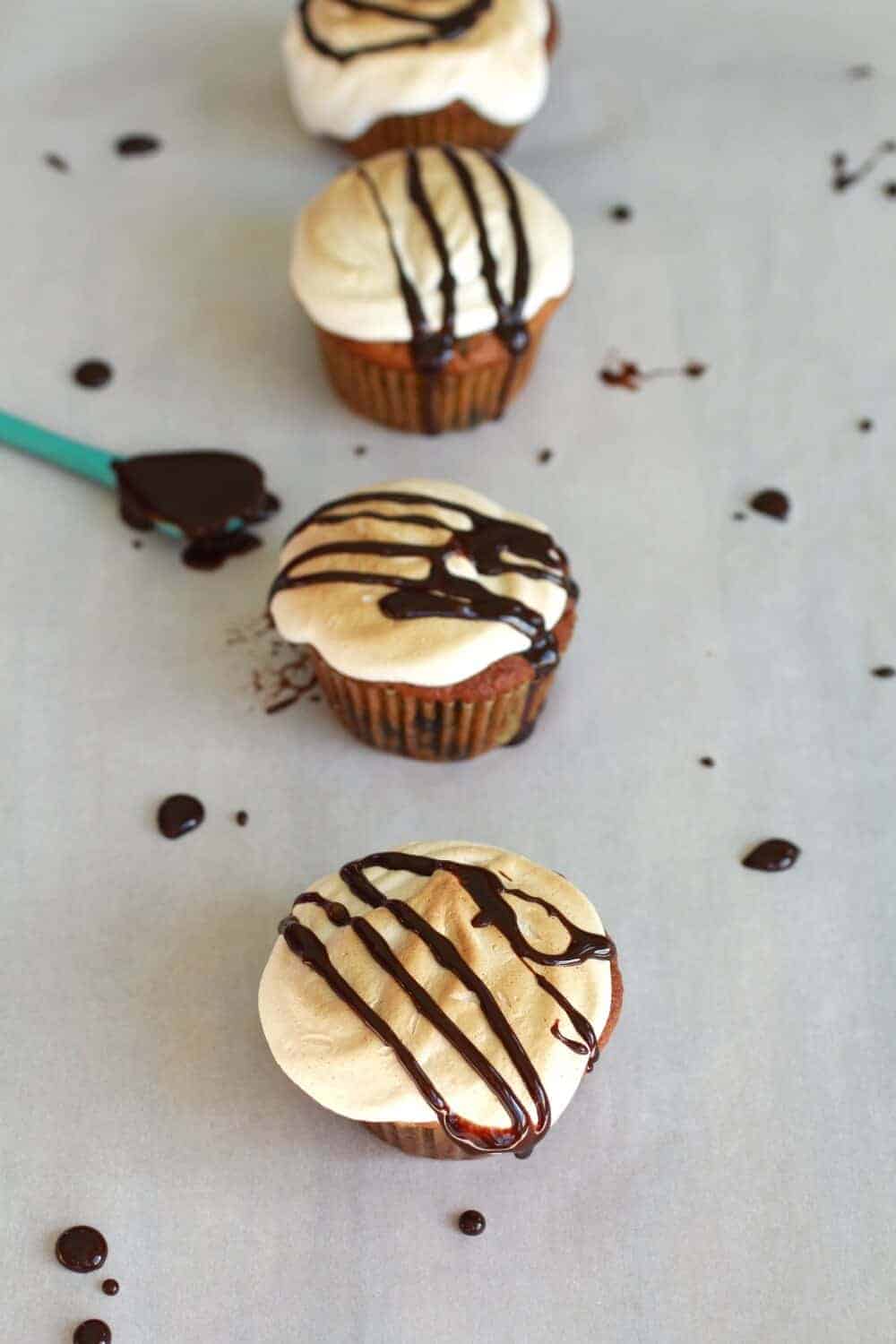 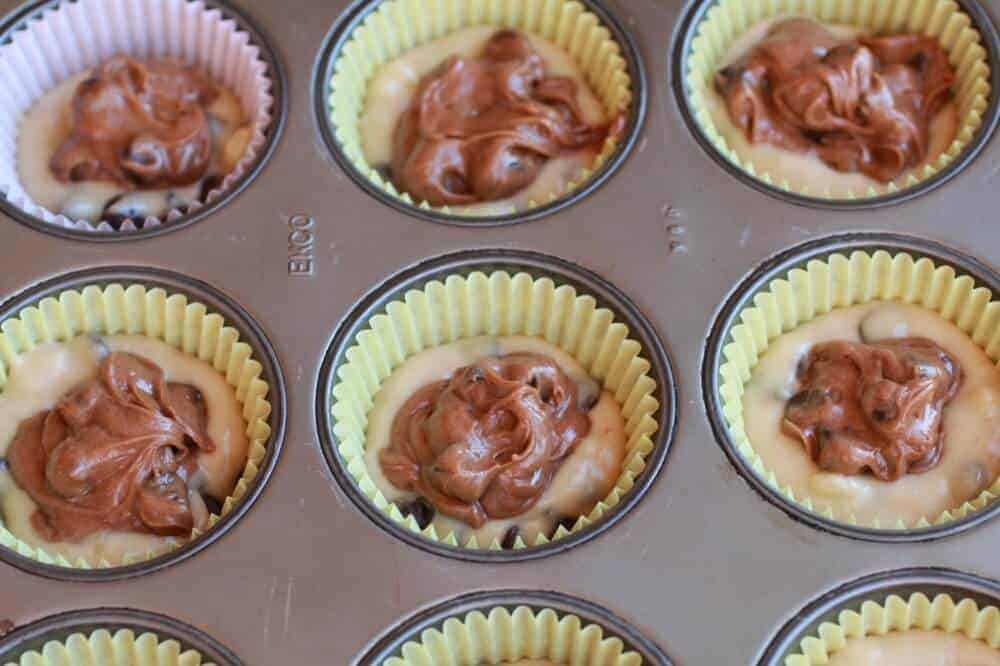 Yes, I made banana cupcakes and put brownie batter in the middle and then I made a toasted marshmallow meringue frosting. Then I proceeded to broil my cupcakes. Yes, I said broil!

You gotta toast those marshmallows! 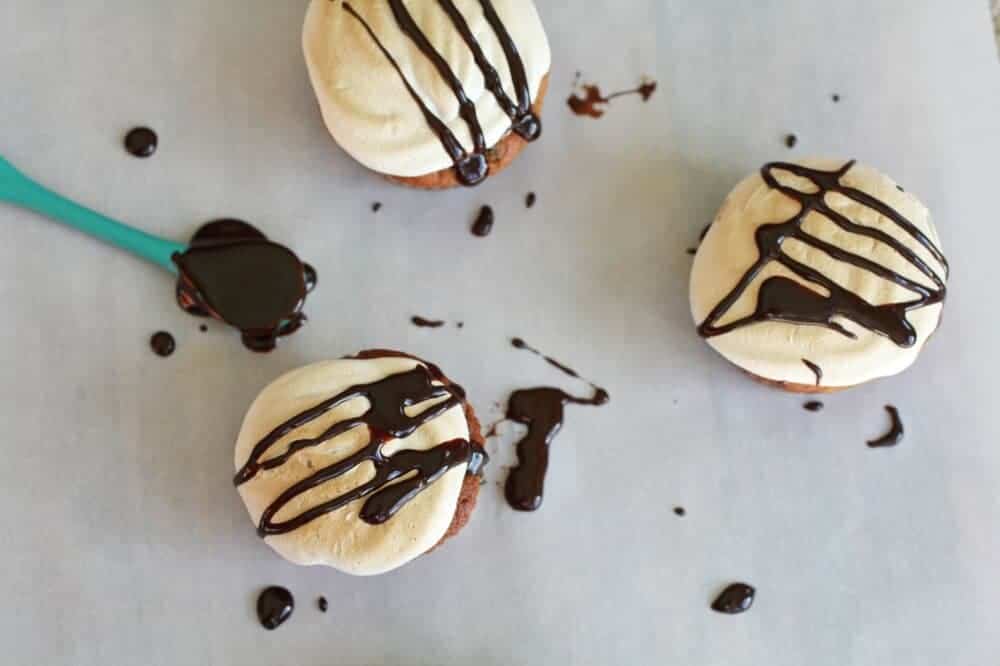 I had some very brown bananas that were seriously screaming at me! No, really every time I looked over they were like “Tieghan, use us now! Our flesh is at its sweetest, all we need is some chocolate. Please use us!”.

I am not going crazy. Promise. I just spend way too much time in the kitchen. 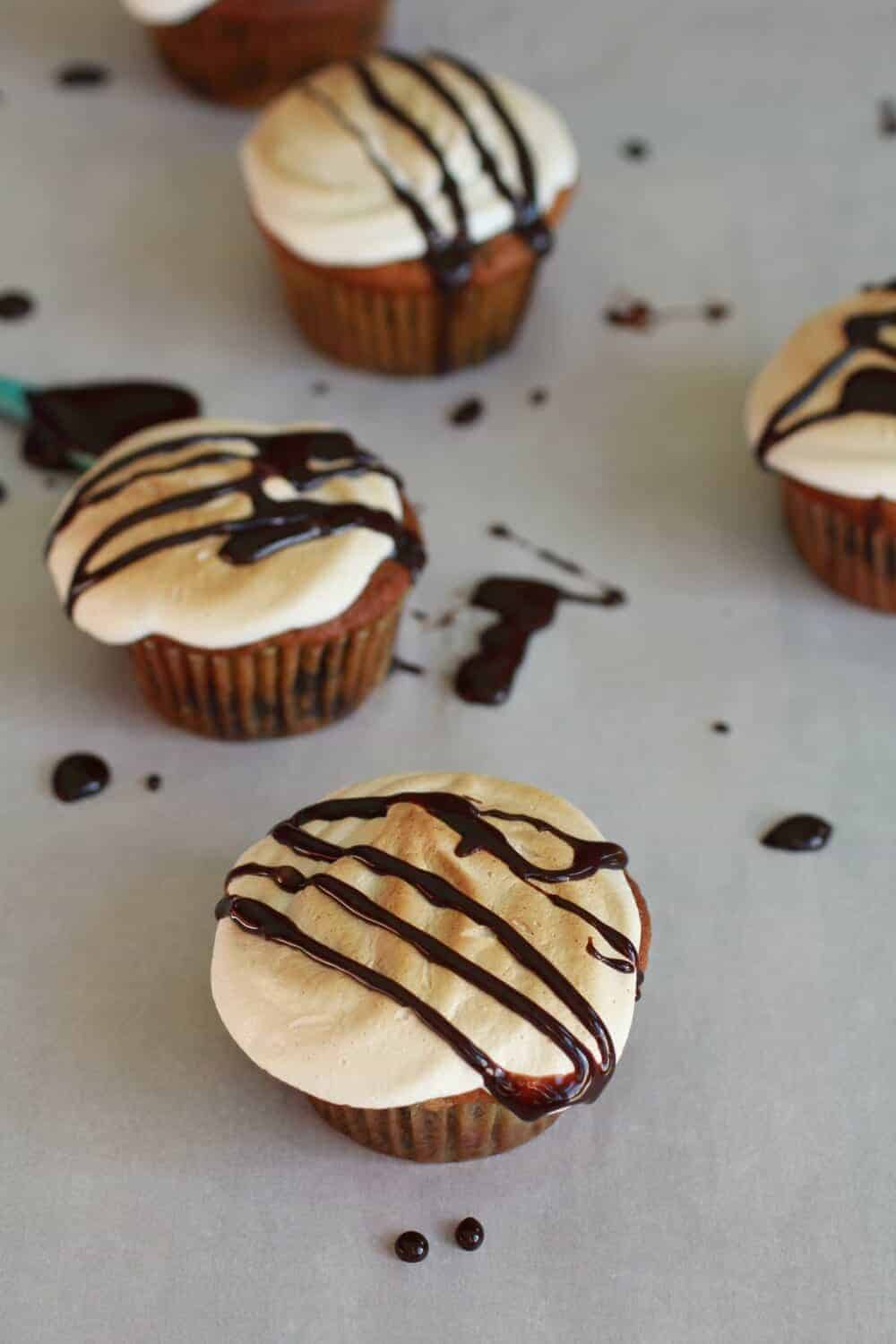 So I did what I had to and made some cupcakes……with banans and brownies and marshmallow meringue. Oh yeah, and a drizzle of chocolate fudge sauce.

I just could not stop adding things, I wanted banana cupcakes and I wanted brownies. But then I saw a picture of Mississippi mud brownies. You know the ones with marshmallows on top and a drizzle of chocolate sauce. Yeah, then I just HAD to add the Marshmallow frosting. I mean I had to. 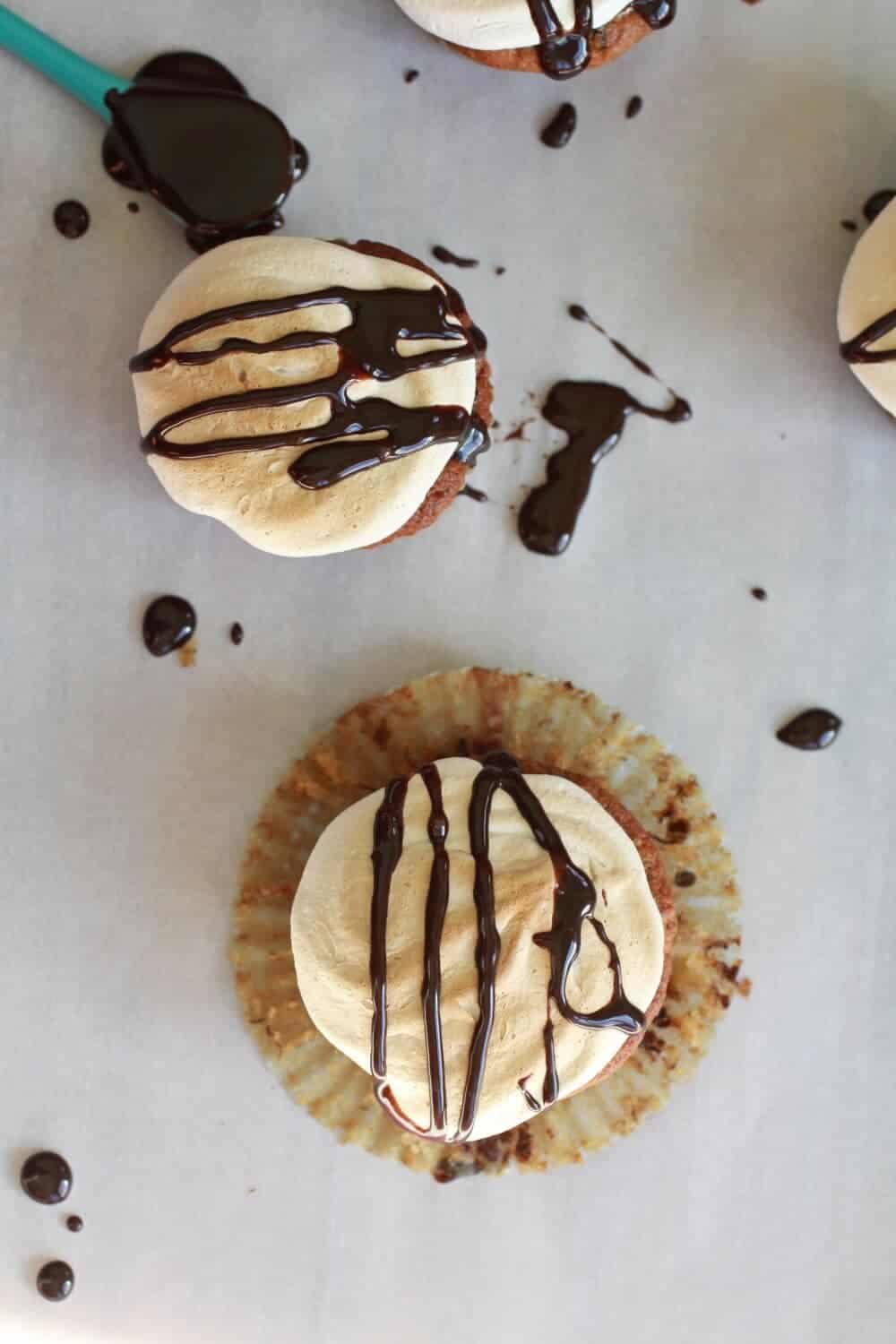 So these cupcakes turned out great, but my kitchen? That a different story. Honestly it looked like a tornado ripped through there. When I experiment things go flying, dishes go everywhere and occasionally I slip on that banana peel that somehow ended up in my path.

Let’s just say it’s not always so pretty. But it is spotless now (until tomorrow when I do it all over again). 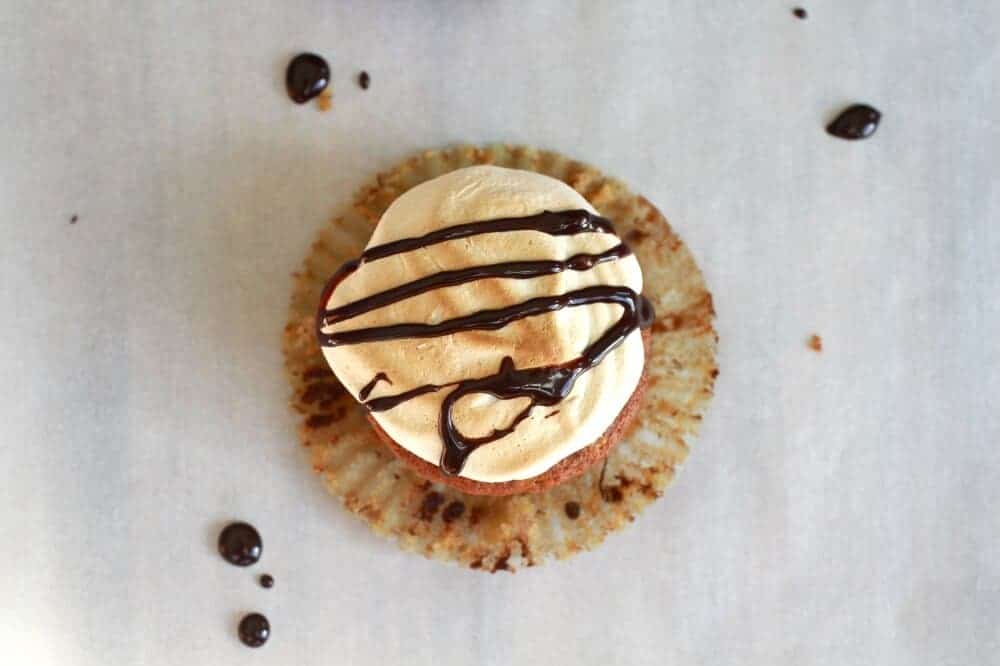 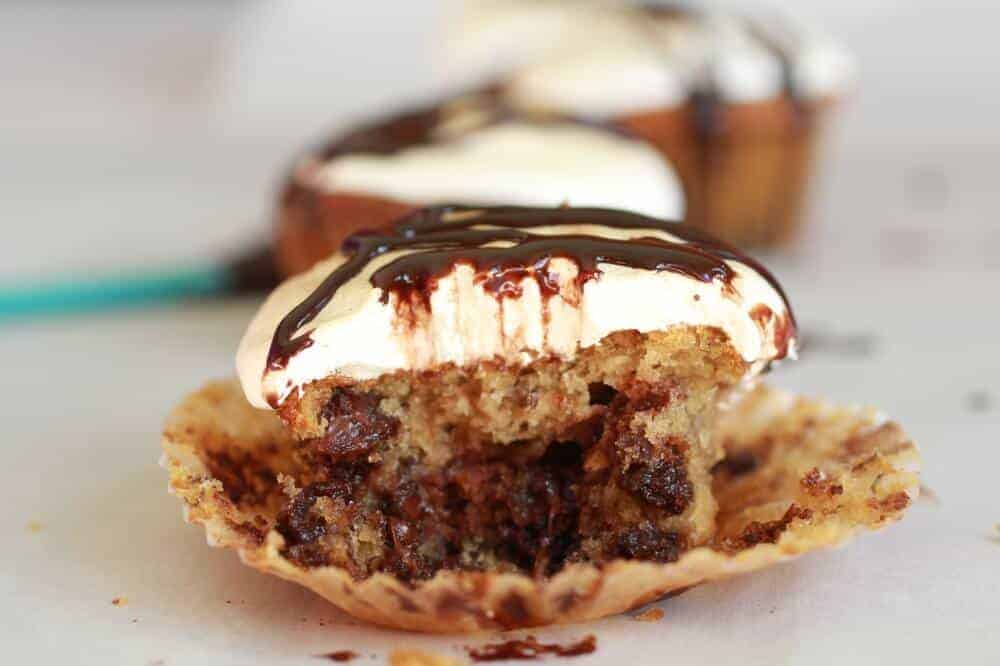 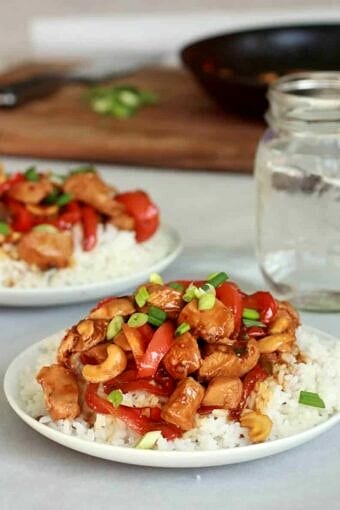