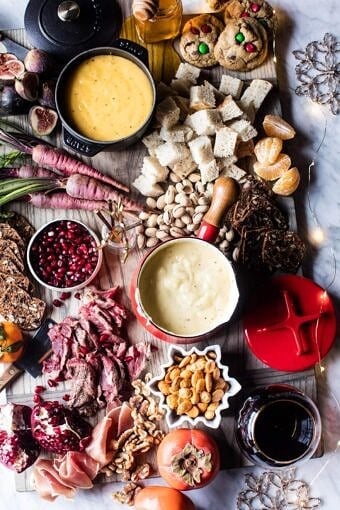 So many good things to share on this snowy Wednesday! 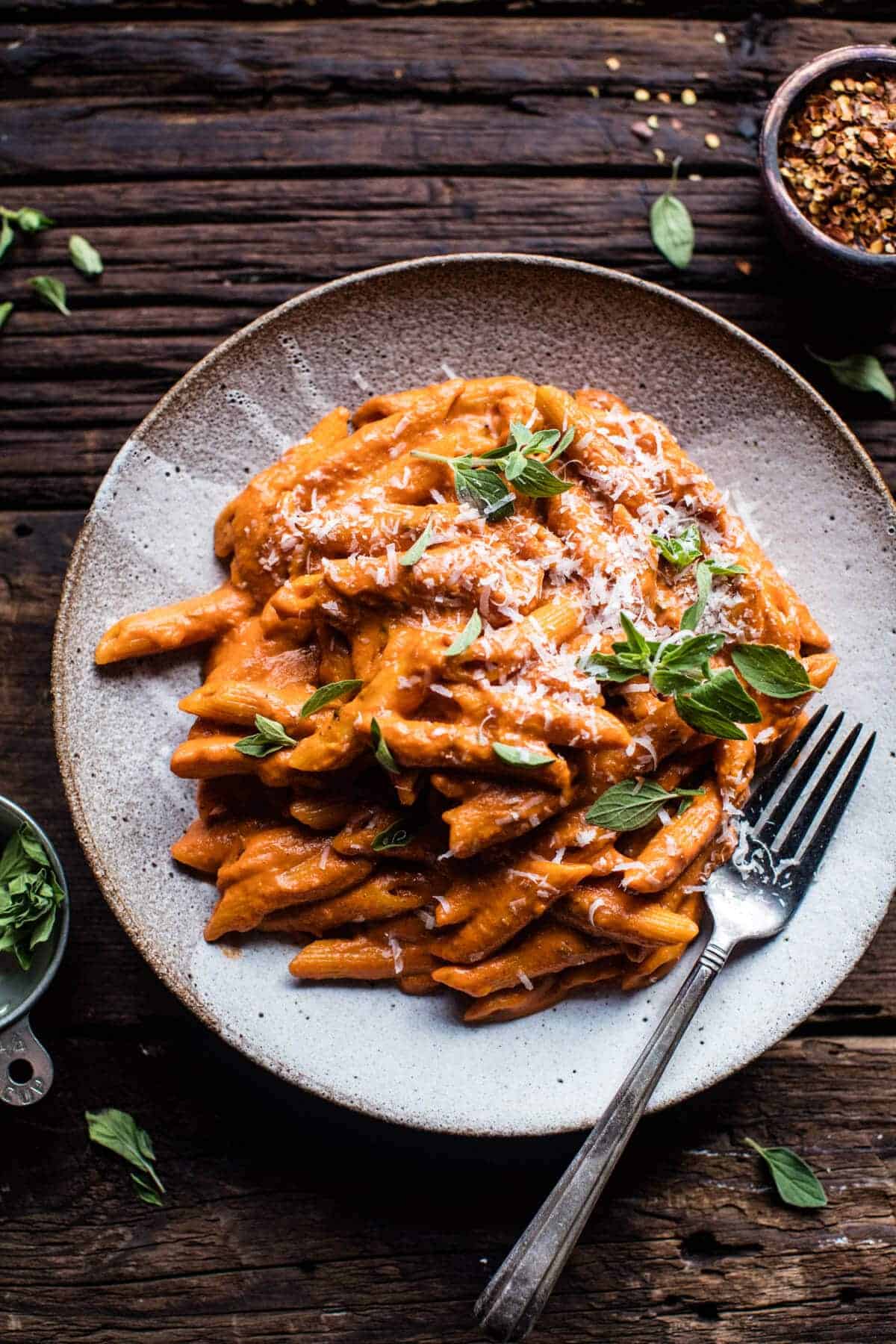 Thing one, this luscious Penne Alla Vodka. It’s creamy, cheesy, a little boozy flavored (but not alcoholy cause all of the vodka cooks out), SUPER EASY and DELICIOUS. The sauce is made in the crockpot, so it’s kind of perfect for those nights when all you can muster up the energy to do is boil some pasta and call it a day…aka TODAY.

I’m feeling like since it’s December, and we’re all still getting used to the cold, that nothing seems more perfect or cozier than a giant bowl of pasta, sauce and cheese. Just add some crusty bread, maybe a warm fire and call it a day…literally. I’m saying all this because it’s currently snowing like crazy out (lovin’ it) and I am currently huddled by my heater, staying all toasty warm but wishing I had a bowl of this pasta in front of me. <-truth. Anybody in the same boat or what? I hear you midwest people got some snow…are you loving it or hating it?

For me, the entire month of December should be filled with snowy days and nights. It’s just one more excuse to eat pasta, watch Christmas movies, and drink hot chocolate. Obviously. 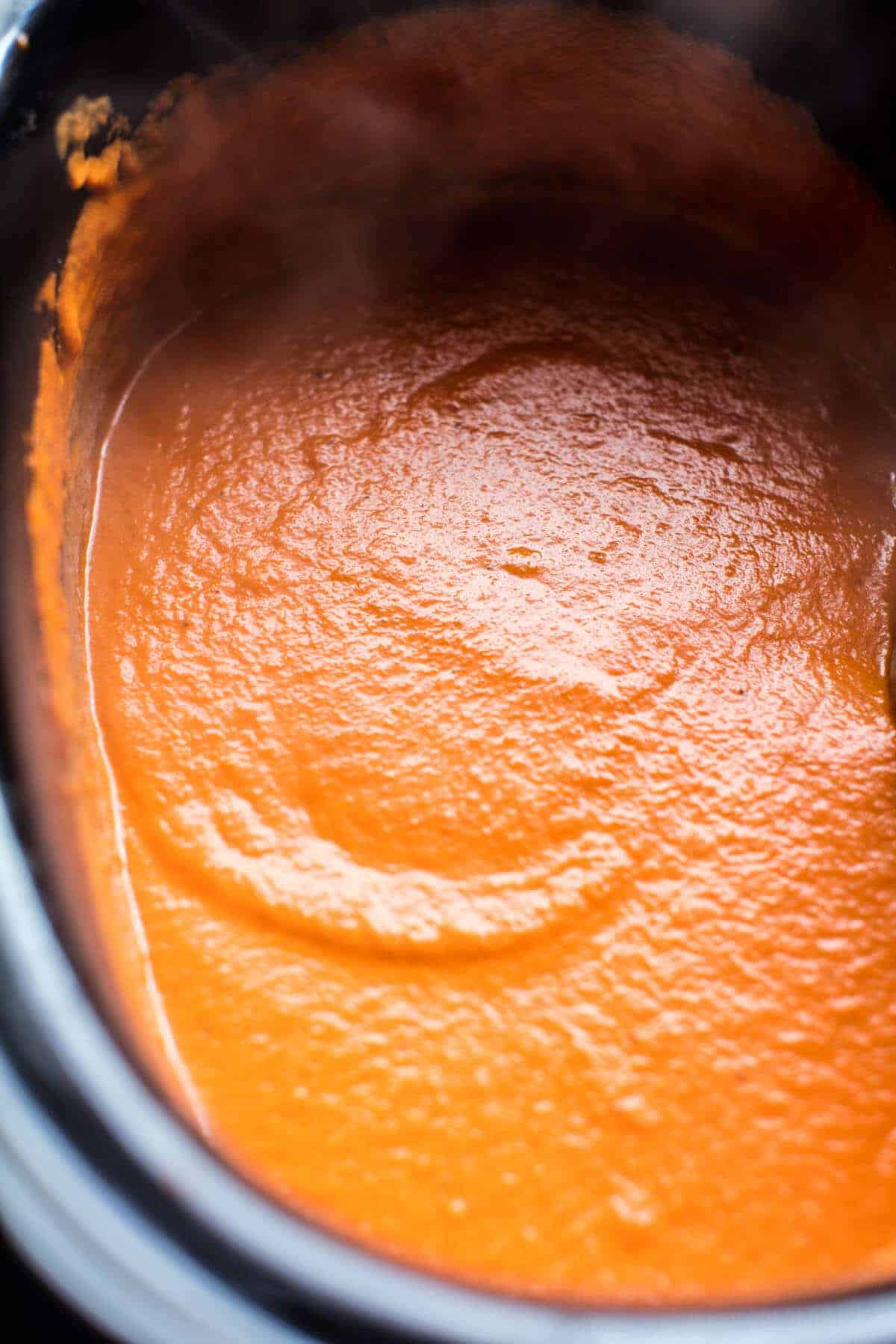 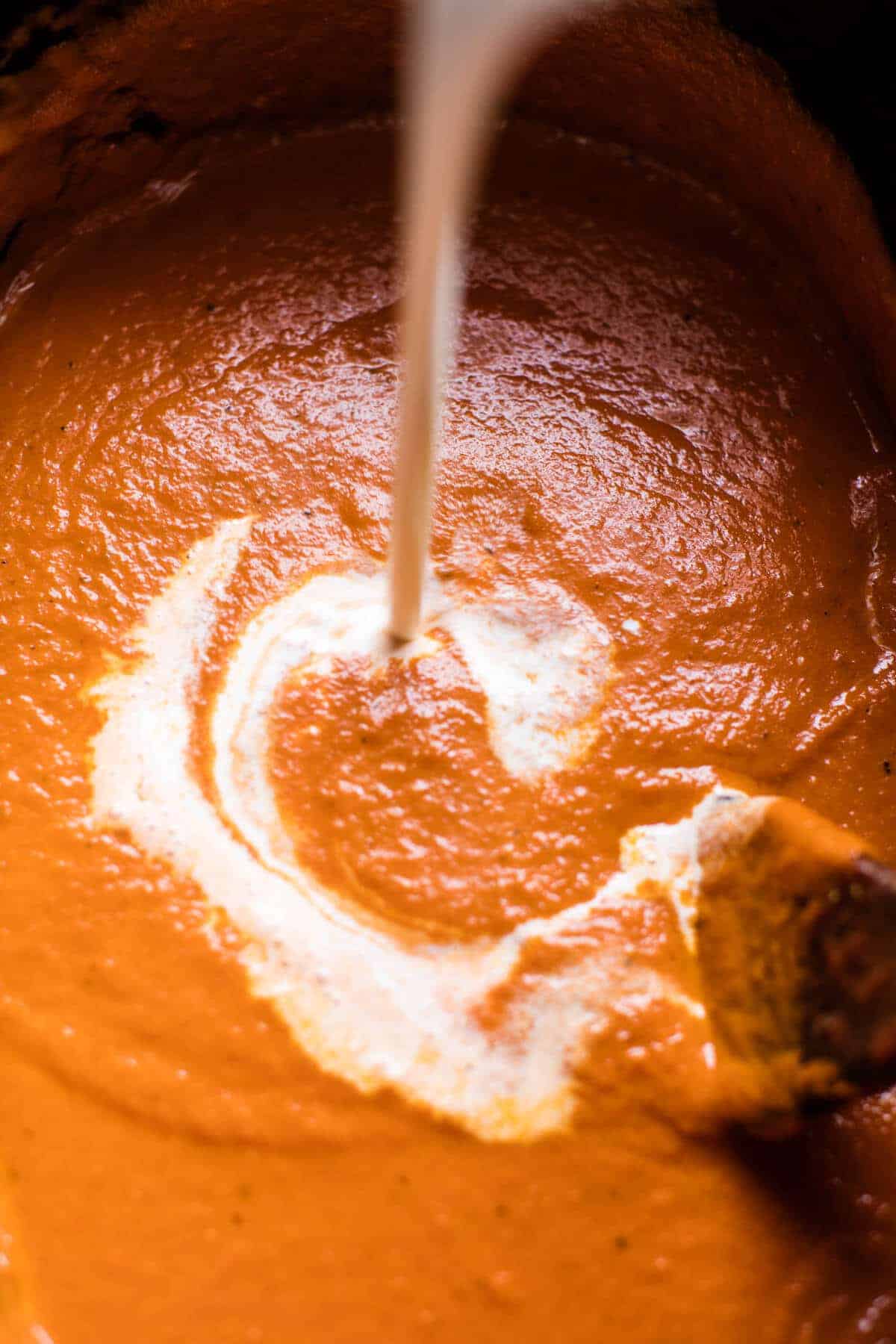 Thing two, Monday night was spent watching my little sister, Asher perform in the town play of Harry Potter and the Cursed Child <–seriously. Not sure how my little ski town decided to put on a Harry Potter play, but they did, and it was awesome…or I mean, fun…or I mean, entertaining. Let’s just say it was hard to keep a straight face throughout the performance. None of the kids were older than ten or eleven, so as you can imagine, it’s was a little all over the place. Asher didn’t have many lines, but for one of them, she was standing in the wrong spot on stage (in the dark). The teacher literally picked her up and moved her into the spotlight all while she continued speaking…freaking hilarious. I almost wasn’t going to go because I’m slightly swamped with end of the year work, but when Asher called to ask me to come, I just could not say no. Glad I went too, because it was so fun to see Asher in the play. I’m clearly biased, but she was the best…and the cutest!

Plus, I finally got to see my younger brother, Red who’s been traveling for over a month. It was a short catch up, but I mean, at least I got to say hey to the kid, right?

This would have been the perfect dinner to have waiting for everyone at home, but the fam all decided they wanted to go out. I unfortunately had to get home to finish some things up, so I got to drive home solo in the snow storm. Luckily I’m used to the snow and have good tires. In all honesty, I have seen worse weather around here (I just don’t usually have to drive in it!), but I really enjoyed seeing all the Christmas lights in Breckenridge that seemed to highlight the falling snow. <–major dork alert. 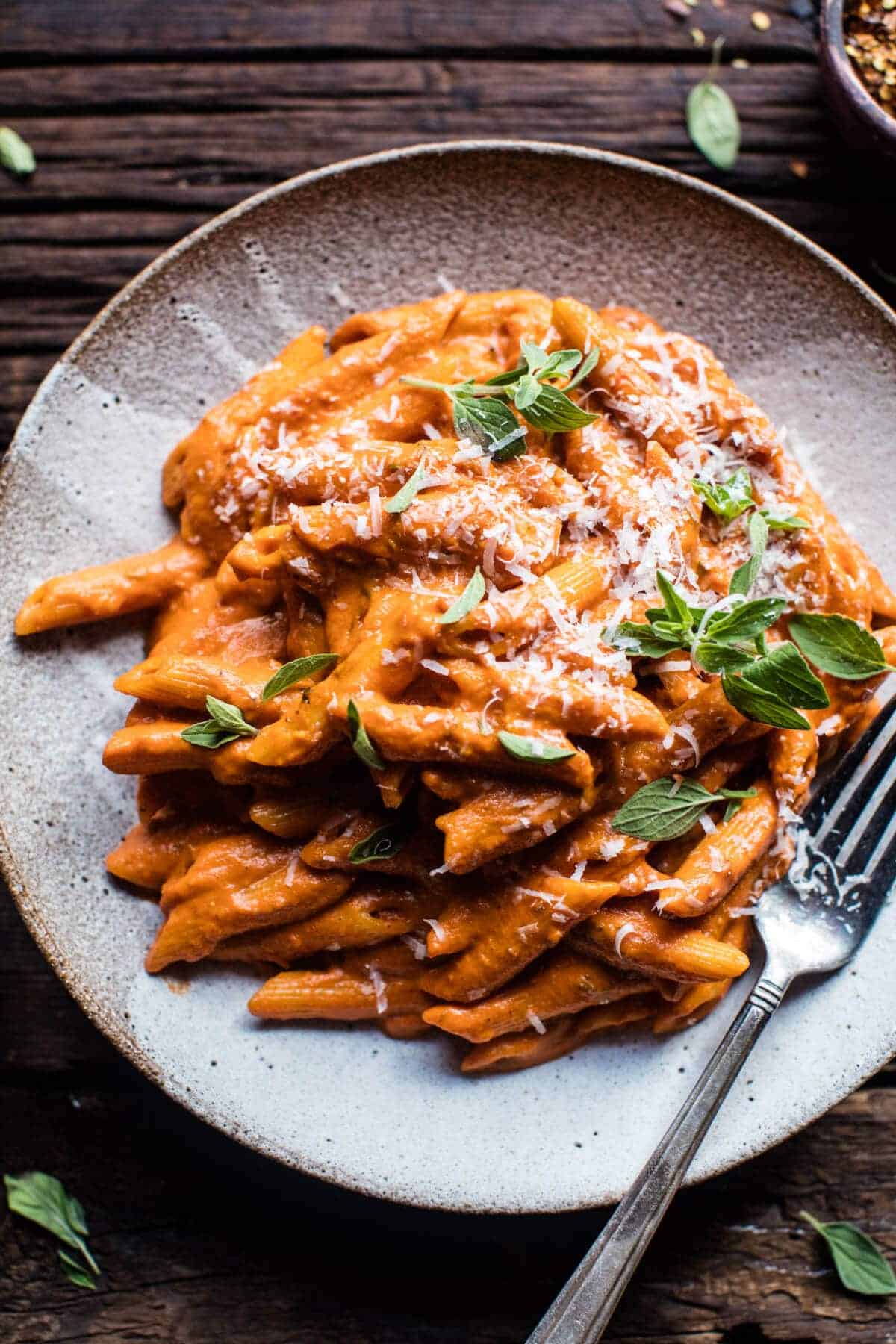 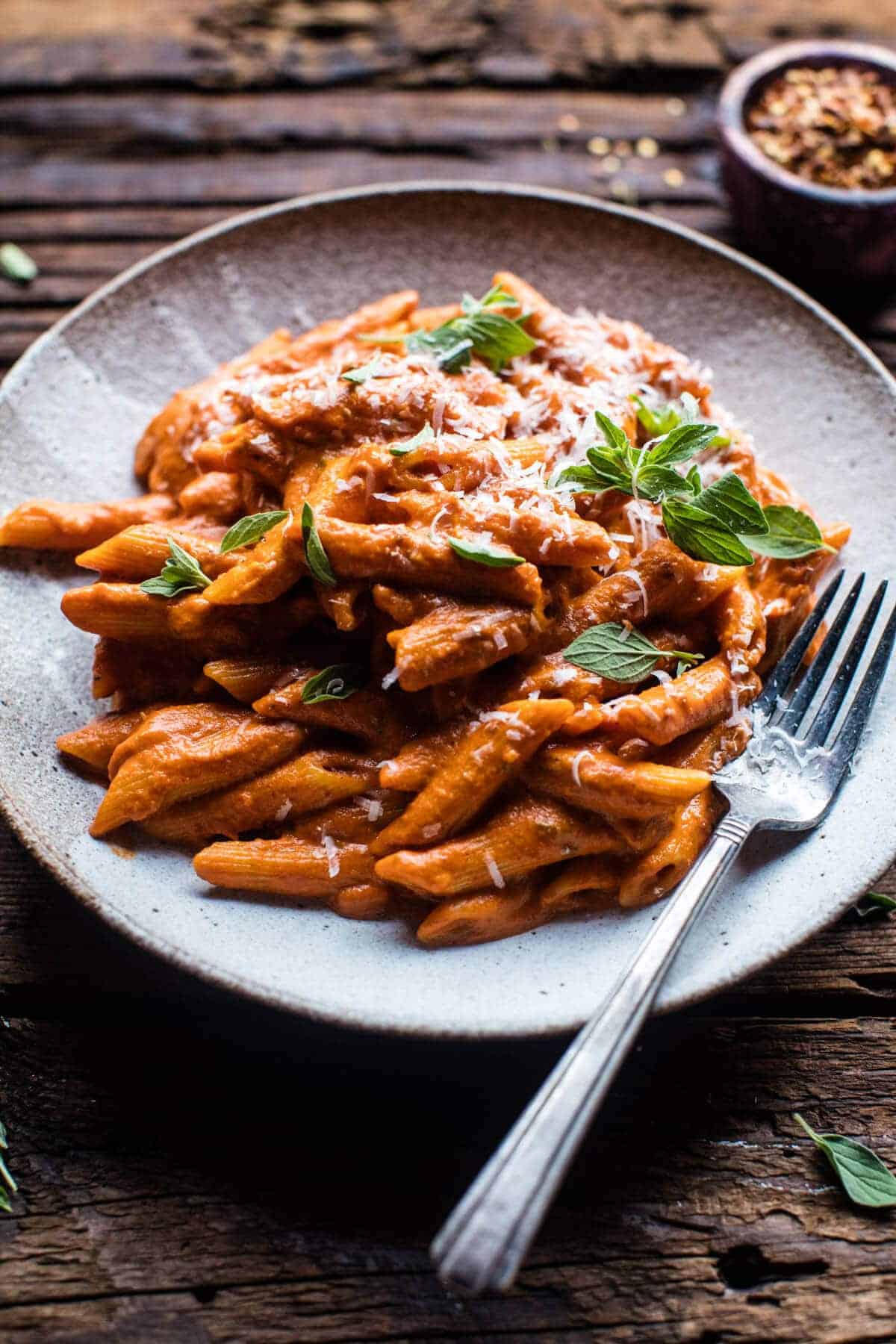 Anyway, this penne alla vodka has been my go-to dish to make on Sunday nights and then serve the leftovers throughout the week. This dish makes a lot of sauce so it’s great the first night served over pasta, but then you could totally get creative with the leftovers. I’m talking pizza, pasta bakes, served with eggs, the options are kind of endless!

If you’re serving this to kids, don’t worry about the alcohol, it all gets burned off during cooking (first you boil the sauce, and then you cook it for a min of 4 hours!). All that you’re left with is a deliciously flavored tomato sauce.

A must do with this dish though? Top it with lots and lots of freshly grated parmesan and serve it with crusty bread for scooping up extra sauce. 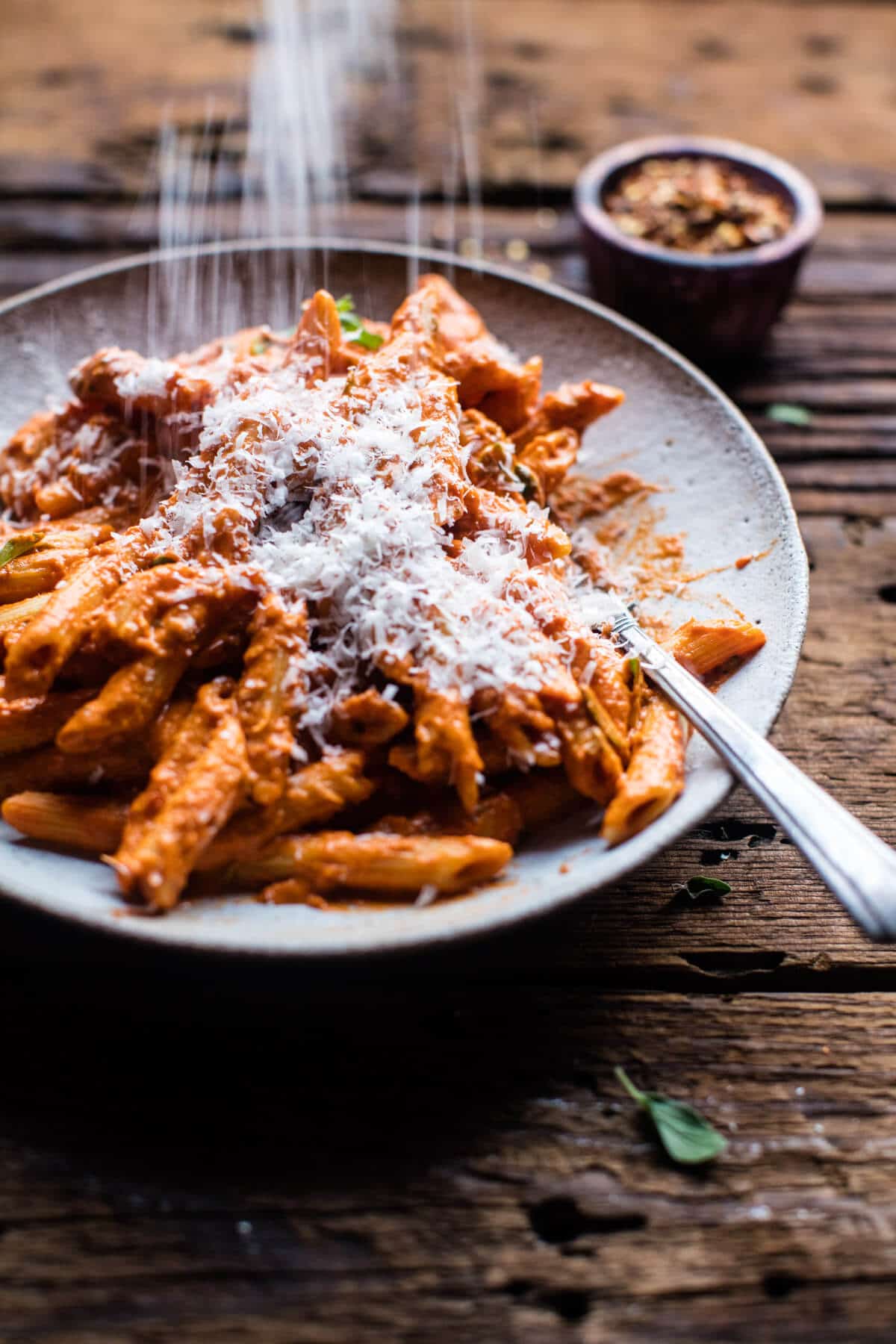 *You can use the oil from the sun-dried tomato jar in place of the 1/4 cup olive oil.
View Recipe Comments

ps. since you already have the vodka out, may I recommend these festive Pomegranate Moscow Mules?! Happy Wednesday! 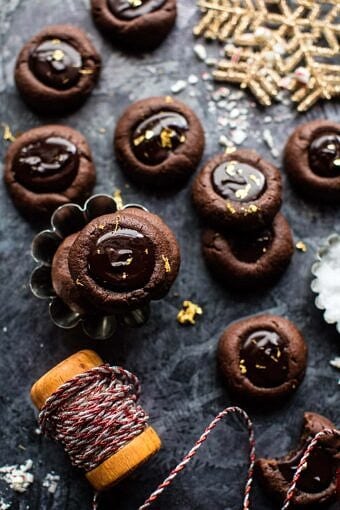