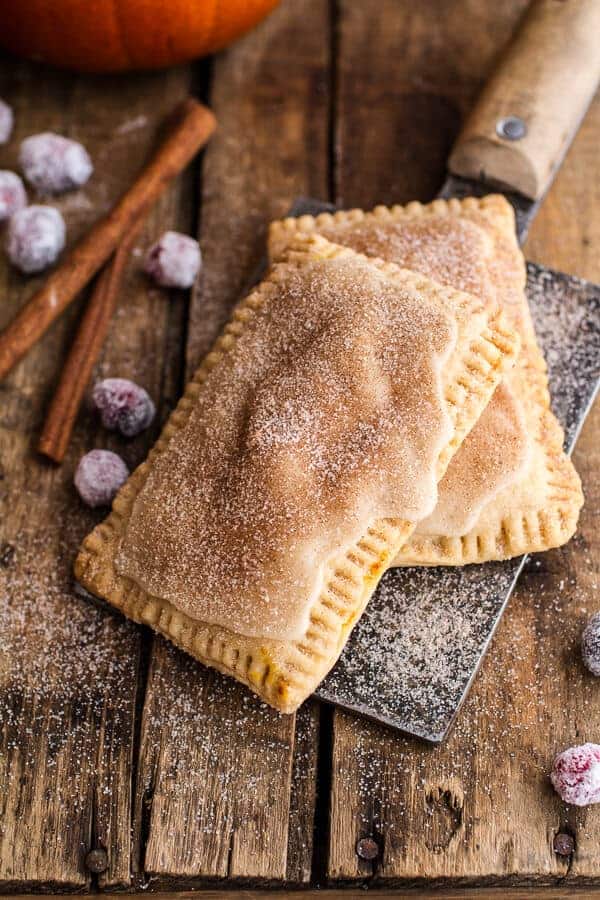 I made us Pop-Tarts!! 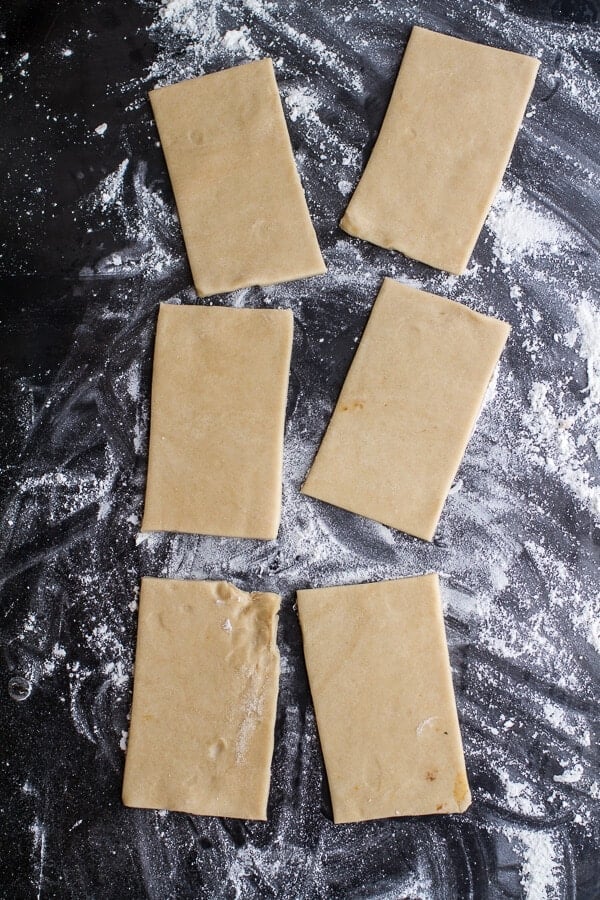 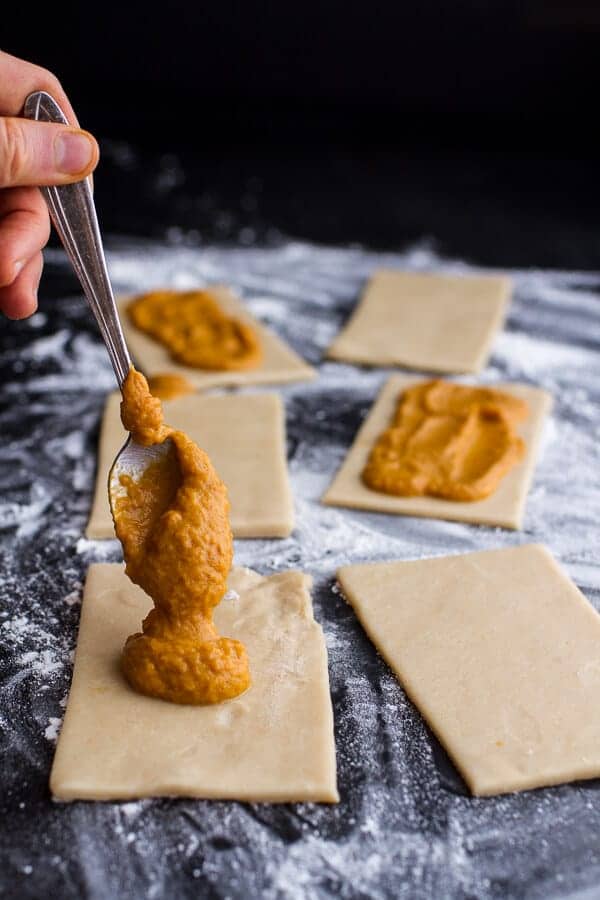 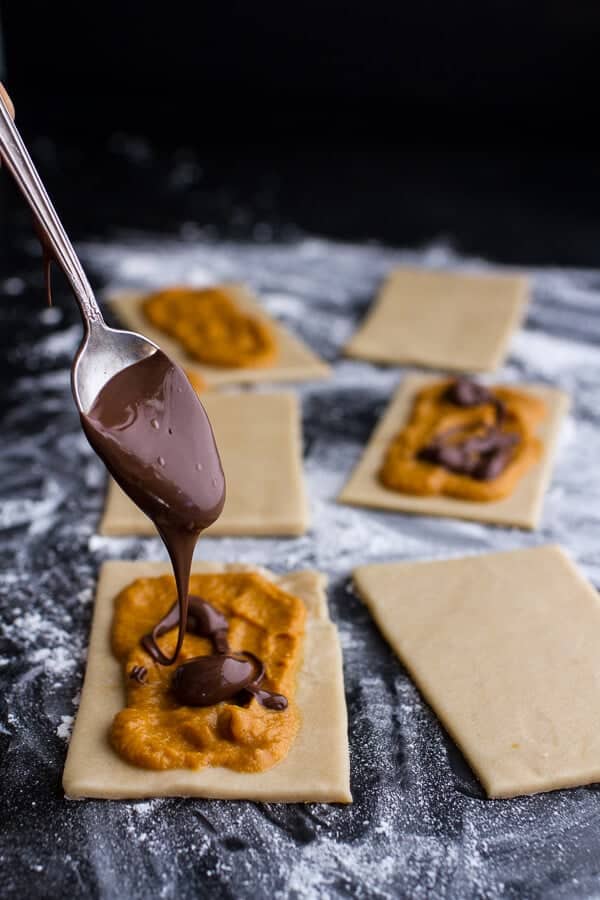 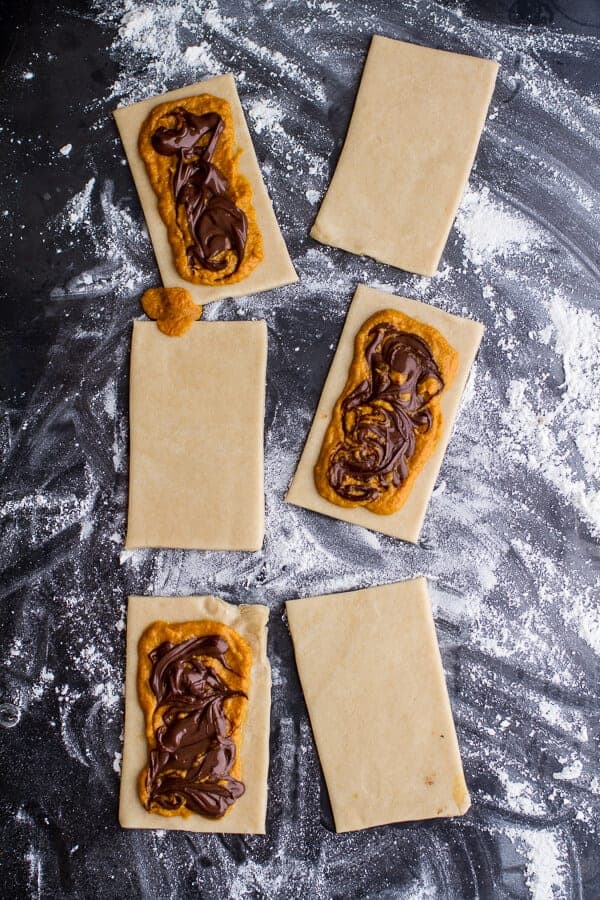 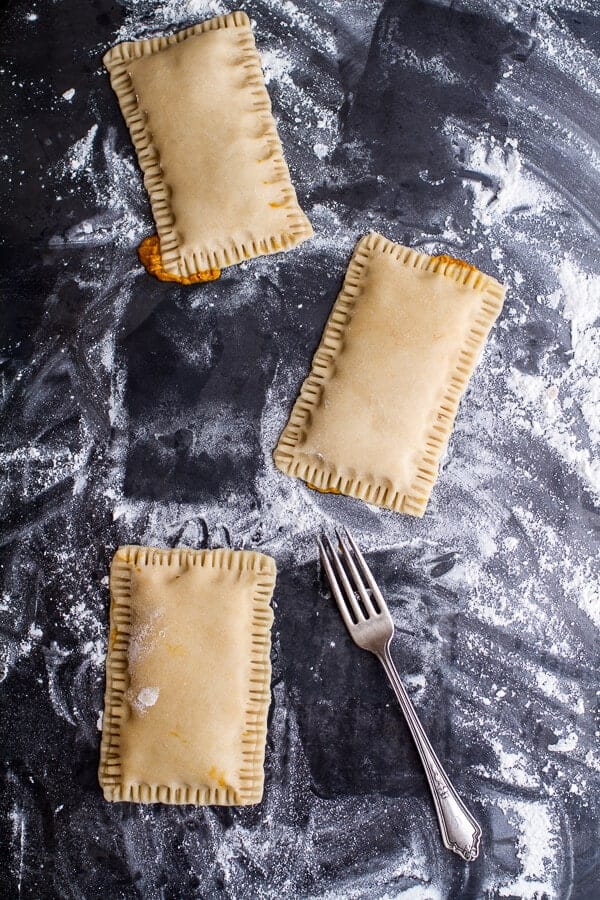 Filled with pumpkin pie and Nutella and even a little whole wheat in the dough. You know, for balance and all.

It made sense at the time, but I am thinking that today is not about balance in any way. It’s a day all about candy after all. So yeah, I think balance goes out the door today. 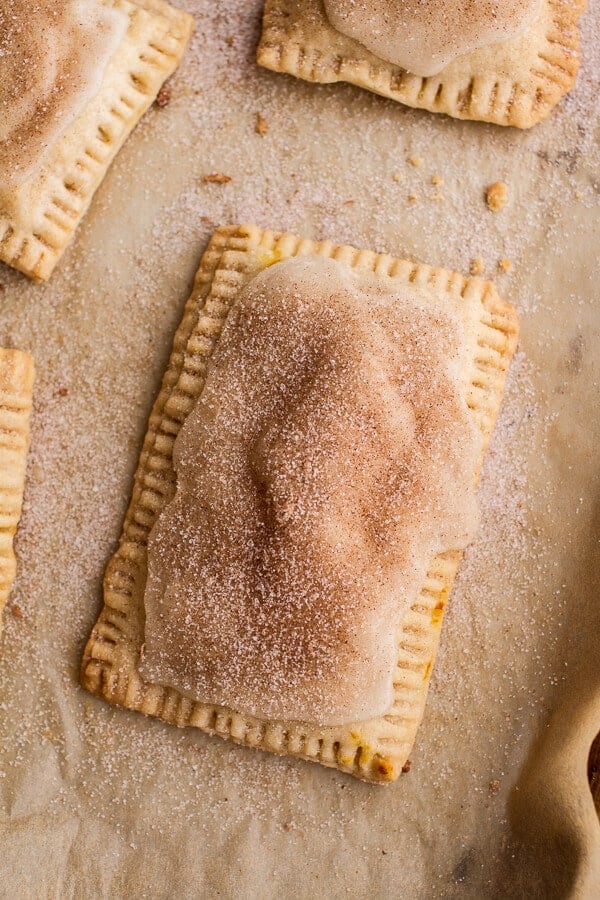 With today being Halloween and all, I really did not know what to show you guys. I went back and forth on what to do. It’s kind of a weird day food wise and to be honest, I really wasn’t sure what you guys would be looking for. Sweet, savory? I don’t know.

I just went ahead and skipped right on up to Thanksgiving, since it’s officially time to start talking holiday eats. YESSS. This is my favorite. I live to talk about holiday eats. They are the best. 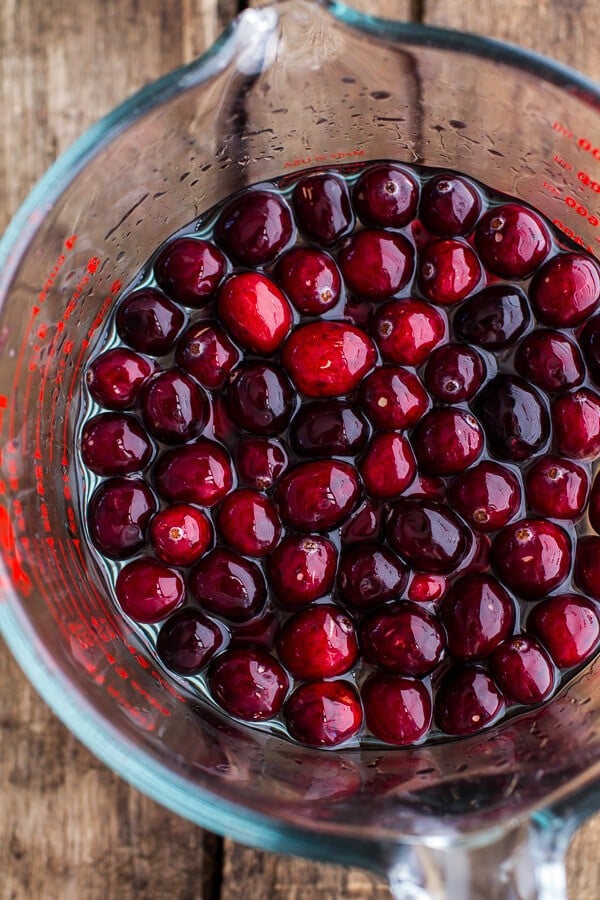 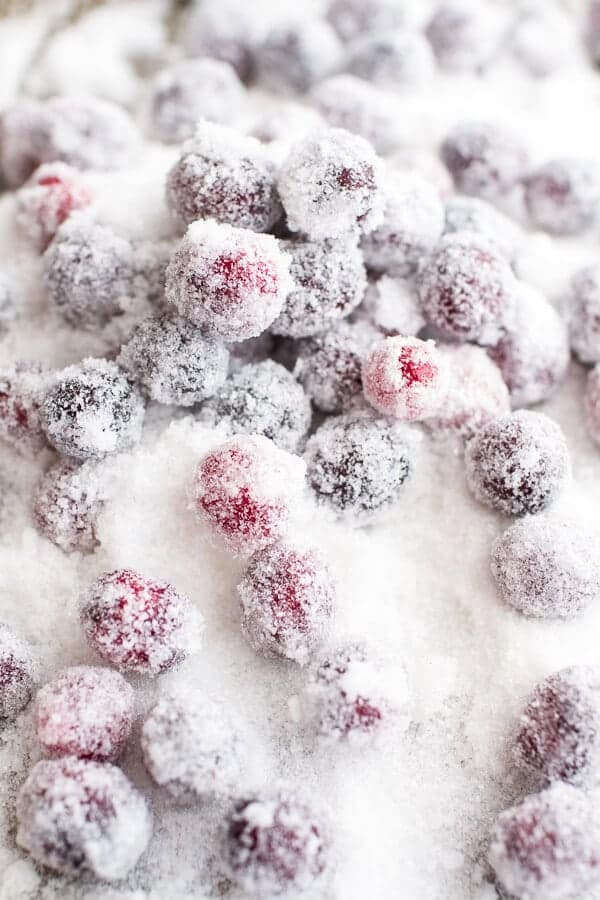 I am also feeling like I should keep this post short and sweet today since you guys have trick-or-treaters to be feeding, candy to be eating and possibly parties to attend. But let’s talk about these pop-tarts just a little. I can’t help it, I am crazy excited about them.

I am not saying you have to make these cuties in place of your classic Thanksgiving pumpkin pie or anything. What I am saying is that you should be making these all month-long to get in as much pumpkin action as you can. Plus, there is Nutella involved and if you did not know, pumpkin, cinnamon and Nutella are kind of a dreamy combo. 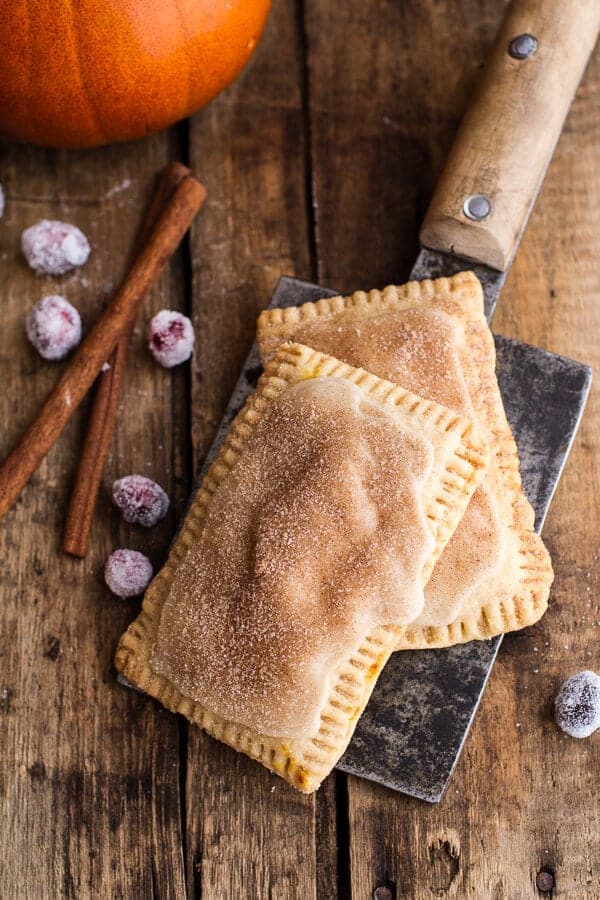 Have you guys noticed just how many recipes I am posting with cinnamon right now? I really hope not. So many that I can’t even count them up because then I would fill guilty for not showing you guys enough variety this autumn. I just can’t seem to help it, I want cinnamon on everything right now!

I don’t think I can call it a problem though because cinnamon is actually SO good for you. So there, I guess I am subconsciously looking out for your health. You are so welcome. 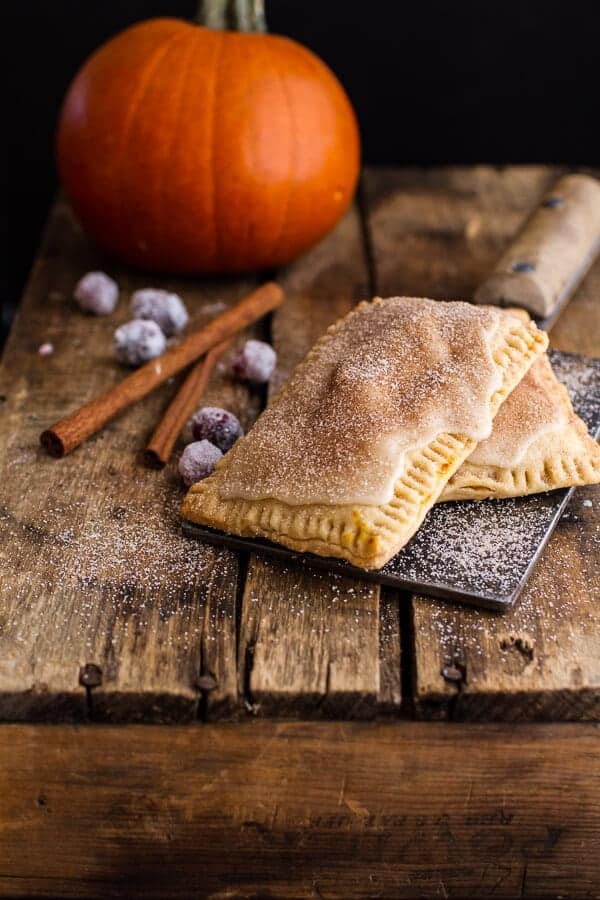 Last September (meaning September 2013) made these homemade chocolate fudge pop-tarts, which I will not lie are still my very favorite. How could they not be? Go look at them and you will understand.

Anyway, ever since I made those pop-tarts I have been wanting to create another flavor. This time though I wanted the flavor to be a new one. Meaning not one Kellogg’s came up with and I re-created. Here’s the thing, I have had this idea for months. Like months and months. Think last November guys. I know, that’s a long time, but I am so excited to finally be sharing the recipe.

These are so good and if you are a pumpkin lover, then these pumpkin pie pop-tarts are definitely for you. 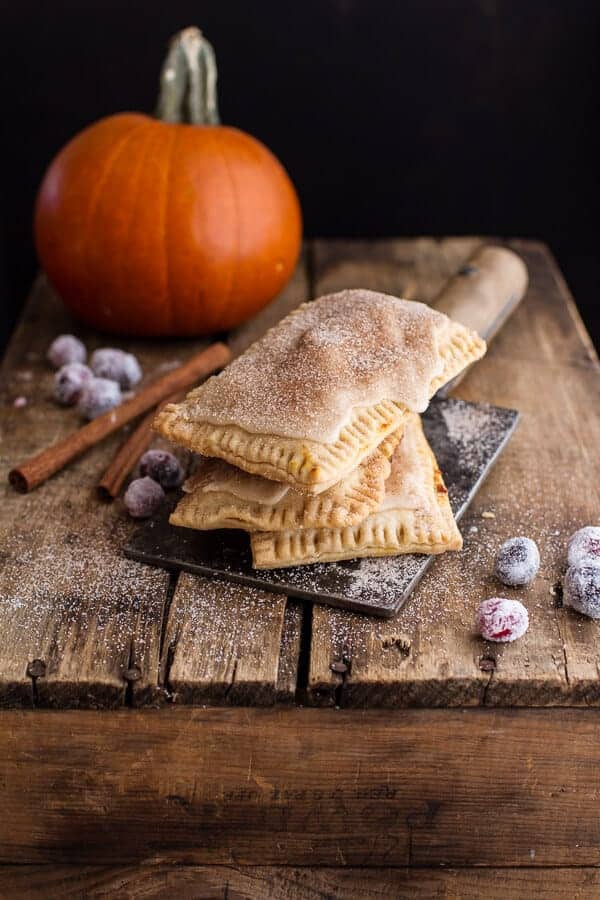 I used my favorite pie crust for the pastry. Don’t freak because you have to make pie crust, this is an easy crust. And the filling is literally pumpkin + Nutella. 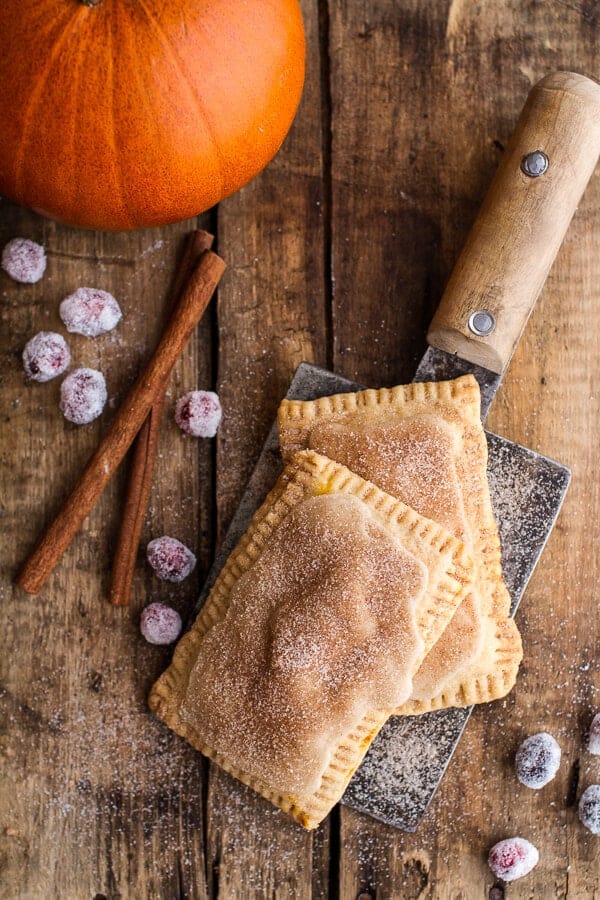 You know what makes these the best though?

The brown butter maple glaze… sprinkled with cinnamon sugar. Seriously, there are no words. 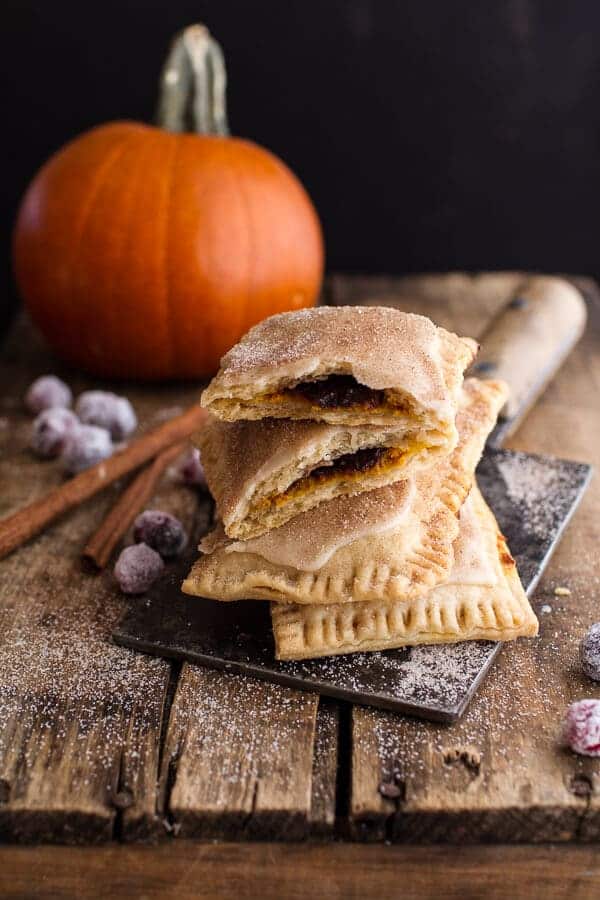 Oh, and if you want to get all fancy, you can make some sugared cranberries for snacking on the side. Plus, they make things look so pretty and festive! 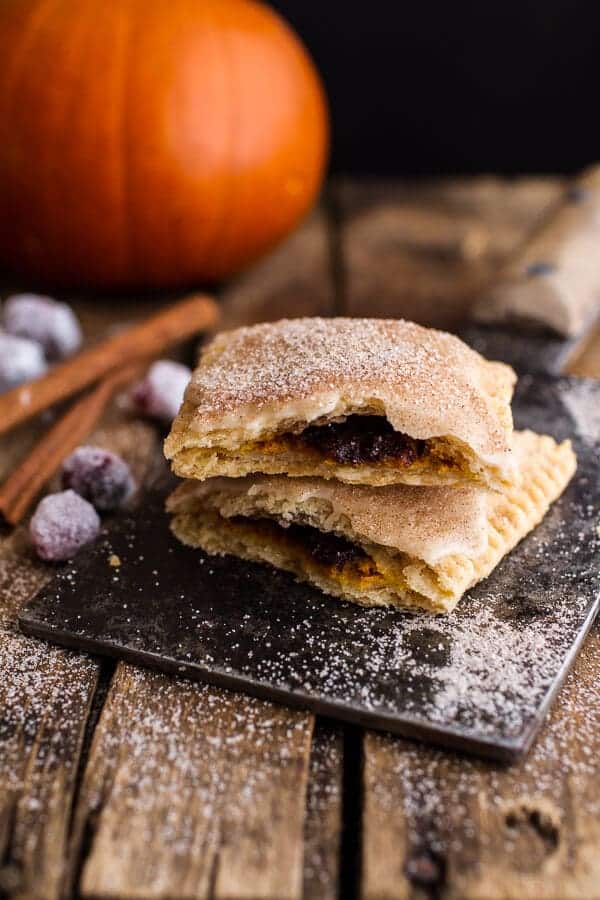 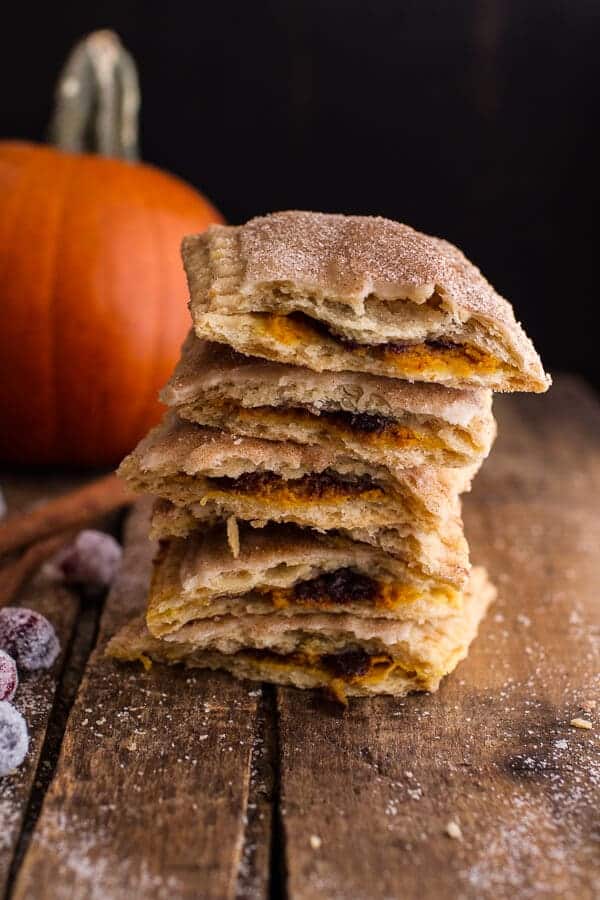 *To brown butter, melt the butter over medium heat in a small sauce pot until just browned. The butter will melt, foam and froth, then begin to brown along the bottom. Whisk browned bits off of the bottom of the pan. Once the butter is browned, quickly remove from the heat. **Un-glazed pop-tarts can be frozen for up to 3 months. Thaw and then heat in the oven at 350 for 5-10 minutes. ***If you do not have a pastry blender, use two forks to blend the butter into the flour. You may also use a food processor, but I like using a pastry cutter. ****I used [this recipe | http://www.bakersroyale.com/basic-baking-series/sugared-cranberries/] for my sugared cranberries.
View Recipe Comments 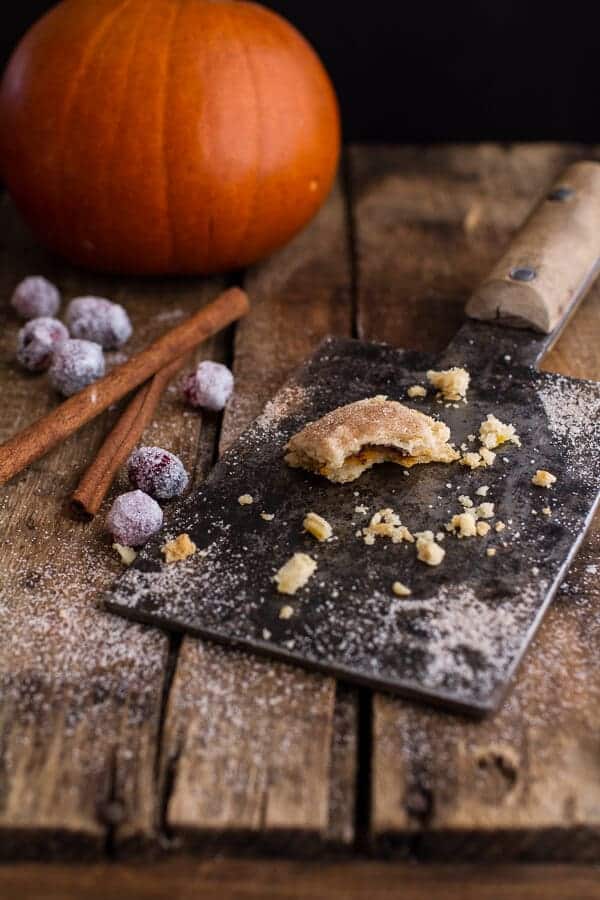 Happy Halloween…. and on to Thanksgiving!! Bring on the stretchy pants!