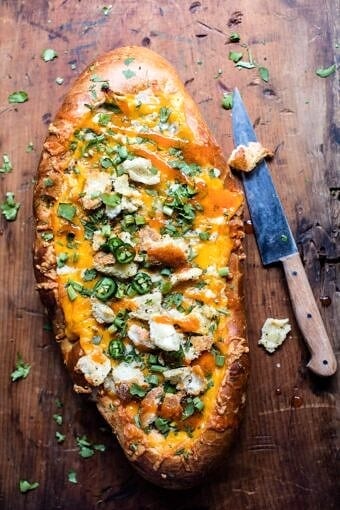 Hey there, so I made us Quinoa Crusted Schnitzel! 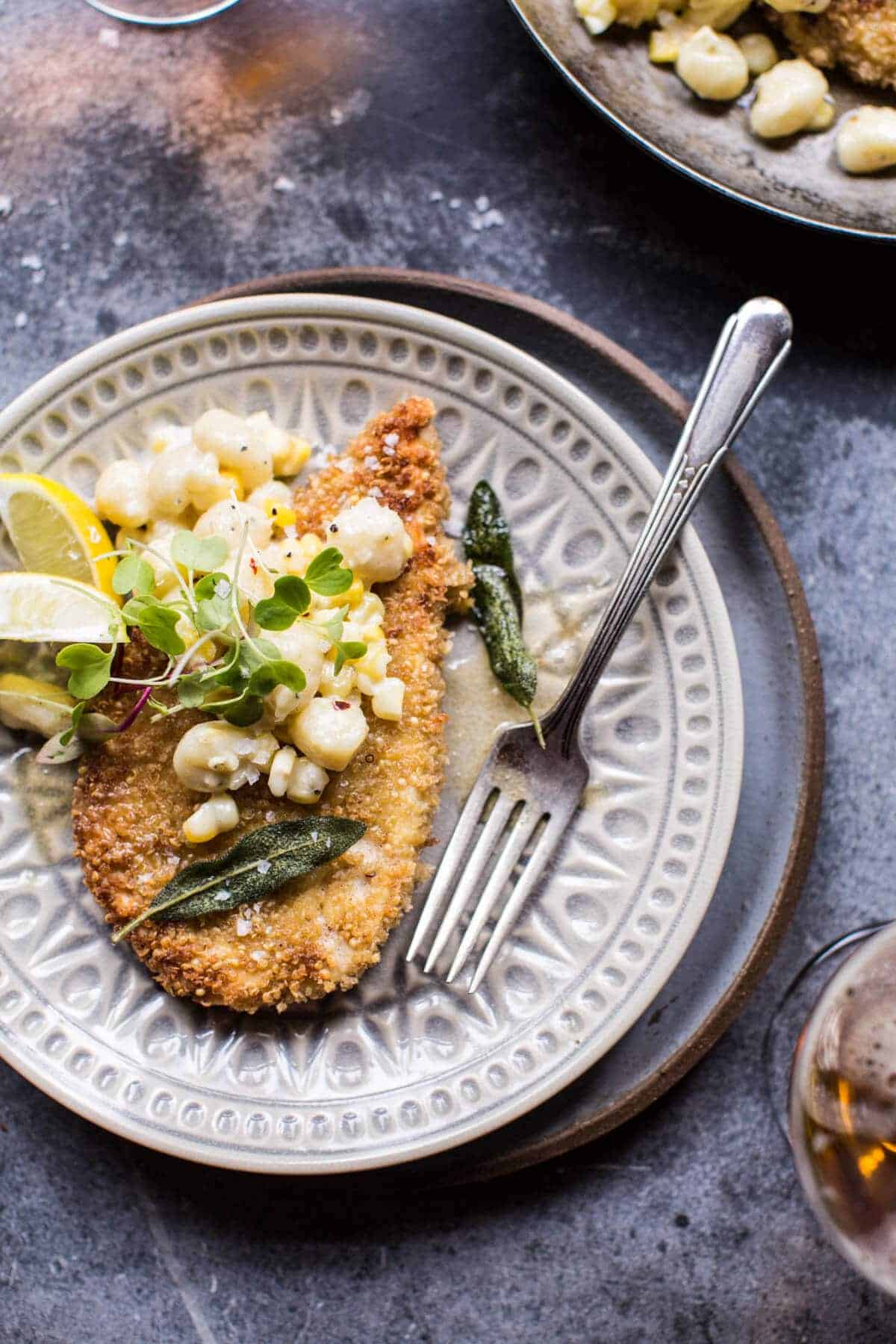 To be honest, this is my first time ever making Schnitzel, but it surely won’t be the last.

SO GOOD. Granted, I think the creamy, cheesy, gnocchi really helps, but even still, Schnitzel is what’s up! 🙂 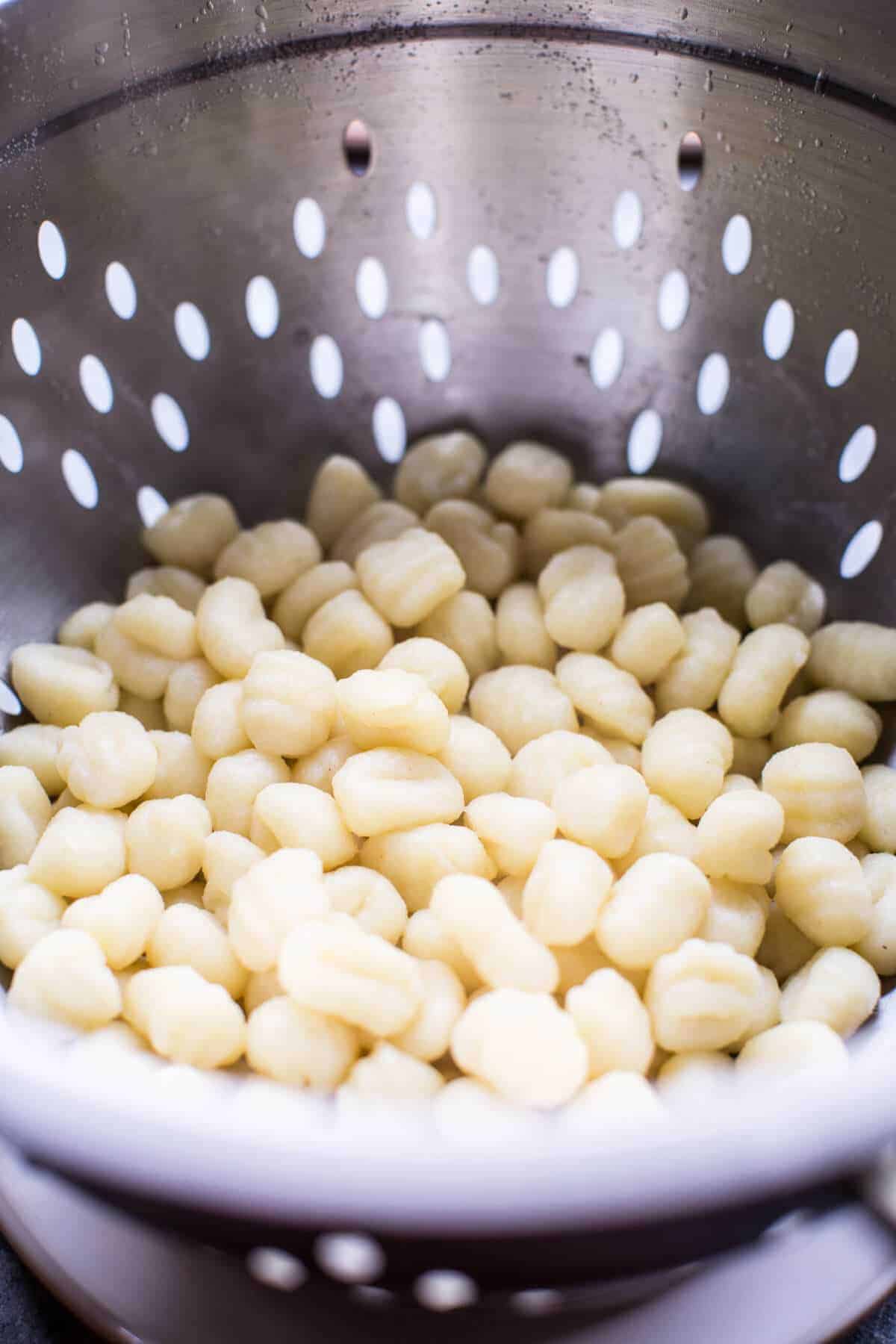 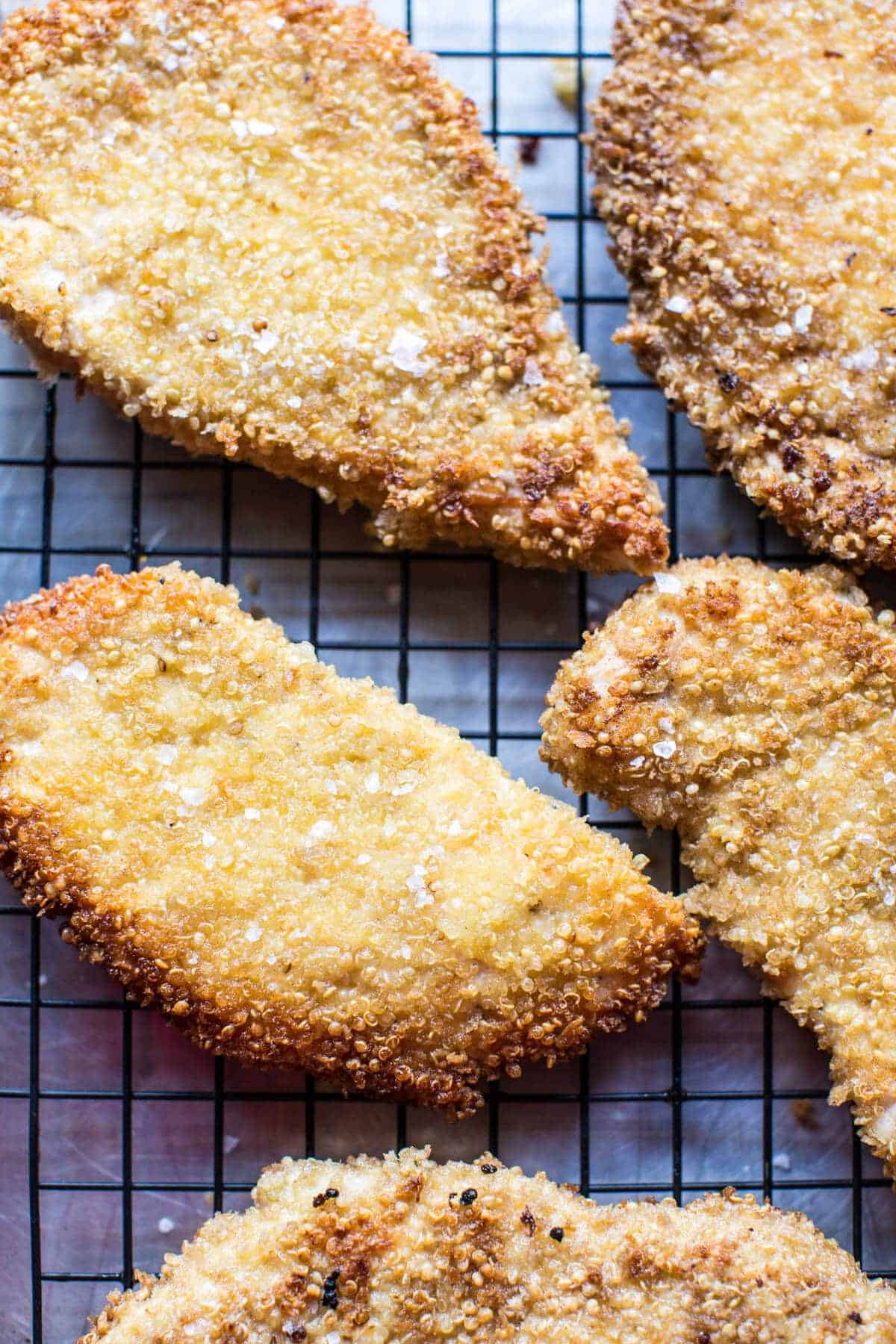 Alright, so here’s the story with this Quinoa Crusted Schnitzel.

I know, here come the stories…sorry, but most recipes don’t just happen on their own you know?

OK, the other week, I was brainstorming ideas for recipes and the idea of Schnitzel flew across my pinterest feed. Well, I guess it didn’t fly, but there it was, Schnitzel. Hmm, I had never even had Schnitzel, but something about a breaded cutlet (I decided to use chicken, but veal and pork traditional) just seemed like it might fit the bill for a good September dinner. Of course, I never trust myself or my ideas, so I had to turn to family members to get their thoughts and opinions. I do this A LOT, and my family might totally be annoyed, but their help is greatly appreciated. I have a hard time choosing just what recipes are worthy of making, and an even harder time deciding what to show you guys. I have a running list of ideas, but honestly you guys probably only see a fraction of “the list’.

I am VERY picky about what I show you.

Anyway, I sent the exact title of this recipe off to brothers, girlfriends and friends… so basically as many people as I could think of. Sometimes not everyone responds, so I figure I’ll just try them all and see who gets back to me first. Usually works out pretty well!

I asked them all what they thought about a quinoa crust Schnitzel. Some were confused because I mean, who crusts their Schnitzel with quinoa? Well me, because I had a bowl full of plain cooked quinoa in the fridge and it was just screaming at me to use as a breading for my Schnitzel. I’ve already made quinoa chicken fingers, so I figured it would probably work the same with Schnitzel as well…it did, but better, cause the Schnitzel gets pan fried…YUM.

I explained the recipe with detail to Brendan and Lyndsie and both were pretty adamant that the recipe was a GO.

As long as I served it with a mug of German beer. Ahh, I mean OK. 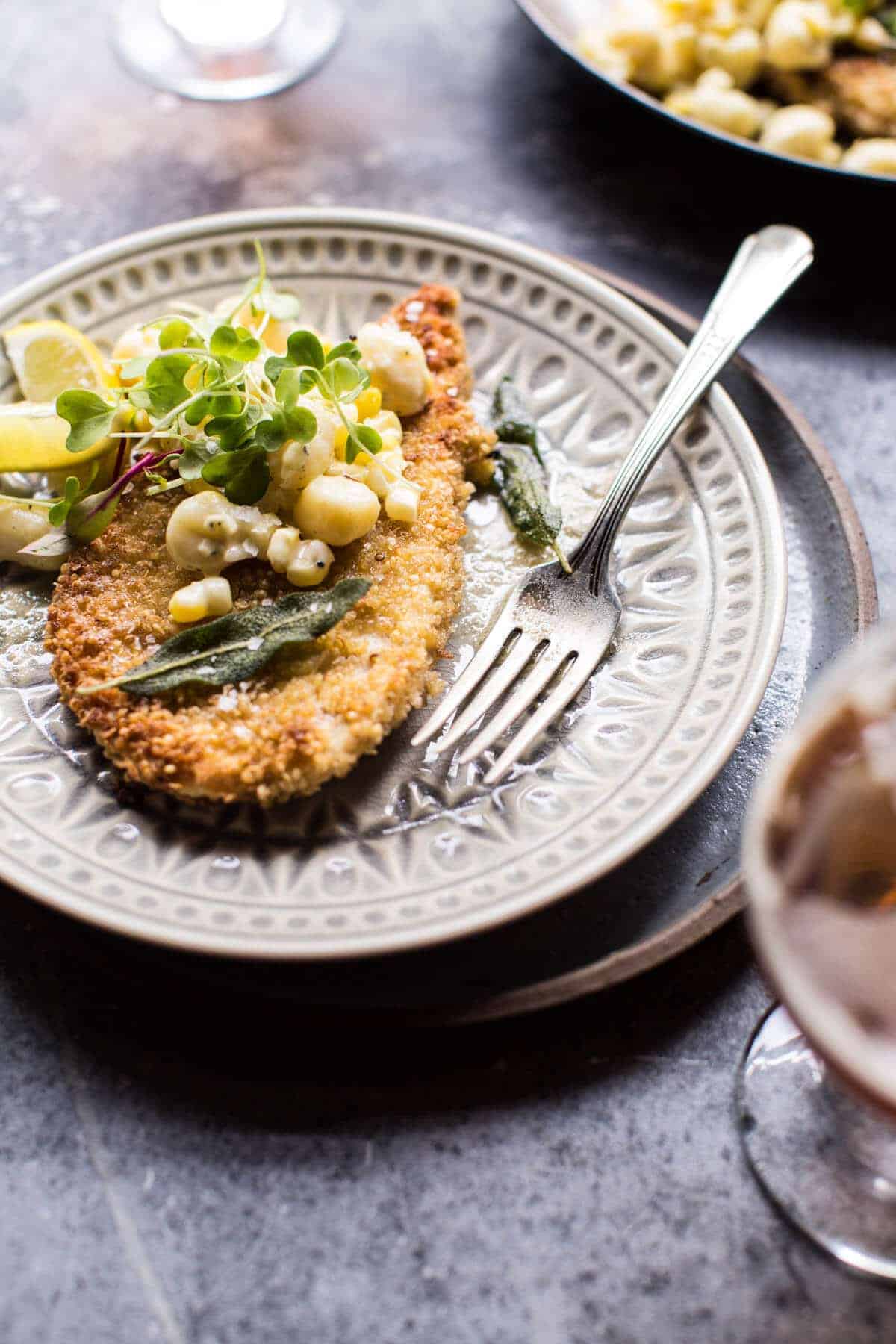 I didn’t have any cool German mugs, but I did have the beer, and you guys, the recipe is a real winner!

If you like chicken parmesan, just think of this as its German cousin, and even though the quinoa may sound strange, it actually makes a delicious crust. The quinoa get crisped in a mix of olive oil and butter and it is PERFECTION. Honestly, just so good.

Then top that off with creamy, cheesy, corn gnocchi?! Yes. This is definitely how Wednesday dinner should be done! 🙂

This is a semi-indulgent meal, but then not really, because hello, quinoa, lean chicken, corn and those microgreens on top! All health food in my book! Don’t you just love the way I think? Balance people, it’s all about balance! 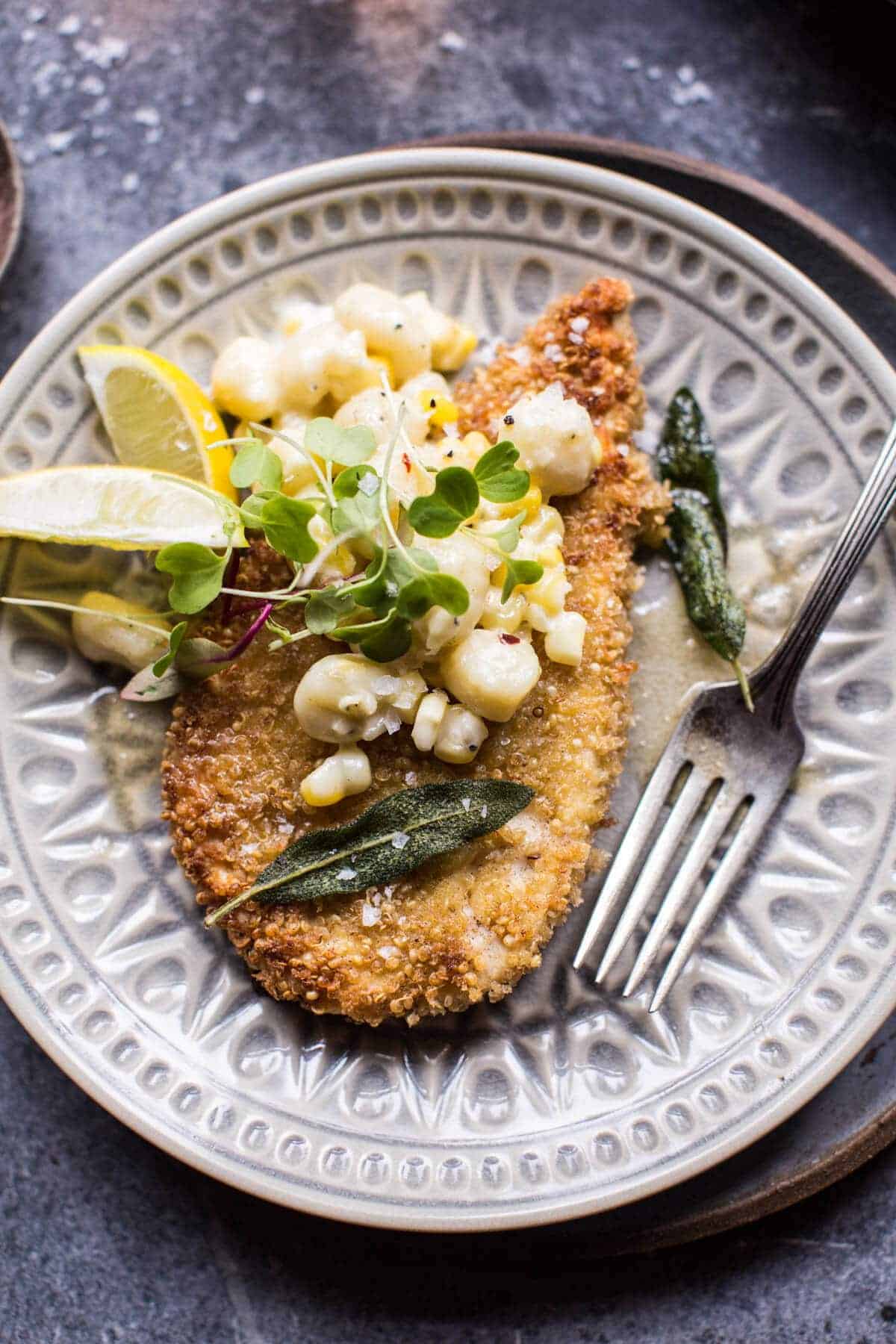 And yes, I made my Schnitzel using chicken, but pork chops can easily be swapped in. Actually, Brendan and Lyndsie said that I must use pork, but I had chicken on hand, so um, obviously chicken was the route I was going!

Sorry…but I mean, hey, it is delicious either way!

Double OH! Seeing as I am slowly moving my eats more towards fall, I swapped out parsley for a little fried sage. It’s my favorite! 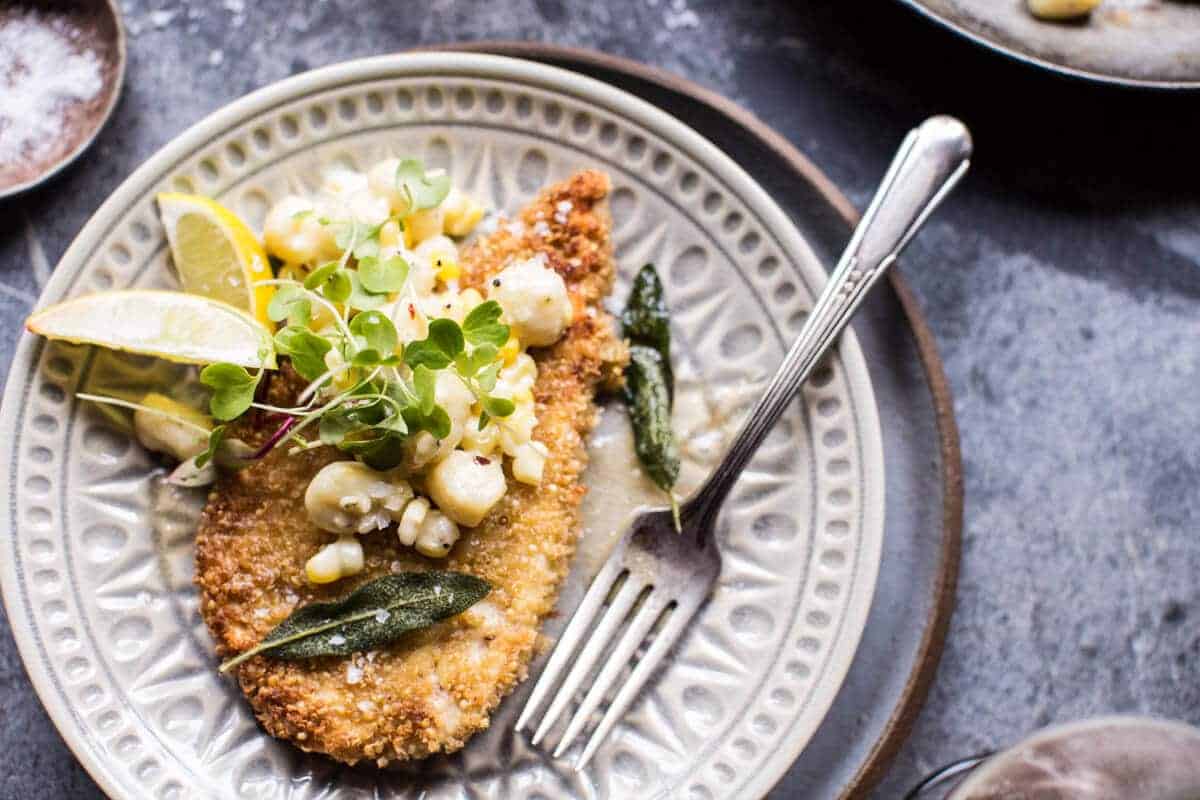 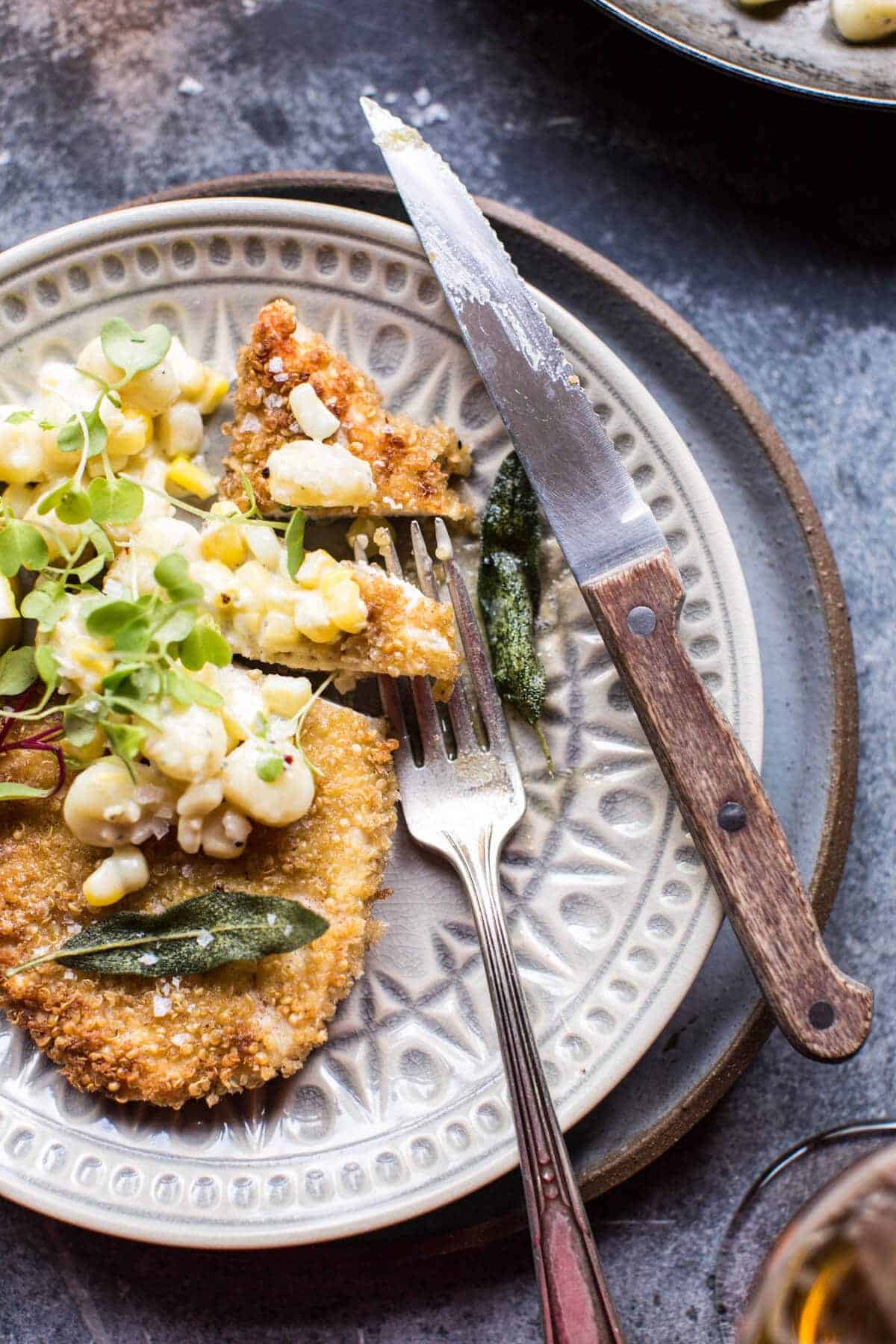 Hip hip hooray for it already being Wednesday…with a killer Quinoa Crusted Schnitzel on the menu! ? 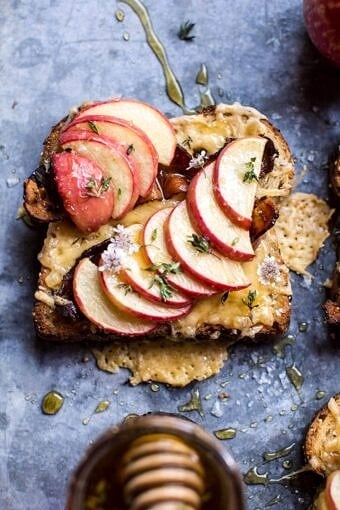