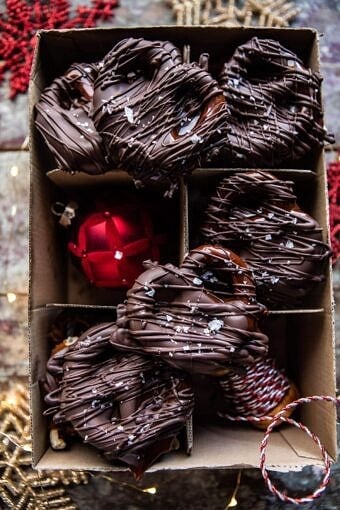 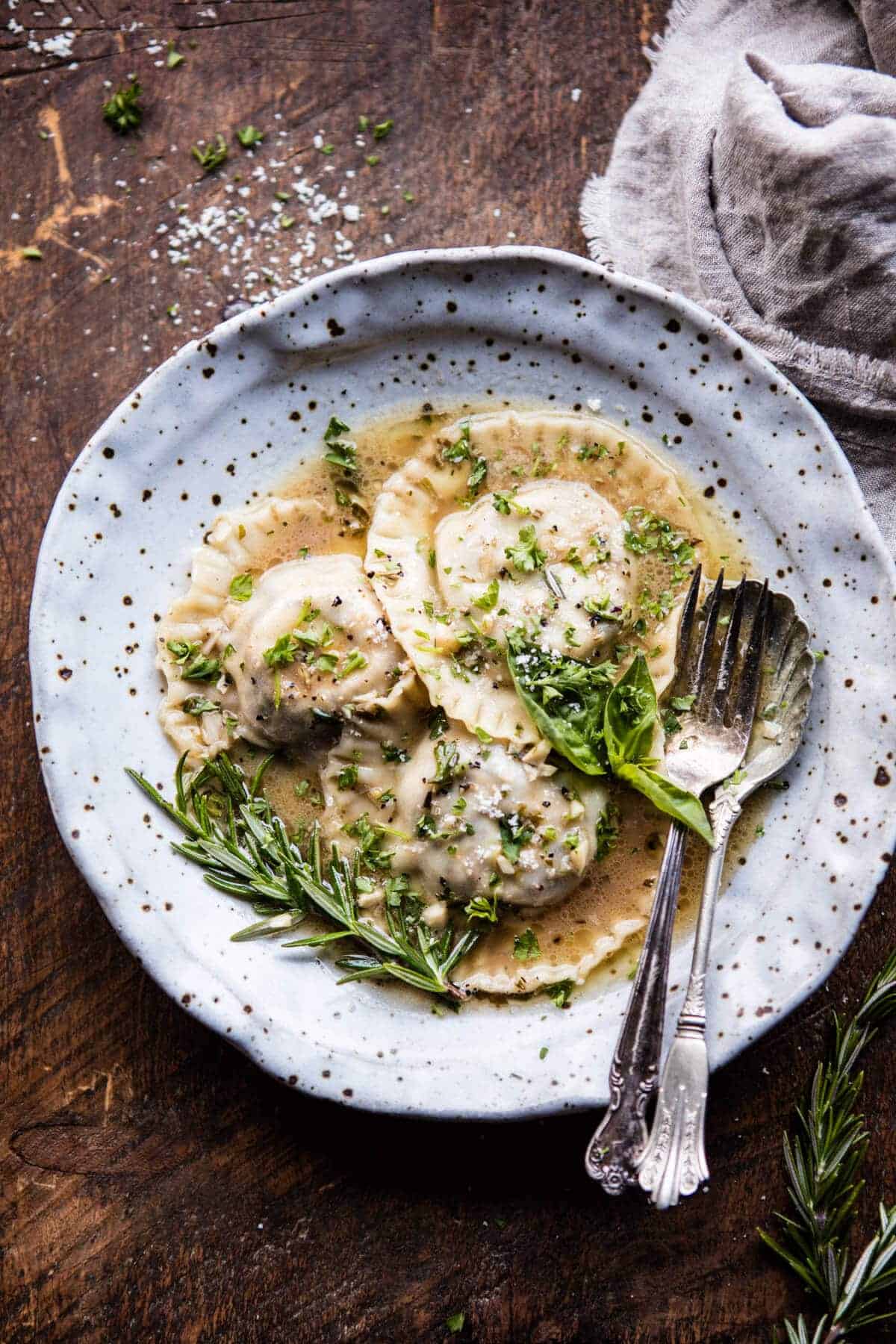 On Saturday, we had a family ravioli situation happening…and these were the results. Delicious, buttery pillows of caramelized mushrooms, cheese and extra saucy rosemary butter sauce. If you follow along on Instagram, you’ll know my story was filled with random snaps of family members making ravioli and drinking their drinks…it was an interesting night to say the least, but there’s no denying that this plate of pasta goodness is basically the best thing ever.

AND since I was feeling super lazy and totally not in the mood to make homemade pasta dough, I took a short cut and used wonton wrappers, so freaking easy and so freaking good. Not sure I can go back to the actual real deal pasta. Ahh, ok I can, but for everyday homemade ravioli, the wonton wrappers are where it’s at. 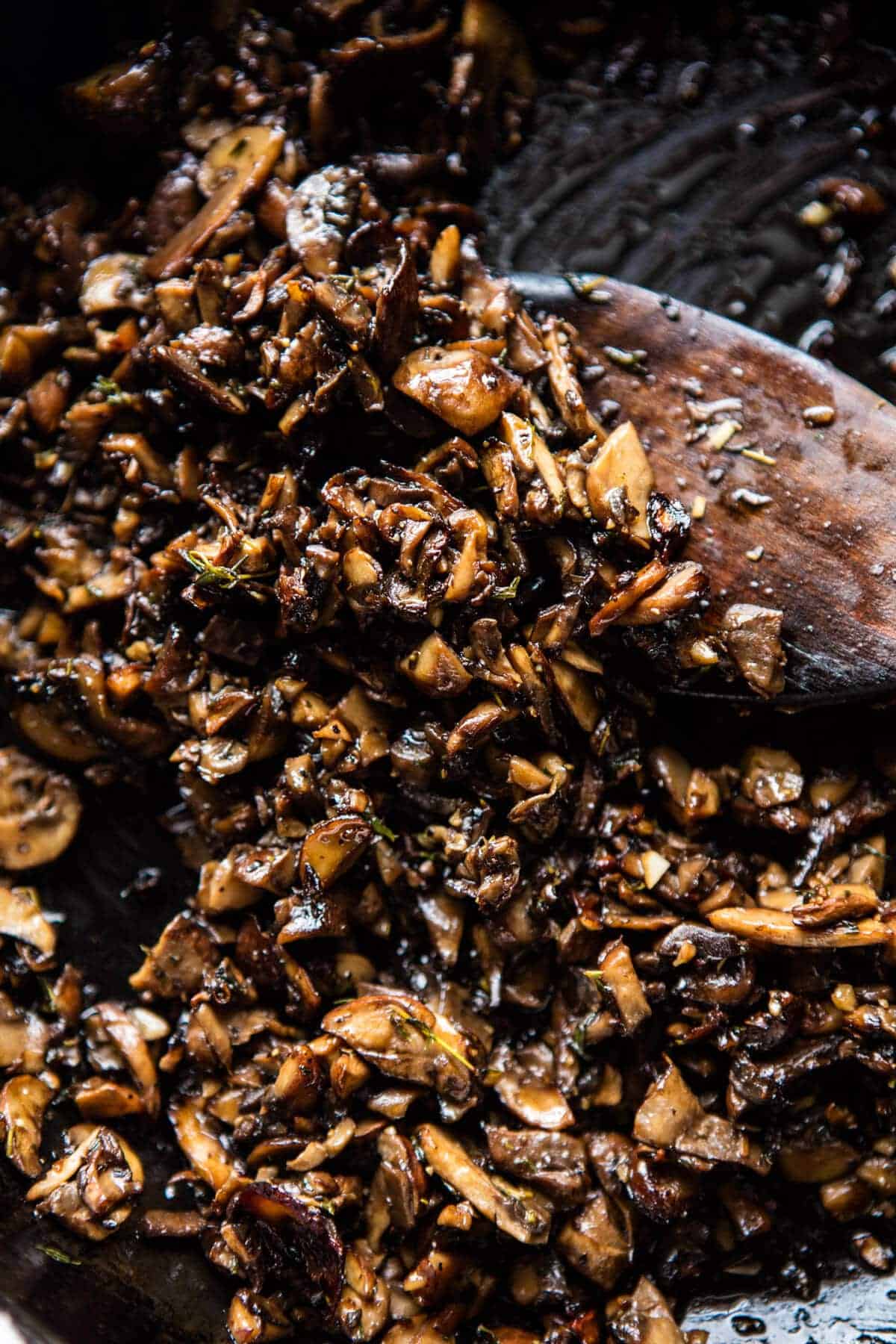 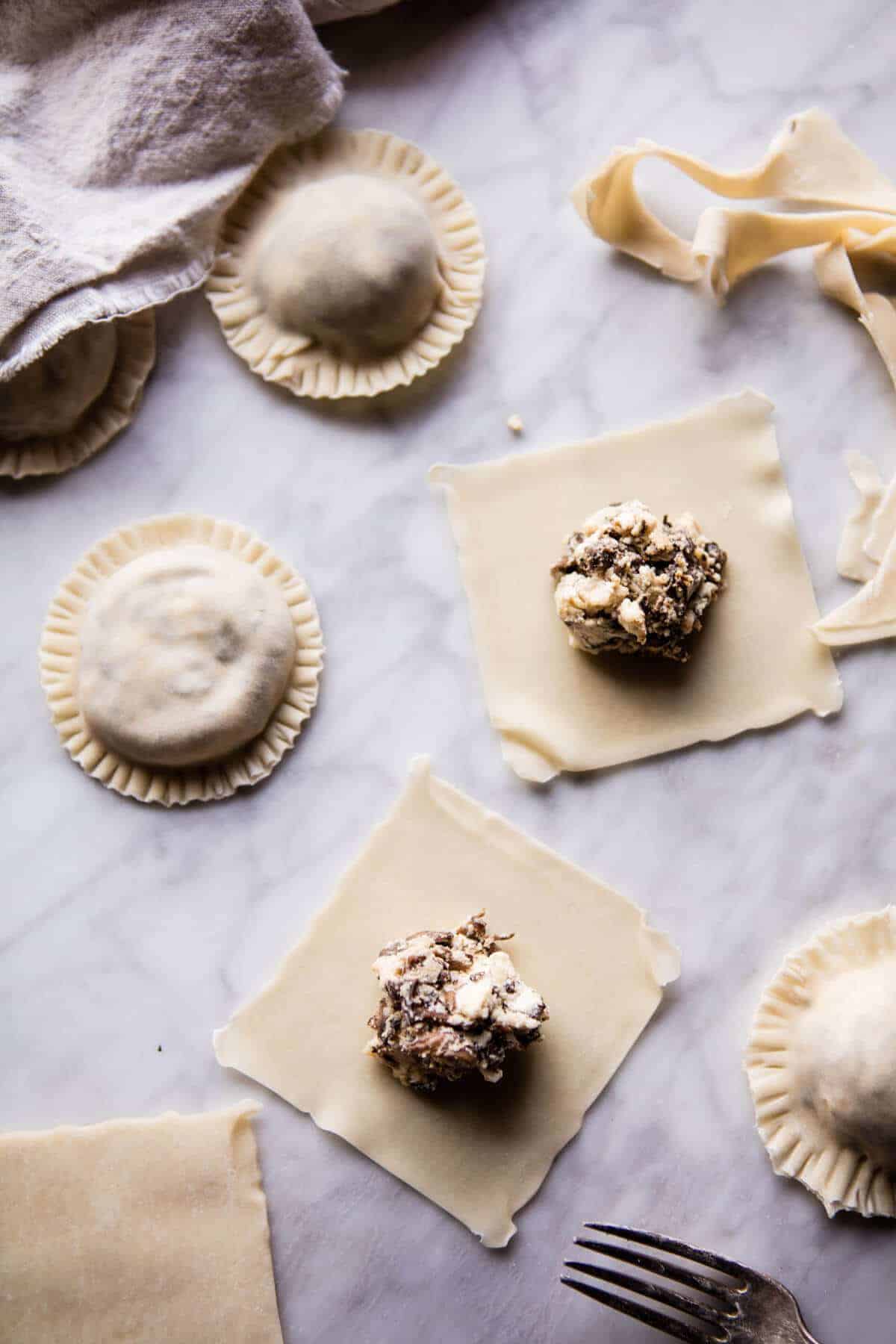 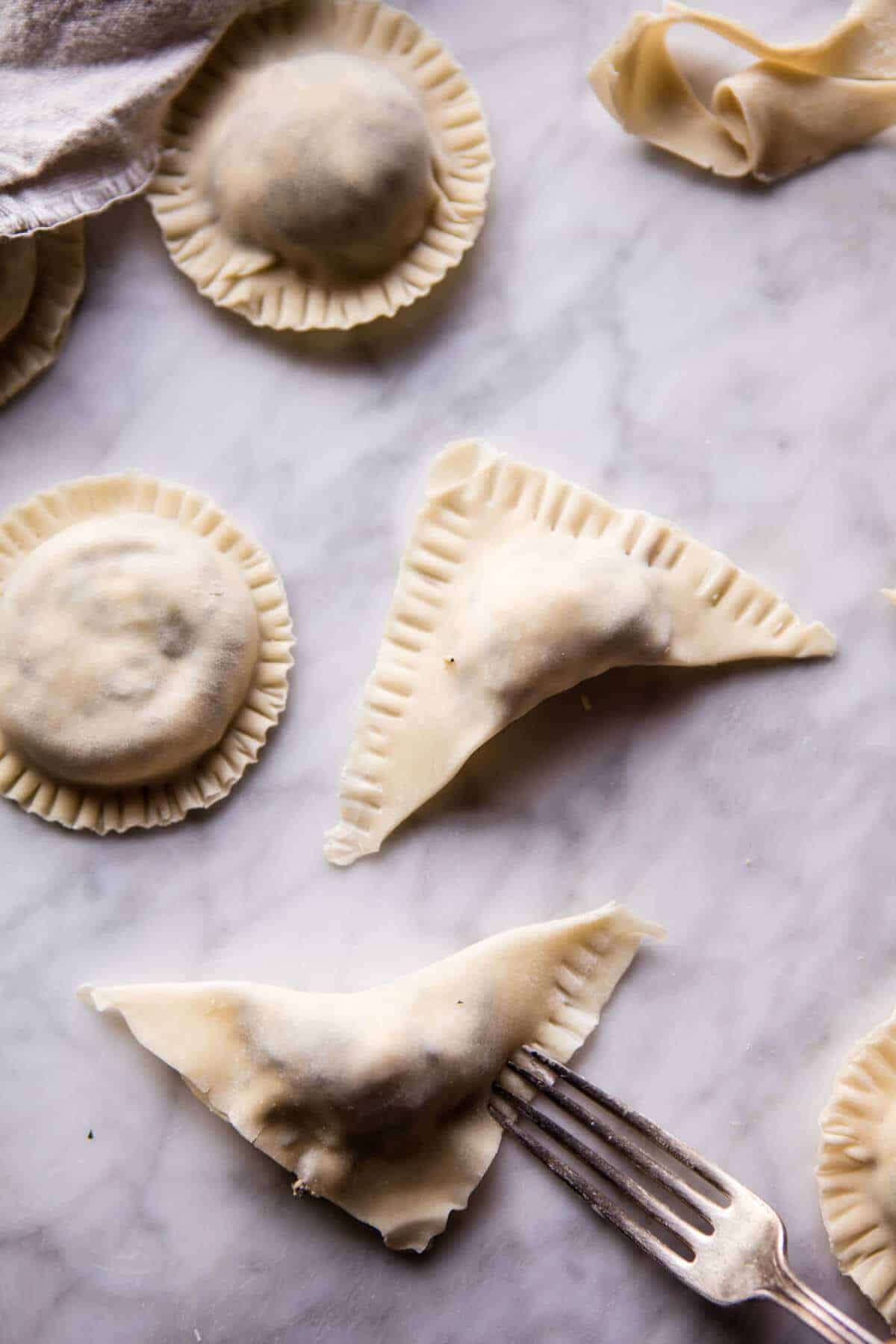 In an effort to pack a ton in this week and still spend time with my family, I’m going to try to keep these posts a little bit shorter…I mean, I will attempt to, but we all know how that goes!

Everyone arrived safe and sound on Sunday. They were supposed to get here Saturday, but their flights got delayed and they sat in the airport all day long. Yes, all day. Creighton, Caitlin and Maggie in Cleveland and Kai in LA. Their flights finally got in early Sunday morning, so they spent the rest of night in Denver and my brother Brendan drove down to pick them up early in the morning. It was a long twenty-four hours for those guys, but don’t worry they made up for it on Sunday with tons of food, rest, snowboarding and um, yes cocktail. My family is semi-crazy. Prepare for all the stories. I have a feeling this years Christmas is going to be one for the books… 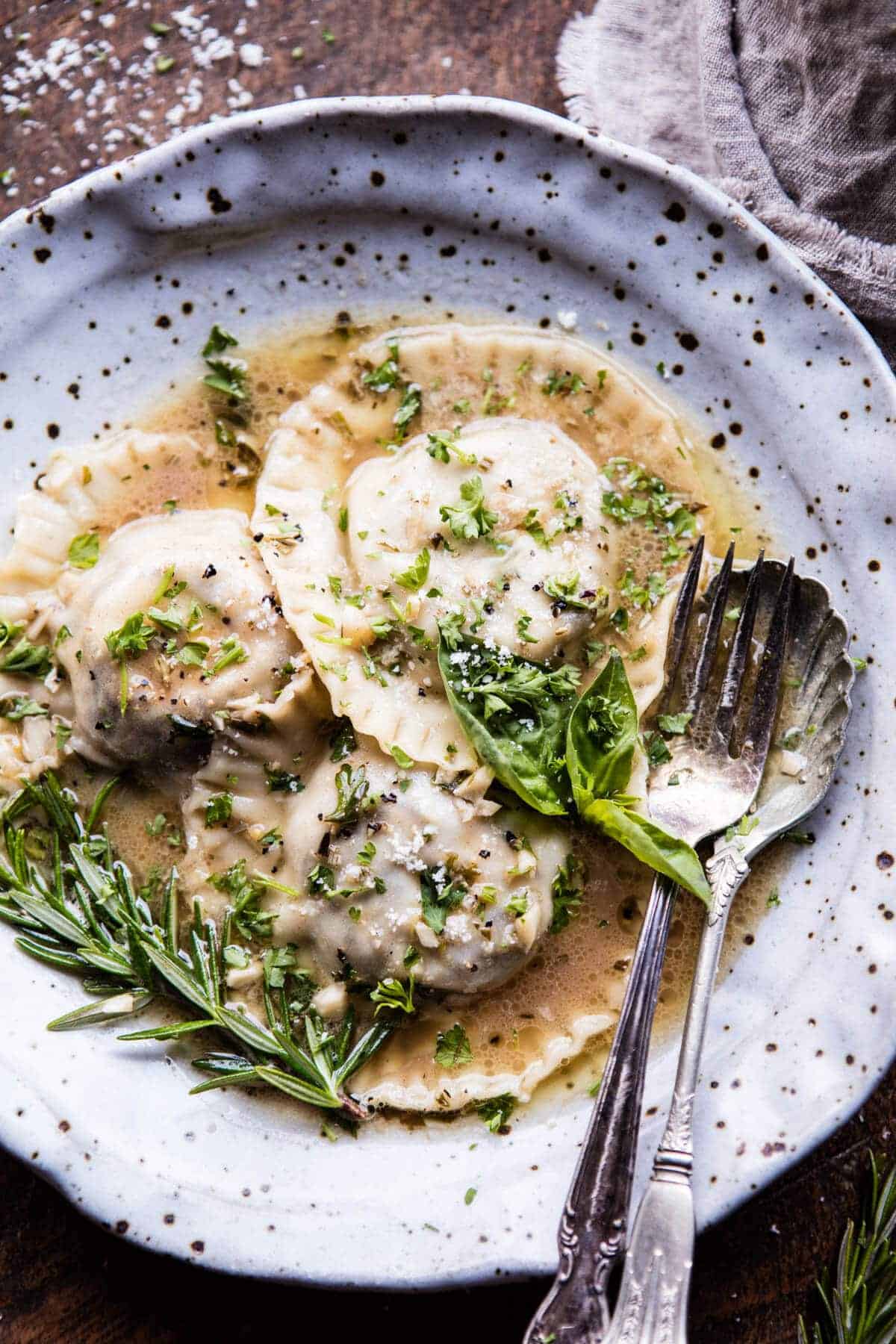 Alright, but let’s talk mushroom cheese ravioli! I actually had another recipe planned for today. A soup actually, but when I made it earlier last week, I basically failed miserably. So bad that I just could not attempt it again and gave up after everyone declared it too oily to eat. I mean, how is soup oily? I don’t even know, which is why it got the boot. So instead, I chatted with my recipe guru, aka Lyndsie, and we decided a nice mushroom ravioli was in order. Truth is the girl just wanted some mushrooms, cheese, rosemary, and butter, but I mean, I was obviously happy to oblige.

I really can’t begin to describe how much we all loved this ravioli. Perfection does not even cut it, it’s just delicious. The ravioli filling is made up of sautéed mushrooms with a little balsamic, ricotta, fontina, and parmesan. Super simple, but the very best flavors. Stuff the cheese filling between some wonton wrappers (which you can find in the produce section of most grocery stores) and then just boil. Could not be easier.

For the sauce, I wanted something light, not cream based, but very flavorful. I browned some butter, added a little garlic and rosemary and then a splash of white wine and some chicken broth. I was going for ravioli in broth, and guys, it’s just beyond. Think chicken soup, minus the chicken and plus mushroom ravioli. It’s really fantastic <–Lyns’s words.

The rosemary adds just the right amount of flavor, but it’s not overwhelming. It highlights the cheese and mushrooms really nicely. If you’re making one meal this week, please, please PLEASE let it be this ravioli. Make it a family night and create an assembly line for the ravioli process. It’s actually super fun that way, and the time to create this will get cut in half. Yes, please! 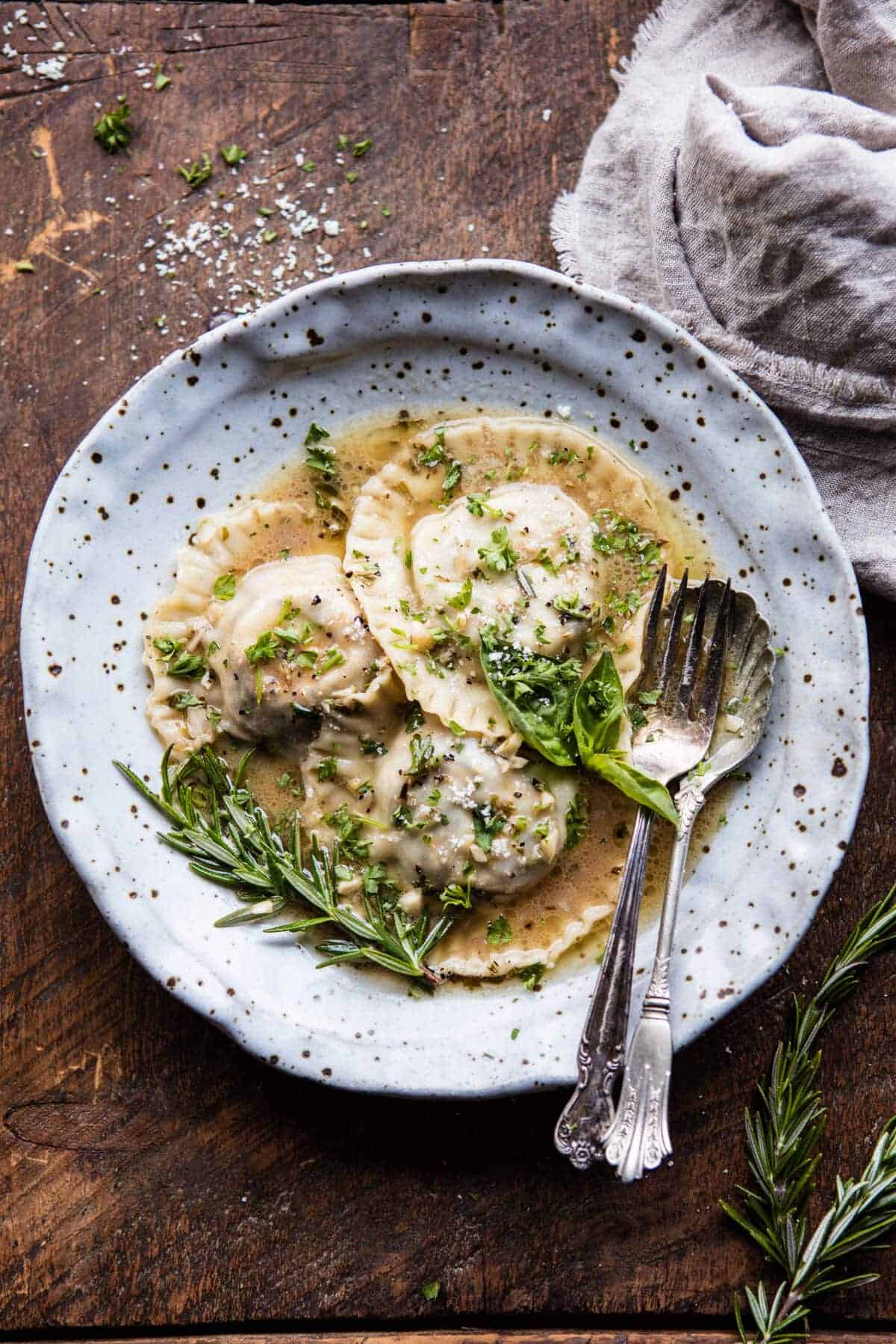 That filling though? With that sauce? I can’t even…The Best. 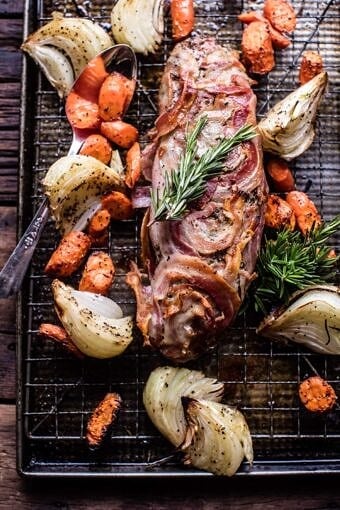