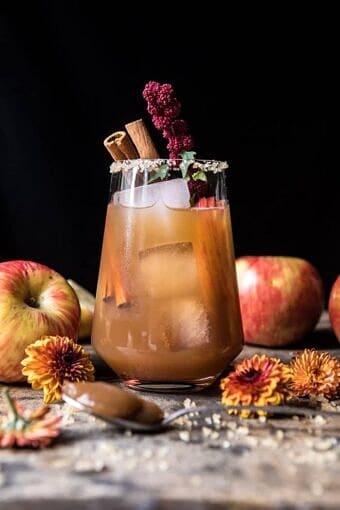 Welcome to the first official day of fall! I could not think of a better recipe to be sharing today than these mulled apple cider french crullers. 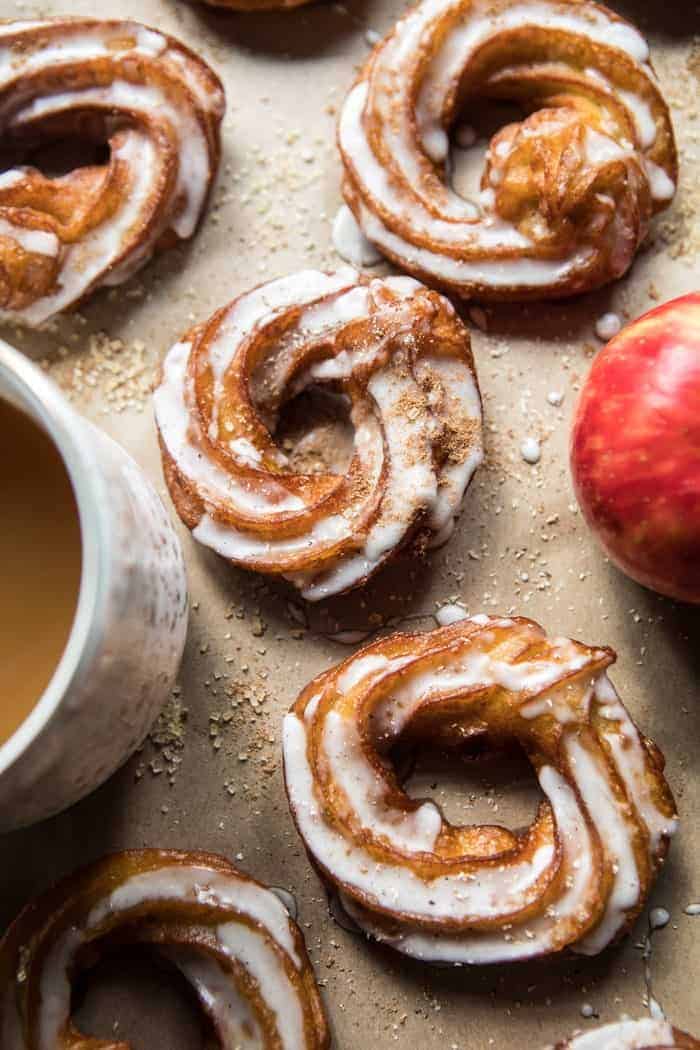 These pastries are fall, all fried up in a cute little circle. They’re delicious, easy, and just what you need to be making this weekend.

Speaking of which, happiest Friday to you guys! As you know I am hosting the HBH Cookbook retreat this weekend so things are just a little crazier than usual around here. We are already having so much fun and have a jam-packed day today, so I’m going to be keeping this post pretty short and sweet…

Which is fine since I really just want to convince you guys to get up right now (I mean, even leave work if you have too…) and make these apple cider chai crullers.

I truly love them that much and if I wasn’t already making a bunch of recipes from the Half Baked Harvest Cookbook for brunch on Sunday, I would totally have these crullers on the menu. 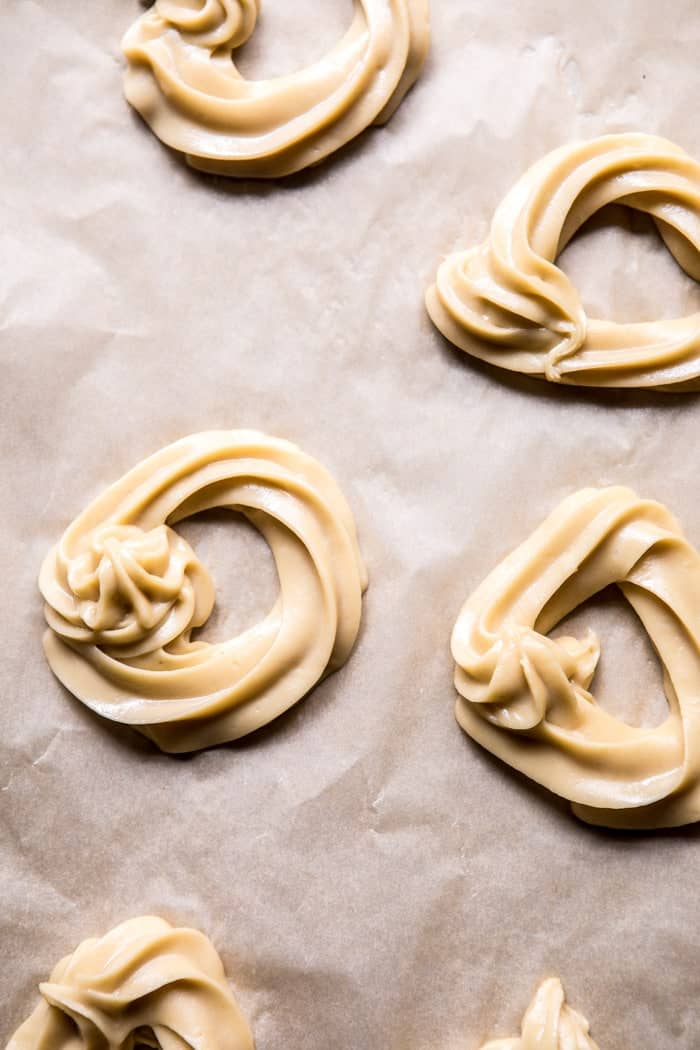 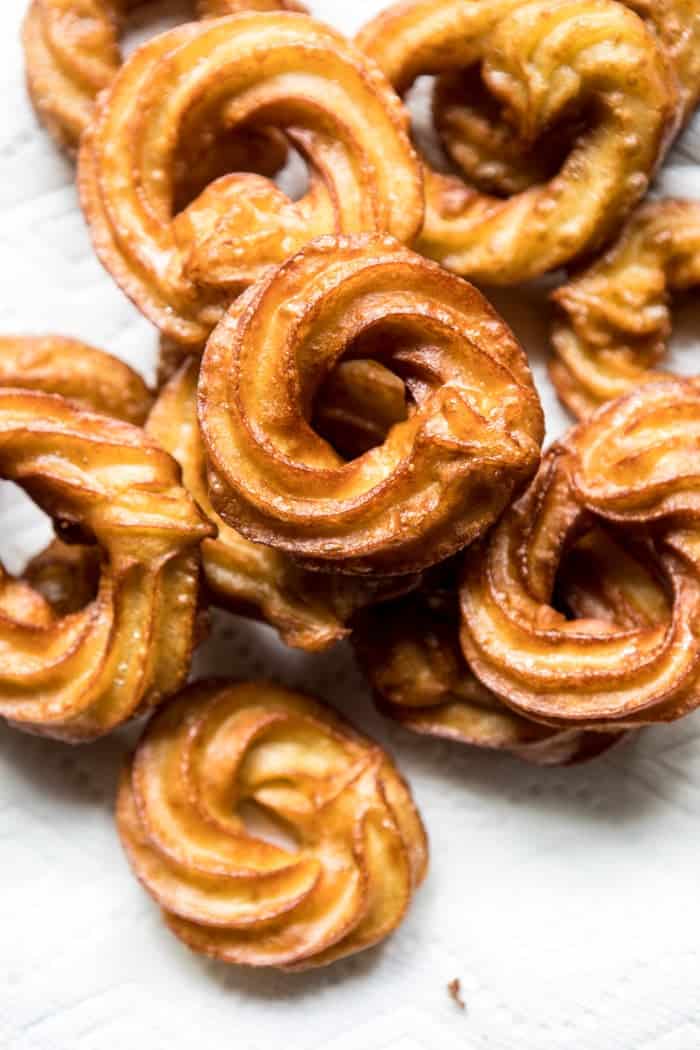 A while back I saw a photo of the most delicious looking apple cider doughnuts in Bon Appetit and ever since then, I knew that I wanted to make some kind of apple cider doughnut this fall. For a while I thought it was going to be one covered in cinnamon sugar, but then I attempted it and you know, they just didn’t turn out that great.

Granted I was trying to bake the doughnuts, which I’m going to be honest, I am just not a fan of.

Anyway, after my failed attempt at the cinnamon sugar doughnut, I decided to go a whole new route. Instead of doughnuts, I wanted to make crullers, but with apple cider and chai spice.

I mean, come on? How good does that sound?!?

What’s great about crullers, is that they require no yeast and no rising time. You make the dough, fry the dough, and then eat the dough. Meaning you can have a craving for these and have them made and ready for eating in less than an hour. 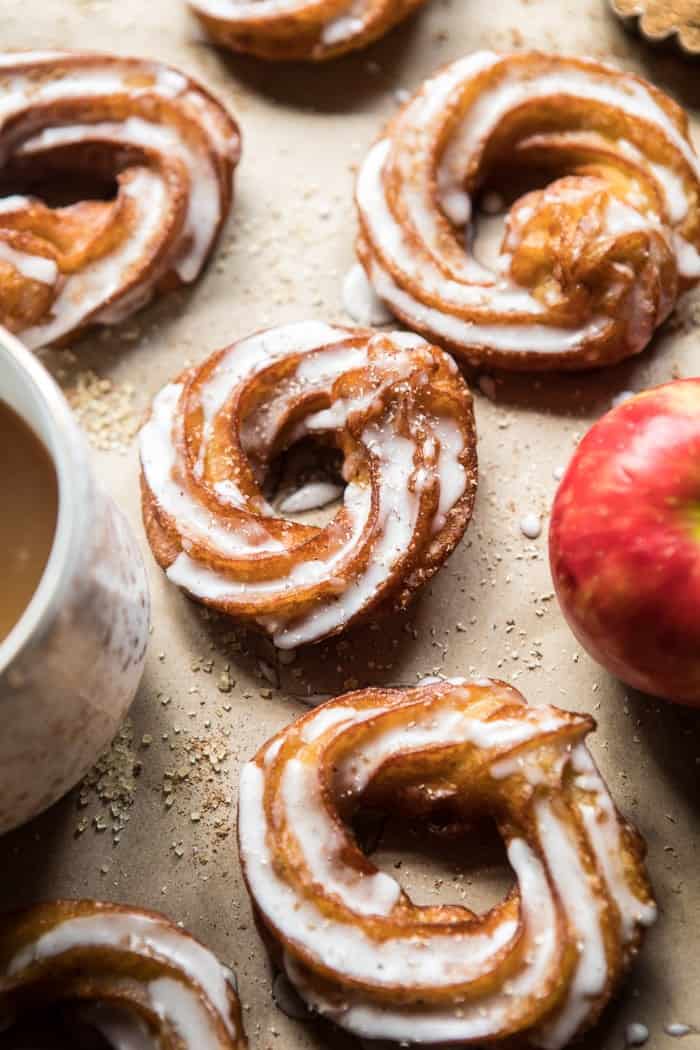 The base of the dough is pretty simple. It’s a combo of apple cider, cinnamon, butter, flour and eggs. You’ll pipe the dough into circles and then fry them. Like I said, pretty simple and straight forward. The crullers themselves are light and airy with hints of sweet apples and cinnamon.

It’s the chai glaze that makes these crullers so good though. Instead of a traditional sugar glaze, I spiced mine up with homemade chai spice and a touch of vanilla. So kind of like a sweet latte, but on your cruller.

All you need now is a mug of hot coffee or warm cider, a cozy blanket, and an apple cider chai cruller in hand and you’ll have the perfect Saturday or Sunday morning….or maybe afternoon snack. Either works! 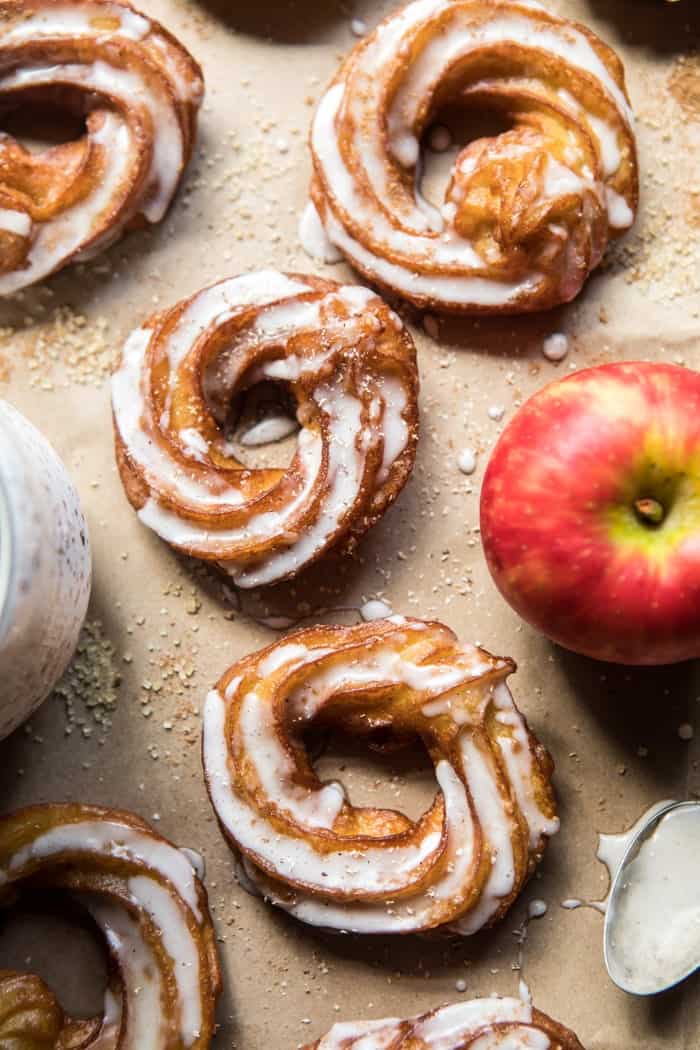 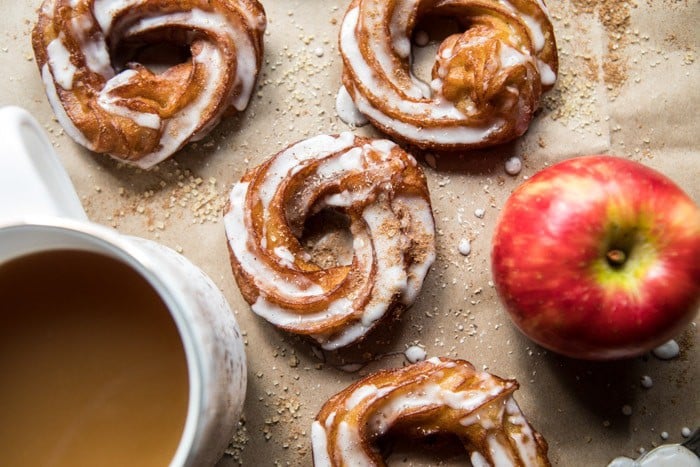 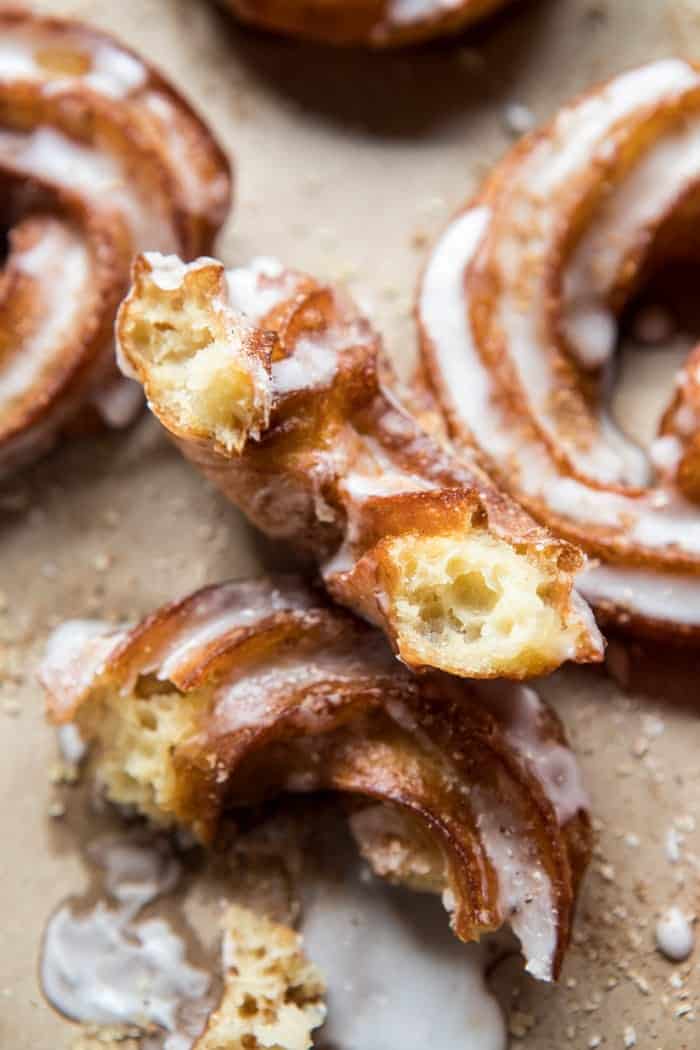 Have a great Friday! See you tomorrow for more cider…but in cocktail form! 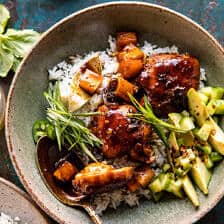 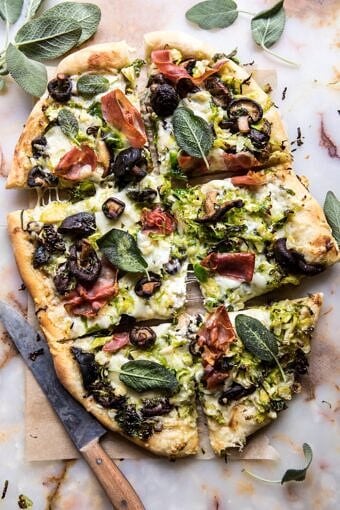