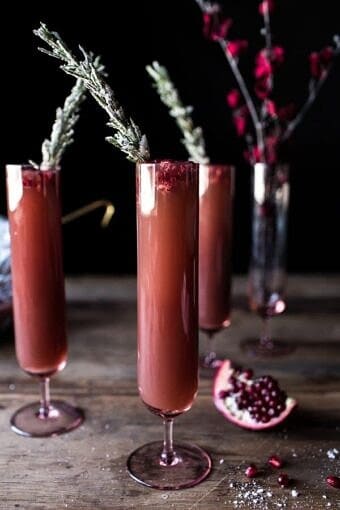 I officially bow down to these pretzels. 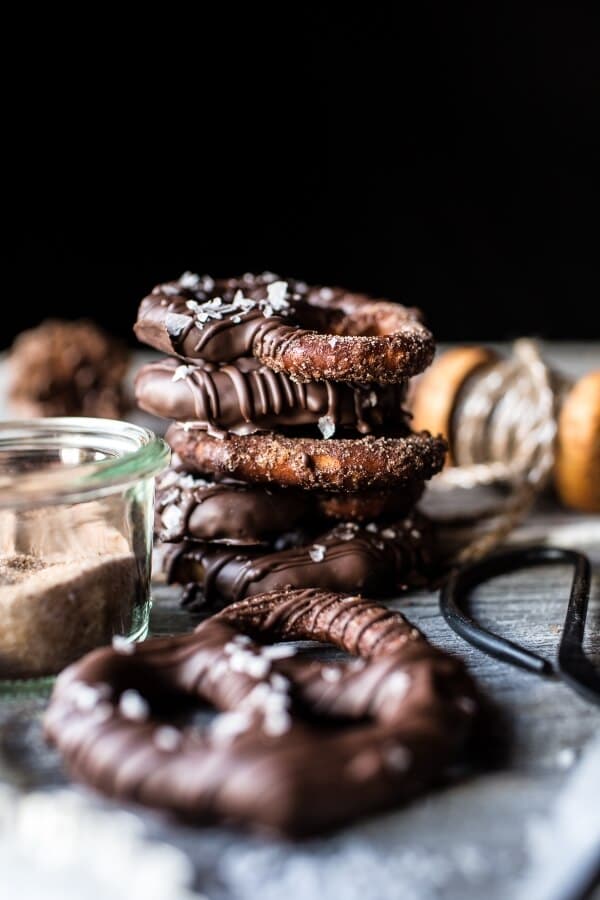 I didn’t really think a simple chocolate covered pretzel could get any better, because to me, the simple combo of salted pretzels and sweet chocolate will forever win in my book. BUT, then these pretzels happened and they changed my world.

I only added three extra ingredients, but oh my gosh. I can’t even explain how amazing these are. Like so good, so addicting and SO easy! I figured since Thanksgiving is less than a week away (oh my gosh, oh my gosh, someone send me a personal elf to help me with all the holiday prep!!) that we needed a super quick and easy dessert/snack that’s guaranteed to be a hit with everyone.

To me that just screams “chocolate covered pretzels…with extra salt!”. Up until now, I’ve never thought to put chocolate covered pretzels on the blog, I just felt like everyone already knows how to make them. I mean, I think even my brothers know how to take a pretzel and dip it in chocolate. Well, that could definitely be a stretch for Red. The kid has plenty of skills on a snowboard, but put him in the kitchen and he’s LOST. Put him in front of school books and um… he’s still lost.

I do have full confidence though that even he could master the art of the chocolate covered pretzels with a little direction. 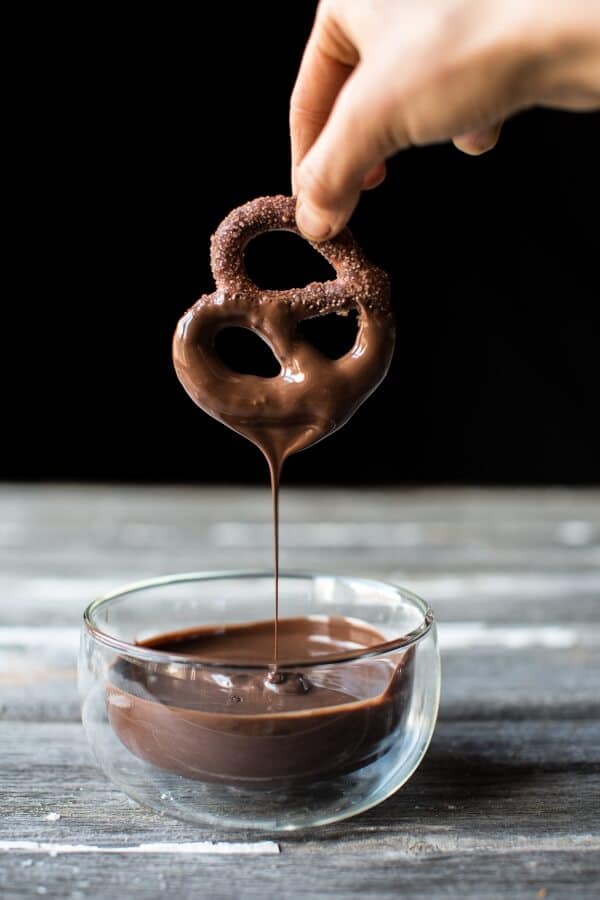 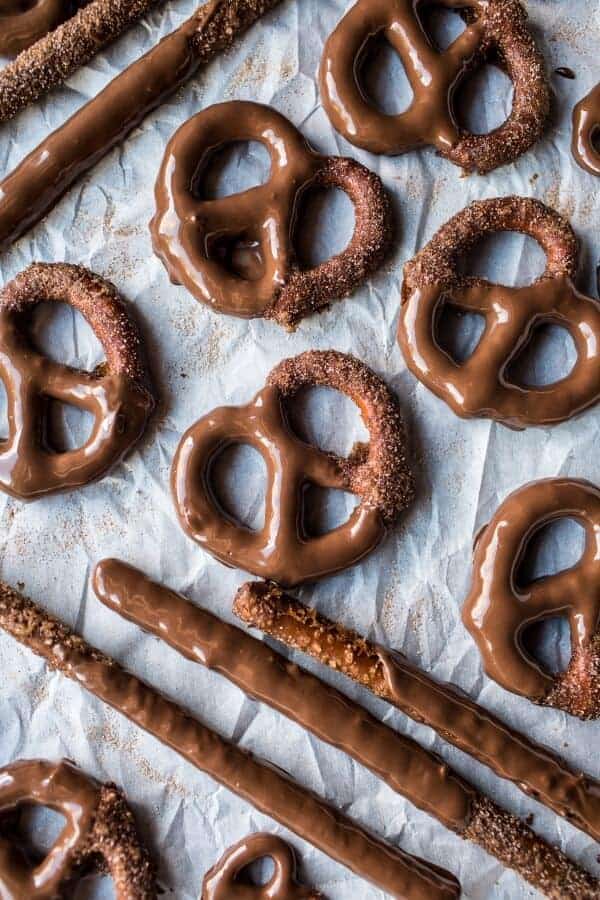 ANYWAY, my point is that until now I never thought to do a post about chocolate covered pretzels. Then I had the idea of chocolate covered cinnamon sugar pretzels and that made me think. Like, hmm, maybe that’s worth posting?

So I did what I do when I don’t know what to do. I asked mom, I asked Abby (my cousin) and I asked Maggie (also my cousin). All three answers came back almost identical, “that sounds yummy!! I don’t think I would have ever thought to add cinnamon sugar. You have to make those, they will be so good!”. So that pretty much settled it for me. 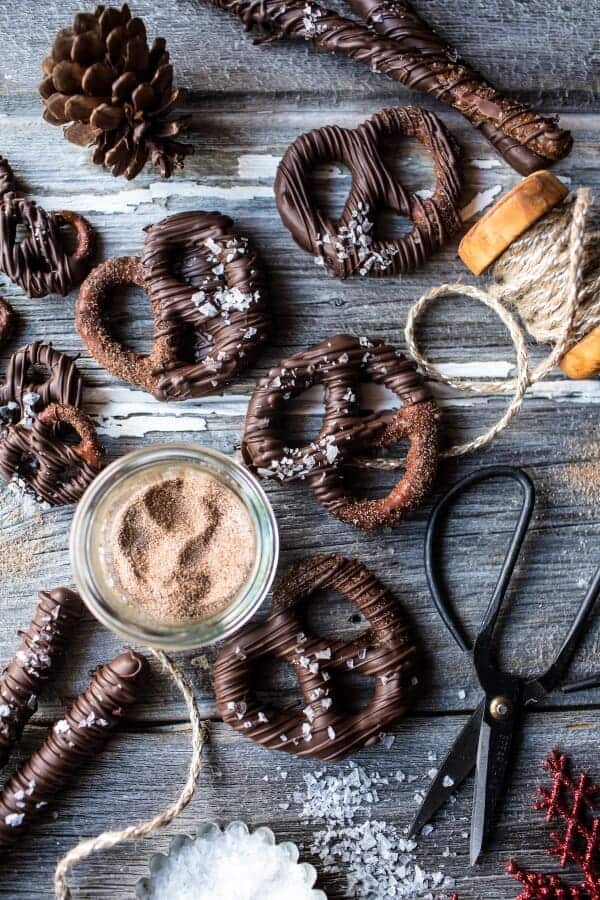 So here is what I did, it’s pretty dang simple.

***Two: add a bag of pretzels to a super large bowl, you can use your favorite size/shape, any pretzel works!

***Three: pour the melted butter all over the pretzels.

***Four: add a little sugar and a lot of cinnamon…aka the good stuff.

***Five: toss it all together.

Pretty simple right?!? I am giving you fair warning though, these pretzels are addicting. Stopping at just one is nearly impossible. But it’s cool cause, “Tis the Season”, it’s the one time of the year when eating everything and anything is totally acceptable.

Ok but really, probably, no most definitely, you need to make these ASAP. There are several options here, you could make these as a hostess gift for the holidays, pack them up and ship them as gifts, or um, just devour them all yourself. <–That would be me, since these do not even have a chance when they are within reach.

Seriously, these Chocolate Covered Cinnamon Sugar Pretzels make the BEST gifts. They are so easy and durable, which is obviously a HUGE bonus when shipping things or even when just transporting them from one house to another. PLUS, there’s no frosting, so that means no mess.

You see what I did here? I created the ultimate holiday gift, plus a simple, addicting, delicious dessert. Cool! 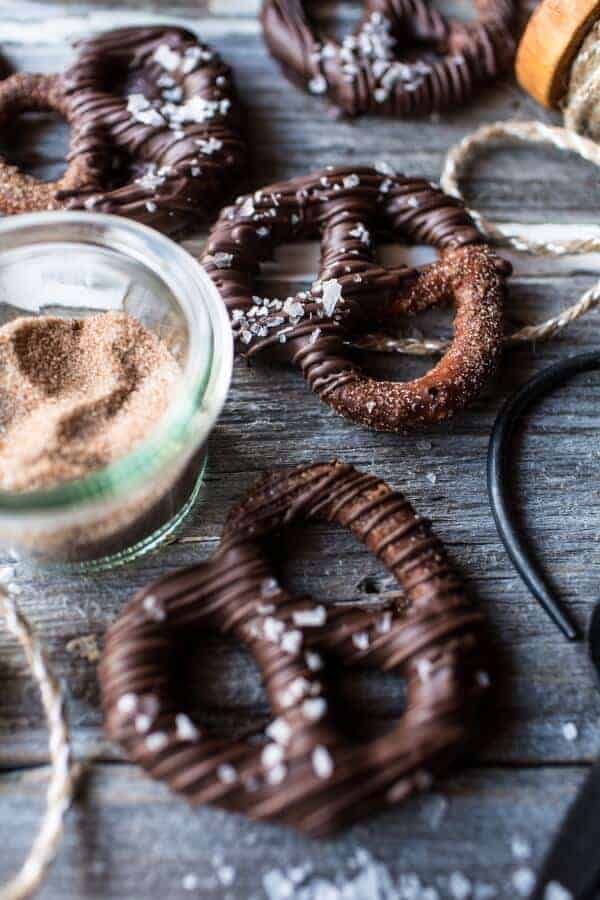 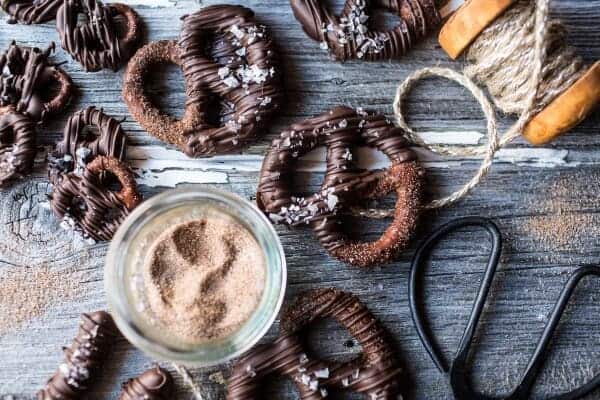 In my opinion though, you should just keep these all to yourself. Don’t worry, it’ll be our little secret.

P.S. Make sure you guys check back tomorrow for a special Saturday post! I have something fun planned! 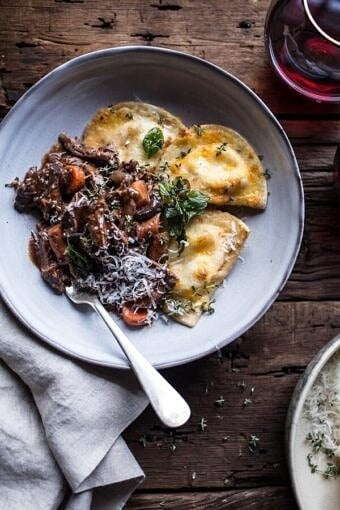