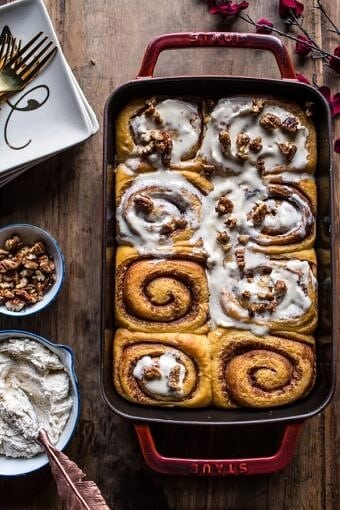 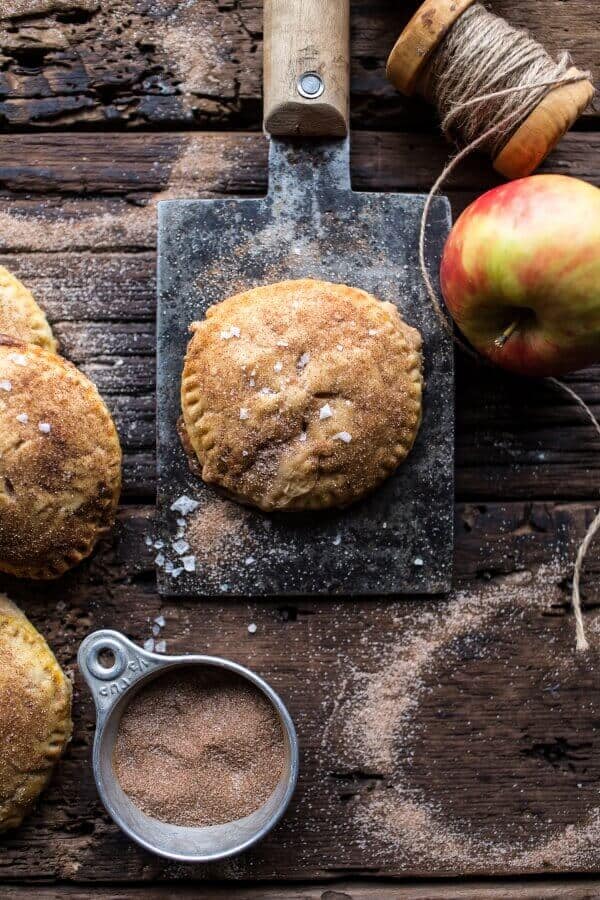 Oh heck yeah, I am more than ready!

So I feel like each and every post this week has been a million and one words long. I think since it’s Friday, I will keep it short and spare you guys all my mindless rambling and jump right into the pies.

The pies NEED to be chatted about. This is apple pie, but apple pie on a whole new level. I don’t know if you guys know this or not, but I think sweetened condensed milk is a magical little ingredient, it makes everything… perfection.

I always say, when in doubt, drizzle on some sweetened condensed milk. It will save any sweet recipe, I swear by it. 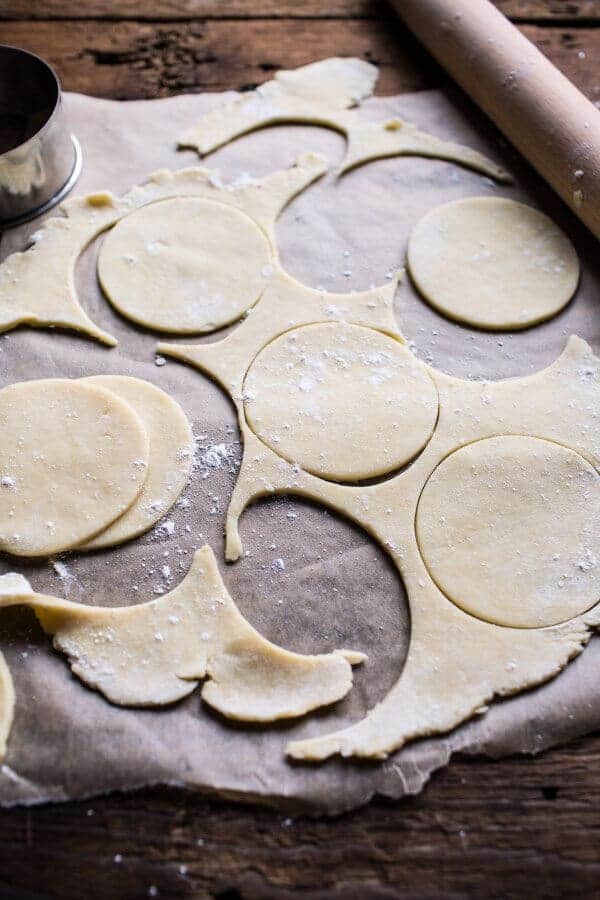 Believe it or not, I have had these mini apple pies in the back of my head for months now. Originally I was thinking about posting them in September, but they just seemed so perfect for Thanksgiving that I decided to wait. I know, craziness, but they really are the perfect Thanksgiving dessert. These cute little pies are hand-held, making them EASY for snacking on – before, during or after the big meal. Which we all know that come Thanksgiving Day, snacking is a huge must. It’s the one day of the year when you can get away with eating everything presented to you… bring on the stretchy pants… right?!?!

AND not only did I make these little pies with sweetened condensed milk, but I also went a step farther and covered them in cinnamon sugar

Ya, I went there. It may seem like a lot of sweet for an apple pie, but I promise it’s all good.

Although, apparently everyone in the family has cavities at the moment….ooops. My younger brother actually just had a root canal on Wednesday. I promise though, it had nothing to do with sugar bugs on his teeth. Apparently he broke his front tooth when he was a kid and the tooth is now infected. His whole face has been killing him for the last week. He finally called our family dentist (and my dad’s college roommate) back in Ohio, who told him that he thought he needed a root canal. Long story short, Kai went to see a dentist in LA (cause that’s where her goes to school). The dentist then confirmed that he did indeed need a root canal. Kai was in so much pain that he did the procedure the same day. It was also the same day my dad was getting his cavities filled and my mom had hers done on Monday!

Man. I don’t know what’s going on here, but the Gerard’s are having teeth issues and I’m up next. Luckily I am all good on the cavity front, but if you remember, my wisdom teeth NEED to come out ASAP. Soooo, I have that to look forward to in the new year. 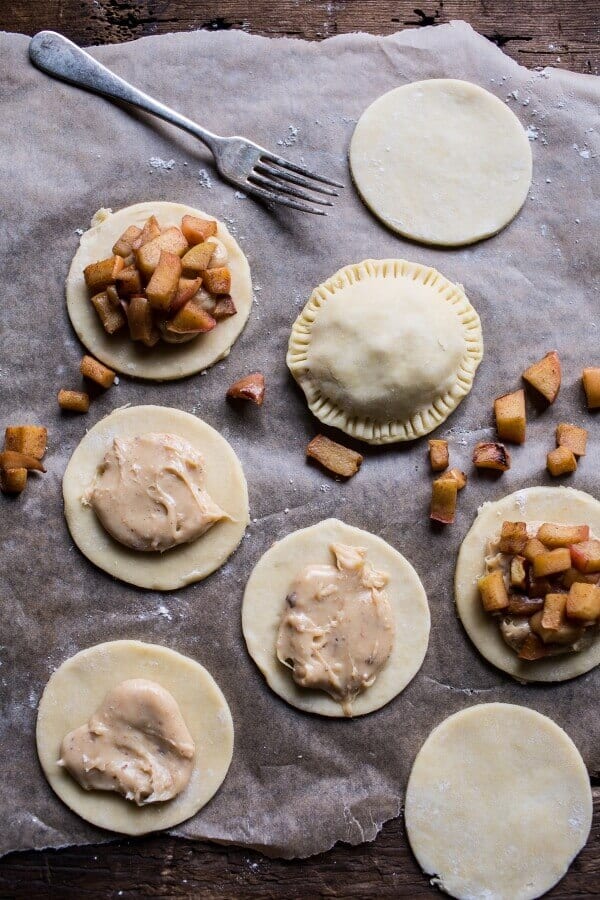 They may not be awesome for your teeth, but they will surely make you the happiest person around… and that I know from personal experience. Here’s the deal, these pies are pretty basic and simple. Think apple pies, but moister, sweeter and just well…better. It’s hard to explain, but the caramelized condensed milk adds the most awesome, buttery, sweet, caramel flavor. I pretty much just adore it.

The first step is to slowly start caramelizing the condensed milk. This does take some time and patience, but it’s easy. You just pour the condensed milk into a saucepan and simmer over low heat, stirring often until it’s light golden in color. See, simple, just takes a little time, but while that’s happening, you should be caramelizing the apples on the stove. Why cook them before baking?

While for one, since these are mini pies, the baking time is much less than if it were a traditional apple pie. Two, the apple release juices as they cook and we want to cook those out before we bake the pies so that the pies don’t turn out all soggy.

Once you have those two steps done, just make my favorite pie dough, assemble the pies, chill the pies and then bake. If you wanted to make things easier, you can absolutely use store-bought pie dough OR pie pastry. If you decide to go the store-bought route, I personally would go with puff pastry. It’s kind of my favorite and it’s EVERYTHING when paired with apple pie. Just saying. 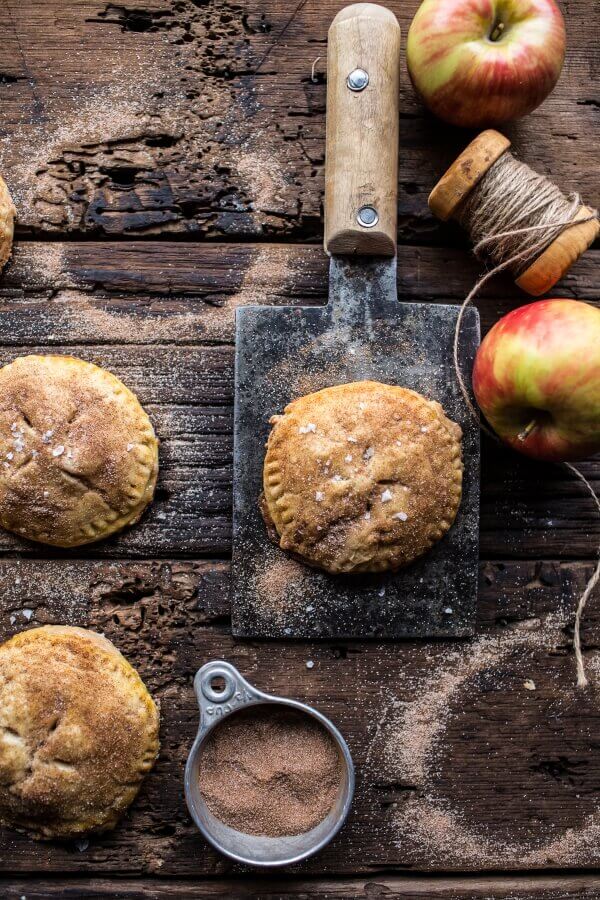 Once the pies come out of the oven, you brush them with just a little butter and a generous sprinkle of cinnamon sugar…wow, that excites me just typing the words!

Obviously, I like these bestest (my word) warm and straight out of the oven. I mean, it really doesn’t get better. All you need is a scoop of ice cream and a cold glass of milk. OR, maybe a boozy creamy drink? Like a Bailey’s spiked coffee or a hot chocolate!? Ohh, I bet that would be good, you should maybe try that. 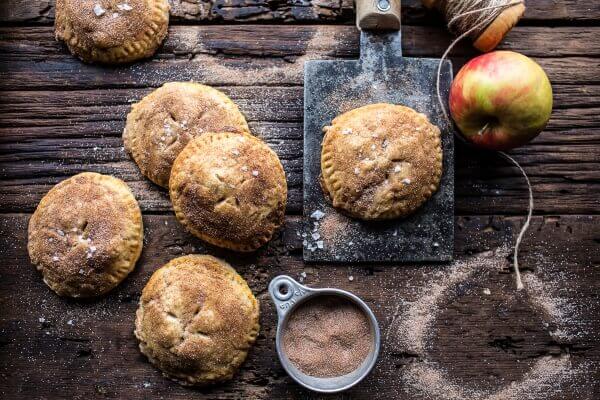 *If desired, you can continue to cook the sweetened condensed milk until it reaches a deep caramel color. This will take about and hour over low heat. Essentially, this is called Dulce de Leche. It will become very thick.
View Recipe Comments 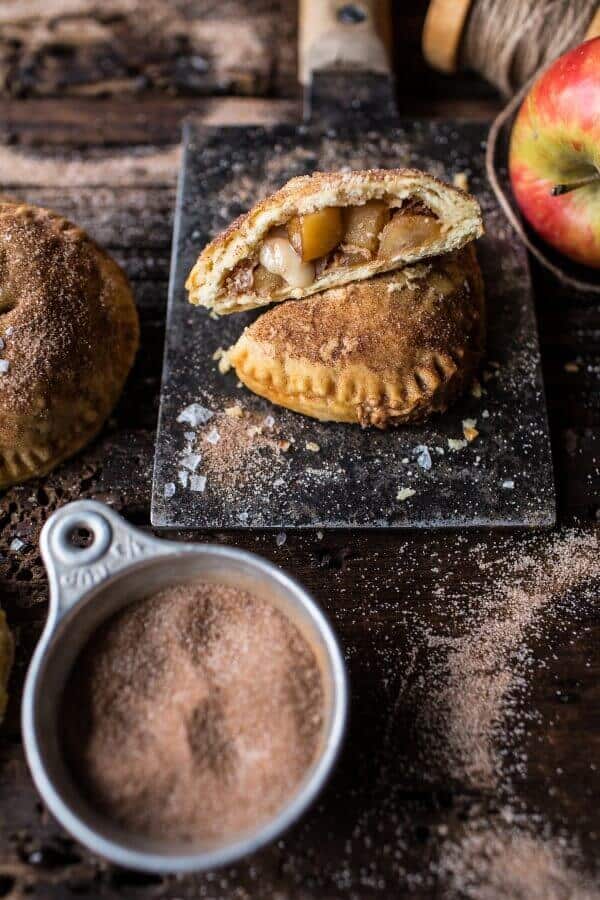 Hooray for mini pies… and thank God for November. 🙂

PS. I just realized I said I was going to keep this post short….sorry, that was so not short. I guess I just can’t help myself, I like to ramble. 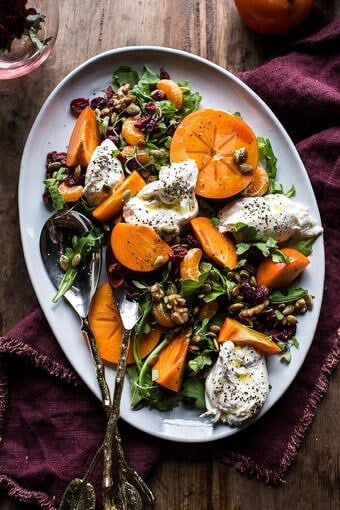