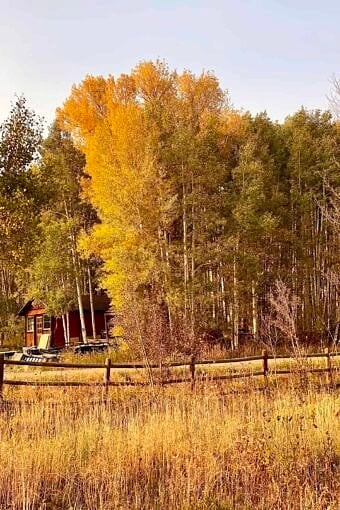 If there was ever a recipe that screams fall, it’s these soft and gooey Brown Butter Apple Blondies with Cinnamon Maple Glaze. Made with nutty browned butter, salted apple butter, cinnamon, and nutmeg. Then generously glazed with a sweet, thick, and creamy cinnamon maple glaze. There’s really nothing not to love about these autumn spiced apple blondies. The true secret? Brown butter and sweet apple butter. They keep these blondies incredibly flavorful, soft, gooey, and so delicious. The added bonus is that these bars require almost no effort to make. They’re sweet, salty, heavy on the apple butter, extra cinnamony, and every last bite is truly delicious.

We’re going on a three-week roll of Friday apple desserts and I’m not seeing an end in the near future. Well, ok. I’ll probably switch it up next Friday, but my point is that I have so many fall apple recipes written on my “to make” list. I plan to make as many as I can.

I was worried you guys would be sick of apples, but after a quick poll on Instagram earlier this week, you all assured me that the more apple recipes the better. YES. I am so with you guys. I think I said this last week, but September is apple month, save the pumpkins for October and November, you know?

These blondies are easy. Here are the steps.

These are not your average blondie. They are so much better.

For starters, there’s browned butter, apple butter, and fresh apples too. So much apple happening, and it’s SO GOOD!

Second, these are truly the easiest to make, they don’t even require a mixer, just a bowl and skillet. We all have those.

Start out by browning salted butter on the stove. Browning the butter really adds a rich nutty flavor to these bars and makes them just a touch cozier. Perfect as we slowly head into the cooler days of autumn. Once the butter is browned, remove it from the stove, and dump in all the remaining ingredients.

You’ll first add the apple butter, eggs, vanilla, flour, and spices (lots of cinnamon). This makes up the dough. Simple. Simple. But trust me, it’s going to be good.

Spread the dough out into a pan. Now, take the chopped apples and toss them with brown sugar and cinnamon. Sprinkle the apples over the dough, then bake. As the bars bake away, you’ll have incredible wafts of cinnamon, sweet apples, and butter in the air. It’s the coziest.

The key to these bars?

The key lies within the browned butter and the butter.

Butter keeps the bars rich and flavorful, but the apple butter adds a concentrated sweet apple flavor while also adding moisture. Combined together they make the best blondie bar.

While the bars cool, make the glaze.

Most blondie recipes are not glazed, but I wanted these to be extra special and a little over the top.

I took inspiration from my Cinnamon Spiced Sugar Cookies and my Apple Scones, and decided on a buttery maple glazed with cinnamon throughout. It’s just some browned butter, maple, powdered sugar, cinnamon, and salt. Simple, but delicious.

I keep mine drizzly but still thick and creamy. That way it can really sink into all the nooks and crannies throughout these buttery blondie bars.

Buttery, apple filled, flavored with hints of cinnamon, nutmeg, and vanilla, and topped with delicious and perfectly sweet maple glaze. Not much beats that, it’s autumn in a bar. Enjoy alongside a mug of steaming hot coffee, cider…or maybe even your favorite pumpkin spiced latte?!?

Total and complete perfection. Also…if you bake these up this weekend, your house is going to smell like fall, and trust me, it’s going to be amazing. Better than a fall candle. SO GOOD!

Looking for other sweet apple recipes? Here are a few ideas:

Lastly, if you make these Brown Butter Apple Blondies with Cinnamon Maple Glaze,  be sure to leave a comment and/or give this recipe a rating! Above all, I love to hear from you guys and always do my best to respond to each and every comment. And of course, if you do make this recipe, don’t forget to tag me on Instagram! Looking through the photos of recipes you all have made is my favorite!

To Make Gluten Free: Use an equal amount of your favorite gluten free flour blend in place of the all-purpose flour. I recommend Cup4Cup gluten free flour. Storing: these bars keep well for 3-4 days at room temperature or in the fridge.  To cool the bars quickly for frosting: place in freezer for 15 minutes. Remove and glaze.
View Recipe Comments 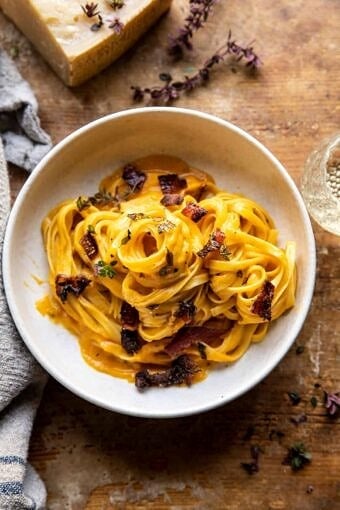