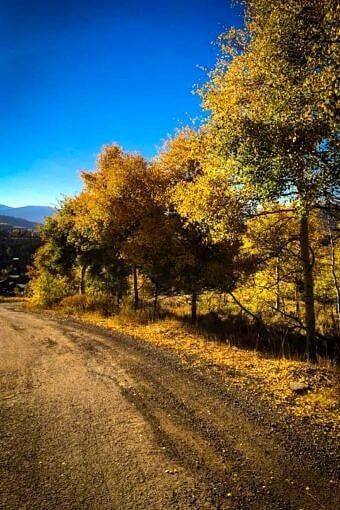 If there was ever a recipe that screams fall it’s these apple cider doughnuts. Homemade doughnuts made with mulled cider, cinnamon, apple butter, and maple. Fried to perfection (because if you’re going to eat a doughnut, eat a real doughnut), and rolled in cinnamon spice. There’s nothing not to love about these sweet doughnuts. Best enjoyed while still warm, with a steaming mug of coffee. The perfect way to welcome in fall this weekend. 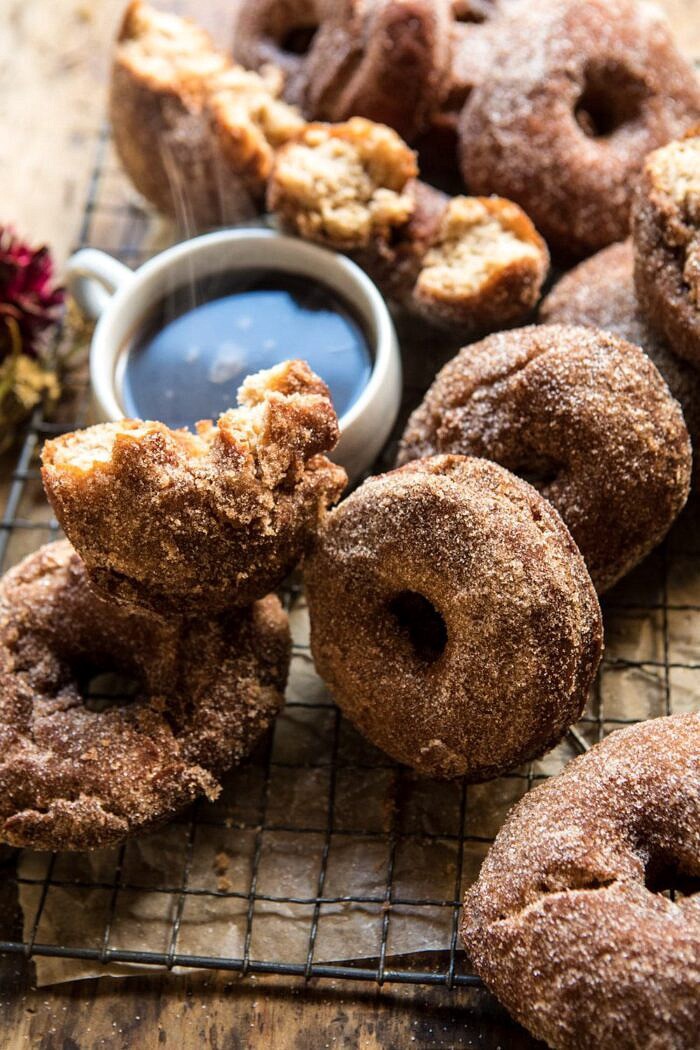 Tomorrow is the official start of fall, so today I just had to share one of the most fall-ish recipes I could think of, apple cider doughnuts.

I know that I’ve been talking about fall for the last week non-stop, but you guys know it’s my favorite season, and I can’t help but be overly excited. I mean the blog is called Half Baked Harvest after all. Not going lie, I spent weeks brainstorming just what to share today. Nothing felt special enough, but then it occurred to me that I had not once made apple cider doughnuts. When I realized this I was up out of my desk chair and frying up doughnuts within minutes.

When the ideas come, I tackle them right away. If I wait too long I’ll manage to talk myself out of them and move onto something else. Yes, my brain works in odd ways… 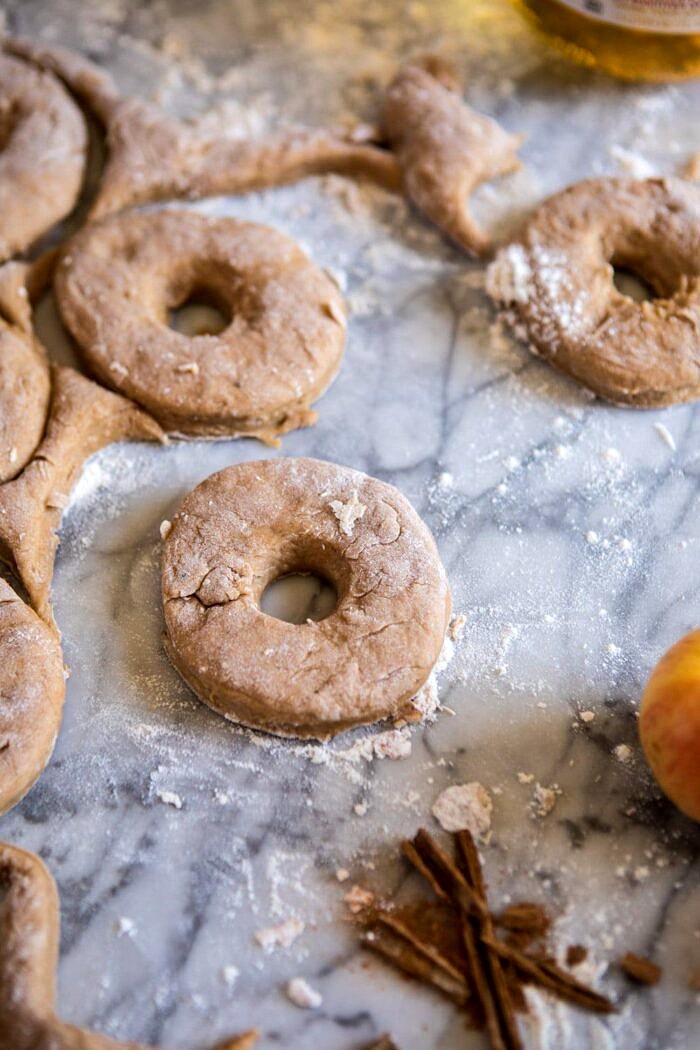 Jumping right into details today, because I feel as though I’ve been rambling a lot this week. Plus, I’ve spent the last few days unpacking and organizing the studio barn, trying to get it to be actually “work ready” and I’m just slightly tired. We still have so much to do at the studio, but progress is being made! I’ll share more details in Sunday’s Favorites post.

You know how there are some recipes that are just so delicious and so so crave worthy? Well, these doughnuts are just that. They’re full of fall flavors, crisp on the outside, soft on the inside, perfectly sweet, and truly mouth wateringly good. They’re best enjoyed on a crisp fall morning, or afternoon, with a warm mug of coffee, tea, or hot cocoa. 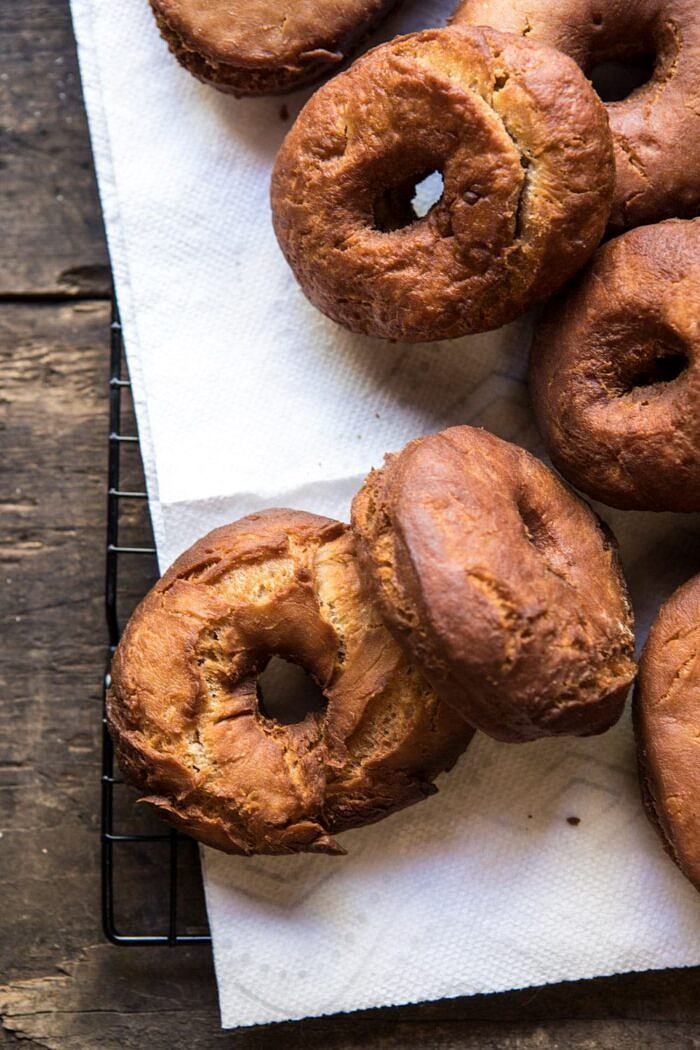 To start, make the doughnut dough. Unlike most doughnuts, apple cider doughnuts are not made using any yeast, and instead are made with baking powder and baking soda. Not only does this make them simpler and easier to make, but it gives them a heartier, denser texture with a soft inside, but a slightly crisp outside. 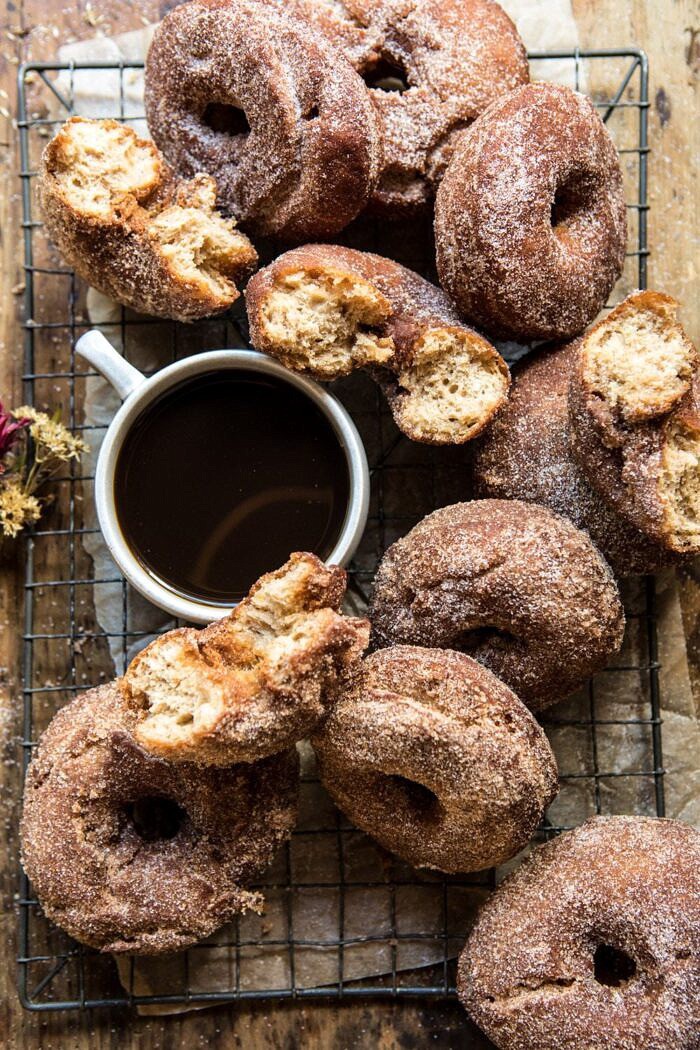 The key to a really good apple cider doughnut though?

Frying them and almost immediately rolling them generously in cinnamon spice (also known as cinnamon sugar). 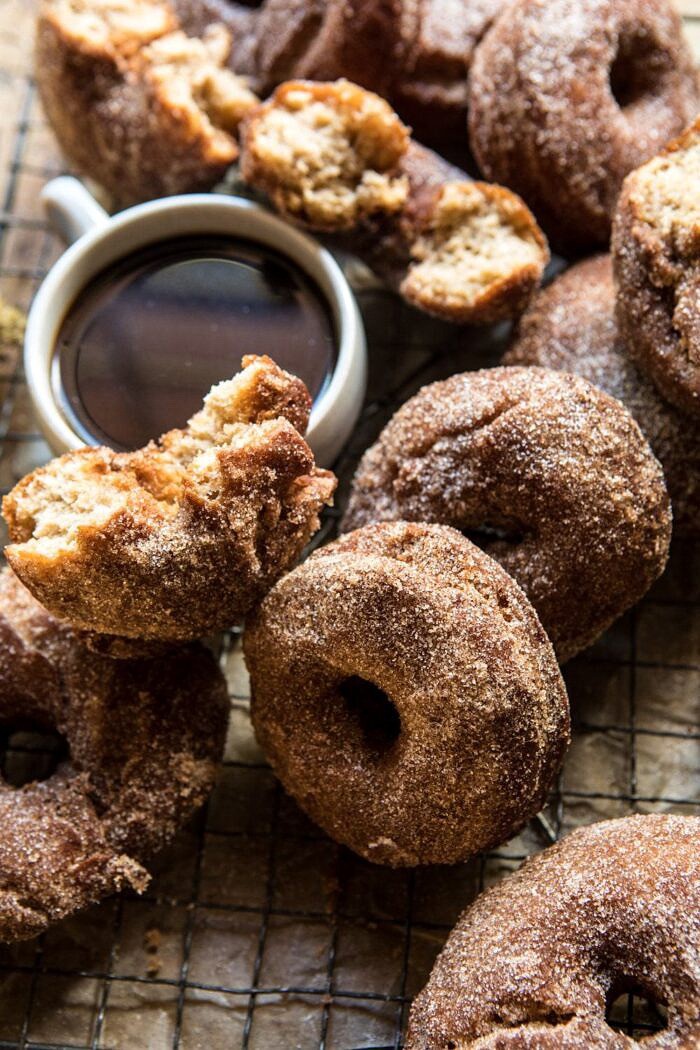 I’ll be the first to admit that I hate frying. But sometimes, every now and again, like when fall rolls around and you have a rainy weekend on your hands, frying up apple cider doughnuts is the only thing you should be doing.

Try making them this weekend. Promise you will not be disappointed. These are everything you want out of an apple cider doughnut, but better.

Also? If you happen to go apple picking this weekend, or sometime in the near future, grab some good apple cider while you are out. Good cider makes all the difference.

Also, also…these really are best when eaten slightly warm and with steaming coffee. Highly recommending making a batch for an afternoon snack…and maybe lighting a candle too, because if you’re doing the cozy vibe, do it well. 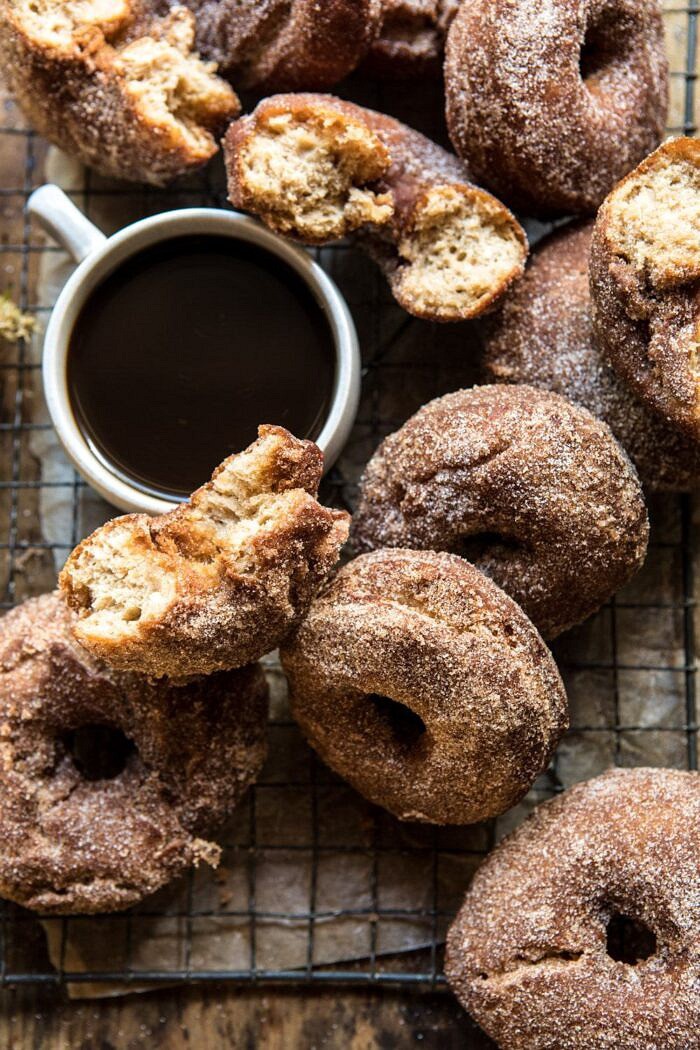 Watch the How To Video:

If you make these mulled spiced apple doughnuts, please be sure to leave a comment and/or give this recipe a rating! Above all, I love hearing from you guys and always do my best to respond to each and every comment. And of course, if you do make this recipe, don’t forget to also tag me on Instagram! Looking through the photos of recipes you all have made is my favorite! 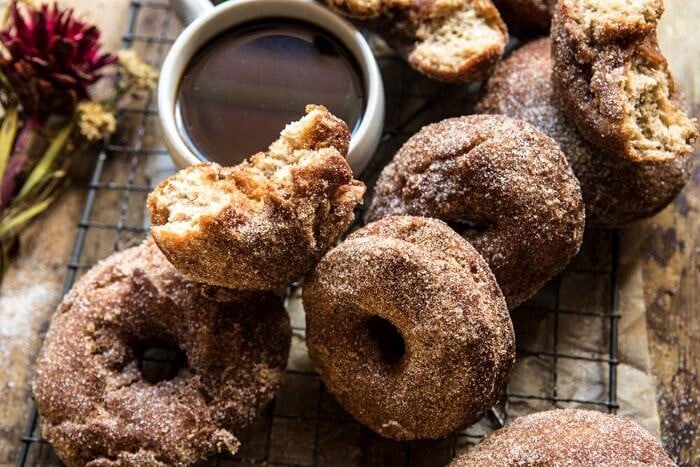 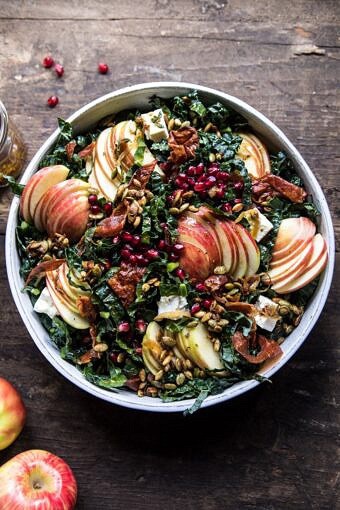