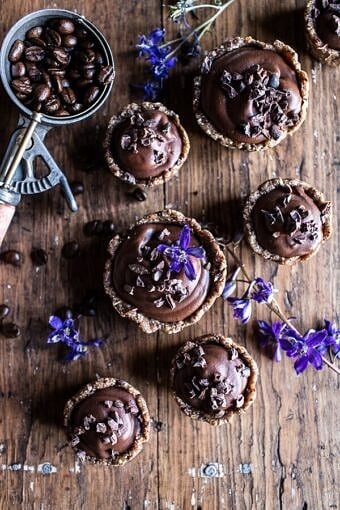 I made us something light and delicious for lunch!! 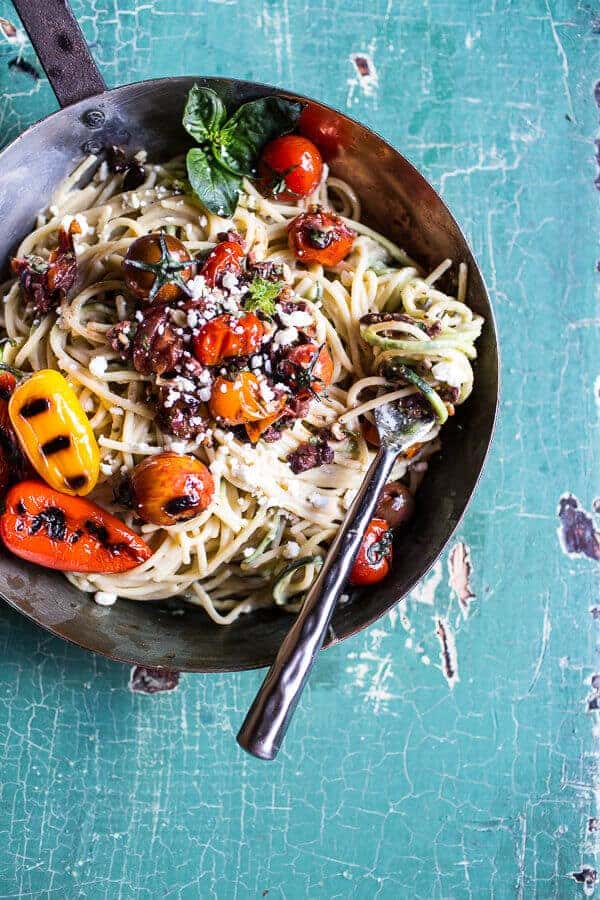 Or dinner. It’s really whatever you are feelin, but the point is that this is easy, quick and light! Am umm vegan too…but again, you’ll have to subtract the feta. Sorry, I just can’t do with out the cheese.

Ok, so let me tell you my “poor me” sob story regarding these Mediterranean hummus noodles. I know, maybe not the best way to start a post. 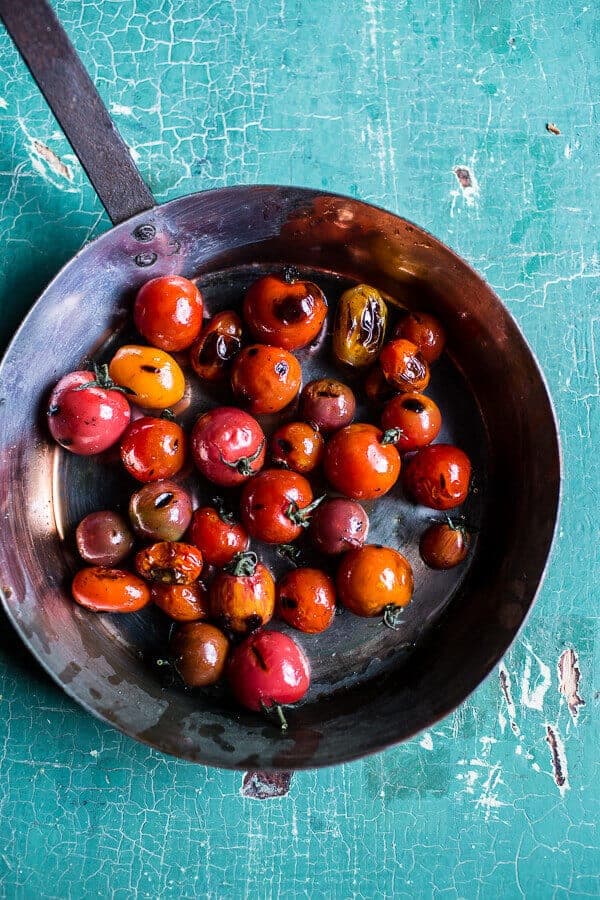 Anyway, I have now made this noodle dish three times as well as taken three sets of photos. Why?

My mom would say because I am crazy, and I would agree, but it’s really just because if my head decides something is not just right, than it will bug me until I finally give in and try to make it right. And that’s what I did with these noodles.

The rational part of my brain knew that the first day I made these they turned out delicious and the photos were fine, but the rational side of my brain NEVER wins.

Basically, I was unhappy that I just slightly overcooked my noodles and in turn they came out all mushy. Here’s the thing though, the noodles still tasted great and you really couldn’t tell they were THAT mushy in the photos, BUT I knew, and so it bugged me. Please tell me someone can relate to this? I can’t be the only one with this crazy of a head on their shoulders…then again, maybe I can. 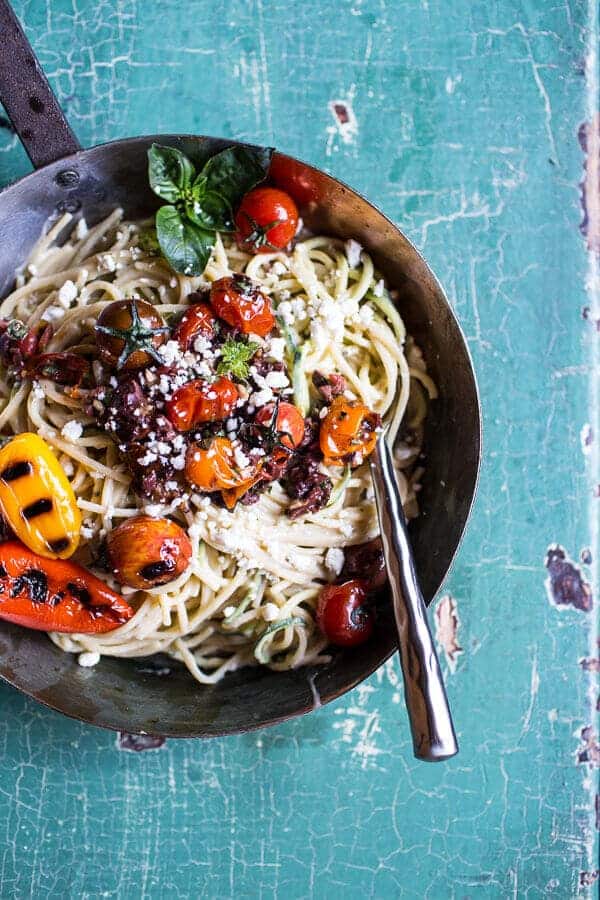 This day was just not good one. Bad things happened all day. And by that I just mean, I very poorly styled the photos and the lighting was ALL off.

Yes, I am serious. Can you say, a tad on the dramatic side? Yes, I think so. To me though, those are bad, bad, bad things. <–real world problems right there…NOT.

I still couldn’t leave things the way they were, so I made the noodles again (on the same day…good thing they are so quick to make). Third time is a charm right?? Sort of. Still not happy with my bright blue background and worry that it’s a tad obnoxious, but by the third try my thoughts normally just give way to being tired of trying and I except the imperfections.

Also, my mother has informed me that she’d never want to be in my brain. She says it sounds exhausting. To me, it’s just me, and I know nothing else. BUT honestly, I kind of like it. I feel like in the end I make the right choices, so even though at times my brain is a tad torturous, I still love it.

Which is a good thing cause I don’t think I can replace it. 🙂 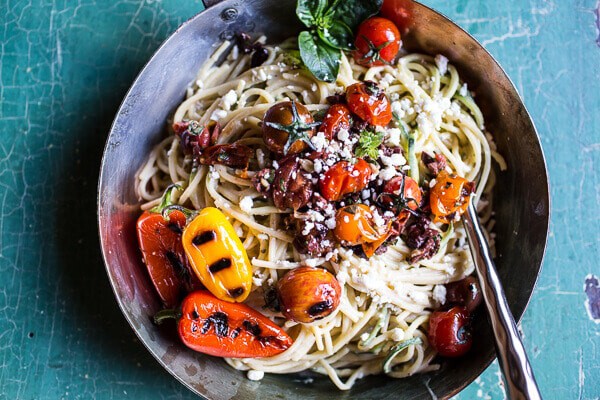 With all that said I really do love these noodles. They are tossed with a super quick “hummus” pasta sauce that’s creamy and filling. It’s a lot like a cream based pasta, but without all the cream. 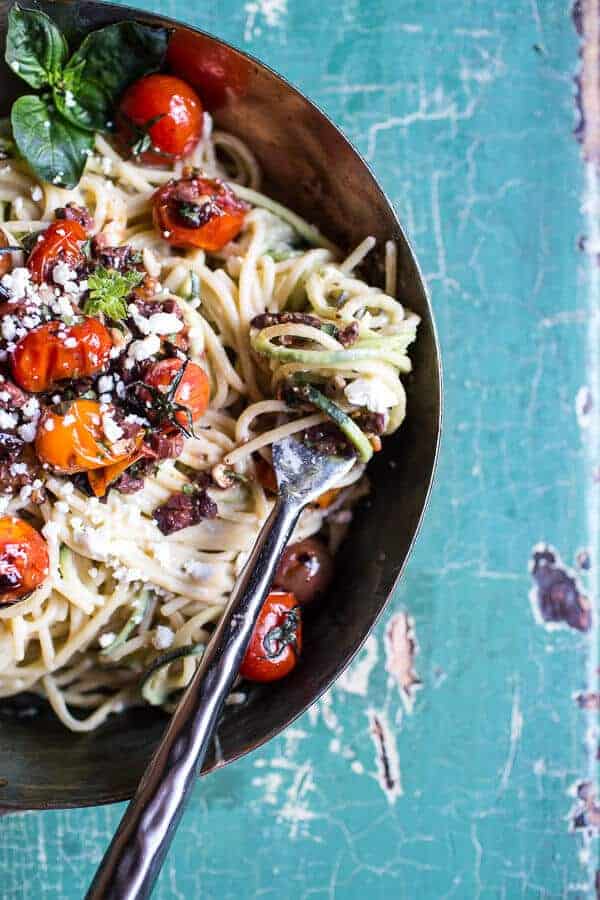 The noodles are good completely on their own, but I had a bunch of cherry tomatoes that were a day or two past their prime so I just blistered them on the grill and made a quick sauce for topping. Oh, and I added some baby bell peppers because, YUM!

And that’s it. It’s a completely vegan and gluten-free noodle dish if needed, and perfect for a light lunch and or dinner…which means we get to eat chocolate later! 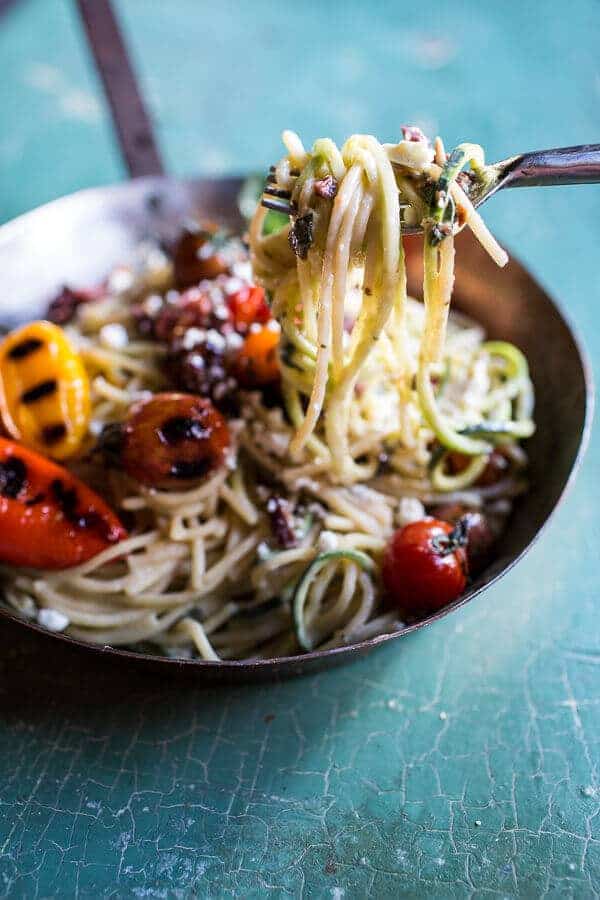 *If you do not have a spiralizer just thinly slice the zucchini into matchsticks. **Inspired by Rachel Ray Magazine May 2015 Issue.
View Recipe Comments 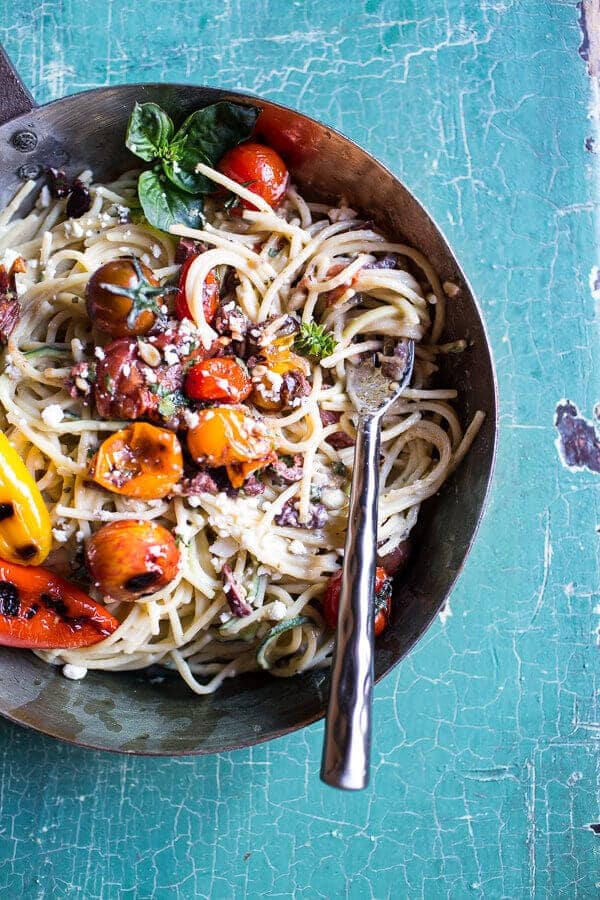 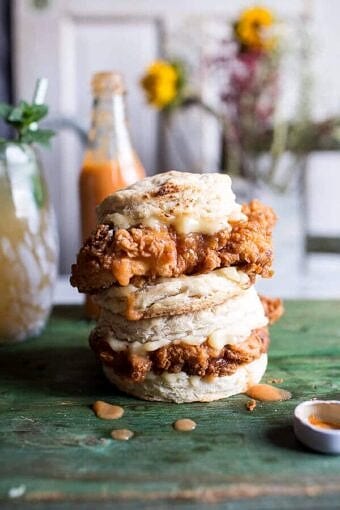