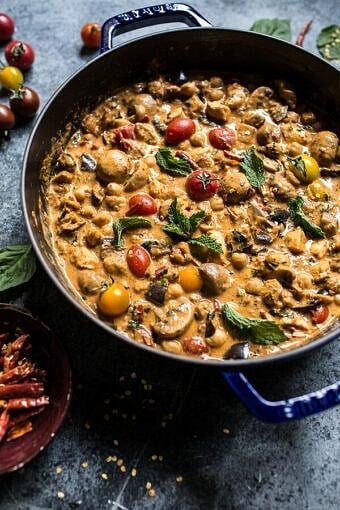 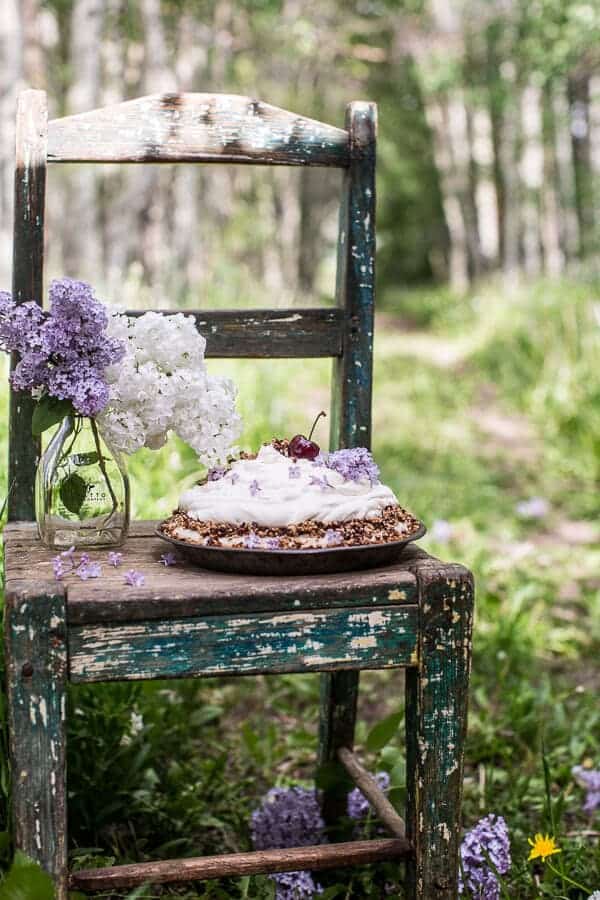 Cause we NEED to talk about this haupia (coconut pudding) macaroon pie. It’s kind of amazing and I will not lie, I have been dreaming about the last slice since the day it disappeared. Which yeah, was way too long ago.

Ok, it was like the other day, but it feels like SOOO long ago. <–real world problems, right?? 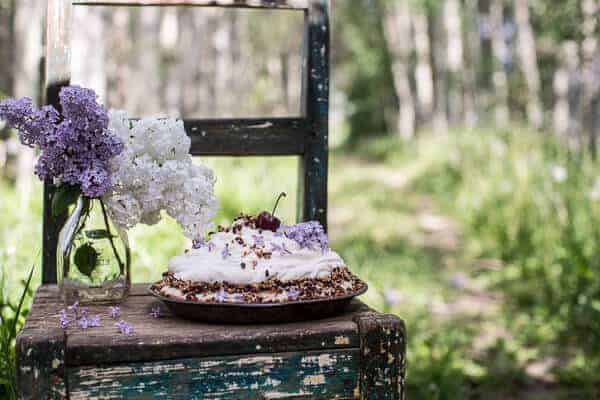 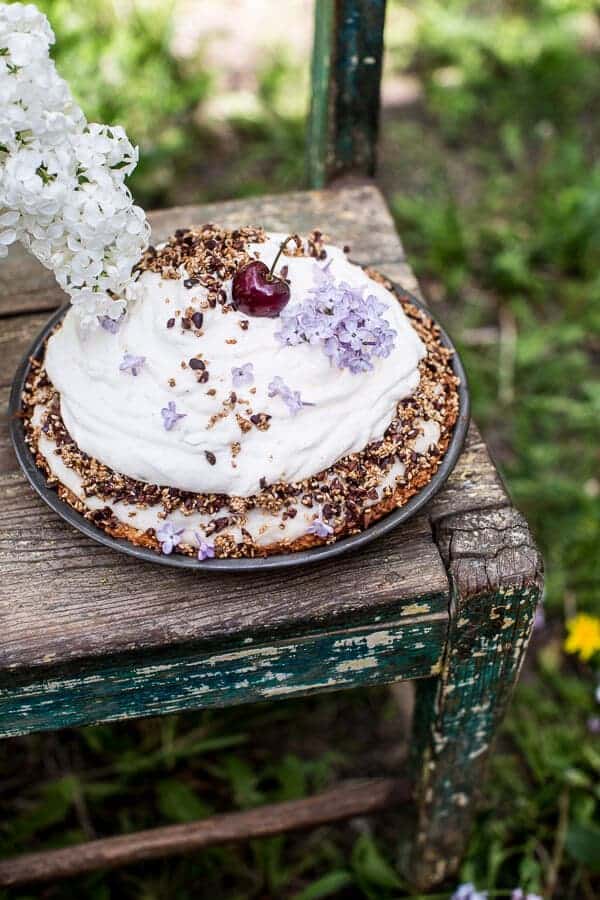 Whenever it was, I apparently still had big, bright and beautiful lilacs available. Sadly, the lilacs along with this pie are now gone. Good thing I can make time for an impromptu Friday pie making session, cause clearly I need to get my butt into the kitchen and make this again…for the third time this month. 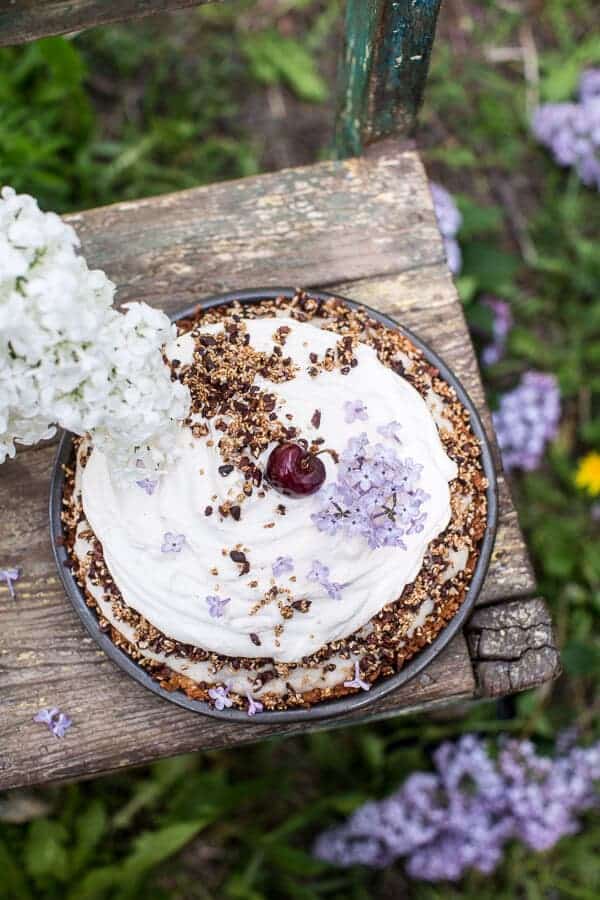 Honestly, this pie is everything a pie should be. Or well, a non flakey, almost no bake pie anyway. See, there are two types of pies. One is the classic, flakey pie with a filling of fruit or pecans or chocolate or whatever your little heart may desire. The other kind of pie, is the no crust rolling, almost no bake and still totally awesome kind of pie. This is THAT PIE.

And I say it’s almost no-bake because you do have to bake the macaroon crust (which,umm…..dreams could be made of), but that’s just a minor little detail that anyone experiencing hot summer temps should probably overlook. 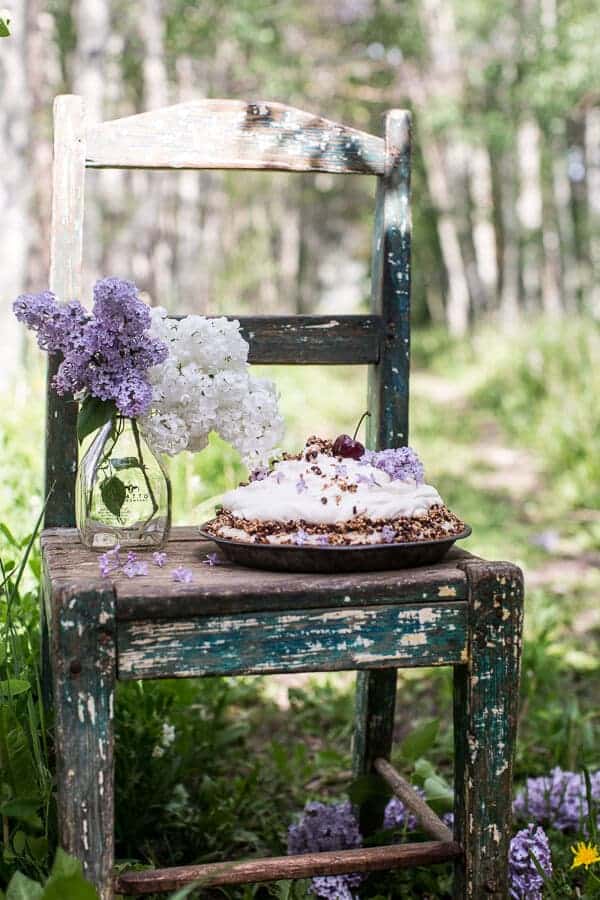 Since we’re already talking crusts, let’s start there. This crust is basically a giant macaroon. Think delicious toasted, coconut pie crust. I mean, graham crackers are so yesterday, today is all about the coconut crust. Trust me, you’ll be subbing in this crust ALL the time, it’s my favorite. Here’s a smaller version of this crust in a mini tart form – so good!. 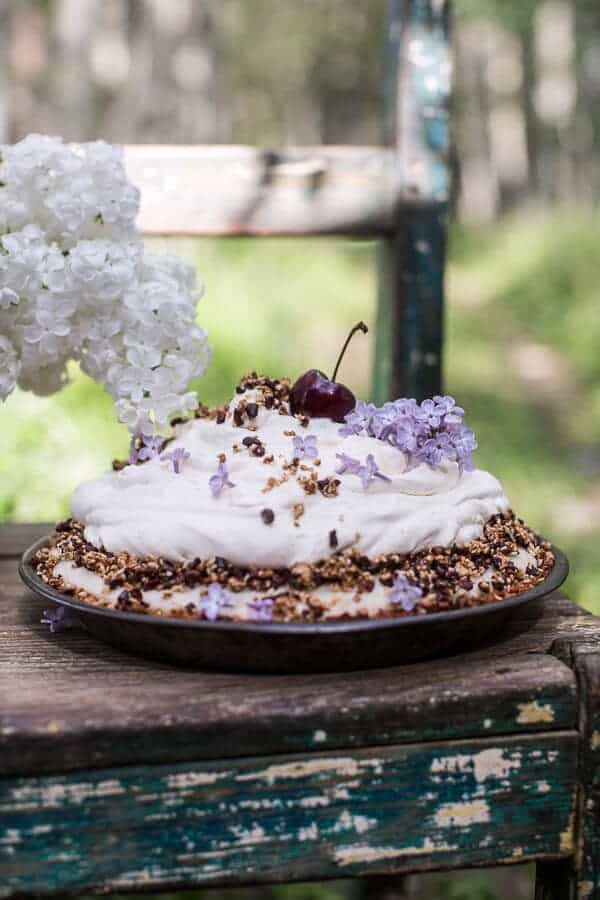 So once you have the crust, it’s time to move on to the fudge. Yes, FUDGE, like the chocolate stuff we eat (or I eat) a lot of during the holidays. It’s the really good stuff that basically everyone wishes they could eat all year round, but for some reason tends to only make around the holidays. Well, today I am going to change all that and make fudge mid summer AND add it as a layer in my pie. It’s the right thing to do…again, trust me on this. 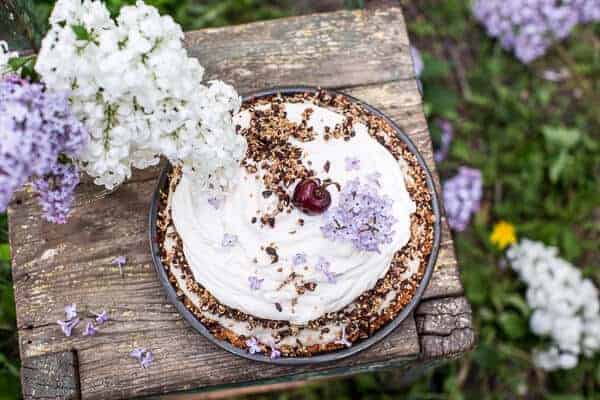 Ok, but here’s the thing. This fudge is not just any old fudge. It is fudge flavored with miso. Miso is quickly becoming one of my favorite things to add into baked goods because it really just adds a great salty/sweet flavor. Don’t be weirded out by adding miso to a sweet dish…it’s kind of the “in” thing to do right now and you just kind of need to try it before judging.

However, if it freaks you out just a little too much, no biggie. You can just leave the miso out of the fudge and add a pinch of salt instead. Up to you, but if you’re living on the more adventurous side of life, try the miso. I think you’ll love it!!!

Oh and the best part, the fudge recipe makes a little more than you will need for the pie filling. Meaning fudge snacking all weekend long… heck yeah. 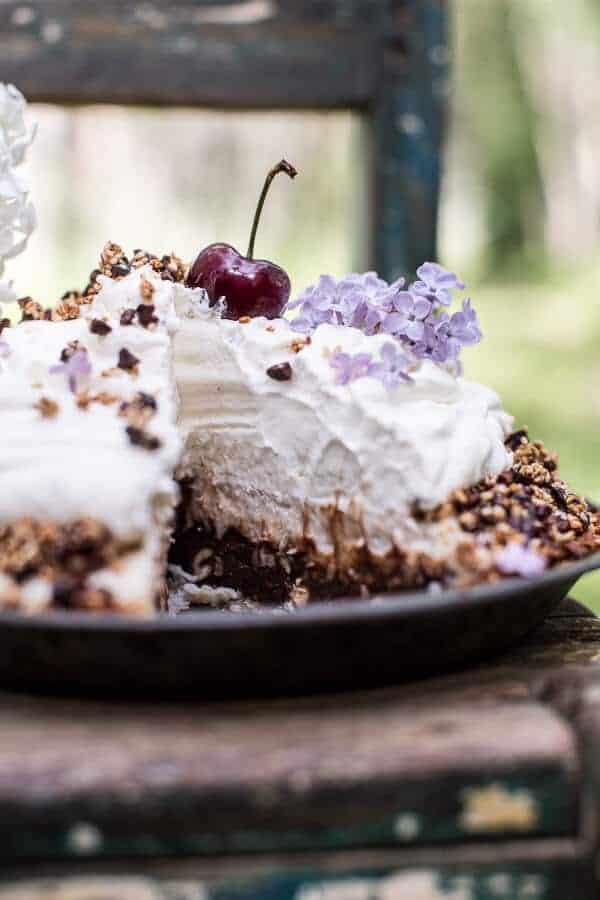 Alrighty, so you have the macaroon crust and the thick layer of fudge, now comes the coconutty part. Haupia is really just a fancy Hawaiian name for coconut pudding, but I kind of like saying it, so I went with it.

It’s really just thickened coconut milk sweetened with sugar and flavored with vanilla, but it’s also one of my favorite sweet treats. Eating it warm is honestly the best, but even when cold it’s equally delicious, and when paired with fudge, pretty much out of this world! 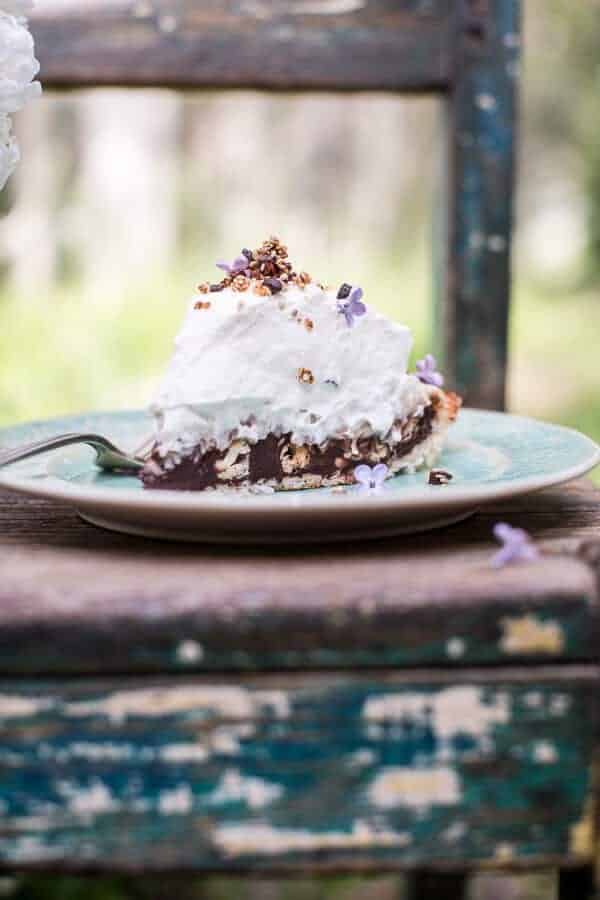 Also, the caramelized sesame cacao nibs, oh my gosh, these are the best. Like sprinkle them all over your pie. They are the perfect final touch…two thumbs up for sure.

Finally, I just have to say sorry for the lack of process shots. I was a little too excited about my idea for this photo shoot and basically all my thoughts went into getting this pie outside. The good news is that even though this pie does have a few steps, it’s still actually pretty simple to make… 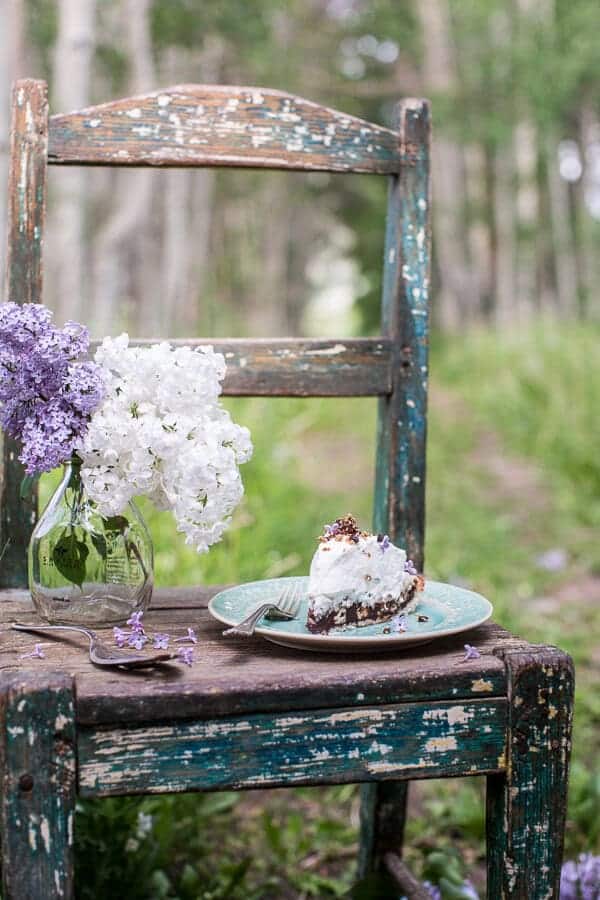 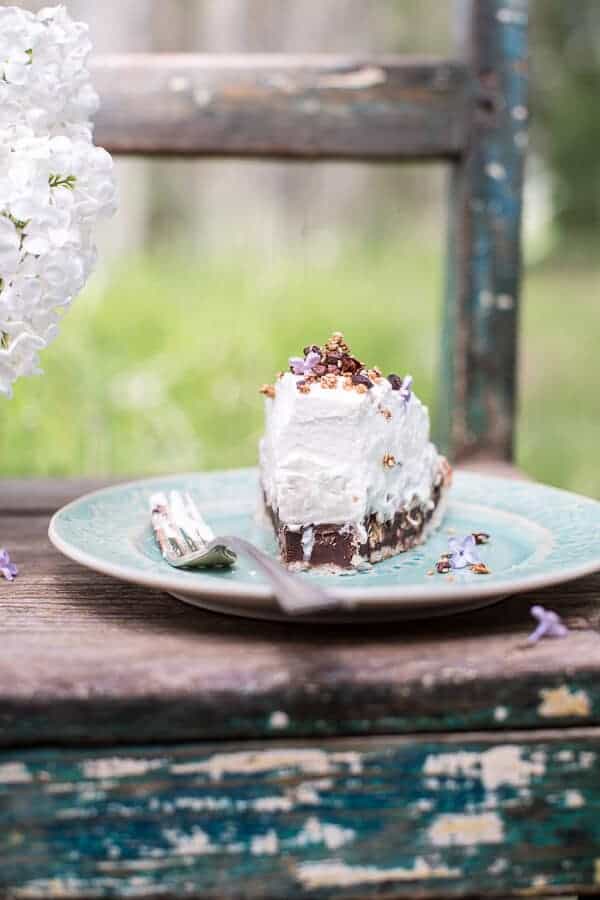 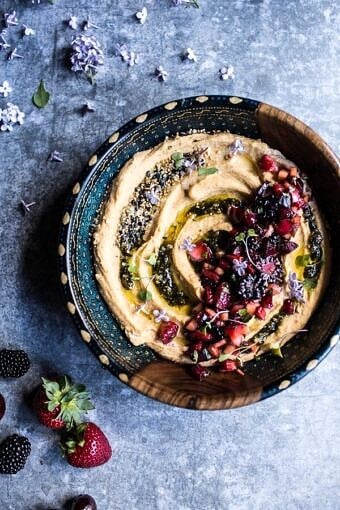