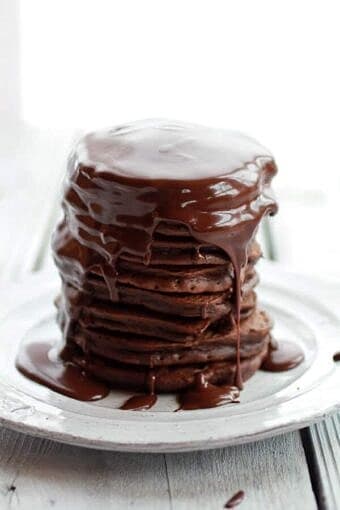 Shepherds pie… is it British or Irish? My mom insists Irish, I thought it was British. 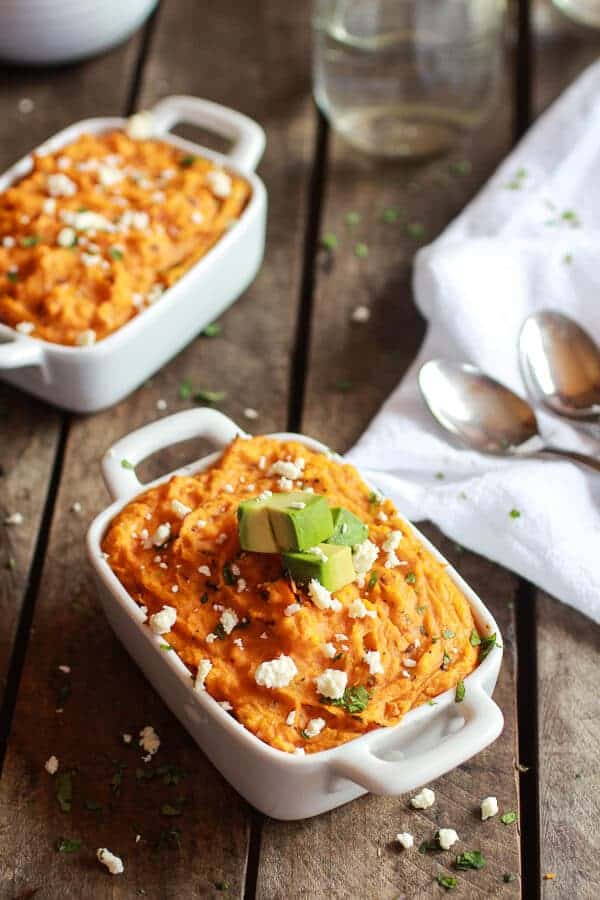 I did a quick Google search on the topic which mostly pointed towards a British/Scottish origin. Seems the true origin dates back to the Scottish countryside in the 1700’s where the dish was made mostly by the poor from leftover lamb meat combined with gravy and mashed potatoes. It was originally called “cottage pie”. Shepherds pie didn’t come about for another 100 years or so when the Brits, who’d taken a liking to the pie but also added some veggies, favored the word shepherds over cottage. Apparently the word cottage was a term associated mostly with the poor. Since rich folks enjoyed the pie as well, “shepherds pie” came to be the term more widely used.

At some point the Irish did catch wind of this tasty little pie. They have been claiming it as their own ever since! 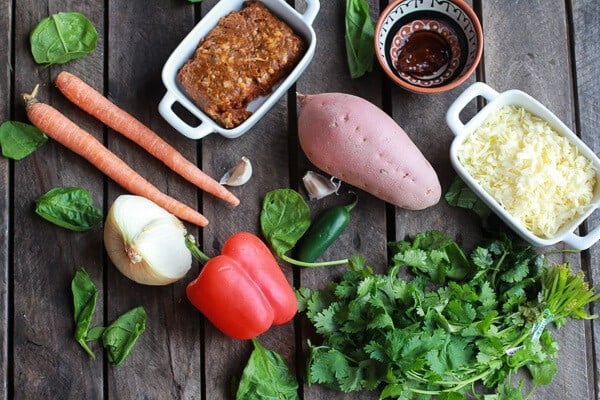 Do you think the British like Mexican food? Oh my gosh, I hope so. 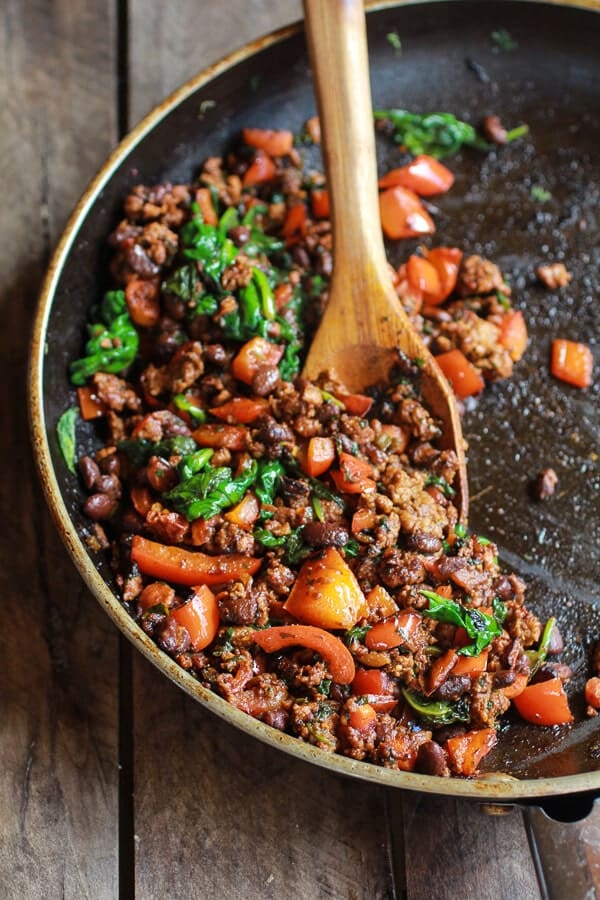 I hope I am not offending them by turning their classic Shepherds Pie into a hard-core Mexican dish.

You see it just sort of happened one day when I had some chorizo and sweet potatoes on hand. 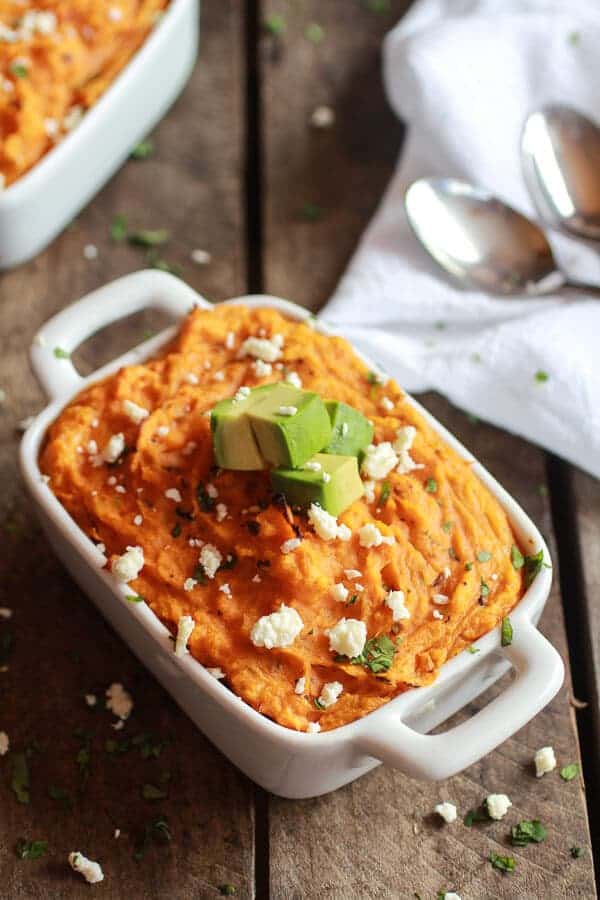 I mean why not?

I’ve made sweet potato chorizo tacos that were tasty, so I figured this was sure to be good as well.

I hoped. I prayed. 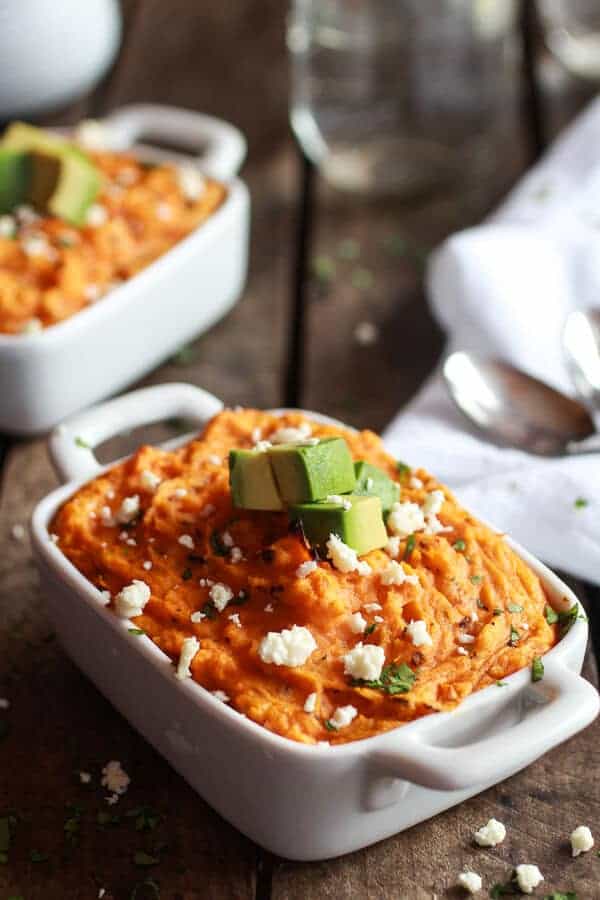 Spicy Mexican chorizo, with the cheesy, creamy sweet potatoes… it works! Topped off with diced avocado and a heavy sprinkle of cotija cheese, it is British food turned Mexican. So so good. 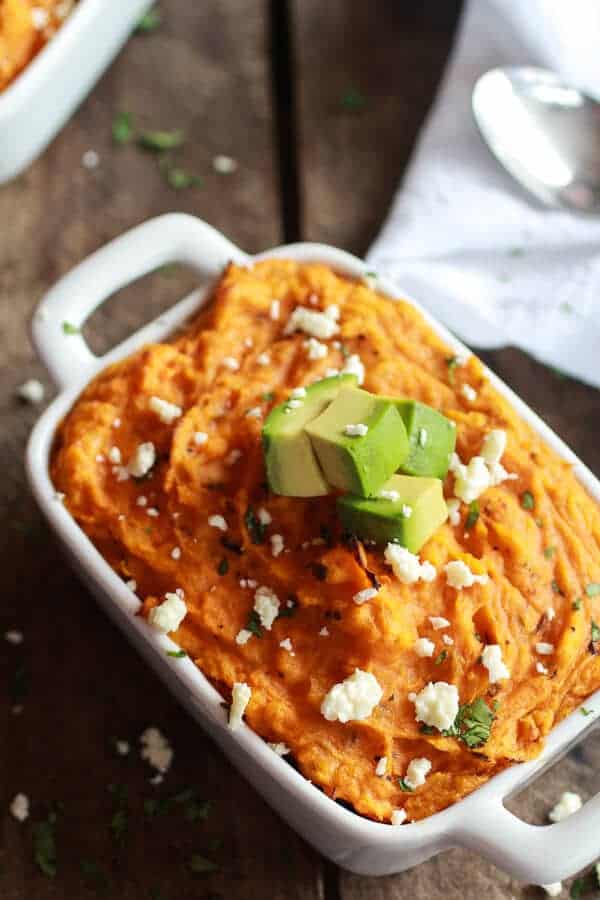 Oh and FYI – yesterday, I think I dropped and broke four bowls.

No, not I think. I did. It was rough. None of my shots worked either. Nothing seemed to go my way, which is why today’s post is short and sweet! 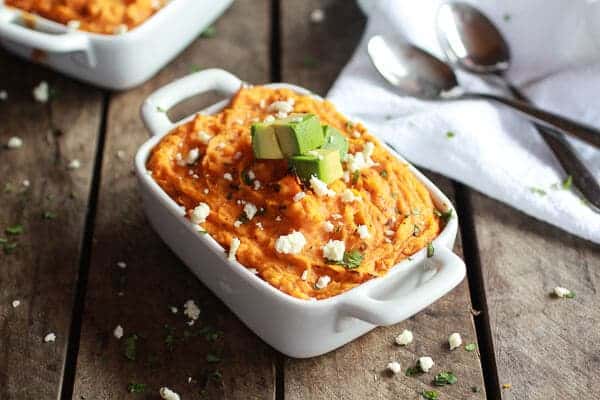 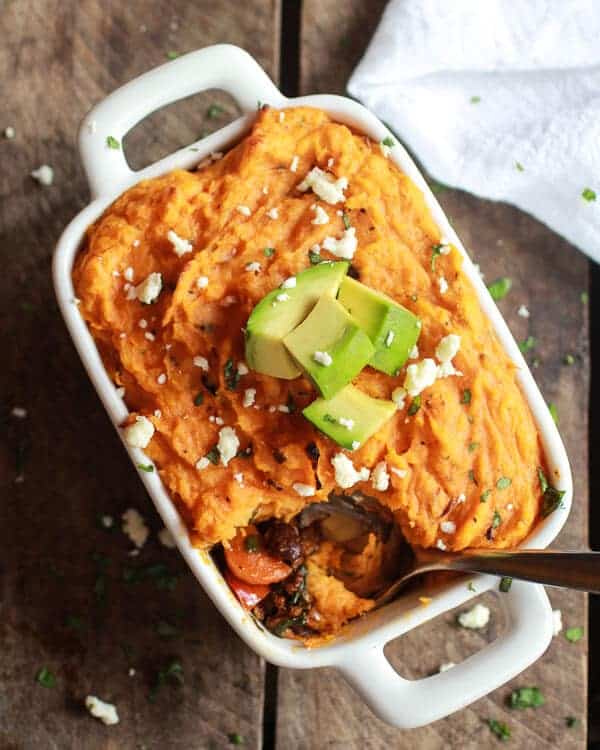 Feeling like tomorrow is going to be sweeter though. 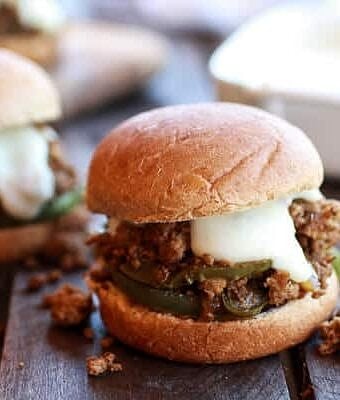