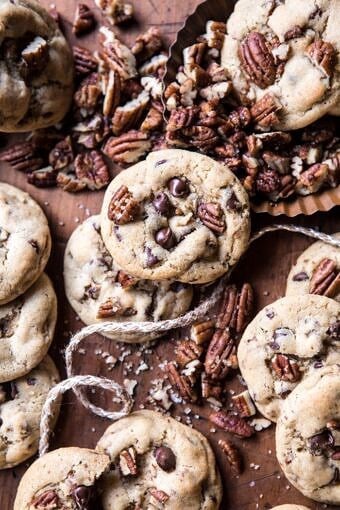 If there is one soup you need to make this November, it’s got to be this Cream of Pumpkin Soup with Maple Pecans.

When I think of November, and certainly Thanksgiving, I think of two things, turkey and pumpkin. I know, so typical. But I recently learned I am no different from most when it comes to Thanksgiving, I love a traditional meal filled with classic turkey, plenty of sides, a creamy soup, and pie…of course.

You see, I did a poll on Instagram stories the other week, asking whether a traditional Thanksgiving meal was preferred or something a little different…traditional won by a landslide.

Currently, I am all about this pumpkin soup.

It’s sweet, creamy, and topped with the most delicious maple pecans (possibly the best thing to ever be put on top of soup). I served the pumpkin soup inside little roasted sugar pumpkins and the cuteness of this soup has me so excited. Hey, I always say, presentation is just as important as taste! 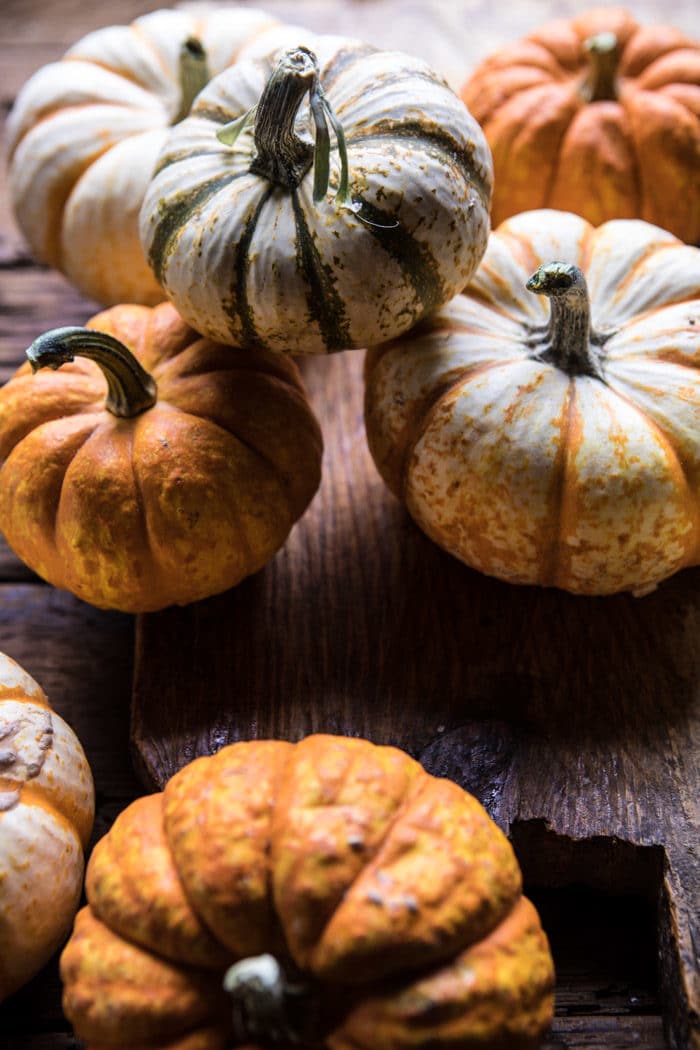 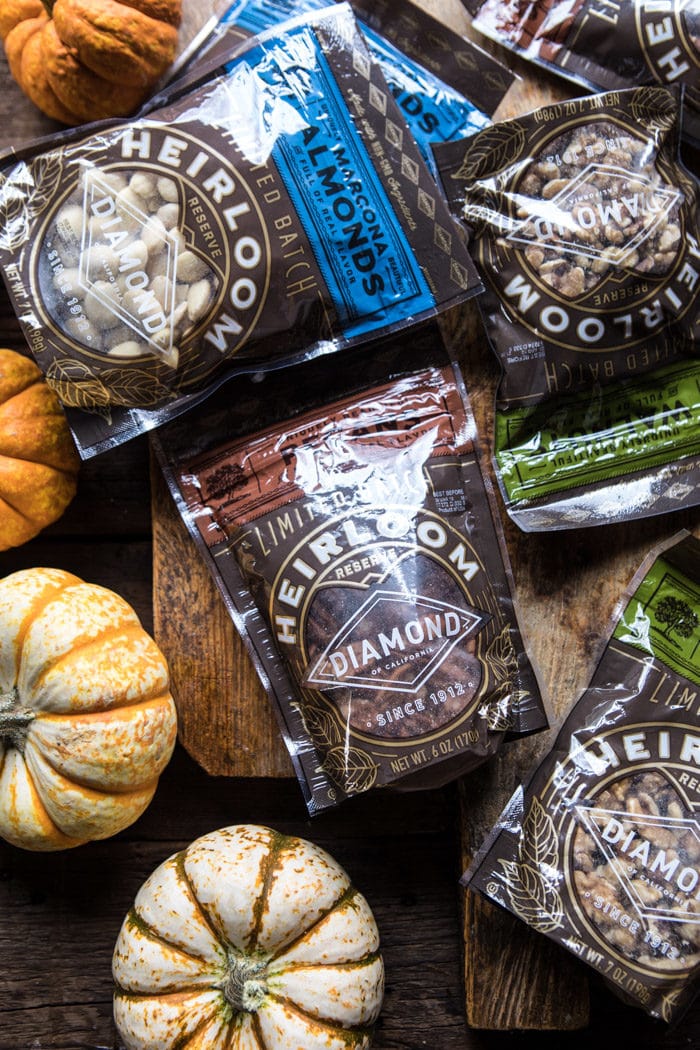 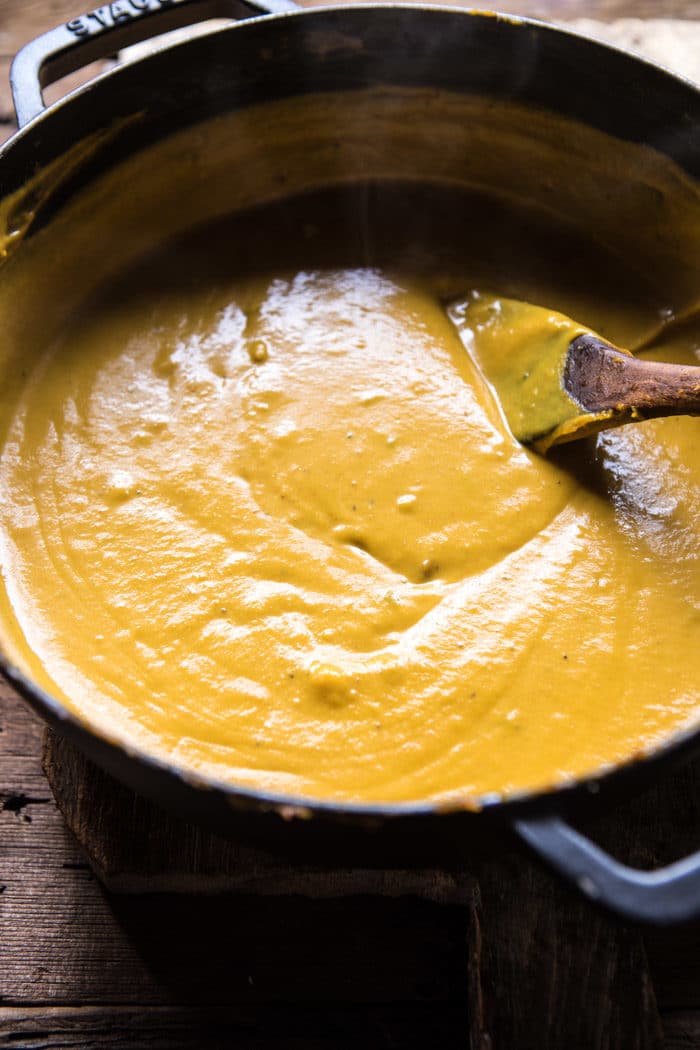 The base of this pumpkin soup is very simple, but I did do something that might throw some of you off just a smidge.

The recipe starts off by simmering some real maple syrup and a cinnamon stick together. I know that using maple in a savory recipe like pumpkin soup may seem somewhat odd, but trust me, it makes for the most satisfying pumpkin soup. I’ve found that pumpkin soup can often be a bit bland. Adding in a little maple syrup and a touch of cinnamon brings out the sweetness in the pumpkin. And when paired with the cream? Well it all balances out and creates the best pumpkin soup. 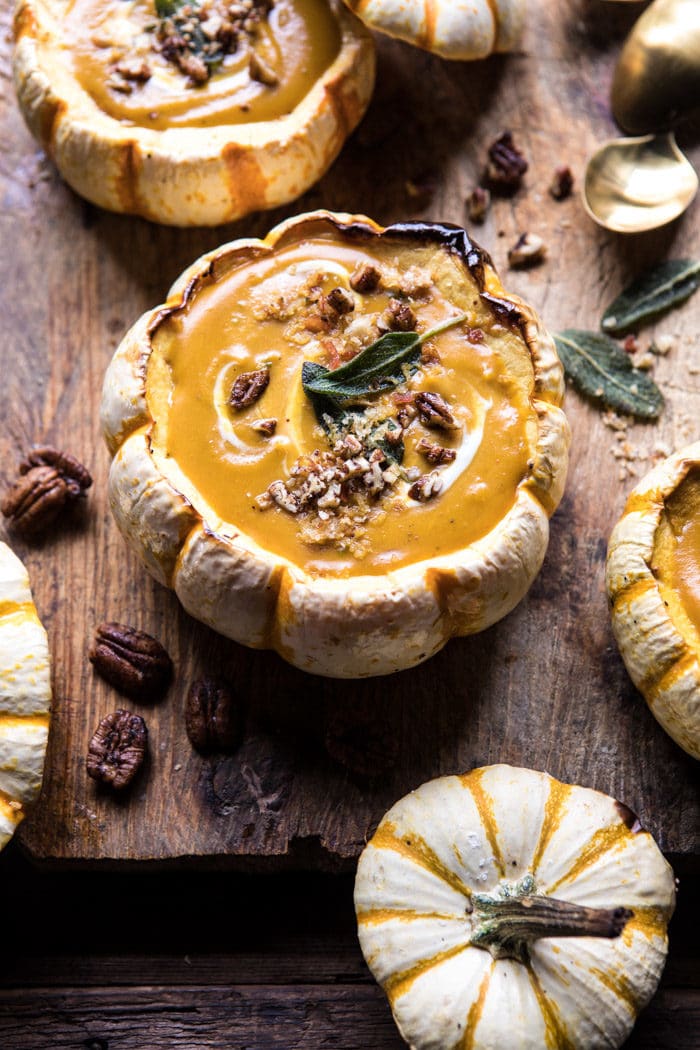 As you guys know, I’m all about toppings, but especially when it comes to a cream based soup, I just think they need a little texture and toppings are the way to go.

The maple pecans that go atop this soup are everything. They complete the recipe, adding a final touch of sweetness and a nice crunch. I’m even more excited about the pecans because I used Diamond of California Heirloom Pecans.

For the first time ever, Diamond of California is reviving a selection of increasingly rare varieties of nuts that existed long before the conventional growing methods that have dominated the agricultural industry. These heirloom varieties of nuts have been passed down over generations and possess naturally beautiful irregularities that boast enhanced flavor and distinct texture.

The heirloom nuts are made with non-GMO ingredients and are available this month in the produce section of various fine retailers as well as on Amazon.com.

You guys, I can’t tell you how delicious these nuts are. The taste is not even comparable to your everyday grocery store nut. I can’t wait to use each variety for upcoming holiday baking (hello to my Pecan Pie Cupcakes and Baked Brie Bites with Honey Pears and Walnuts). And those marcona almonds? Totally putting those on my Harvest Cheese Board from the HBH cookbook. 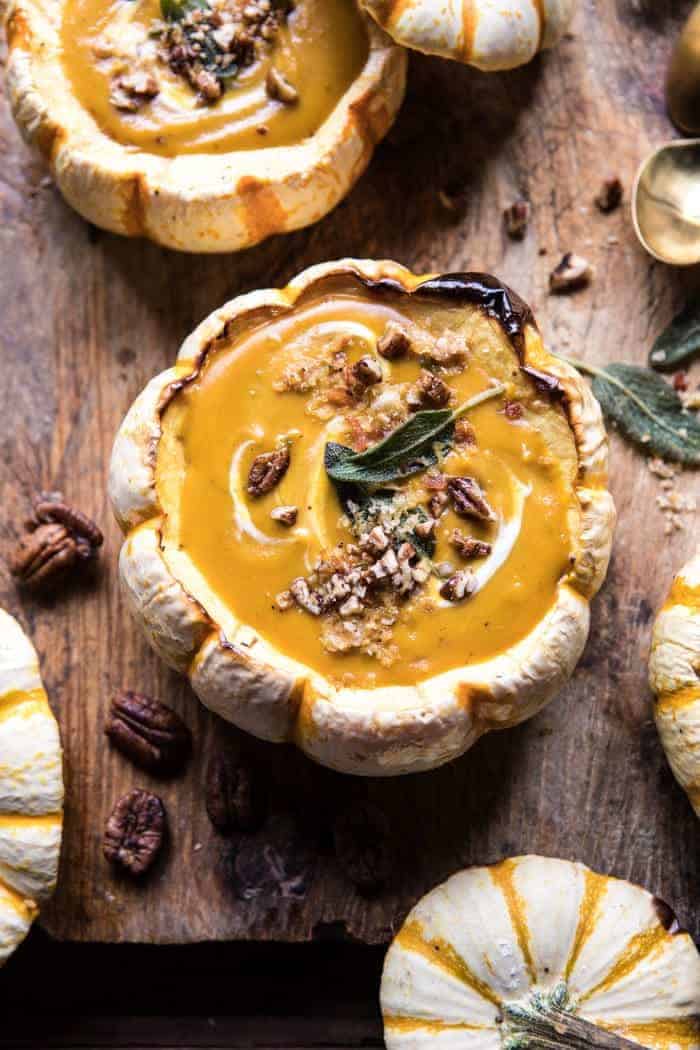 If you plan to make this for your Thanksgiving table this year, here are a few tips.

Roast the pumpkin bowls ahead of time, make the soup, then just warm both before serving. The roasted pumpkin bowls can be warmed in the oven, but they don’t need to be piping hot, as the soup will warm them up.

You can also make the pecans and sourdough pangrattato a couple of days in advance to save time on Thanksgiving Day. And of course, if you want to make this completely vegetarian, you can omit the prosciutto. Not a huge deal at all, but I do love the salty flavor it adds. 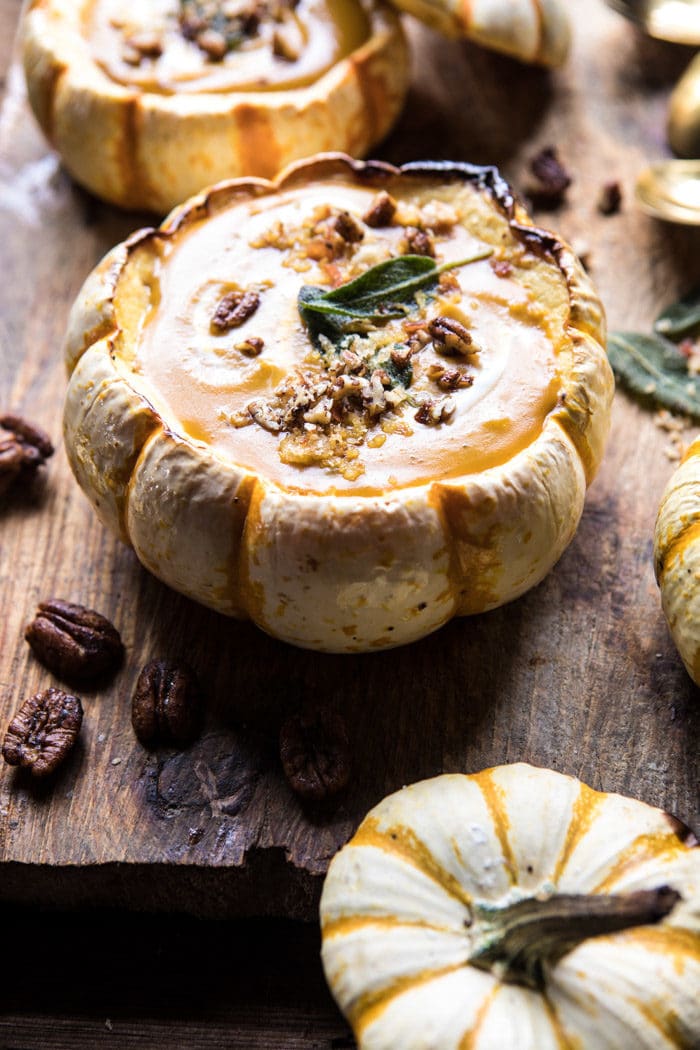 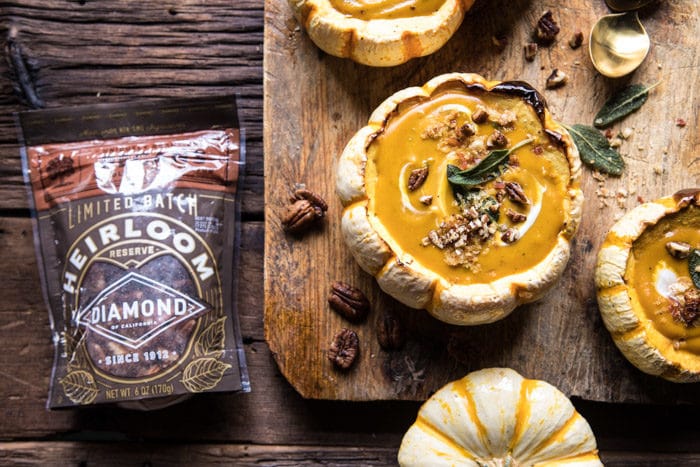 What is not optional? Those maple pecans, they truly complete this soup.

{This post is sponsored by Diamond Of California. Thank you for supporting the brands that keep Half Baked Harvest cooking!}

My 2017 Thanksgiving Menu and Guide. 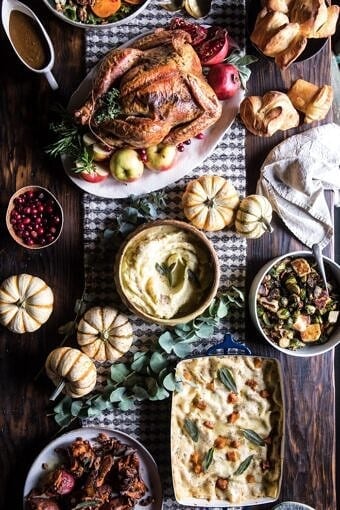