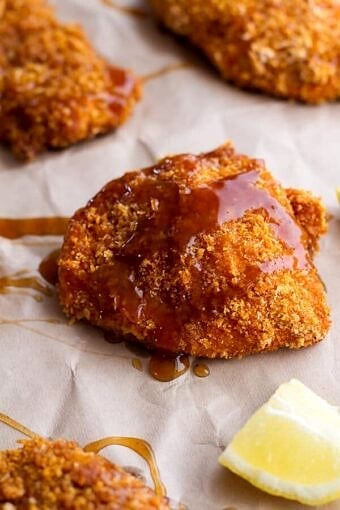 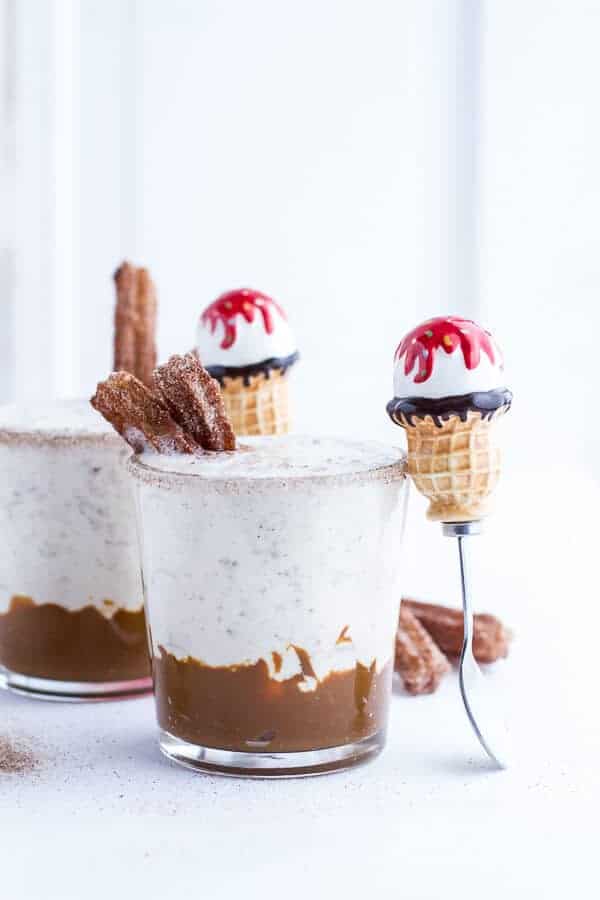 Well not here, because here it is still snowing (and I am not kidding – like at all). But for most everywhere else it is almost ice cream season.

And I love ice cream season. 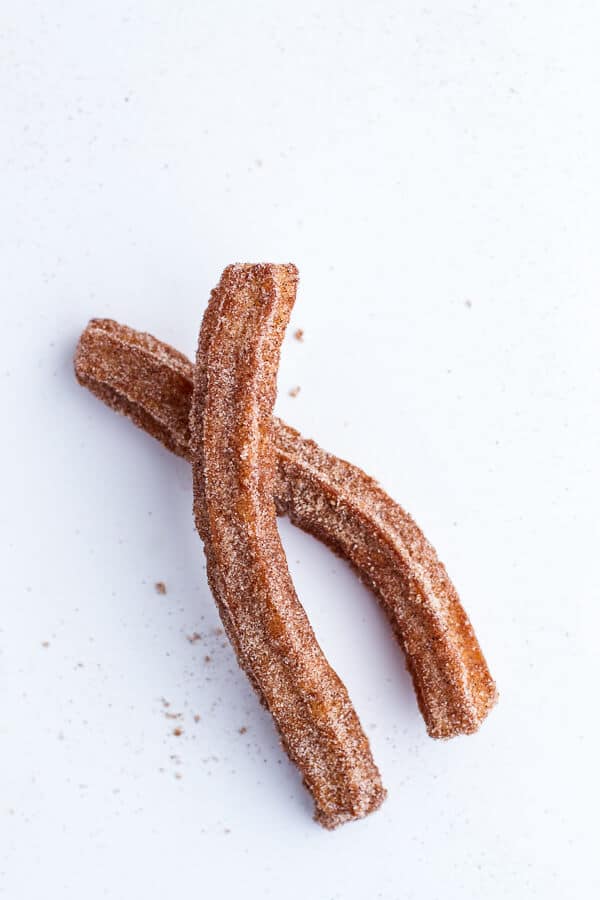 In my mind ice cream season means a few things:

~and all the homemade ice cream I can possibly make 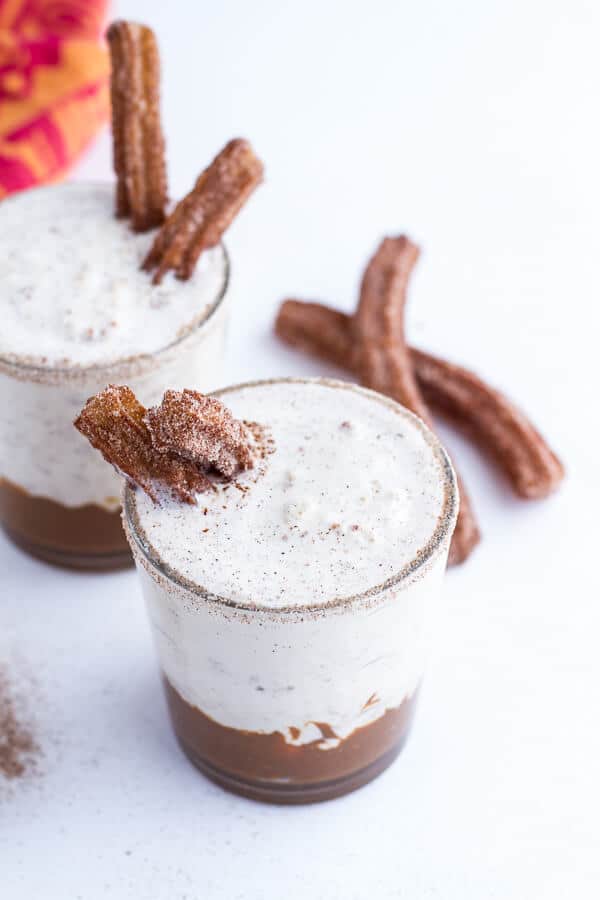 Basically, it’s just an awesome season. I know we are not really there yet, but I still say a milkshake is needed on this Tuesday… snow, sunshine, rain or whatever else may be going on your neck of the woods. 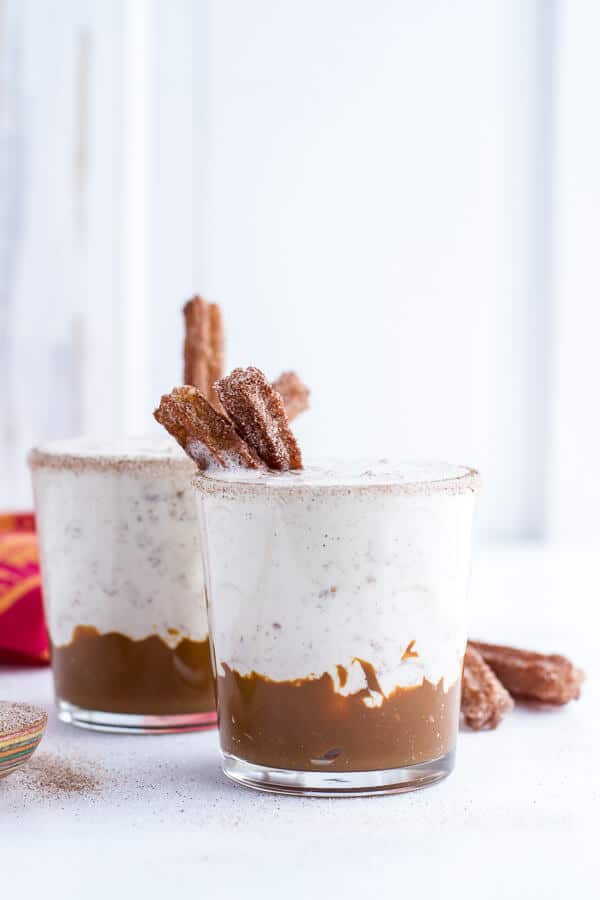 Alright, but here is the real deal. When I was brainstorming recipes last week I kind of went a little crazy with the Cinco de Mayo stuff.

And when I mean a little crazy, I mean I could have fed an army with my Mexican inspired breakfasts, lunches, dinners, snacks and desserts. 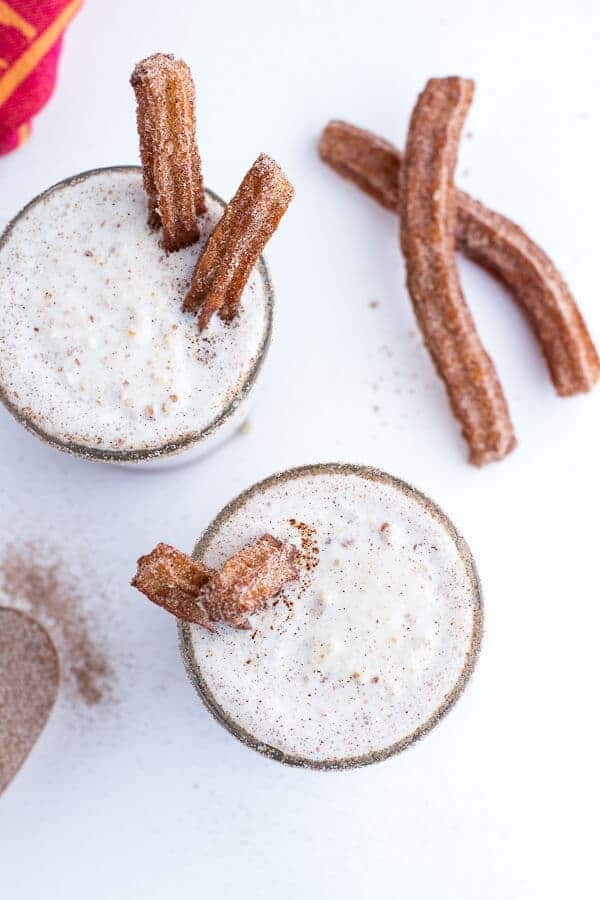 I have always been a little curious about all the doughnut milkshakes that I have seen floating around these days, so I guess that is mostly where this idea came from. I was out walking one morning thinking about churros (because that’s totally normal and all) and how dang addicting they are. On this particular day, it just so happened to actually be sunny and semi-warm, and I think I just had cool spring/summery things on my mind. So Mexican met cool spring/summery and churro milkshakes it was.

Now I know it sounds super odd, and I actually almost did not make them because the boys where all weirded out. Basically, they just wanted churros and milkshakes… but separately. Whatever, I did it anyway and they loved um.

Although mine where just a tad intense, seeing as I added four rather large churros for a milkshake serving only two. Let’s just say they were heavy on the good stuff. 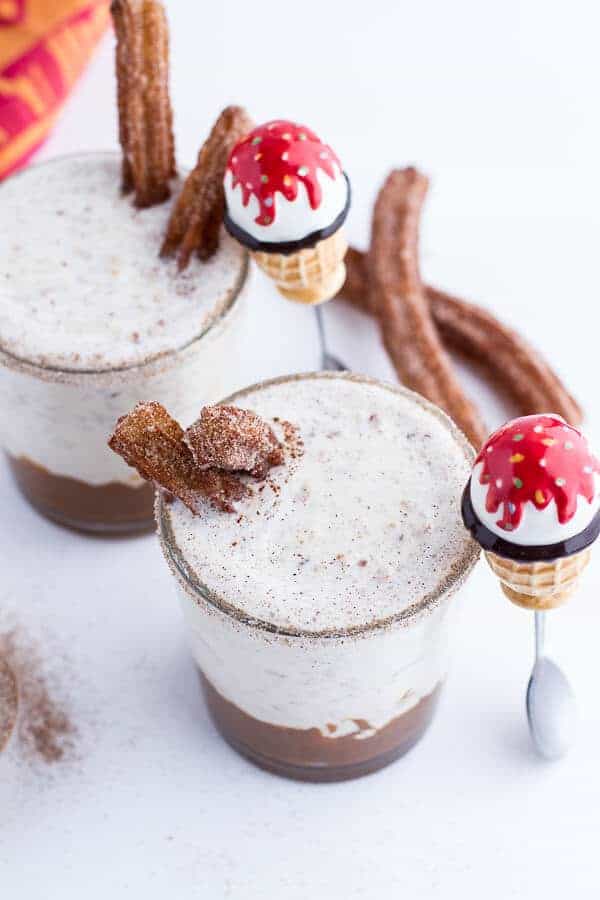 So for a little less intense shake I would probably just add two churros, four was a little much.

But if you think you can handle it, go for it. 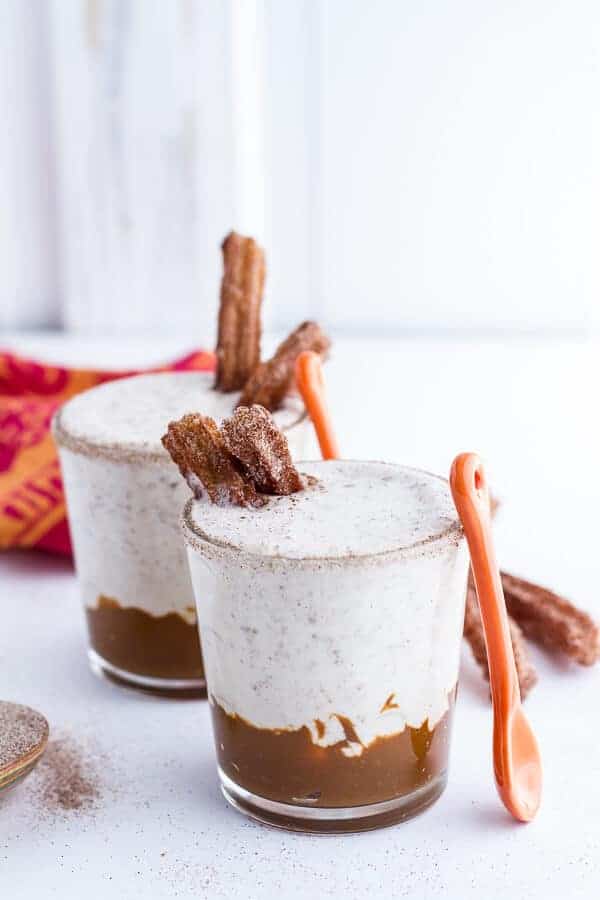 Since my Monday was just, well flat-out horrible, I totally spiked these for the family with some coconut rum. Nothing serious, but it just makes the day a little bit more fun…

Especially when you are me, who does not drink at all, but oddly loves a tablespoon of tequila and rum mixed into sweet and savory foods. Sometimes it’s just the perfect finishing touch. Of course, it is totally optional. 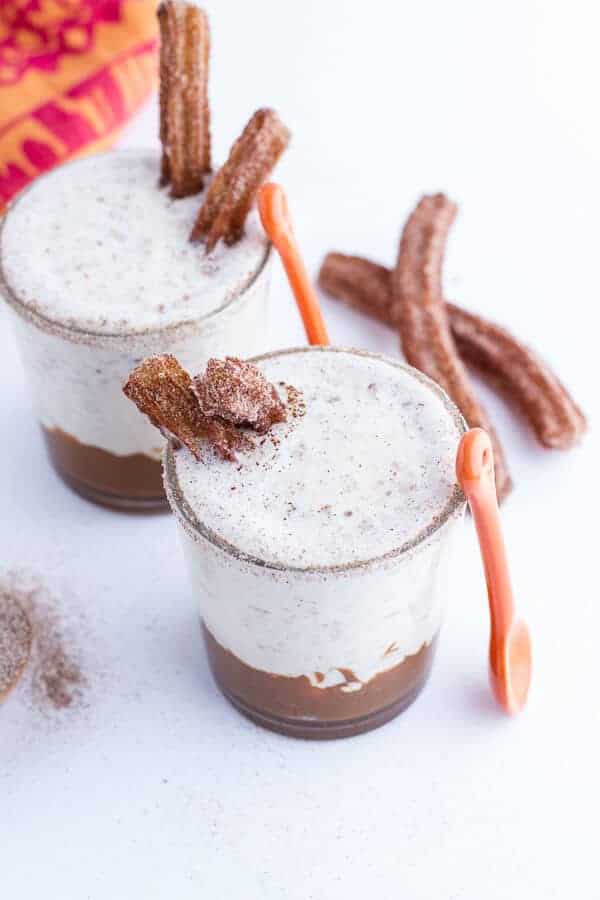 Oh, and churros dipped in a little milkshake? Yeah, that is awesome too. Make sure you make a FULL batch of these churros. They’ll be gone in seconds.

Thinking about more ice cream on Friday. Would that be too much? 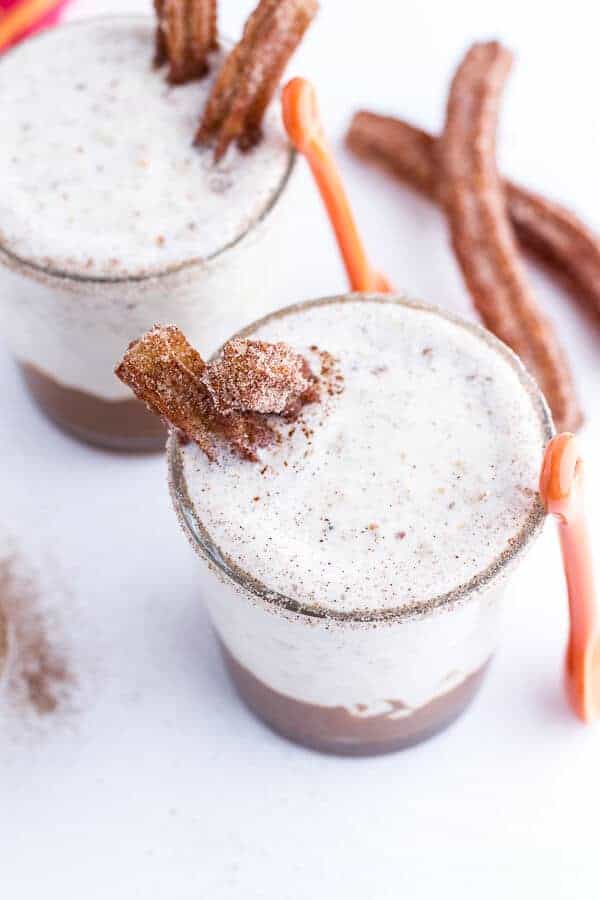 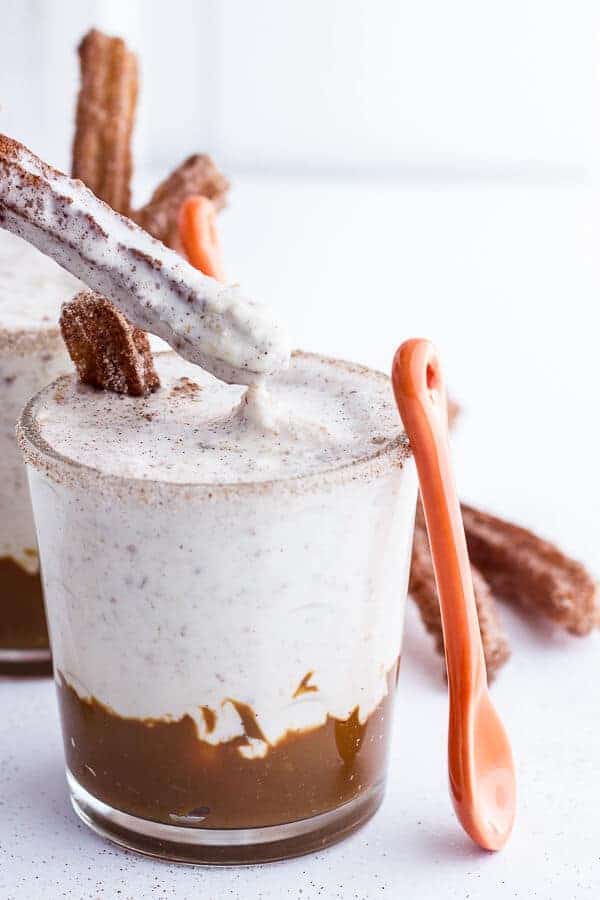 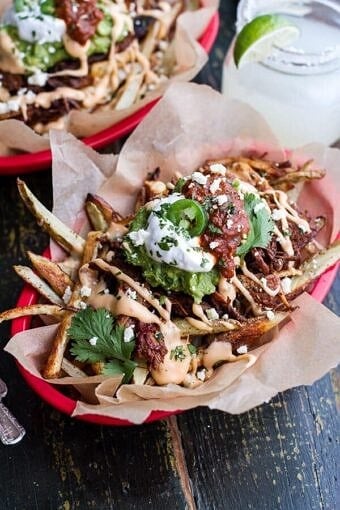