Who am I kidding, everybody likes donuts. Especially donuts filled with chocolate Irish cream filling.

Hey, it’s March 1st after all. 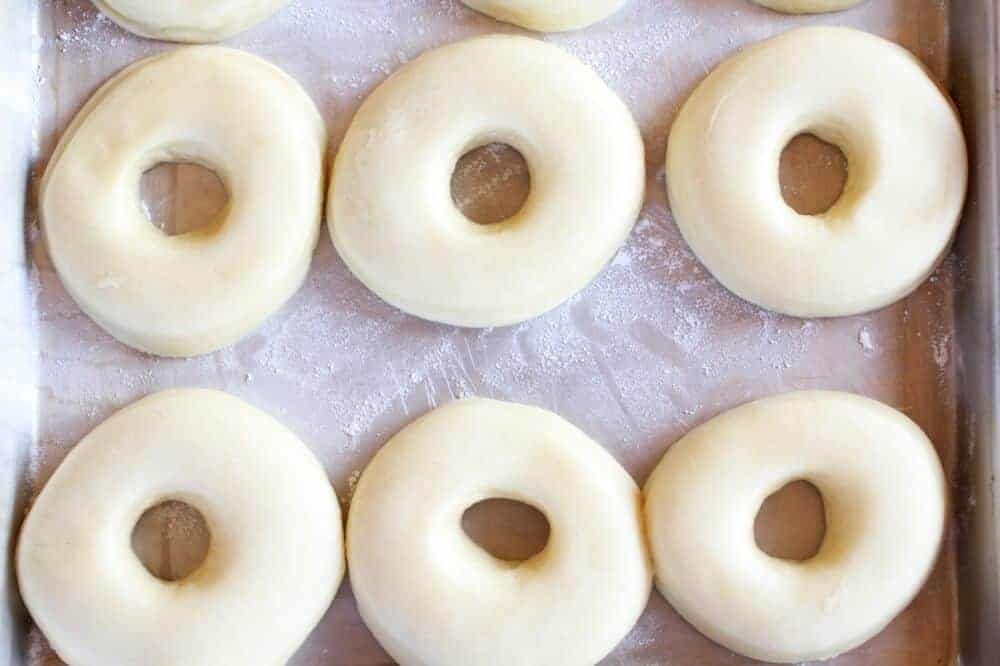 Wow, it’s March 1st. How in the heck did that happen?

Really, time is just flying by. Don’t you kind of wish time would just slow down? 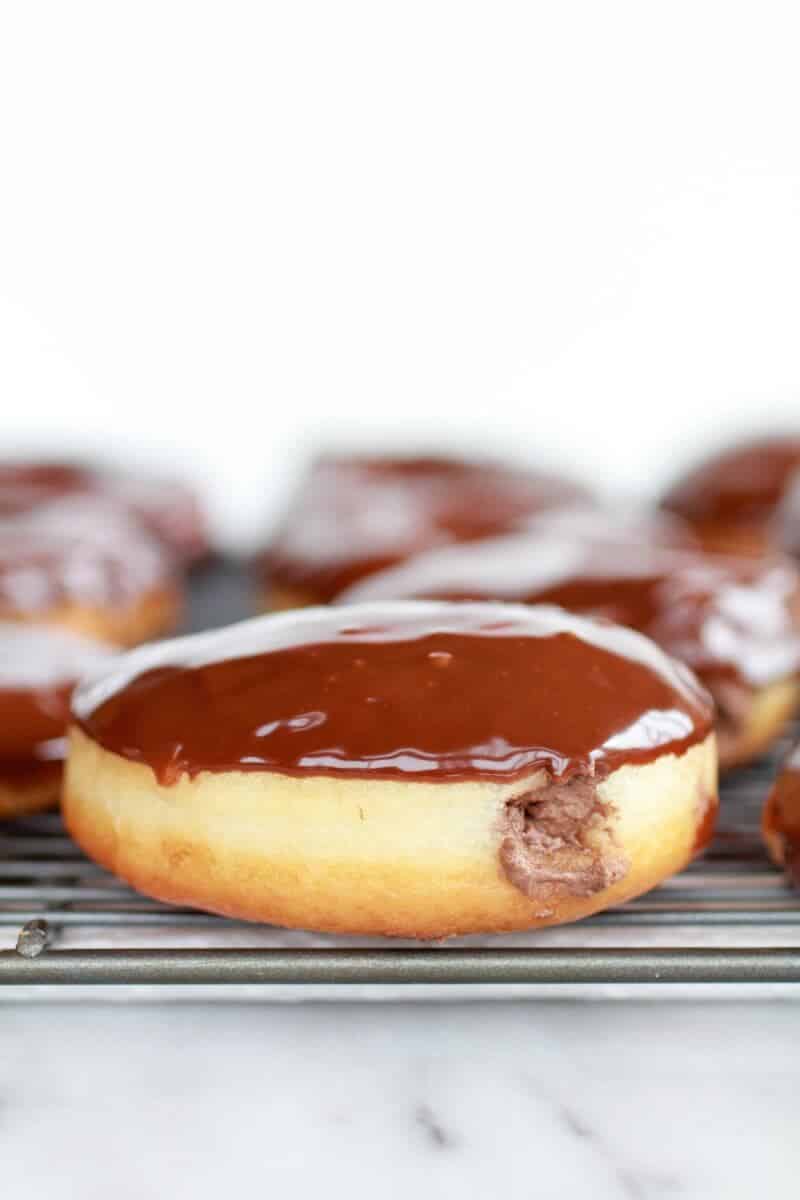 I have been wanting to post a donut recipe for a while now. But I did not want to show you guys a donut recipe you have seen a million times. Not that those traditional donuts are not good. They are actually favorites around here and I am sure at some point or another I will end up posting a few. Because really who can turn down a fresh glazed donut?

Today though, I am sharing a recipe worthy of those calories. I mean, if you’re gonna eat a real donut in all its fried glory it better be good. Really good. Preferably with chocolate, but like I said glazed are good too. 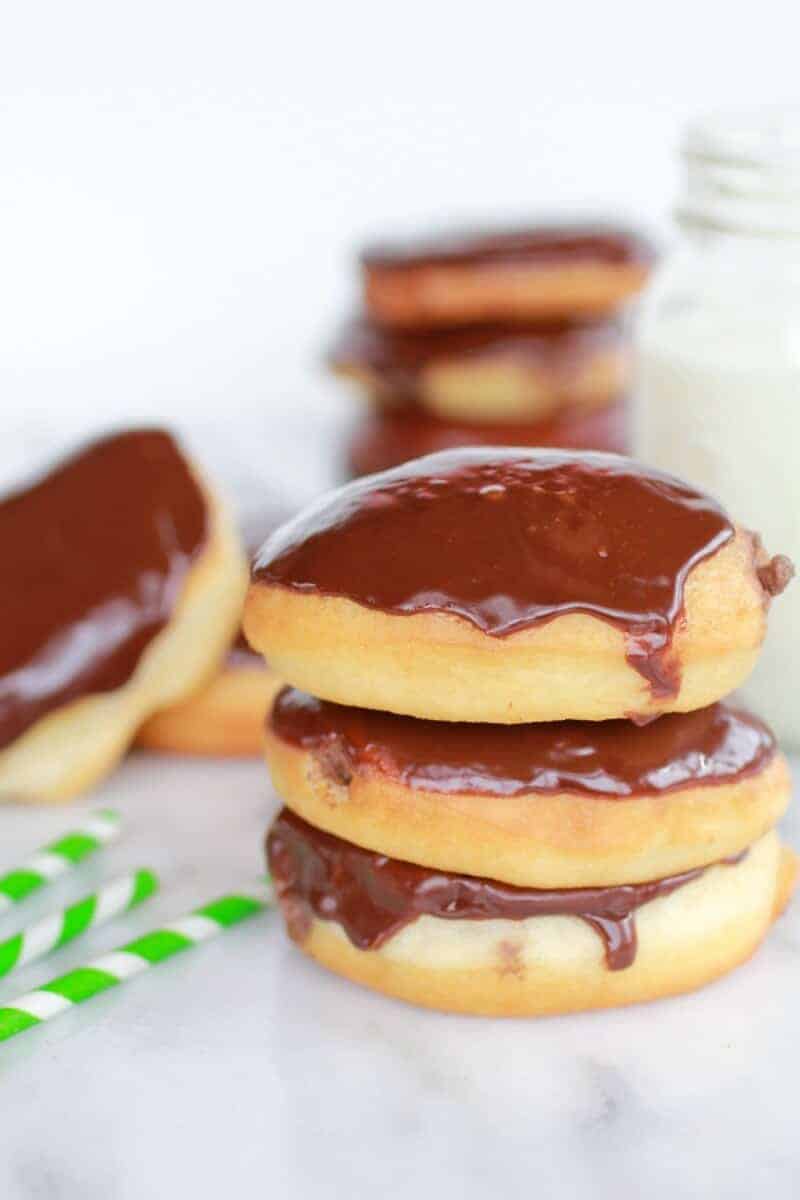 So when I was staring at my cute little planner from Target, scribbling in all sorts of stuff that normal people probably do not use a planner for … what, you guys don’t write donut’s in the space for March 1st? I realized that it was almost March 1st and then my Irish Donut was born.

I mean a donut filled with Irish Cream filling and then topped with Irish Cream Chocolate Ganache. Like, whoa I think the Irish would love me! I’m pretty sure these would make my “came over on a boat to Ellis Island at 18” great-grandmother proud! 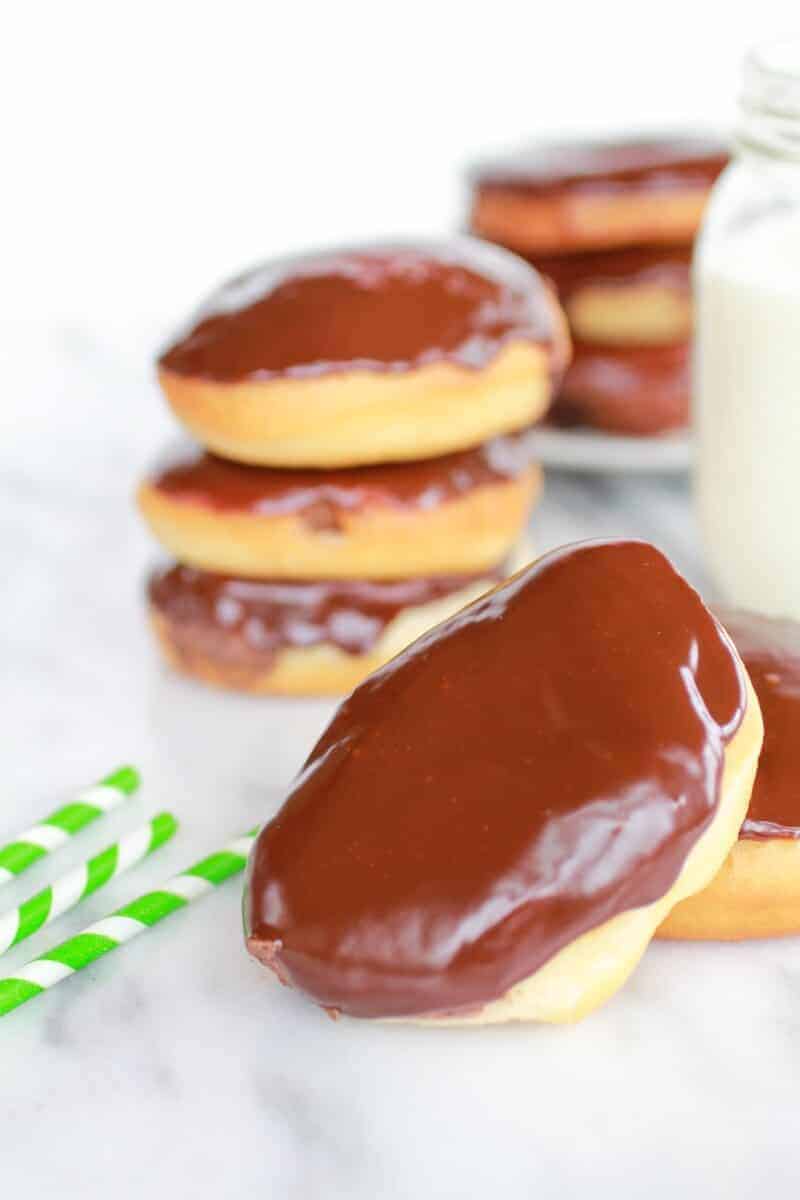 I made these last Friday, took my obsessive amount of pictures and then the family devoured them. When I brought some to my mom she said, between mouthfuls “Ok, I am like piging out over here.”.  And she said she did not really like donuts. Right. Oh MY GOSH and Asher was so excited. Like, all she said all day was donuts, donuts, donuts! I of course left the Irish Cream out of her’s. If you have kids just divide the ganache and filling in half before you add the Irish Cream and replace the Irish Cream with Vanilla. Still equally delicious! Pretty sure ate these after every meal.

Between all the people coming in and out of our house (the spring break crowd is about to hit. Yikes, Christmas all over again.) the donuts went fast. So, I felt in order to properly write this post I needed to make more. Well really, everyone just wanted more. Once you start, you just can’t stop.

Now, we are not really huge fans of custard around here, but we love mousse. So the cream filling in the middle is almost like mousse, really light and airy. It’s totally addicting and the Bailey’s Irish Cream adds great flavor. Then the ganache is just so chocolaty. Together they make for one seriously awesome and fun donut. Perfect for St. Patrick’s Day. The Irish certainly know how to do it up right! 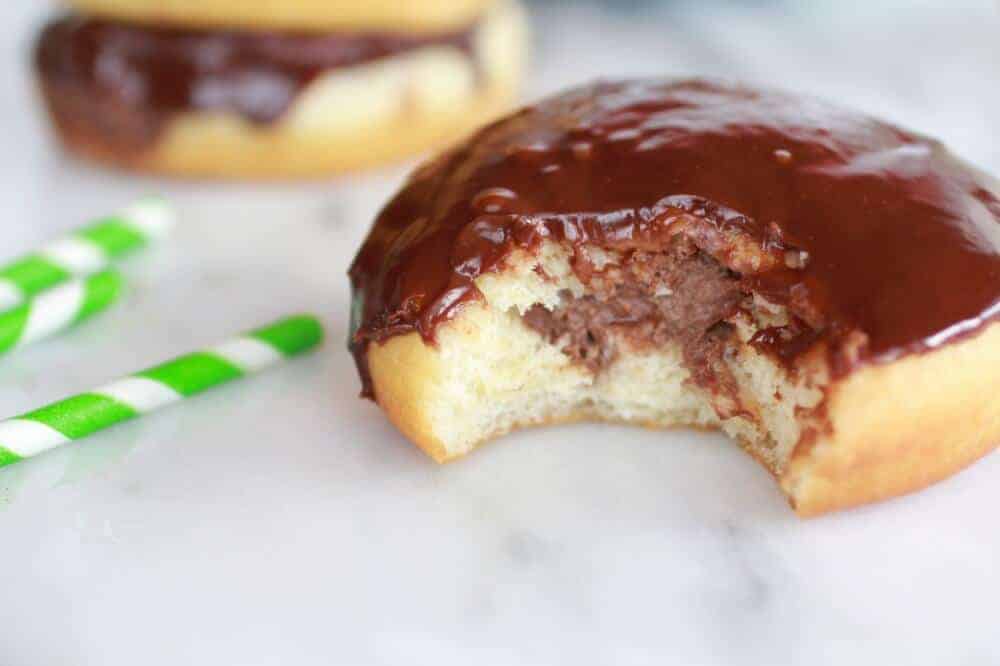 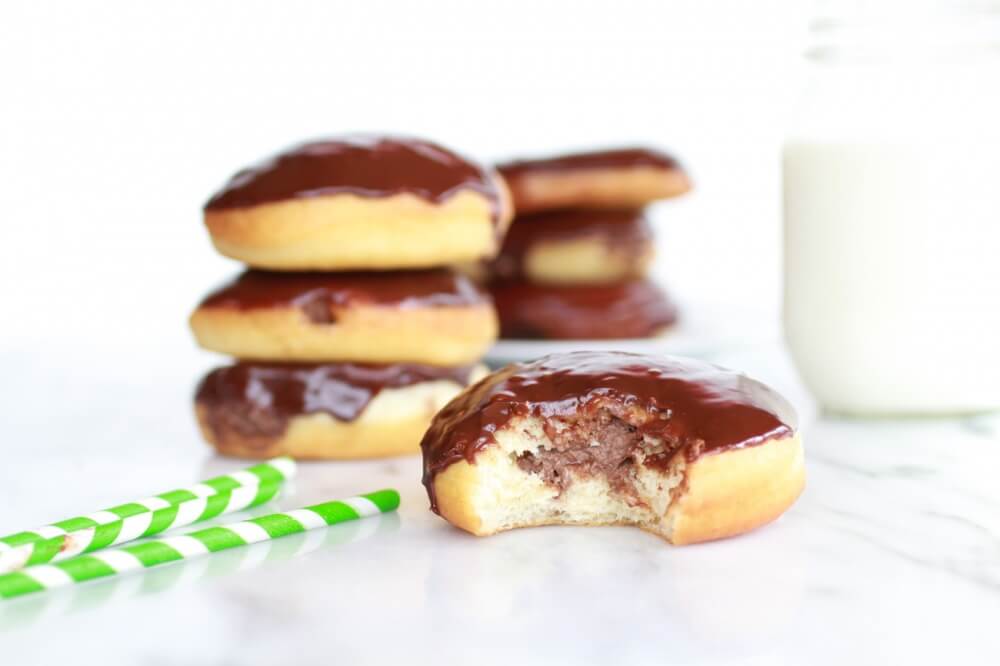 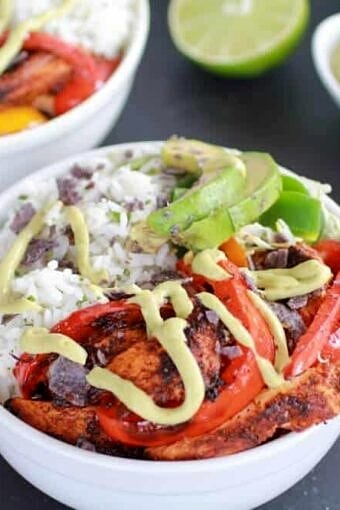