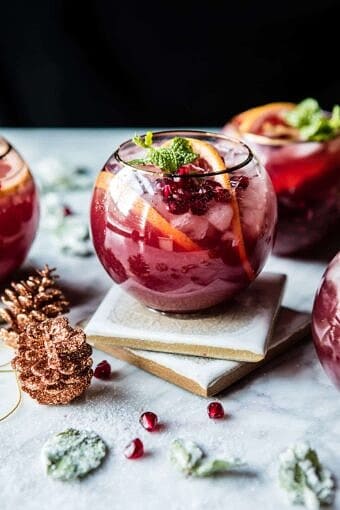 Can you say ultimate holiday brownie? 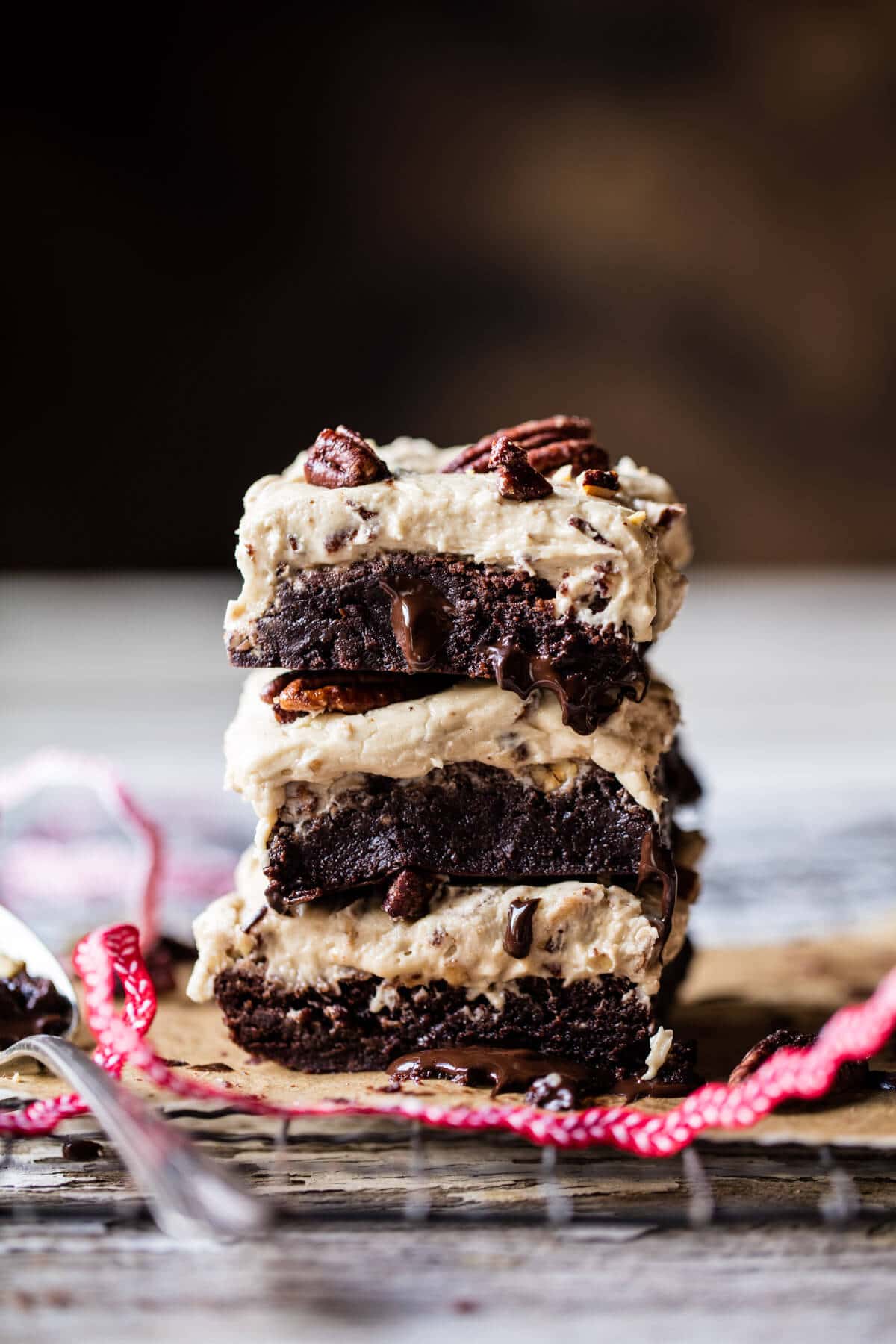 I don’t know about you guys, but to me, these brownies just scream holidays to me. Do you see all that chocolate? And I mean, come on? All that yummy frosting?!?

These guys are my idea of the ultimate brownie. The brownie itself is chocolatey, fudgy and all things perfect. I swirled in some chopped pieces of chocolate to make them extra fudgy. I decided to leave out the nuts so that the frosting could really shine…and trust me, it does! Butter pecan on its own is delicious, but butter pecan on top of brownies? Yeah, I think you see where I’m going with these.

Who needs pie when you have brownies like these? Eeer, ok, well I can’t actually give up pie on Thanksgiving. I mean not when you’ve got this pie happening, so BOTH brownies and pie will be on our table. Yes, both it will be! 🙂 I know, it’s kind of a lot of chocolate, but since it’s Thanksgiving, and since we all love chocolate, and since I’ve got these cookies as a non chocolate option…yeah, I feel like we can all handle it!!

And guys! Happy Friday before Thanksgiving! I cannot believe we are less than a week away. Are you guys excited? We finally had our first real snowfall yesterday and I am so happy! I feel like it really is the holidays now! The weather has been so weird this year. Normally by Thanksgiving we have hard packed snow and the temps are cold, but this year we had more snow in October then November and the temps had been going up into the 50’s and 60’s during the day! People around here were definitely starting to worry. I live in a ski town, so I guess that’s to be expected, but I can’t lie, even I was starting to wonder where the heck the snow was. I mean, December is right around the corner!

Anyway, it came and all is good with the world, and now we need to talk Thanksgiving butter pecan frosted fudge brownies, obviously. 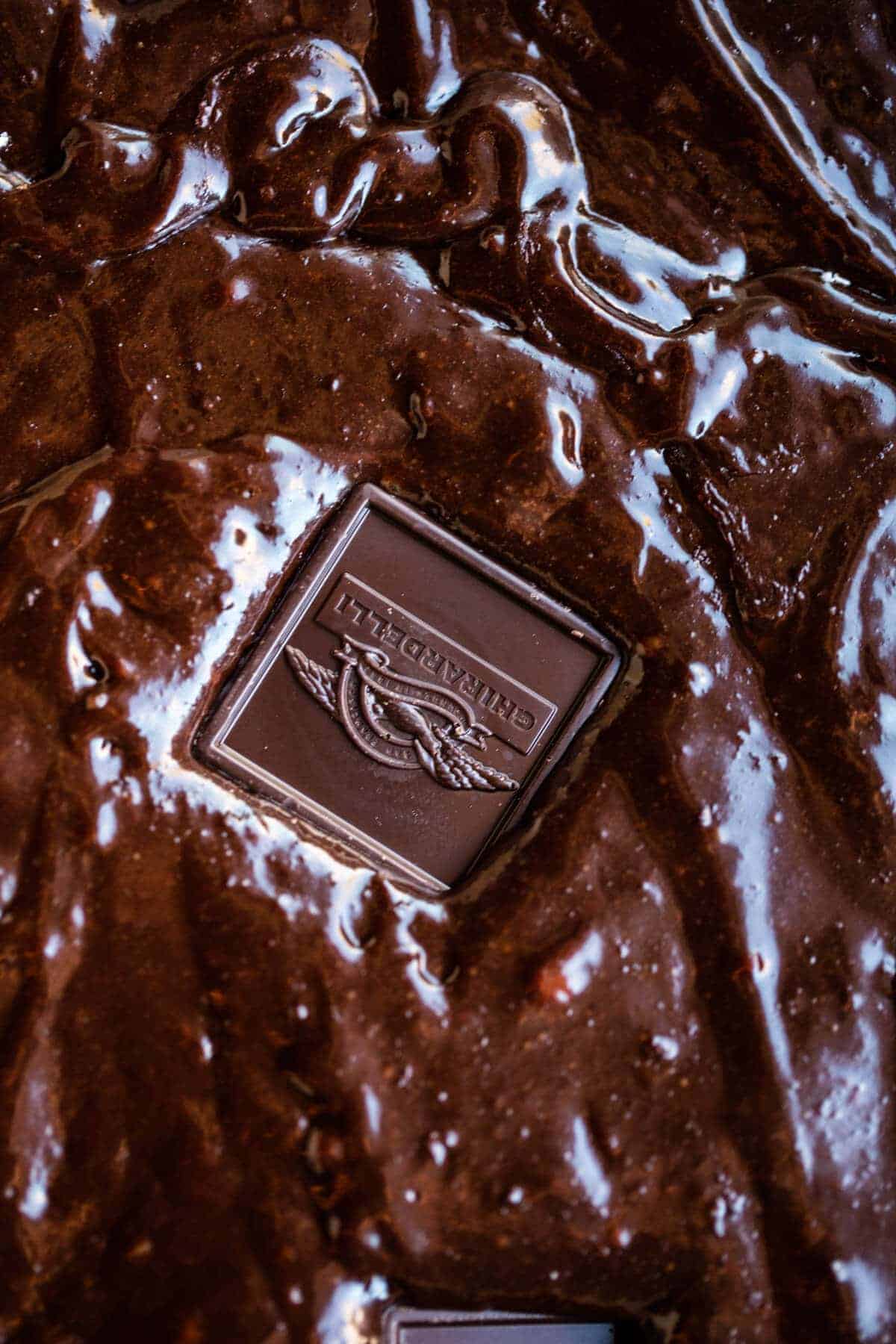 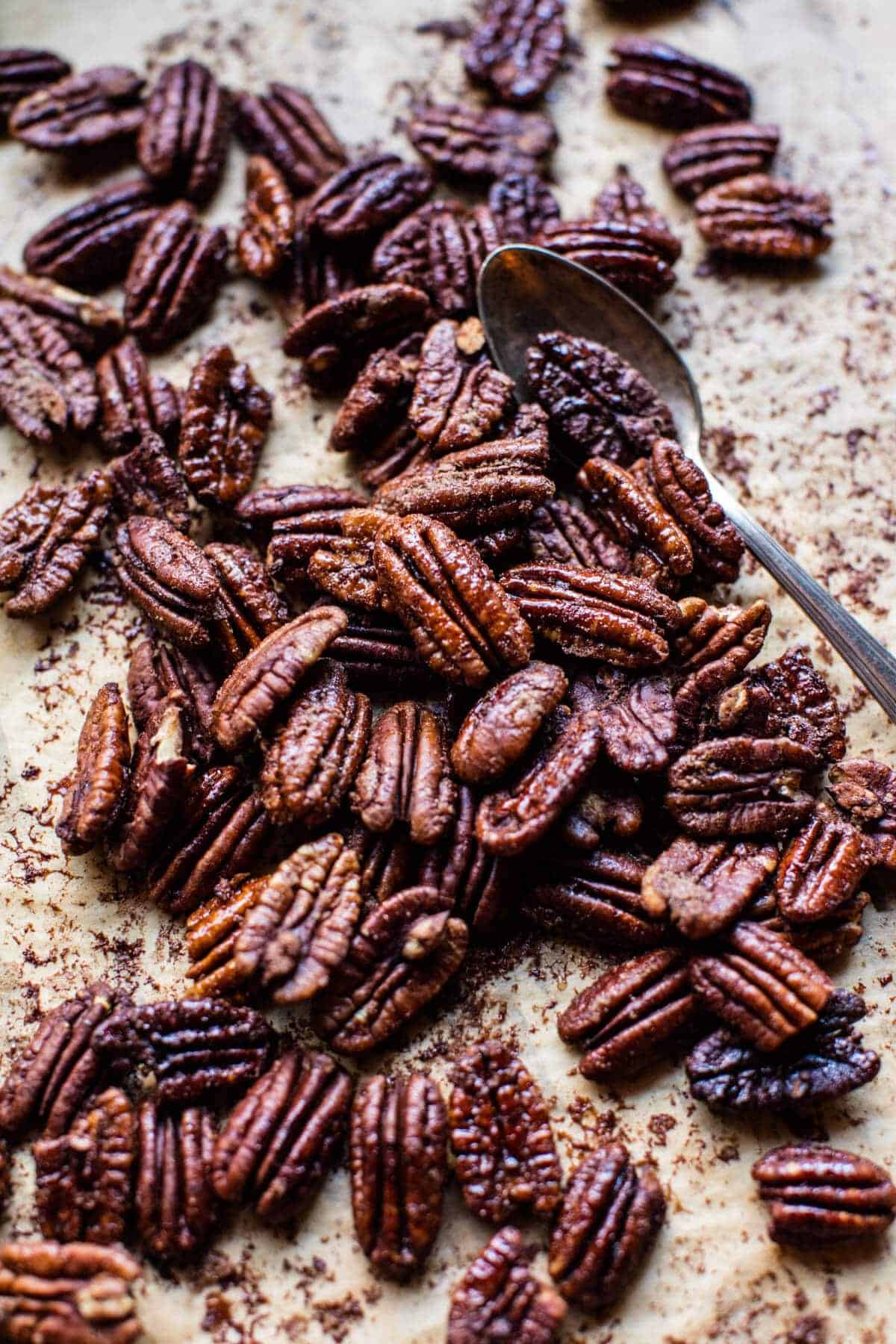 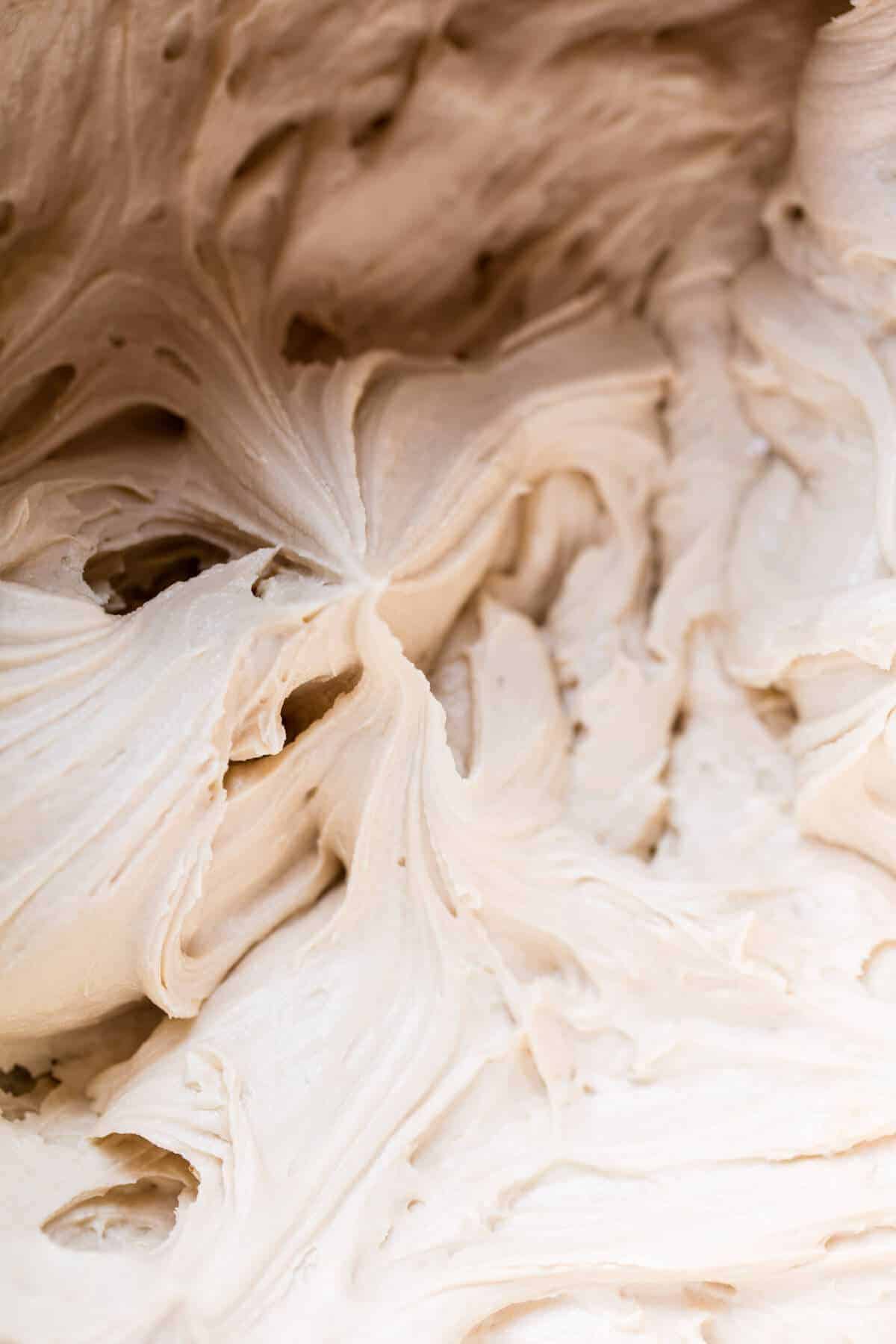 When I was brainstorming Thanksgiving dessert recipes, I thought I really wanted to make a pecan pie, but the problem was that I just could not think up an idea that was better than my mom’s pie. Mom’s pecan pie is the best, but I think it’s a pretty traditional chocolate (of course) pecan pie, plus I remembered that I already have a pecan pumpkin pie on the blog. Plus, I really just wanted to share something fun and new that would be great for both Thanksgiving and Christmas entertaining.

Enter these brownies, they’re different, but not so different that you don’t want to make them. Sometimes I feel like recipes can get a little too overcomplicated. Don’t get me wrong I love having fun and playing with my recipes, but when it comes to holiday food, I like to keep it somewhat traditional, but with a twist.

So I made us pecan pie inspired brownies with the best frosting in all the land. No seriously, this frosting is the best. You may recall me using it on these cupcakes. <–these are soooo good…you should probably check these out too!

The butter pecan flavor here is no joke. The frosting is made up of butter, brown sugar and pecans. Sounds simple, but melting the butter and brown sugar together creates almost a butterscotch flavor which is delicious atop these extra chocolatey brownies. 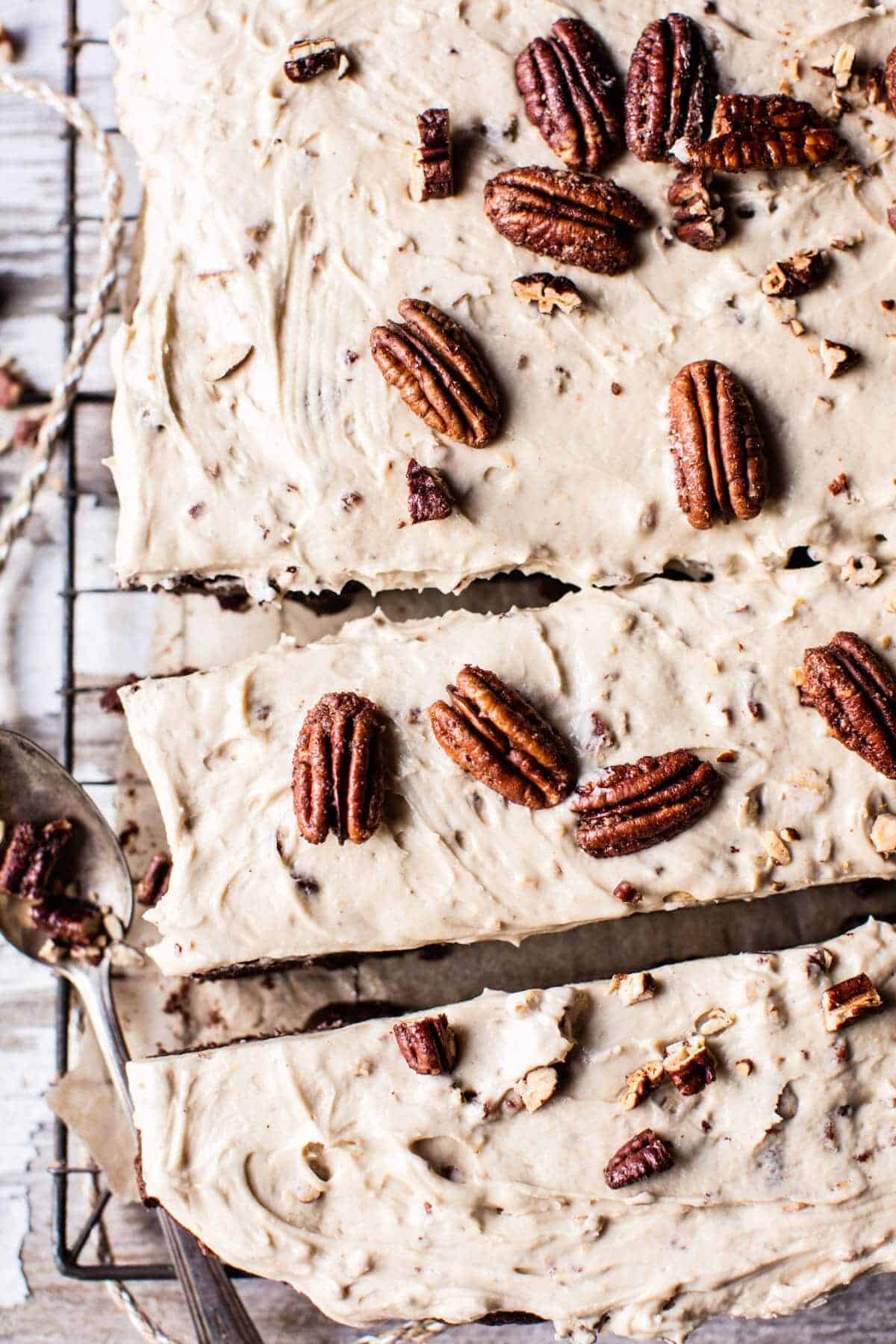 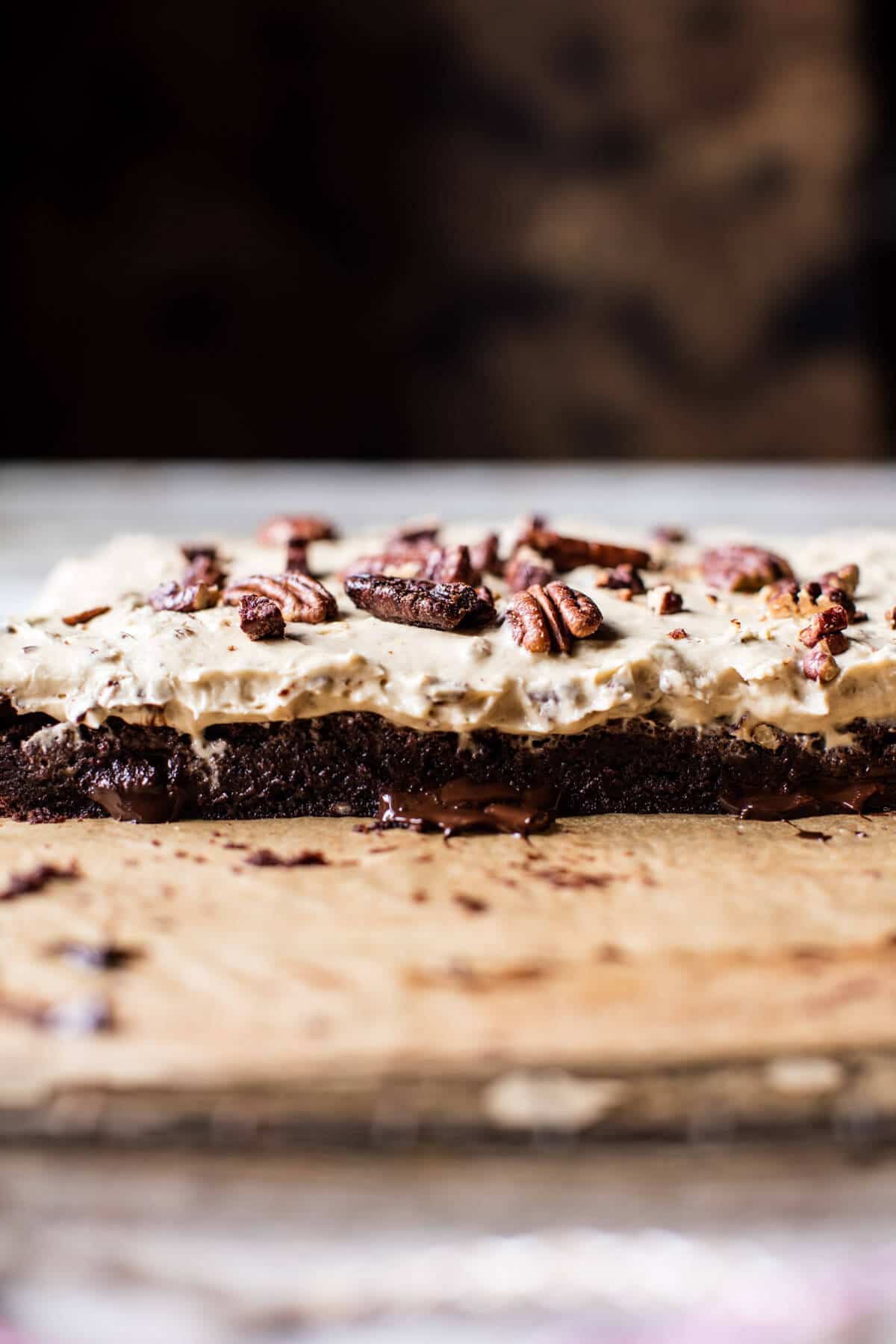 What’s great about these brownies is that you can make them completely in advance, which I find to be pretty awesome. They also travel really well, just keep them in a single layer so that the frosting doesn’t get all smooshed and weird looking.

But if that happens, don’t worry, they will still taste delish!

And finally, if you’re not making a Thanksgiving dessert this year, may I highly suggest you bake these up as a special Friday treat? I think that’s really the only thing to do actually.

Hey, it is the Friday before Thanksgiving, so why the heck not? 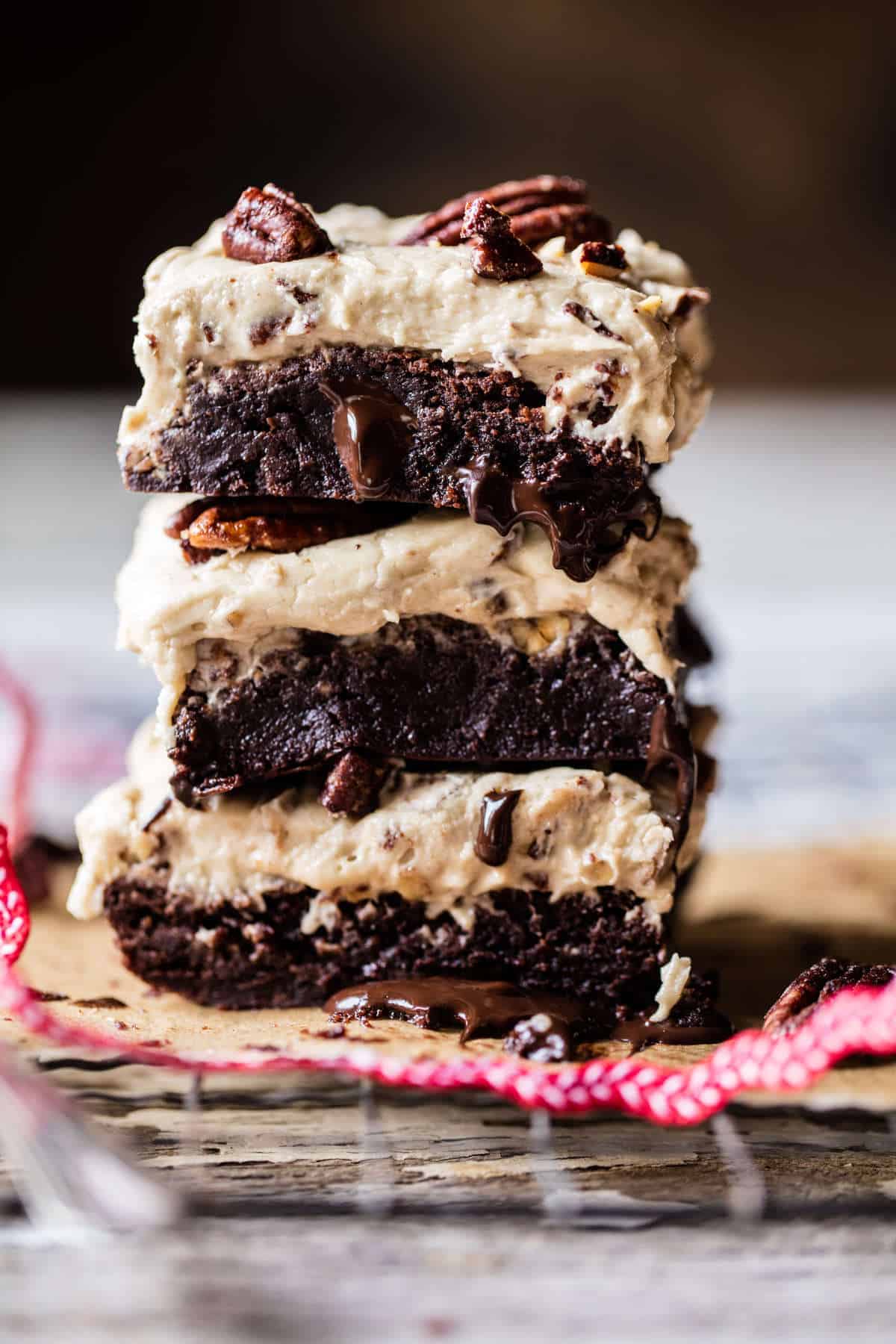 Brownies can be baked and frosted up to one day in advance. Keep stored in an airtight container. 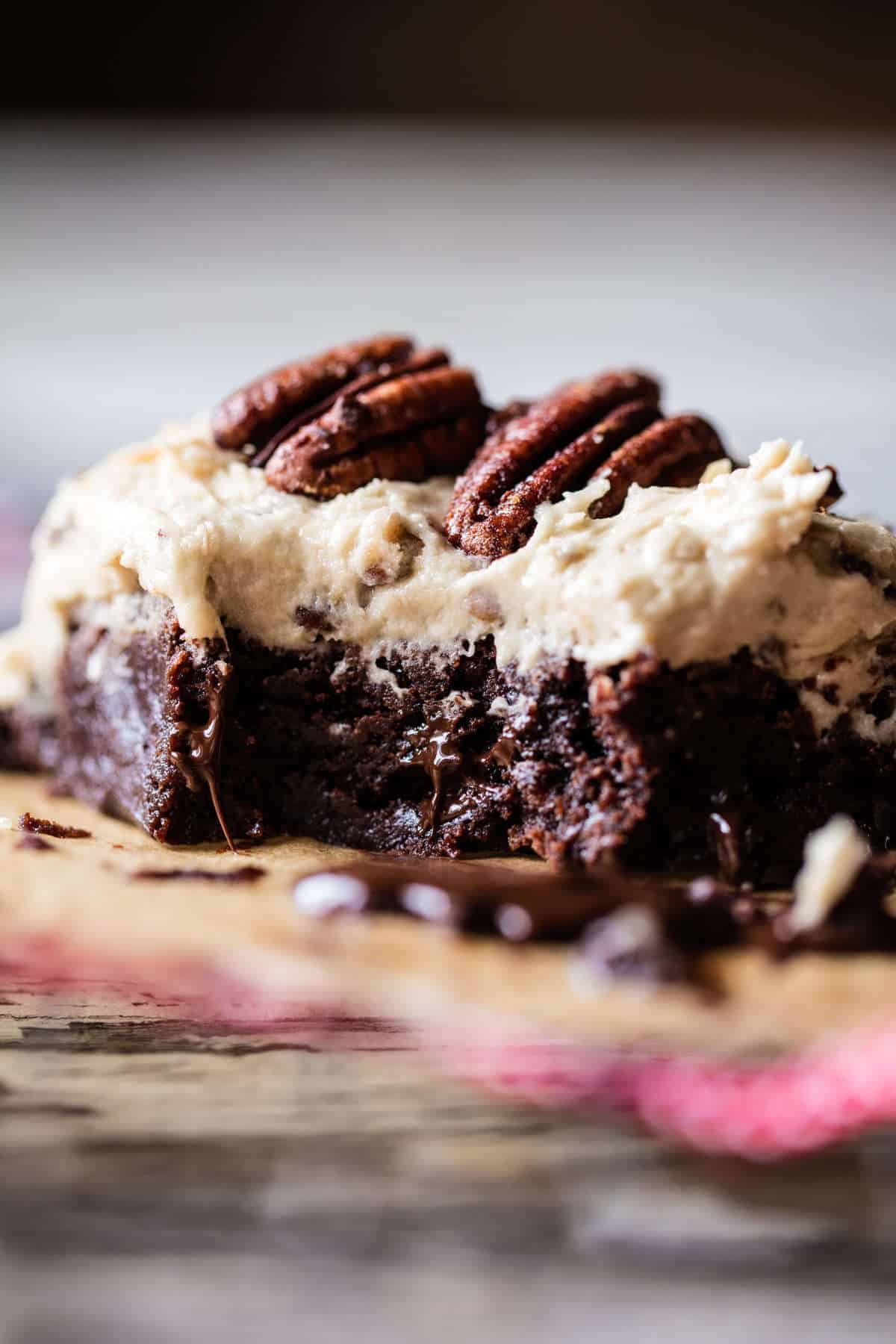 Yes, brownies for the win!! 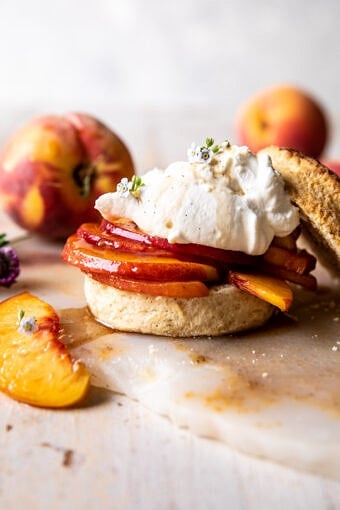 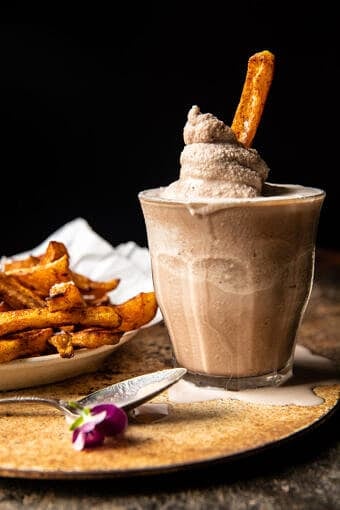 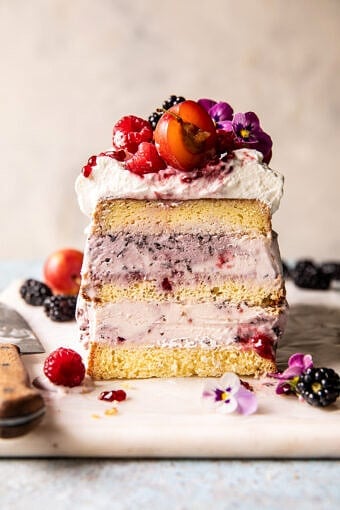 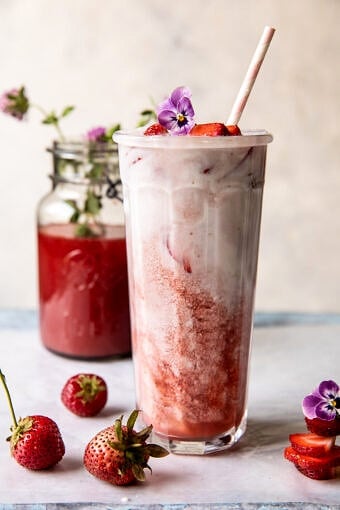 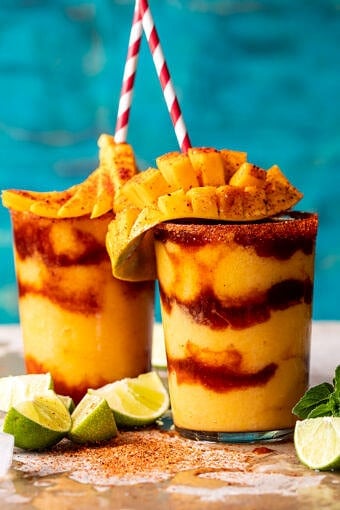 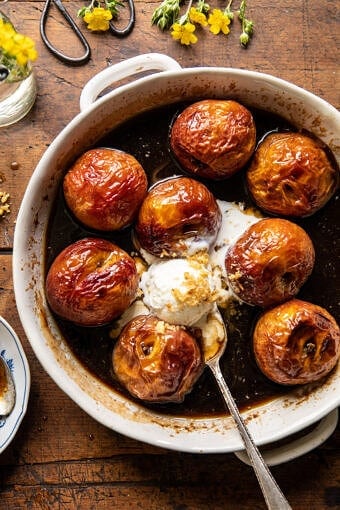 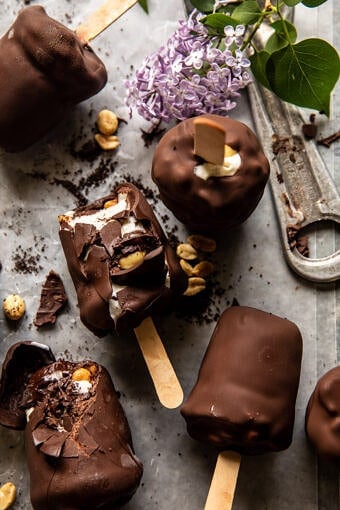 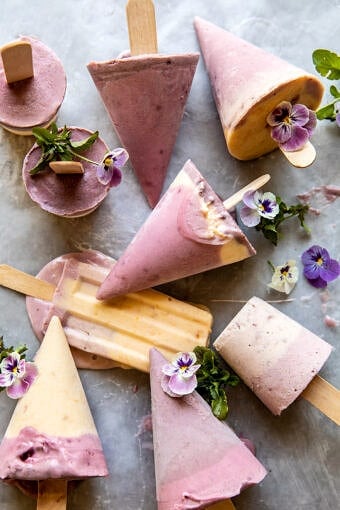