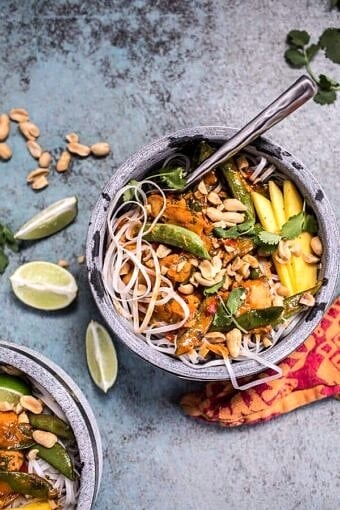 I feel like this recipe is so fitting for today. 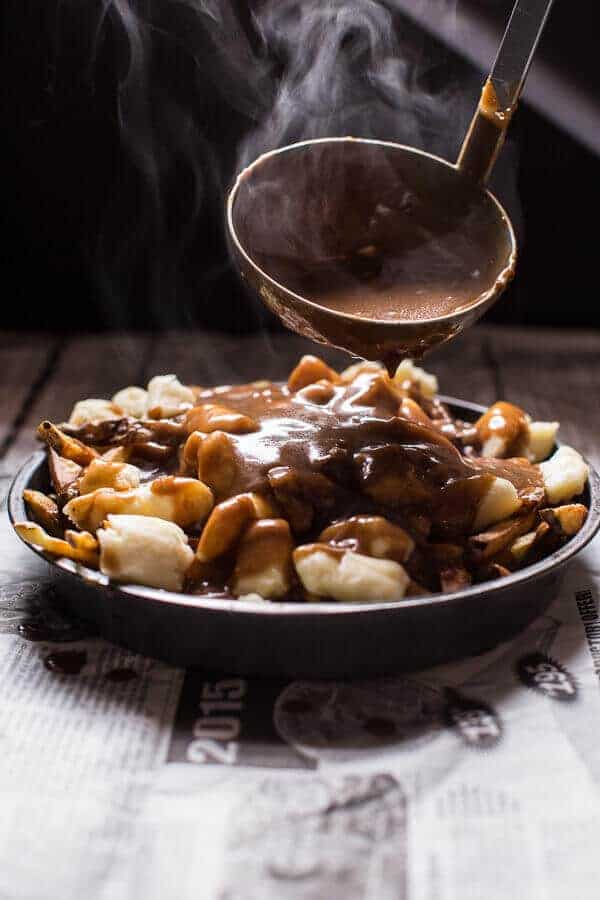 Watch the How To Video Here:

It’s the perfect hangover food… or maybe I should say, the best possible food to eat after a really fun St. Patrick’s Day?

I really would not know though since one, I have never been hung over (wow, I am one seriously boring person) and two, I spent my St. Patrick’s day photographing spring veggies and tons of mangos. Which, dorky me of course thought was so much fun. Yep, I live for COLOR these days!

On a random note, my oldest brother Creighton text me on Monday asking where the heck all the corn beef was. Corn beef is probably one of Creighton’s favorite foods. The kid loves it, and I sadly had to respond and say that I made ZERO corned beef this year. He was obviously appalled. He also thought my use of Guinness this March was a little obsessive. UGH.

I totally disagree with him on the whole too much Guinness thing though (I mean, it makes for such good chocolate… and cheese sauce.), but now I am regretting not making any corned beef. Thinking I may just need to run to the store today and buy whatever is left over. Then I can make up for my lack of the sacred “March Meat” with a nice corned beef dinner. Too bad Creigh lives in Cleveland…while, I guess that’s what he gets for dissing my recipes….he should have seen what I made today. He would have DIED. No meat and all colorful things – AKA his most hated foods. 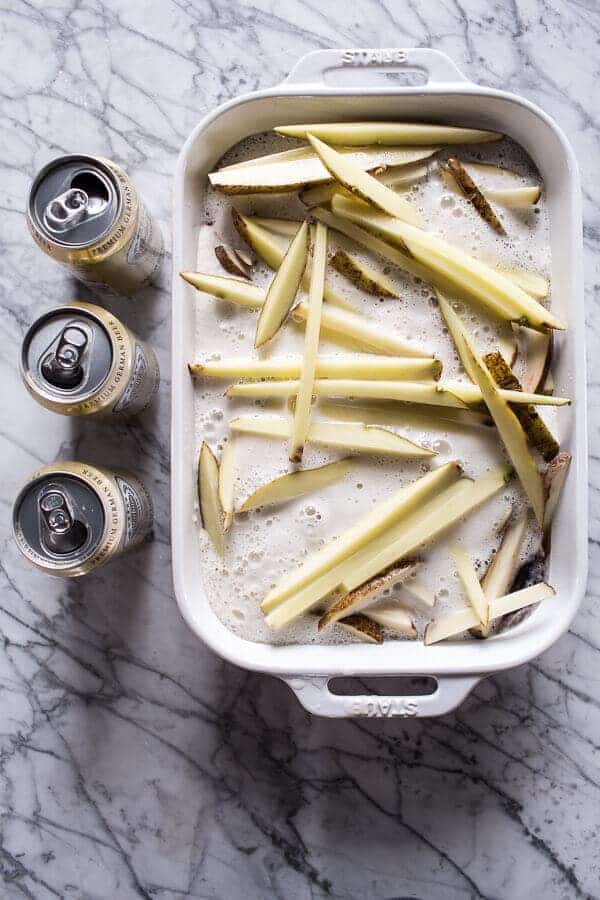 So anyway, let’s move onto another brother. The brother who inspired me to make this poutine. A dish that I will not lie, I never thought I’d make or that he would eat, but I guess there are new surprises every day. Cool!

So the brother just below me, Kai, took a month-long road trip with a few friends to Ohio, Massachusetts, Vermont and Canada. Why? To snowboard and film of course. What else would they be doing? Looking at colleges? Right. My dad wishes SOwishes that were the case, but no, they where snowboarding and apparently eating the best poutine. EVER.

I remember the day I got the text saying, “you should really make some poutine” and texting back, “isn’t that gravy covered fries?”. Then thinking, how the hell am I supposed to take photos of that, poutine is quite possibly the ugliest food around! YEAH. Those were my thoughts, how do I take pictures of THAT?

Well, despite my scared thoughts of even attempting to photograph poutine, I of course said I’d make it when they all got home because basically, anything Kai asks for I agree too. He’s just about the only brother I can’t say no to, but then again, it seems he has this effect on most people. I blame it all on his blue eyes and dark hair, that I am beyond jealous of. I’m the girl, I should have gotten the prettiest eyes in the family. 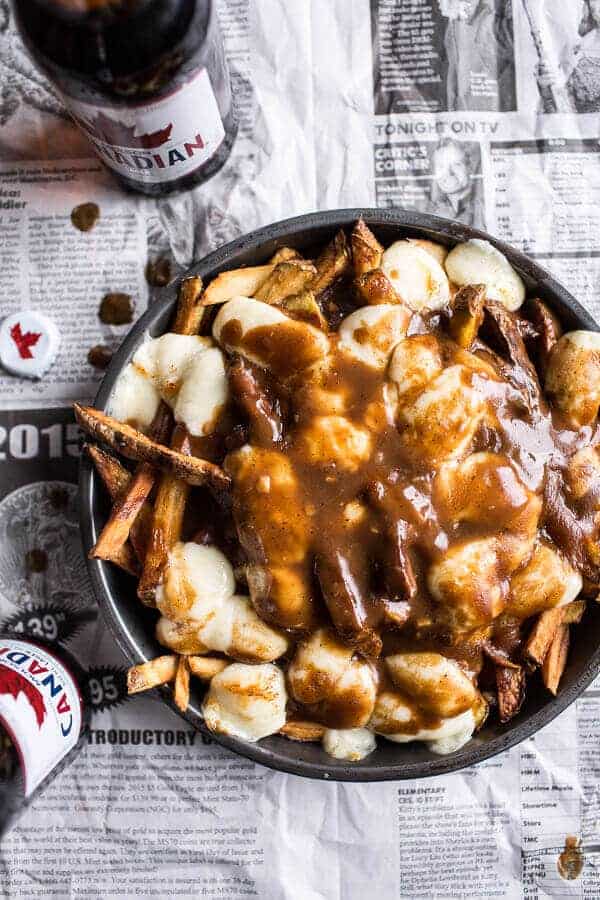 Bottom line is I made the poutine, the pictures where actually not difficult at all, and the poutine was soo good. Kai said it was amazing, BUT, not quite as good as the Canadians make it. I think their’s just tasted better after a day out in the cold filming and snowboarding. A couple of beers may have may have added to the flavor as well, since Kai could legally drink there. 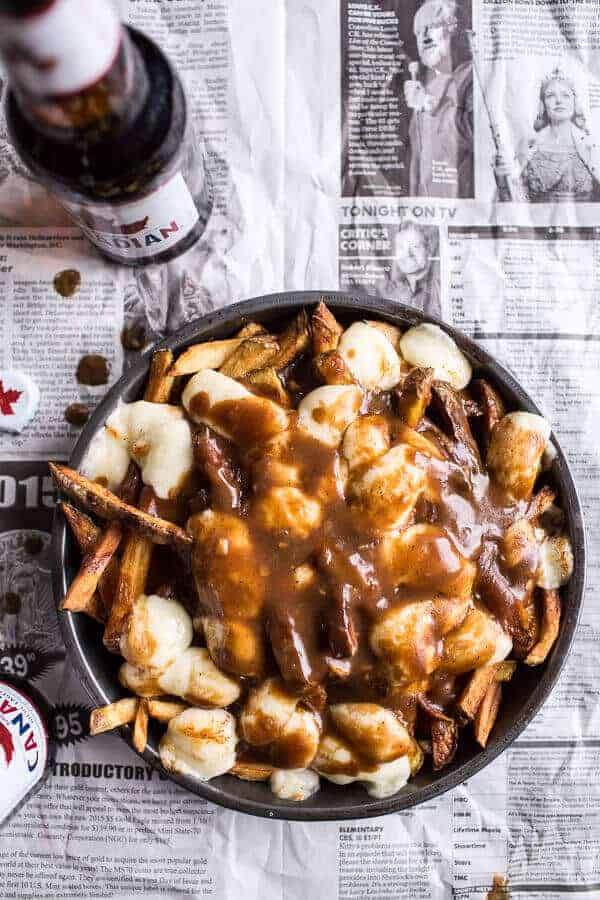 So here’s the deal with this recipe. It is really just real deal, fried french fries, some cheddar cheese curds (THE BEST PART) and piping hot gravy. You see, the best hangover food. Once the piping hot gravy hits those cheese curds, they start to melt just slightly and create the most amazing dish. It’s pure goodness and totally what you need today. DUH. It’s Wednesday. We all need something to get us through the hump. 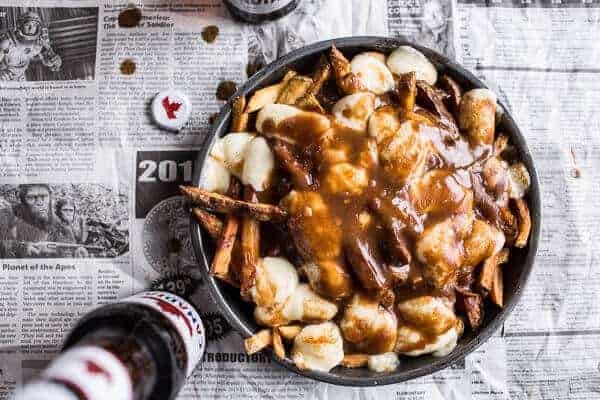 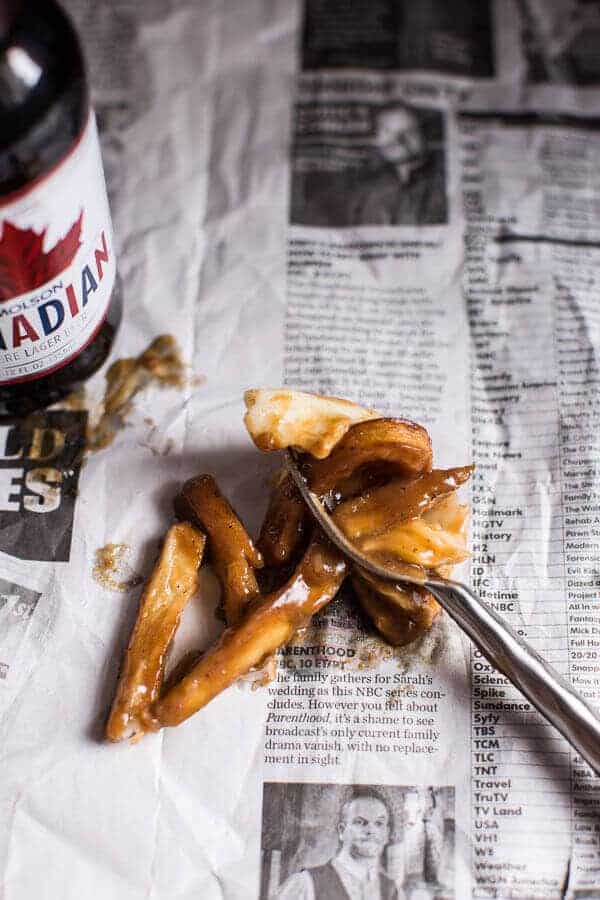 Authentic Canadian Poutine will do that for ya! 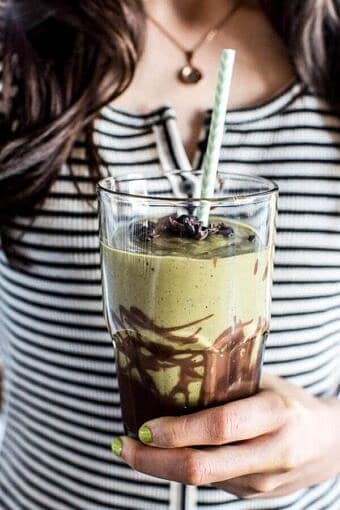