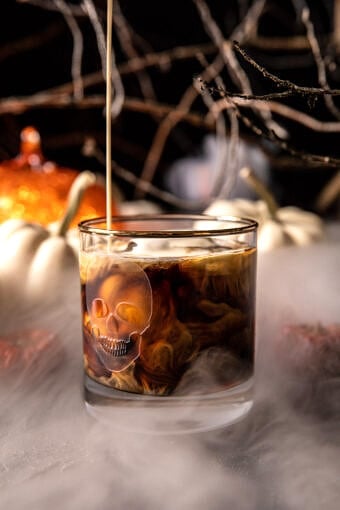 Crunchy, soft, Cinnamon Crunch Apple Butter Soft Pretzel Knots. Homemade soft pretzel dough made with simmered down spiced apple cider. Then rolled up with sweet apple butter and cinnamon sugar. Each knot is topped with a cinnamon CRUNCH coating, then baked. These knots have the yummiest cinnamon and apple flavor. They’re just perfect when eaten warm, right out of the oven! Each pretzel has a little cinnamon crunch with every bite. Everyone loves these soft yet crunchy knots!

Everyone is baking up a pumpkin storm, but I’m here to remind you that it’s still apple season too! I’m so excited to be sharing this recipe. It’s a cross between a yummy apple cider doughnut and a salty, chewy soft pretzel.

If you love a classic apple cider doughnut, these are for you.

Originally, this recipe didn’t include any apple, it was just a sweet cinnamon crunch pretzel knot. But then I wondered if apple butter could actually make these better.

I was too curious not to test it out. And I’m so excited to tell you all that it worked so wonderfully! I don’t think I could love these anymore. They’re quite honestly what fall baking is all about. Cinnamon, apples, and sugar.

All things sweet and nice!

Using pretzel dough is the key. You get a really chewy, soft dough with a beautiful golden crust. They’re chewy and perfect.

First, you’ll need apple cider. I recommend finding the best quality spiced cider with no added sugars. If you can, pick up some fresh apple cider from your local farmers’ market. Or even better, go apple picking and pick some up! Nothing quite beats a really good apple cider. It’s always so flavorful this time of year. You could also make my maple apple cider.

Then just some yeast, honey, flour, butter, and salt. Knead everything together in a mixer and let the dough rise.

The pretzel dough is very easy to work with, so don’t let anything intimidate you!

The key to these knots? The sweet cinnamon apple filling and that crunchy, cinnamon, sugar topping.

The filling is made with a delicious blend of cinnamon sugar and apple butter.

The cinnamon crunch topping is a mix of brown sugar, cinnamon, flour, and butter.

When the dough is ready, roll it out. Then spread on some butter, apple butter, and cinnamon sugar. Next, fold the dough in half, cut 14-16 strips, and twist! Just twist each strip and then coil it into a knot.

Sprinkle the topping over the top of each knot before baking. As the knots bake, the cinnamon melts into the sugar and butter becoming gooey, while the topping begins to caramelize becoming crunchy.

Promise this is not hard and they do not need to be perfect!

I do want to note that some of the cinnamon crunch will fall off the knots and onto the pan. What I like to do is spoon/scoop the sugar up off the pan. Then simply spoon it back over each knot. This is why it’s important to line your baking sheets with parchment paper.

You have to eat these warm while they’re crunchy, soft, and gooey. Perfect for fall weekend baking!

Looking for fall baking recipes? Here are a few ideas:

Lastly, if you make these Cinnamon Crunch Apple Butter Soft Pretzel Knots, be sure to leave a comment and/or give this recipe a rating! Above all, I love to hear from you guys and always do my best to respond to each and every comment. And of course, if you do make this recipe, don’t forget to tag me on Instagram! Looking through the photos of recipes you all have made is my favorite! 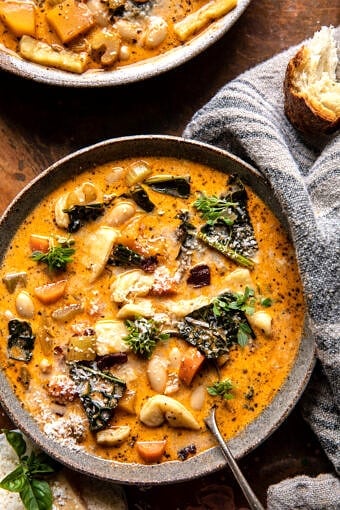