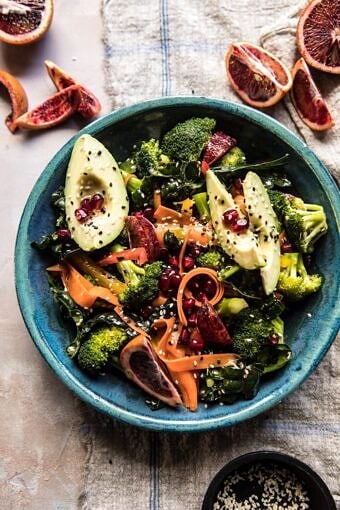 Wednesdays in January are made better with this Quick Kale and Mushroom Pho.

I’m not sure about you guys, but January leaves me craving two things…steaming hot food (like really hot), and plenty of color. January is without a doubt one of the coldest and most colorless months of the year. While all the white snow on the mountains is beautiful, and the crisp winter air can be refreshing, it still leaves me craving bright colors. And warm food, but that’s kind of an obvious craving in the middle of a snowy winter.

If you look back through the archives of previous January content on HBH, you will see a lot of color. I kind of love that these white winter days inspire me to cook with all the (colorful) winter produce.

Today I’m sharing one of my most favorite recipes I’ve ever created. Up until a couple of weeks ago, I was a Pho “newbie”. Meaning, I hadn’t ever had a real bowl of traditional Vietnamese Pho. Sure, I’ve had similar soups, but nothing that even compared to the slow cooked, traditional beef pho.

That is until last week, when I first made Pho and became obsessed. 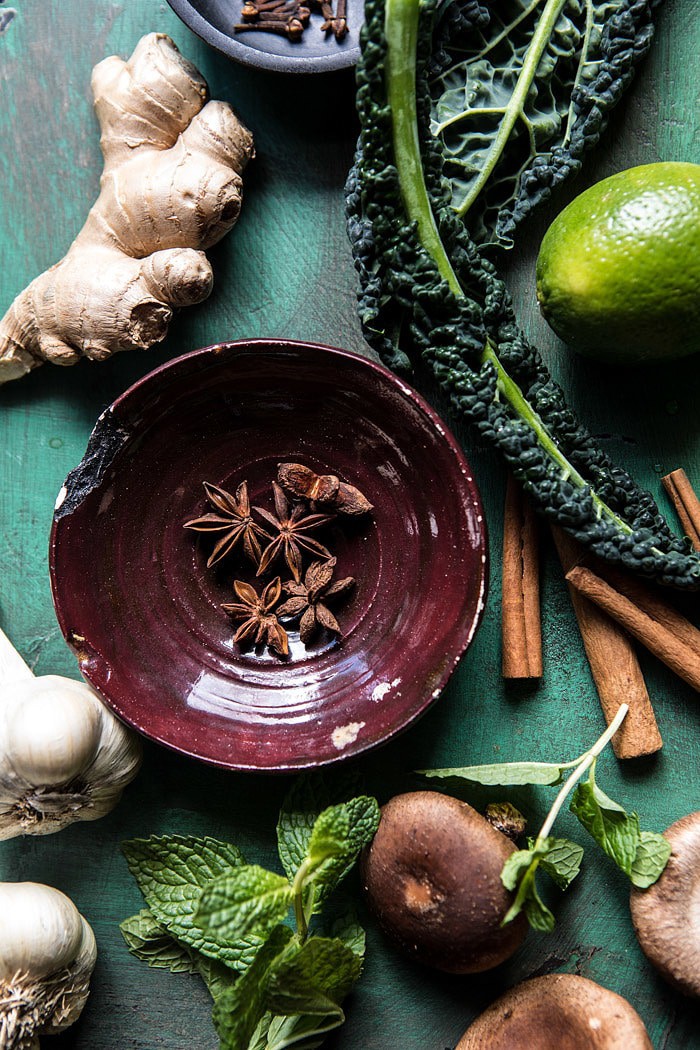 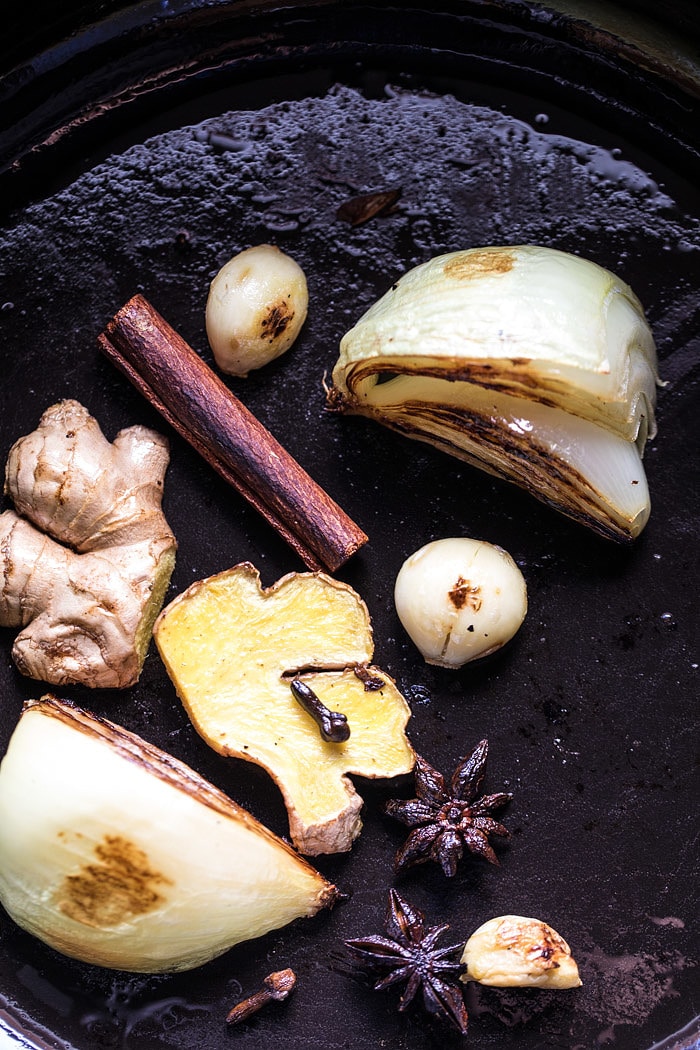 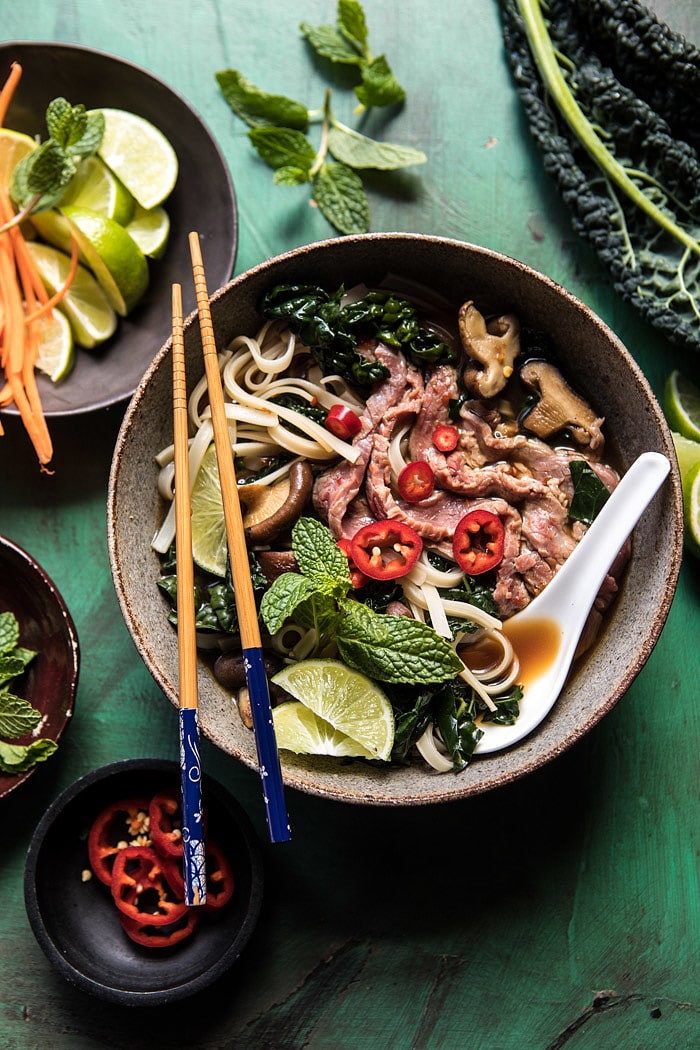 Whenever my family is in town, I love making new dishes that are fun and different. My cousin, Maggie had mentioned that she loves Pho and orders it all the time back in Ohio. As soon as she mentioned Pho, I knew it would be the perfect soup to make while everyone was in town during the time between Christmas and New Years.

Of course, I had never made Pho before, so I didn’t realize you needed to simmer beef bones for hours, even days, just to make the broth. Ahh yeah….as much as I love a good project, I wasn’t about to go and find myself a bunch of beef bones to simmer on the stove for hours and hours…and hours.

I mean, I’m sure the homemade stuff is great, but you know what?

Anyway, point is. I found a way to make quick, easy, delicious, hearty and healthy homemade Pho in under an hour, and it’s about to make your January. 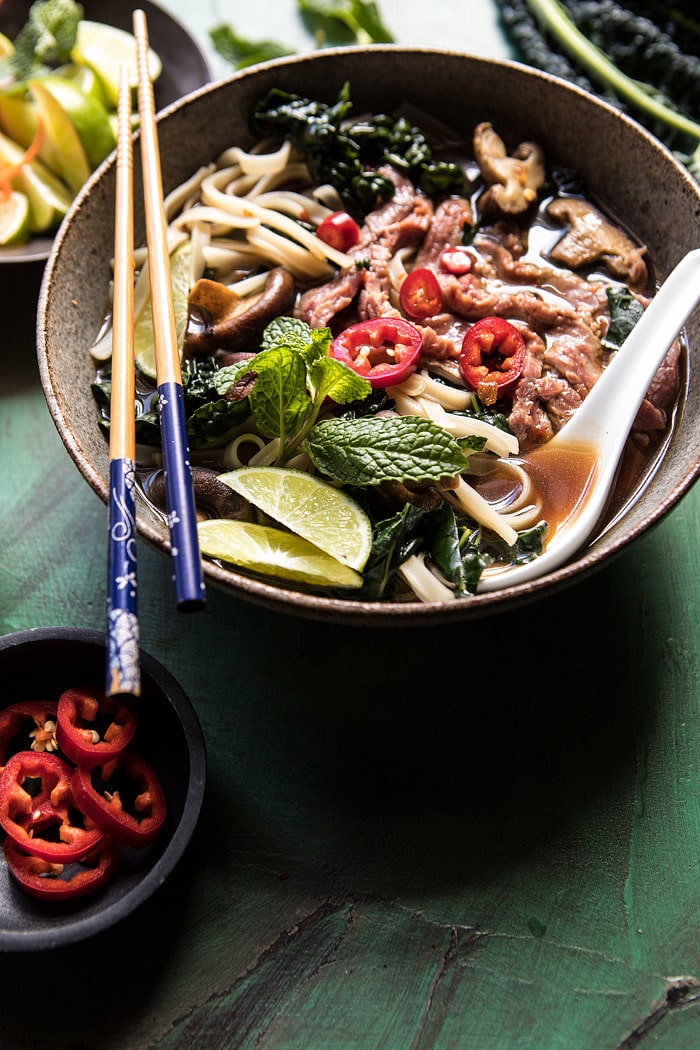 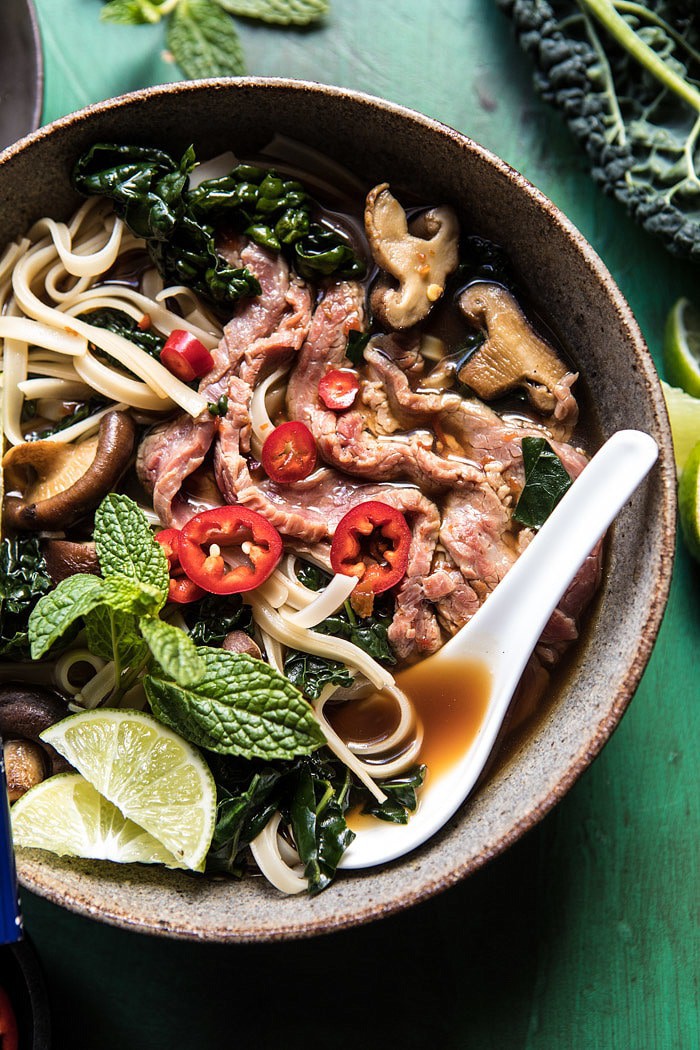 The secret is toasting your spices and infusing your broth, this is KEY to making an extra flavorful Pho broth. The longer the broth simmers the better, but I found that even after just twenty minutes of cooking the broth tasted delicious.

The other key to making good pho? Having your broth piping hot. The hot pho broth is what cooks the thinly sliced beef. If you’re new to Pho this might sound odd, and yes, I was a little nervous as I ladled my hot broth over my raw beef slices, but as the beef sits in the hot broth it quickly cooks, leaving you with perfectly tender meat.

To bulk up the nutritional value, I added generous amounts of ginger, spice, kale, and mushrooms. If you’re feeling a cold coming on, or just need a good cleansing soup, this is your recipe.

Also, if you wanted to make this vegetarian you could swap the beef broth for veggie broth, double the mushrooms, and omit the steak. 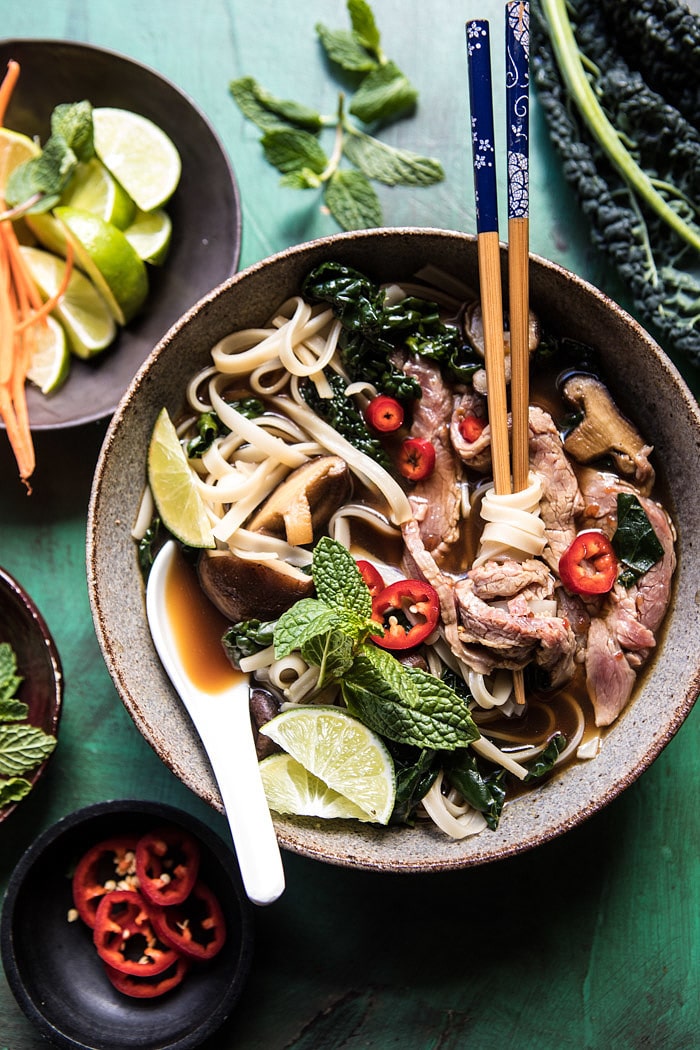 *To make vegetarian you can swap the beef broth for vegetable broth, the fish sauce for soy sauce, double the mushrooms, and omit the steak. To add protein, try pan-fried tofu.
View Recipe Comments 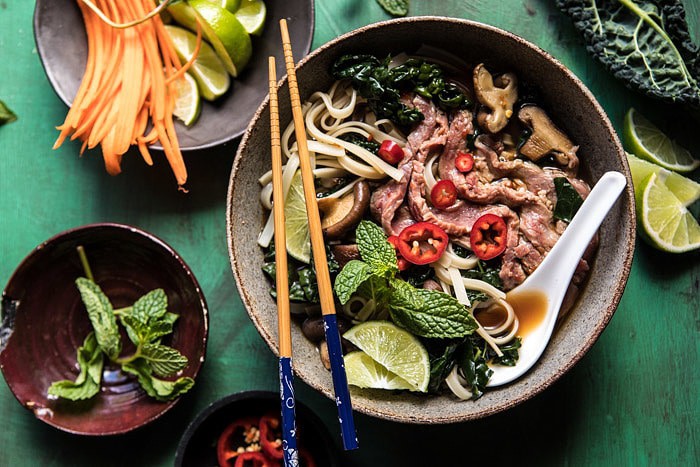 PS. even my picky brothers LOVED this. They also said it cleared the sinuses. Cool. Cool. 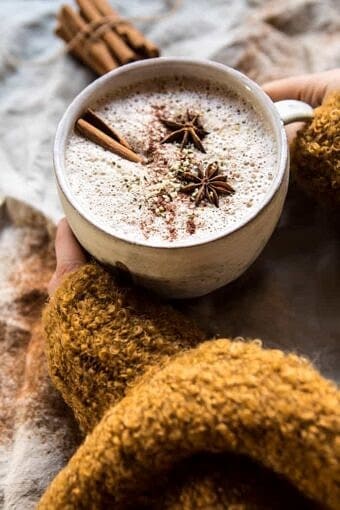