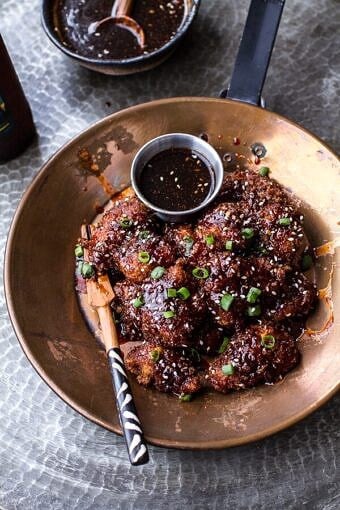 First of all, we are currently at the height of corn season and I cannot get enough. Second of all, we are three days into September, which means that soup is totally fair game. I know that September can still be fairly hot, but it can also bring a preview of the colder days to come. This soup is perfect for those days, a blend of late summer corn and fresh lobster put together into a cozy chowder with scrumptious gruyere cheese! Trust me, even if it is still blazing hot where you are (clearly it is not blazing hot here, and never will be), this soup is still perfect as a lighter end of summer meal.

I have actually been wanting to make a corn and lobster french onion chowder since very early June. See, sometimes when I am having a hard time coming up with new recipe ideas my thoughts sway ahead to the upcoming months. Then of course, I have like a million and one recipes for four months down the road, but better something than nothing.

Like right now, I already have ten recipes for the holidays that I just have to make because I am so ridiculously excited about them. Yes, I know, so crazy, but that is the way my mind works and sometimes it’s a little frustrating.

Anyway, I got this idea for a corn chowder and french onion soup combo. This September soup is perfect for when it is still officially summer, but fall is close behind. Some of us (like myself) may be craving a bit cozier foods and this corn chowder does the trick. There are tons of fresh late summer corn, onions, and even fresh lobster. I know the lobster is a bit extravagant, but it’s just so good in this recipe. If it is a little too pricey for you or you just do not like lobster you can totally leave it out. No big deal.

But I mean, if you can, make it with the lobster. It’s pretty amazing.

The base of the soup starts out like any french onion soup with a big batch of caramelized onions. Have I ever told you that this time last year was my first experience with caramelized onions and that ever since then I have pretty much been crazy in love with them?? Because, it’s true and I still cannot get enough of them. I plan to be making a lot of caramelized onion recipes this fall. So um, stock up on the mouth wash.

Once you’ve got the onions caramelized, on to the chowder. I used so much sweet corn in this recipe. It’s super sweet, super creamy and so flavorful. I know that some people may be screaming at me for ruining classic corn chowder (and paring lobster with cheese…again), but don’t get mad until you try it. You’ll love it.

Ok and then finally – my favorite part.

You simply cannot do any kind of french onion soup with out Gruyère and warm toasted bread. You just can’t. So just like classic french onion soup, this chowder gets topped with Gruyère toasties. Nothing better.

Of course like any good chowder, there is some crispy bacon involved. I mean, I figured since I was going all out with this one, bacon was a must. It’s the perfect September meal.

And don’t think because I married two soups together that there is extra work involved. It’s a one pot, pretty quick cooking, simple chowder.

*If lobster is too expensive try swapping in shrimp or just leave the lobster out. The soup is delicious and cozy either way. *Both wine and beer work, but beer adds a little more of a hearty flavor. I have used both and find I think I like the beer better
View Recipe Comments

Oh those toasties and that corn. Still flipping out over this one. 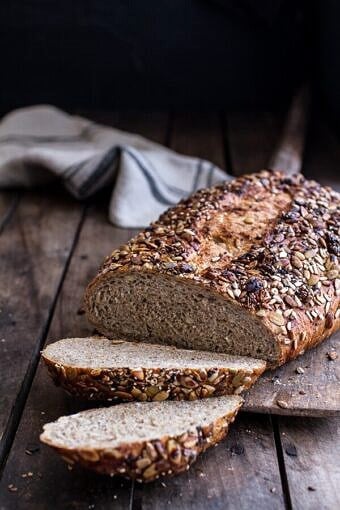