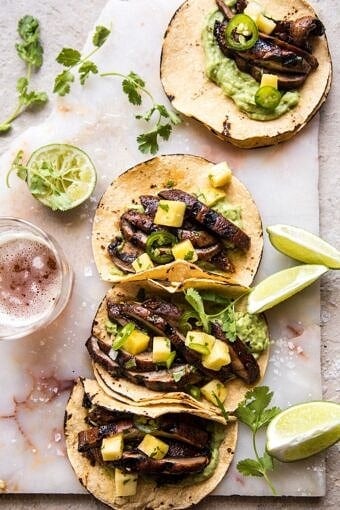 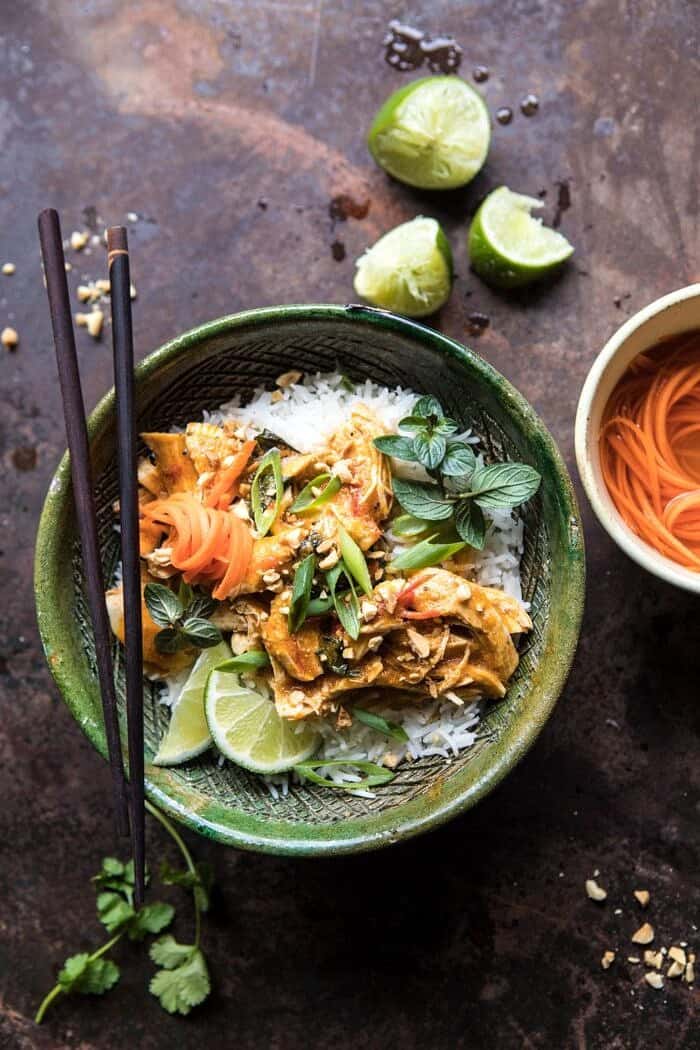 I haven’t talked much about this, and I don’t know how I haven’t, but you guys, I’ve basically stolen Asher’s dog, Merle, and taken him in as my own. If you follow along on Instagram, then you may have wondered about his frequent appearances, as he makes it into my stories often. Asher, who is nine, somehow convinced my parents to get her a dog towards the end of last summer. She’s the last child, so I think you can see why this wasn’t hard for her to do…

My mom and Asher found Merle, who is a mini Australian Shepard in September. For a while, I didn’t spend much time with Merle since he is Asher’s dog. But then that whole trip to South Korea happened and I came back to the states about two weeks before my parents. This meant that I took Merle in, and in those two weeks I discovered that Merle is probably the best dog ever. No seriously, the best. He did literally everything with me those entire two weeks. We hiked every morning, he’d sit at my feet while I worked, and hang with me in the kitchen while I cooked. I took him with me everywhere I went, because again, he’s just the best dog. AND he listens to me, which I find greatly satisfying.

Since then, Merle spends a lot of time at my house. If you are a new…ish reader, my house neighbors my parents house, so I just pick Merle up every morning, we hike and then he spends the day with me until Asher gets out of school. At which time Asher demands that he come back home to hang with her. This week however, Merle is with me full time again, and I can’t lie, I love having him here. He’s cute, cuddly, kind, and again, he listens to me, which I love. And as I type this, Merle is sitting not an inch away. I finally get that whole saying that, dog is man’s best friend. That’s Merle! 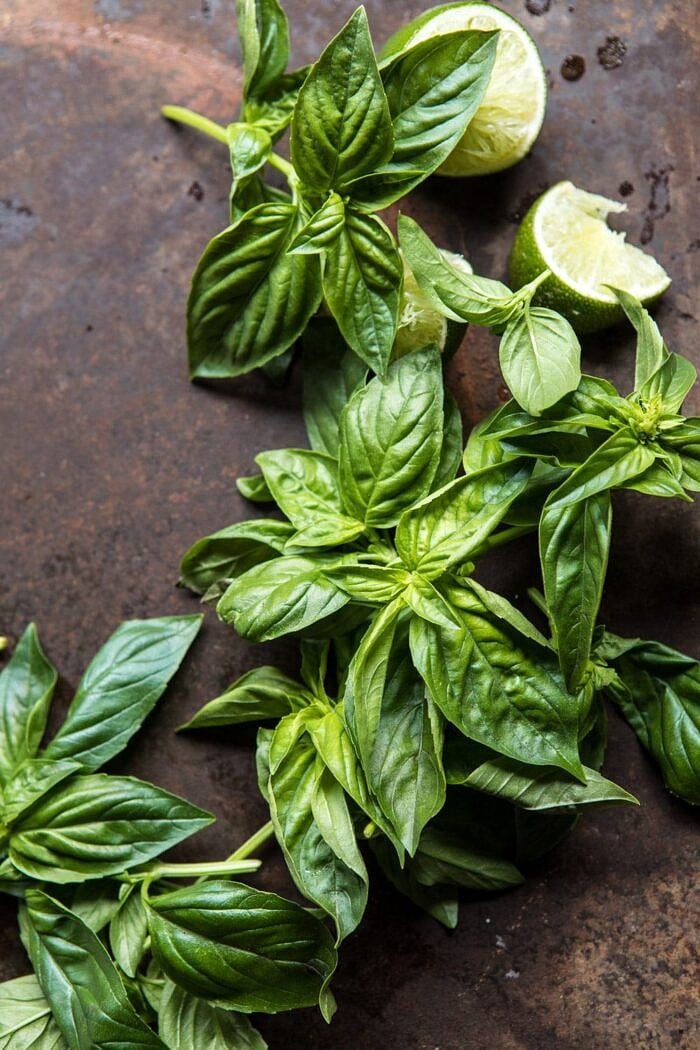 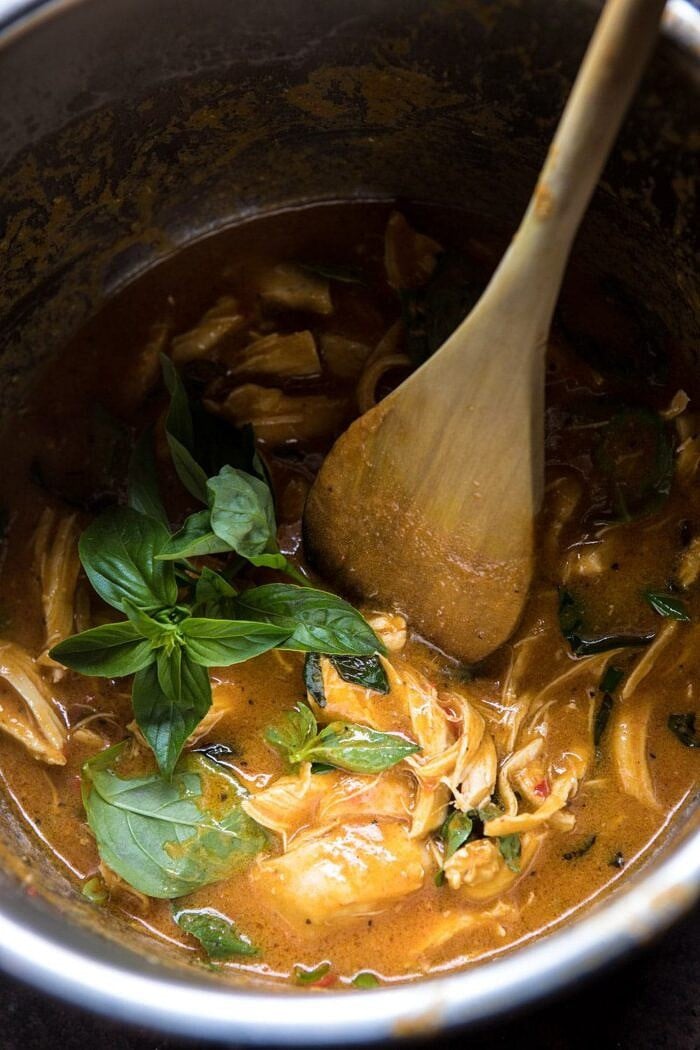 Anyway, that little story has not a thing to do with today’s recipe, but I thought we needed a fun intro, because it’s Wednesday and I think all Wednesdays could use a bright little story.

Plus, I clearly just had Merle on my mind…

As I have said, when I first got my Instant Pot, I wasn’t really that crazy about it. I think I tossed the first two, three, maybe even four recipes I made out. But once I got past the learning curve, I slowly began to really love the instant pot, like I do my slow cooker. There are certain foods that I find the instant pot cooks better than others, and if you ask me, the instant pot cooks chicken perfect every single time. And that’s where this Thai chicken comes into play. 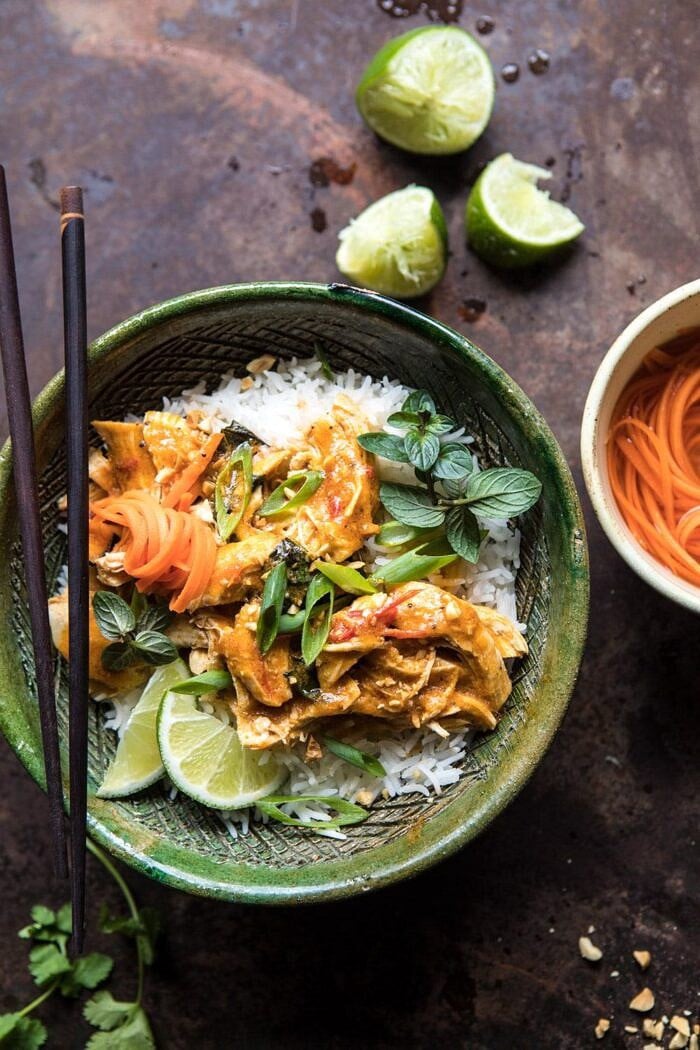 I’m a huge fan of Thai anything, but especially Thai food with a little lemongrass. It’s comforting yet fresh at the same time and full of so much flavor.

As with most instant pot recipes, you pretty much just add everything to the pot, set it, and dinner is done in about twenty or so minutes. No dirtying up too many dishes or even the stove, a major bonus in my book (if you didn’t already know, I hate doing dishes and cleaning the stove!). The chicken is tender, a little on the spicy side, hinted with coconut, and finished off with plenty of lime. It would be delicious packed into a wrap or maybe even served in a salad, but I personally like to serve my chicken up over a bed of steamed rice and top it simply with carrots and greens.

It’s nothing too fancy, but yet it’s incredibly delicious. The major plus, is that it takes no time at all to make. Perfect for busy nights, or nights when you really just don’t feel like cooking.

Oh, and if you have any leftovers, they’d be great packed up for lunches! 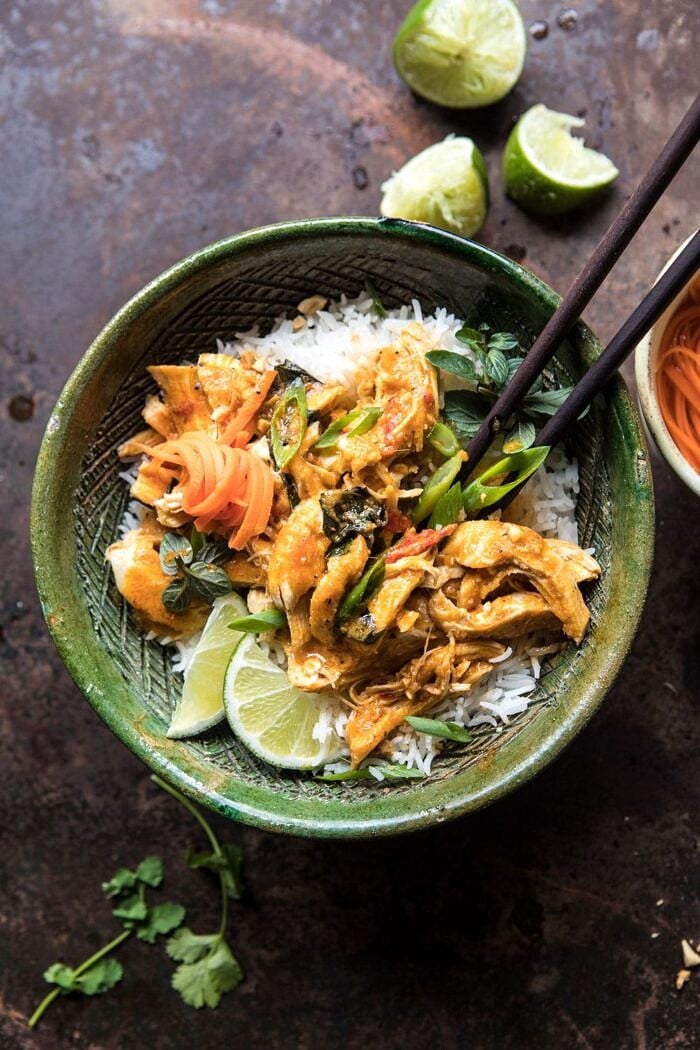 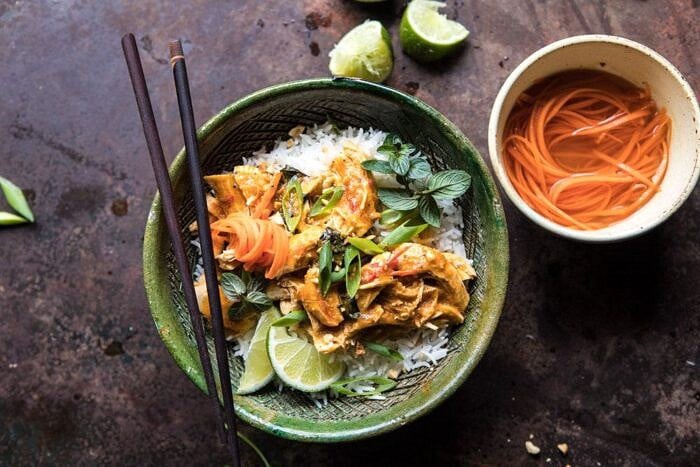 Dinner in minutes. Can’t beat that. 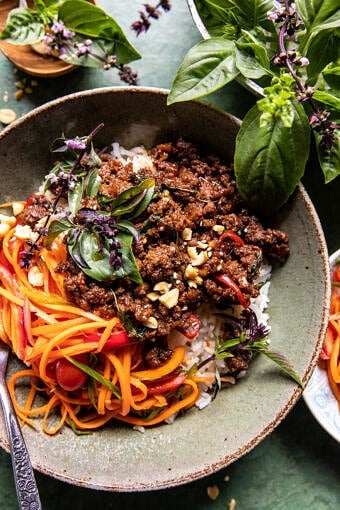 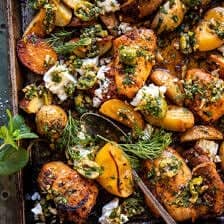 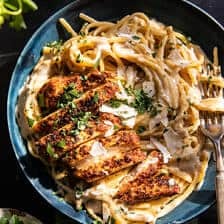 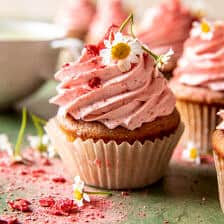