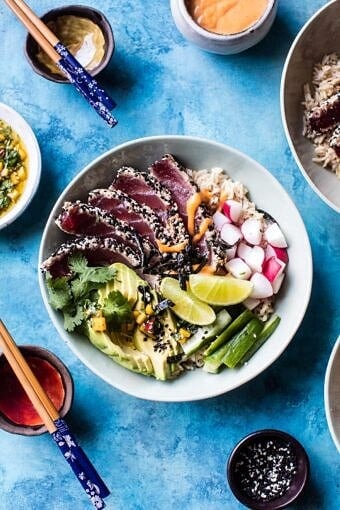 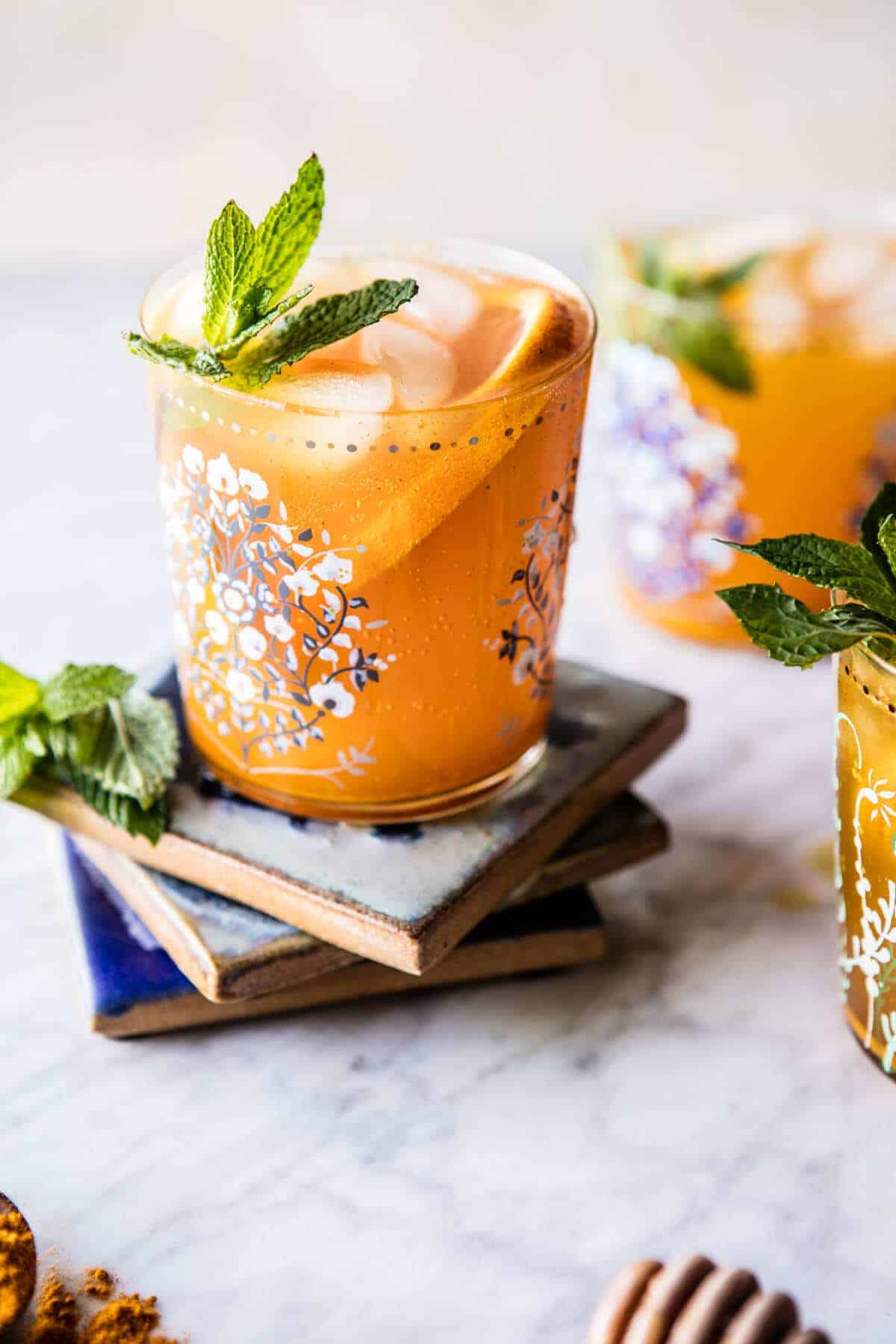 Normally I’m not big on fancy waters and “detox” style drinks. I pretty much stick with water (regular and sparkling) and kombucha, those are my favorites. BUT over the holidays my brother Red kept asking me to make him a drink with cayenne. I didn’t know it, but the kid loves lemon and cayenne water. It’s super odd since he’s kind of a picky eater and doesn’t normally go for  the “health” foods. I wasn’t about to deny him his cayenne water, so I mixed up a little mix and it ended up being so delicious. I was shocked when he actually drank the entire glass. Kid never finishes anything, but he drank all of this!

I will not lie, I am not really a fan of cayenne in my water, but this drink is just SO good. The sparkles really help, especially for me since I am a sucker for anything super carbonated. The drink turned out so good that I decided to do a little research about all the benefits of everything I added and share the recipe with you guys as a part all the “Healthy January” recipes! 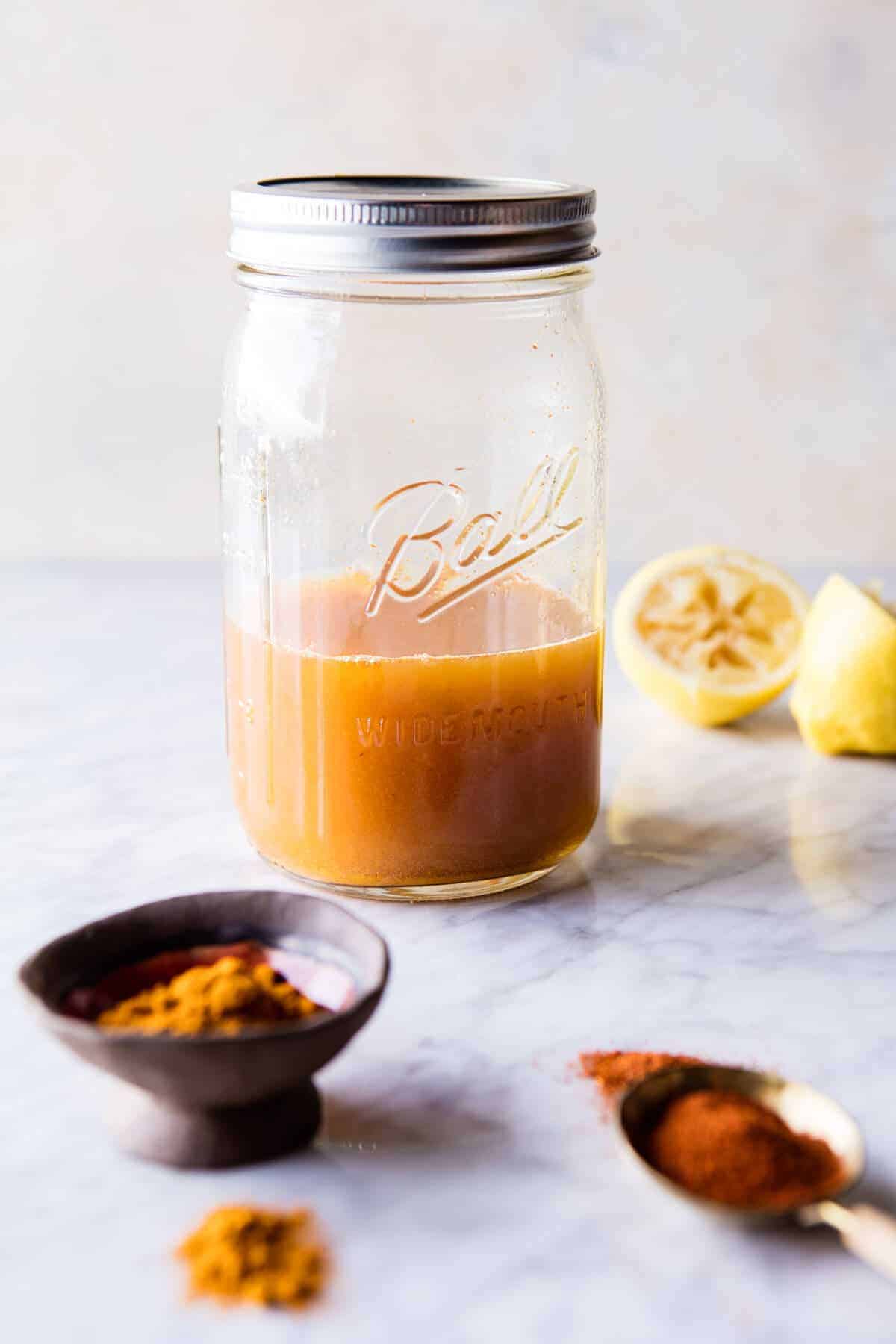 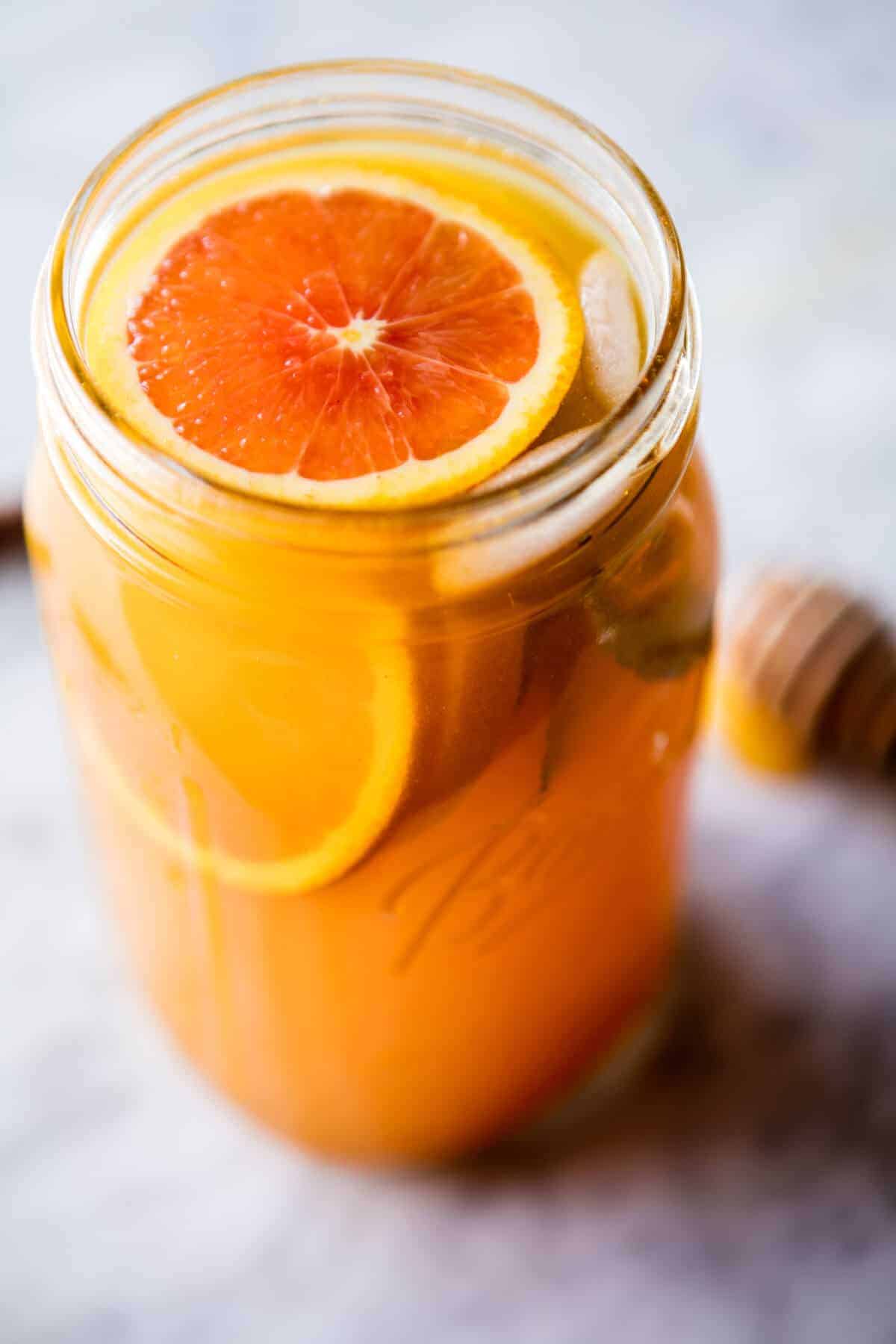 Here’s the deal, everything about this little drink is going to make you feel amazing. It’s loaded with nutrient after nutrient and it’s perfect for doing a little holiday cleansing, which I feel like a lot of us maybe need right about now…

Let’s run through everything…

…ginger – helps with digestion and nausea.

…turmeric – major cancer fighter along with loads of other benefits. Studies have shown curcumin, one of turmeric’s healing compounds, to be a better anti-inflammatory choice than aspirin or ibuprofen. Curcumin also dramatically increases the antioxidant capacity of the body, AND…it can be used as an anti-depressant.

…cayenne – helps to fight off colds, rev the metabolism, and is also a cancer fighter.

…honey – helps prevent cancer and heart disease, among other things.

…molasses – high in vitamins and minerals, such as iron, calcium, magnesium, vitamin B6, and selenium.

…lemon – rich in vitamin C and helpful in cleansing your bowels.

SEEE!!! So much goodness all in one drink, and I swear, even though it sounds odd, this golden glow water is actually so so good. I’ve been mixing this up and topping it with some ginger kombucha and I honestly look forward to it every single morning. It leaves my stomach feeling awesome and provides me with energy for the day. I haven’t had a cup of coffee in over two weeks because this drink is honestly all I need to start my day.

I am obsessed, and so is my family. We’ve been mixing this water up non-stop for the last two weeks and no one is sick of it. 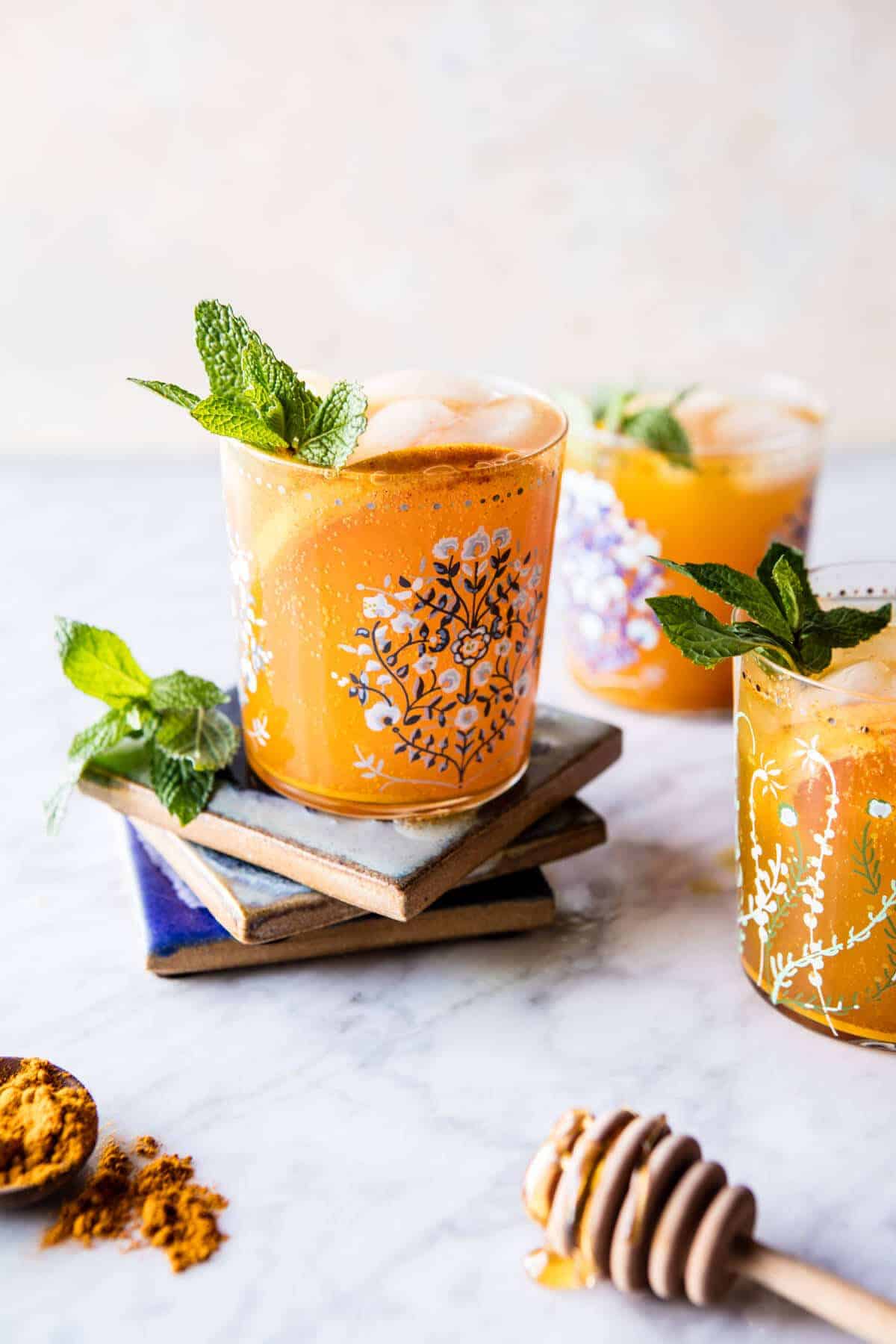 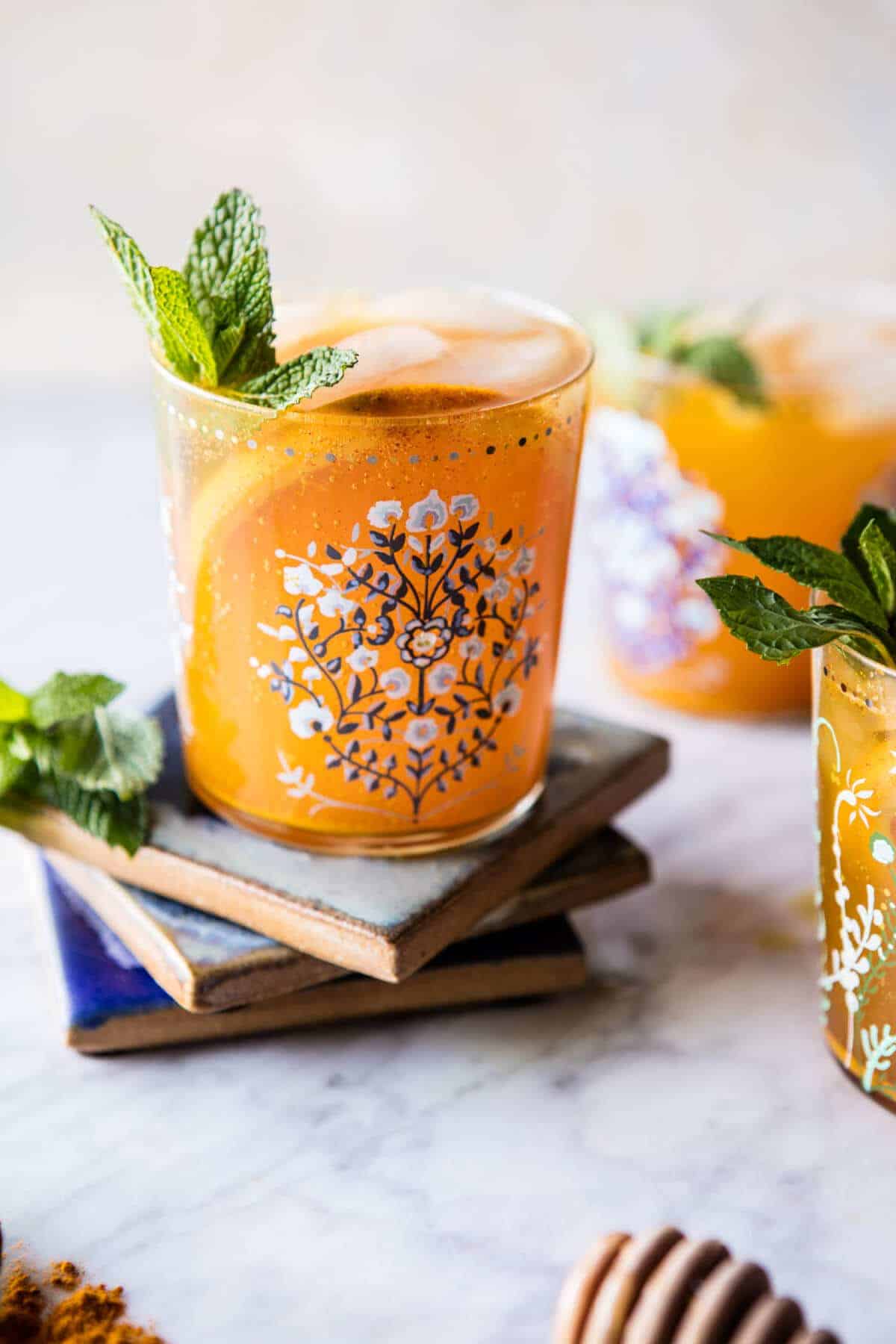 So what do you guys think, can you give it a try? Are you into it? Like I said, at first I was so skeptical. Nothing about this combo sounded good to me, but then I tried it, and man, I am in love. My favorite way to drink this is topped with kombucha, but sparking water works equally great and is a little less pricy.

I feel like if my 16-year old brother can be into this, you guys can too! Speaking of Red, in other food news, in the last year with all of his travels, he has really gotten into sushi. He has been begging me to make him some for the last two weeks. Since he is leaving today for another long trip (and when he returns he’s directly off to X-Games) I finally gave in and made him some homemade sushi before he left. I was scared to roll my own sushi, like so scared, but guys it’s probably easier than rolling up a burrito, seriously. I didn’t have one bad roll, and I didn’t even use one of those fancy sushi mats. I think I made about thirty to forty rolls (my parents still had a ton of people in their house, but pretty much everyone is leaving today). I am now thinking that maybe I need to make the sushi as a blog recipe. Would you guys be into homemade sushi? You would right?!

Maybe sushi with your glow water? Ahh, on second thought I dunno about that, the glow water is more something you drink on your own.

ANYWAY, returning to the glow water, I’m hoping this post inspires you to mix one up today. It’s so easy and will leave you feeling refreshed and ready to tackle the rest of the week. Honestly, you’ve got to try it! 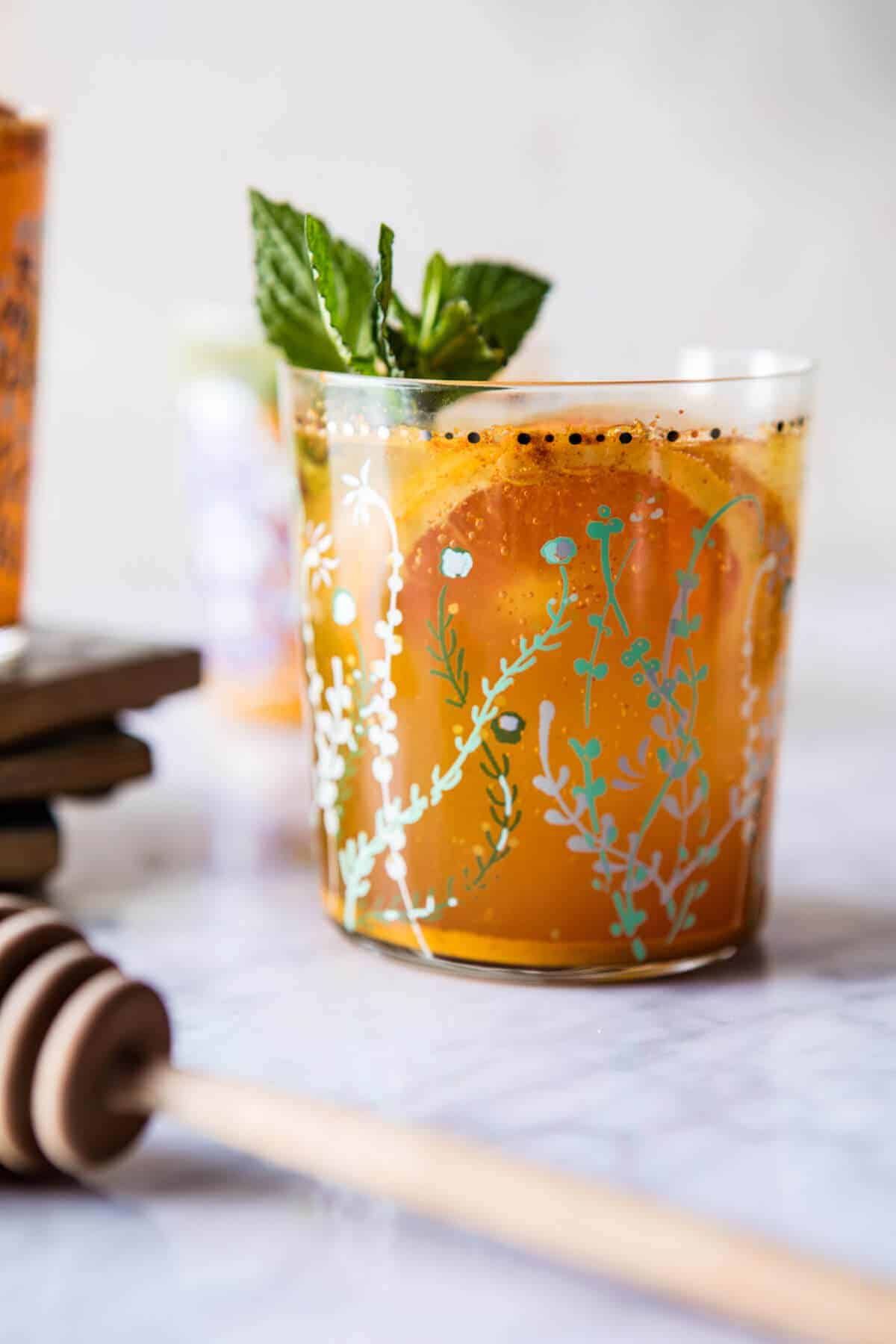 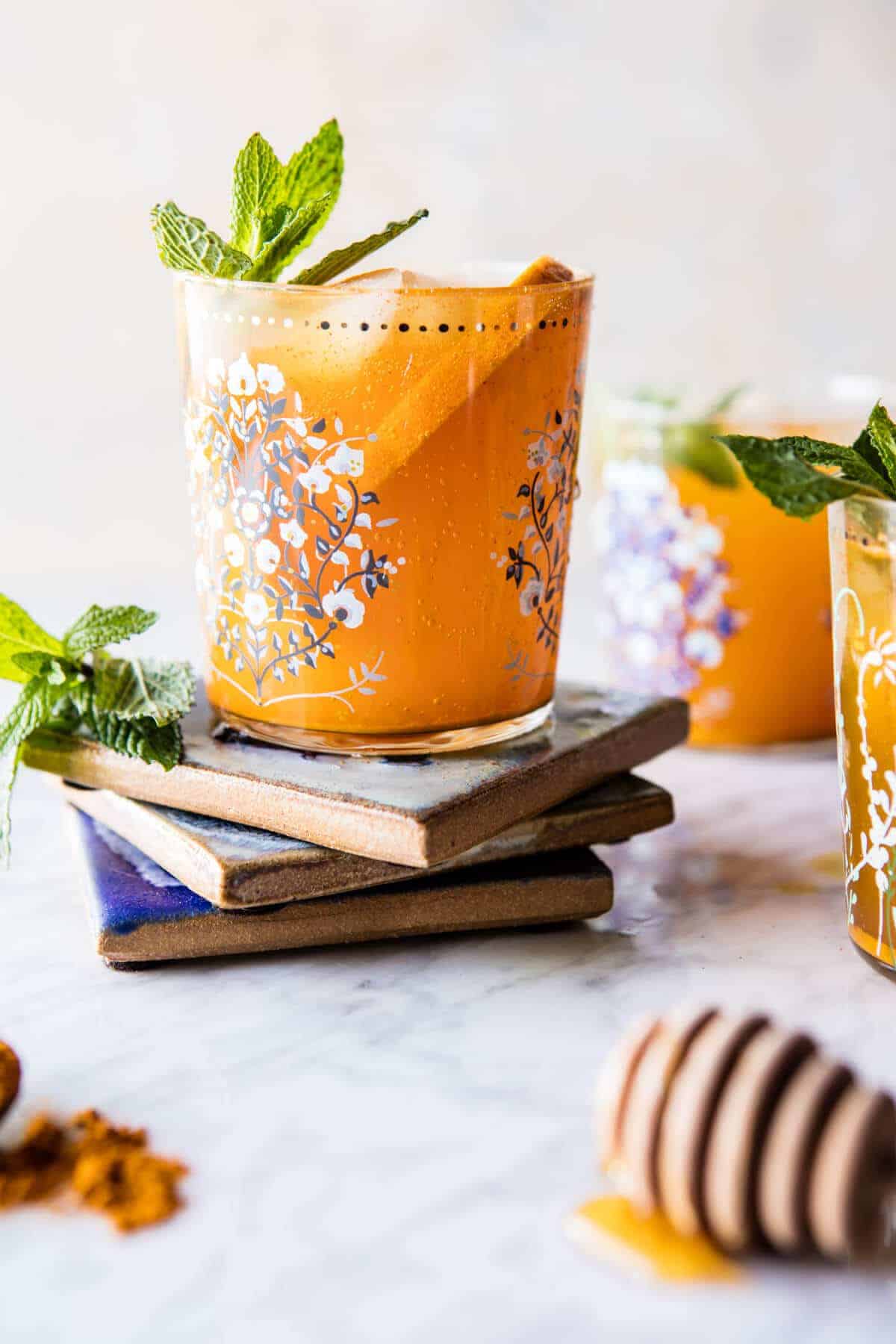 ps. Lyns likes to add a little tequila to hers at night… 🙂 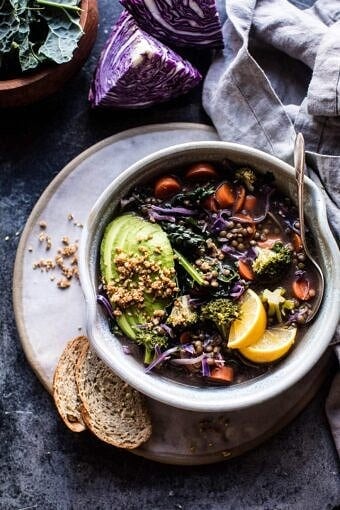