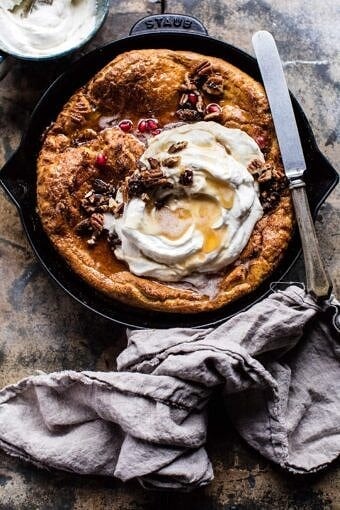 I know that most of us have to work today. But I’m hoping it’s going to be more of a “fun” kind of workday! I was talking with one of my colleagues on Friday who told me that everyone in their office is wearing their costumes to work. Her office hosts a “best costume” contest every year. Um, ok! How fun is that?! What a cool office environment! Does anyone else work where they do fun things like that?

So how about Halloween parties, any fun festivities over the weekend? If you dressed up, what were you, or what are you going to be?? Tag me on Instagram or Snapchat me with all your creepy pics!

My brother Malachi and his girlfriend Caitlin went to a party in Venice Beach. they dressed as scary people, or dead people, or something like that. I don’t really know what they were, but they had blood all over them and creepy make-up. Gotta say, I was pretty impressed. Of course, Caitlin was the cutest dead girl…in a creepy sort of way…that I’ve never seen. I personally have no plans to dress up, but I mean, I guess there’s still time. Suggestions? Hmmm…

My oldest brother Creighton was planning on being a banana. But with the World Series going on in Cleveland, Halloween has pretty much been all but forgotten there. Everything has been Go Tribe, even Progressive Field was sold out for games 4 and 5…and that was just to watch the games on the jumbotron! Let’s hope the Indians can get it done tomorrow night IN Cleveland!

My weekend included all things FALL. Meaning I spent time hiking, carving pumpkins with the little sis, doing some kitchen “work”, because well, it’s just what I do. I also made hot chocolate and watched a kind of scary movie. Ok fine, it was really just a Harry Potter marathon with Asher. Loved it!

SO in other news, tomorrow is NOVEMBER and that has me freaking out just a little bit. To be honest, it hasn’t hit me that October is over. It just flew by, like flew. I need to start planning Thanksgiving and like stocking up on my Lululemons and cozy Burton socks (courtesy of Red, of course) and prepping for the holidays and that thing called old man winter!

Ahh…so not ready. It’s weird because normally by this time of year the temps here are pretty cold, but the last couple of weeks have been so mellow weather-wise. No snow and pretty warm and sunny days. Definitely outta the ordinary for my little mountain town, but trust me – I know it’s coming soon!

When I was thinking about recipes the other week, the idea of a lasagna style Bolognese served over spaghetti sounded really good, but I wondered if there was maybe an easier, faster way to get everything cooked. I’ve seen some spaghetti squash crockpot recipes before, so I figured I would give it a try.

Guys. This recipe is kind of life-changing. You literally just add everything to the crockpot, slow cook all day, and come home to an amazing dinner – DONE. No boiling water, no turning on the oven, none of that. Just slice open the squash (which will be soft and the easiest thing to cut through), remove the seeds and scrape the squash out into a bowl. Then top with sauce and burrata (parmesan too if desired) and EAT.

It literally does not get easier! And also…the crockpot cooks the spaghetti squash perfectly. I let mine slow cook for about six hours and it was perfect. Not mushy (which I was worried it would be) but tender and buttery and soo good! Especially when topped with lasagna-inspired Bolognese. Yuummmms.

As things start to get crazy with holiday fun, this is for sure on my list of easy dinners to make in the upcoming months! And I mean, if you have time, I highly recommend throwing this in the crockpot right now, it would be the perfect after trick-or-treating dinner! <–do this

Hope everyone has a great Halloween! See you in November!

Lastly, if you make these Crockpot Spaghetti Squash Lasagna Bolognese be sure to leave a comment and/or give this recipe a rating! Above all, I love to hear from you guys and always do my best to respond to each and every comment. And of course, if you do make this recipe, don’t forget to tag me on Instagram! Looking through the photos of recipes you all have made is my favorite! 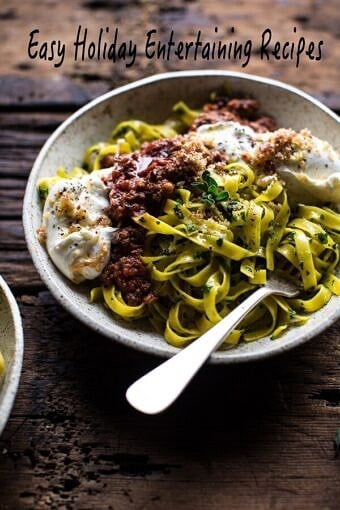