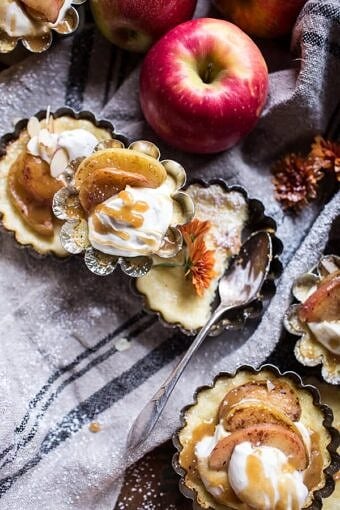 Cause its chili season!! 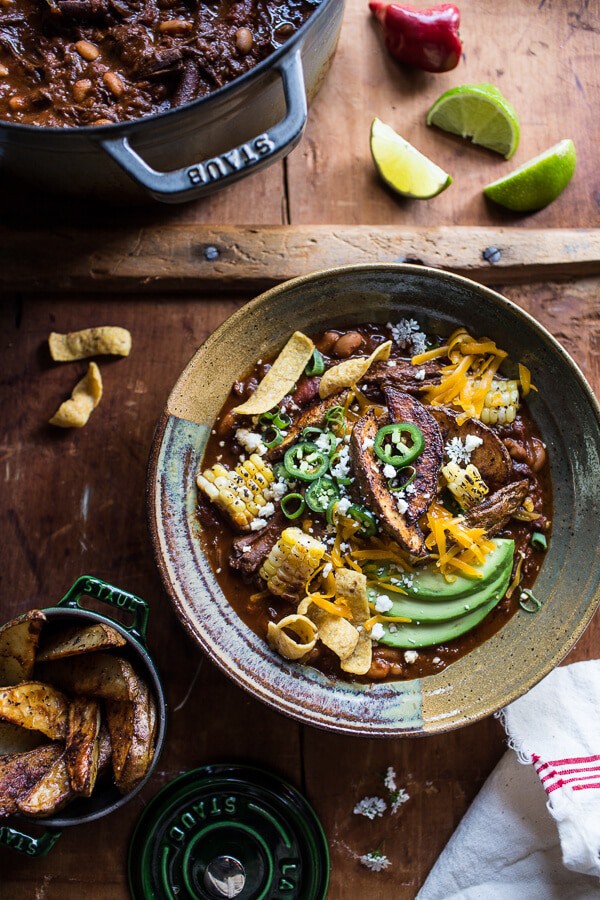 Gosh, I love Thursday. It’s almost always a good day. I mean, it’s basically the weekend, so that just makes the whole mood of the day a million times better, you know? Also, Thursdays during the fall mean football, which means cozy football food for dinner. Reason number 1,444,444,333 why I love fall to pieces!! 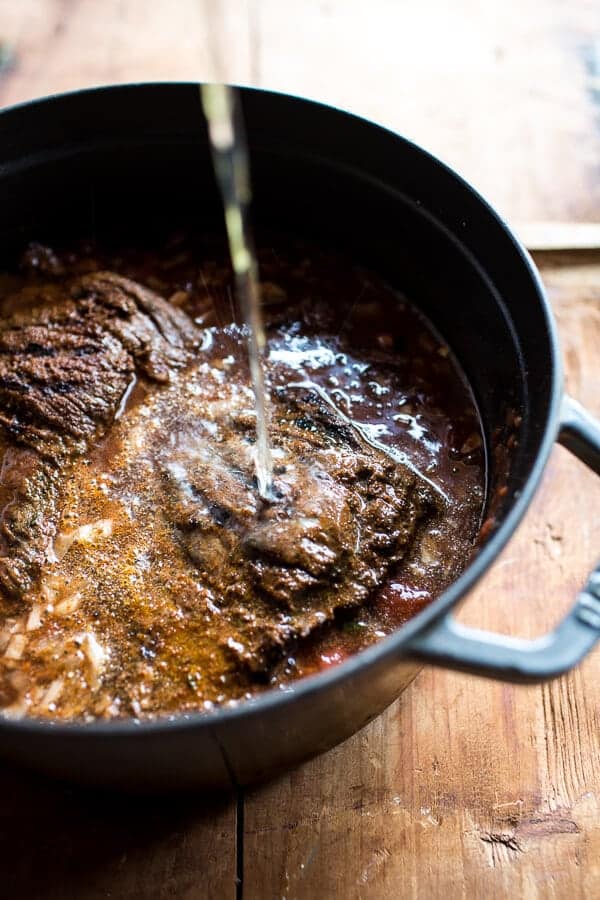 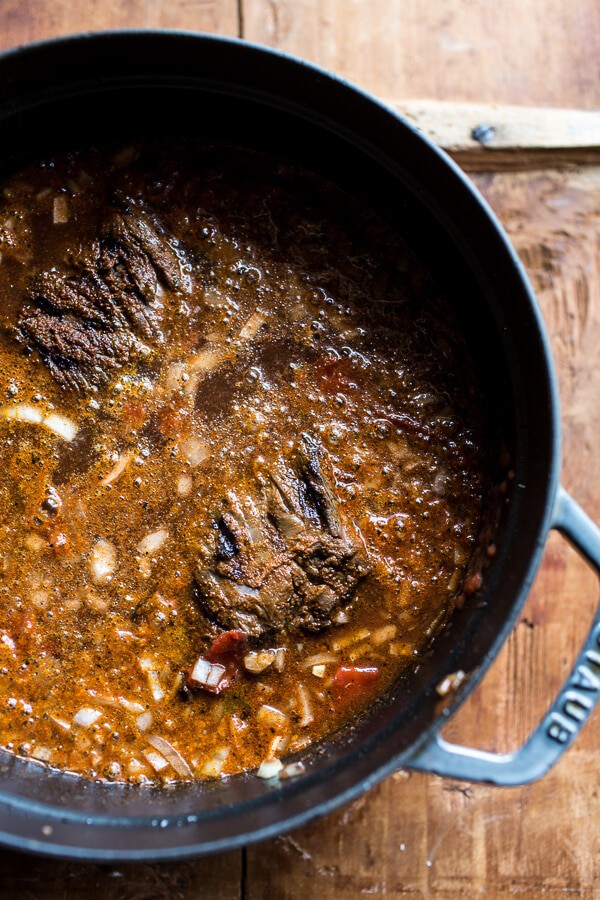 Ok, so I promised I would not bore you with my excitement over fall today.

SOO…let’s talk about the important things in life. Things like that new little black cat of mine, Snape. Remember, I talked all about him on Monday. He’s currently chillin right next to me. He likes to squeeze into the tightest places possible and be EXTRA close to me. It’s the best, I kind of love having the little guy by my side all day. While I work in the kitchen, he hangs out collecting scraps off the floor, then he gets tired and sleeps under my shooting table. While I work at my desk, he’s either on my lap or right beside me in my chair. And when we sleep, well he literally sleeps on top of me. Basically the little guy likes to be in touch at all times. Again, it’s the best.

OK, but the problem?!? He is SO small that I keep trapping him places. Like in cabinets, the bathroom…the fridge…don’t ask. I am also deathly afraid of crushing him, like he is TINY!

I promise photos. Do you want a whole dedicated post, or just a few snaps?? Let me know! 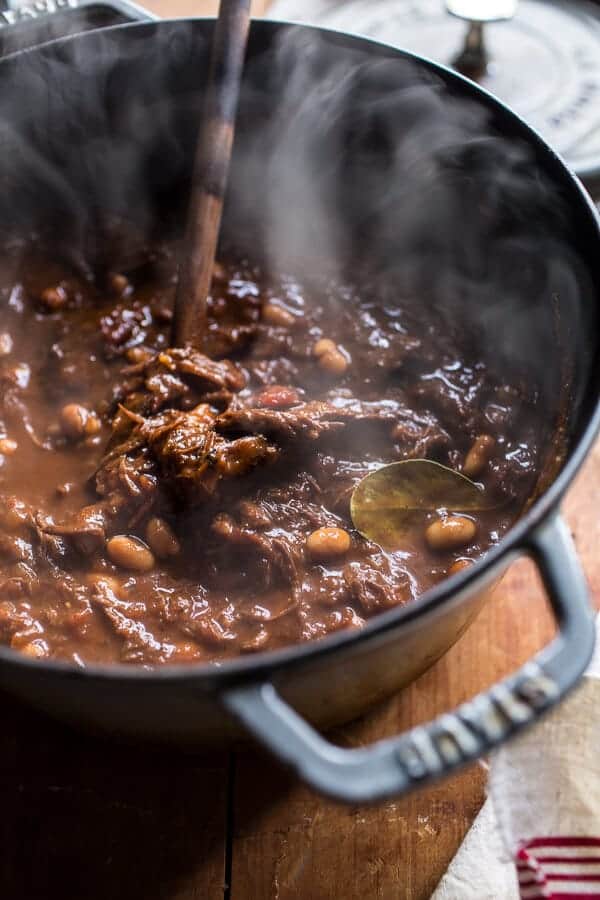 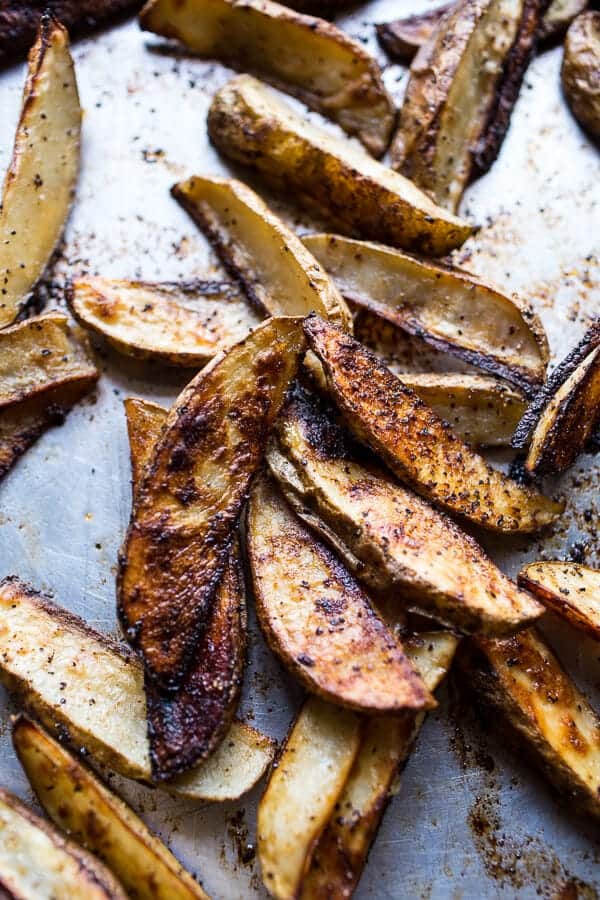 In other important news, my right hand brother Kai is headed off to school on Saturday and I am beyond sad. I have been working him hard, having him do some filming things and such for the blog…hoping to show you guys soon!!

But really, life is alway more fun when this kid is around, so I am so sad to seem him head off to school. BUT very excited that he is headed off to LA. That means warm Cali visits and lots of shopping with Caitlin (his girlfriend). 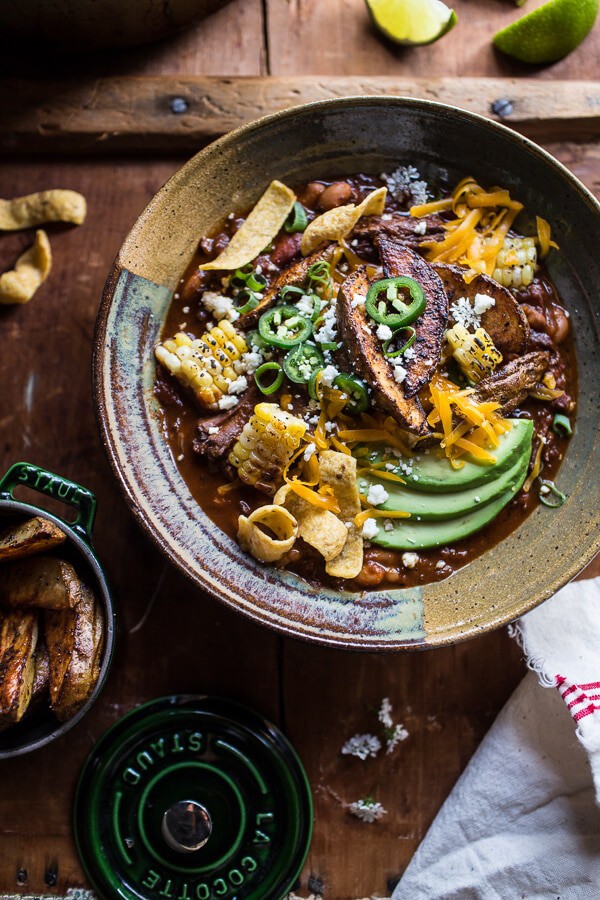 Most important news though?? This crockpot carne asada beer chili!!

It’s actually kind of funny though, because I can’t really take full credit for this idea. See, a while back I asked my oldest brother Creighton if he had any ideas for some fall themed football recipes (his favorite) and of course he responded – chili. Thing is, he likes chili from the packet, so he asked his friends and one of them (hi Tom!) suggested a Carne Asada Chili. I think this was one of the first times I ever asked Creigh for a recipe idea that I came away with one I actually liked. 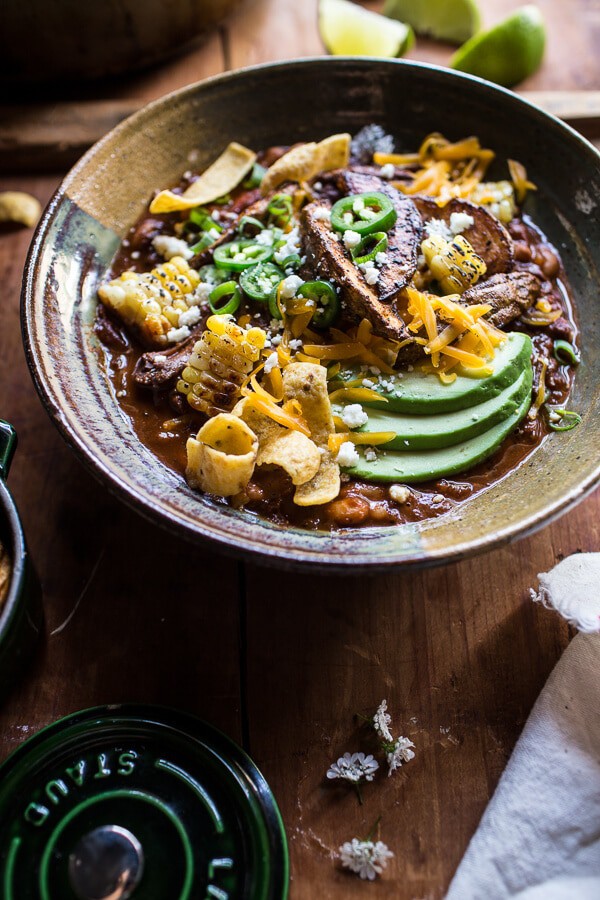 So I was sold and literally made it the next day.

This is just like a carne asada taco, but in chili form. Which I’m actually thinking I like better. I know, what?!? But this is just SO good, plus it’s so easy! The meat gets slow cooked all day, then topped with seasoned baked potato wedges and basically every other topping you can think of!

Hello, avocado, jalapeños, cheddar cheese, grilled corn, green onions, FRITOS and maybe even some sour cream or greek yogurt, if you’re into it!

And there you go, that’s your bowl of carne asada chili!!

*Lastly, for those of you who saw the note at the end of my post yesterday, I want to you to know that your efforts to contact Pinterest on my behalf of my issue worked! Pinterest finally contacted me to let me know that we have been removed from their blacklist. They apologized for the inconvenience and said, “Occasionally good websites get caught in the mix when we’re looking for spammy sites. This shouldn’t happen again, however, please let us know if it does”.  Thank you all for being such AWESOME loyal readers. You have no idea how much this means to me. 🙂 Tieghan 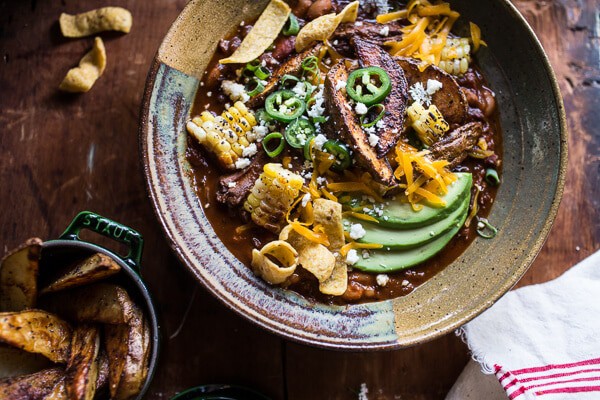 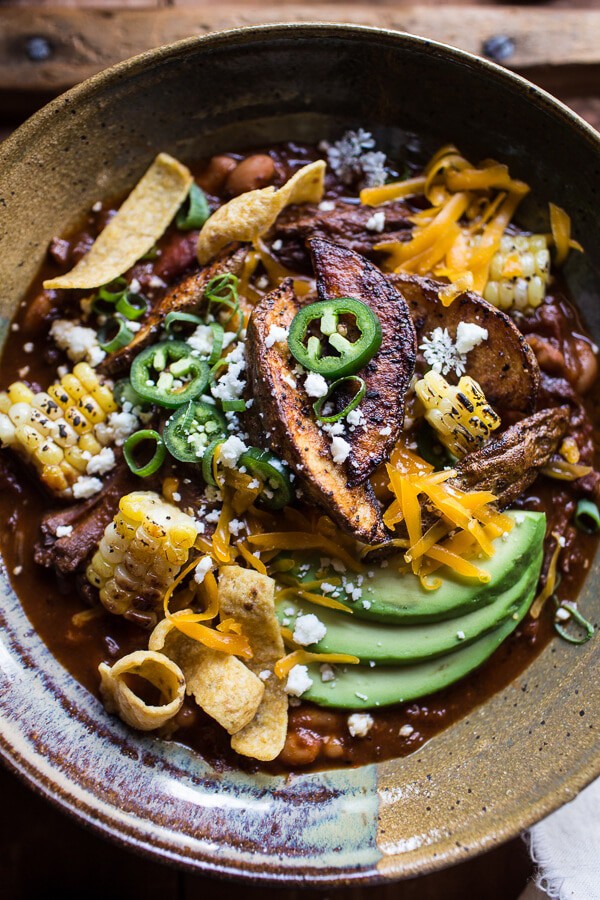 *If you are in a hurry, you can skip searing the meat and just add it directly to the crockpot. However, I find that searing the meat really boosts the flavor. **TO MAKE IN TH OVEN: Preheat the oven to 325 degrees F. Heat a large heavy bottomed soup pot to high heat. Rub the steak all over with olive oil and season with salt + pepper. Sear the meat on both sides until, light char marks appear, about 3 minutes. To the pot, add all the remaining ingredients except the beans (start with 4 cups chicken broth and add the remaining 2 towards the end of cooking if desired). Cover and cook for 4-5 hours, string once or twice. Just before serving, shred the meat with two forks. It should easily fall apart. Stir in the beans. If you like a soupy chili, add more chicken broth to your liking. Plate as directed above
View Recipe Comments 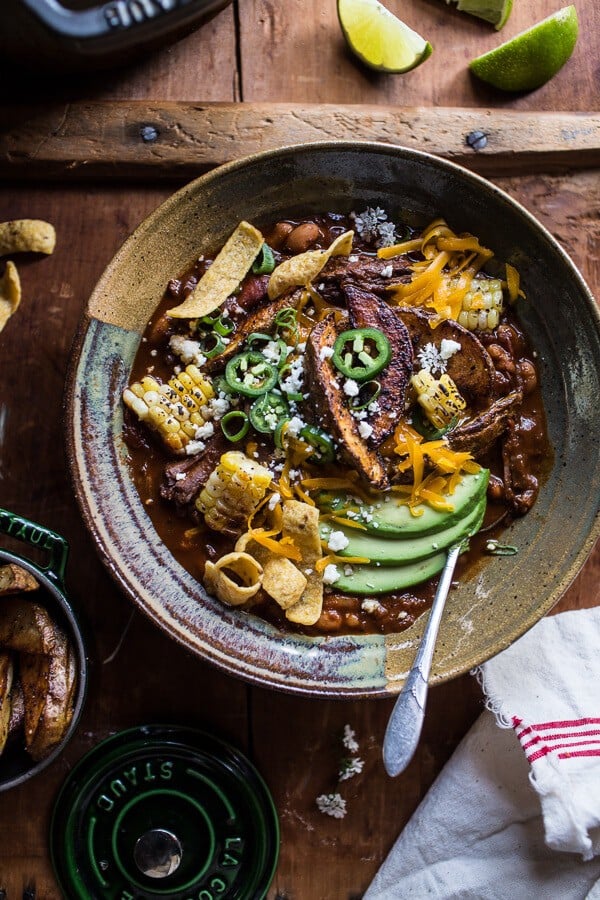 But one thing, double up on the cheese. Well two things – DON’T skimp on the potatoes either! Mmmm, K?! Cool! 🙂 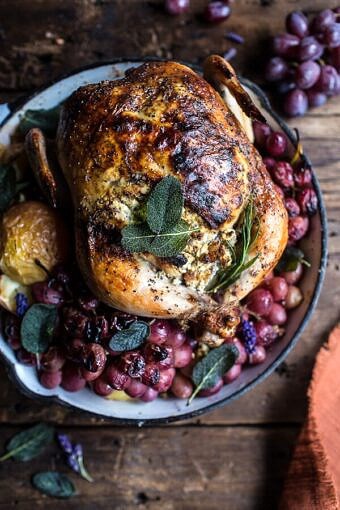