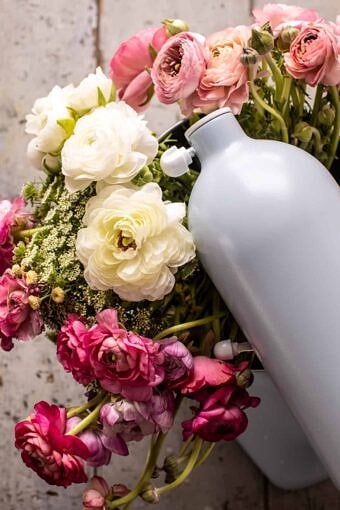 Lazy weekend mornings are made for this caramelized Cinnamon Sugar French Toast. Light and airy cinnamon sugar french toast, made with a warming vanilla bourbon egg custard, nutty browned butter, and sweet cinnamon sugar. Every piece of toast is soft, buttery, and custardy inside, but crisp and caramelized on the outside with just the right amount of cinnamon sugar. Serve this french toast with whipped mascarpone and a drizzle of maple…beyond delicious. 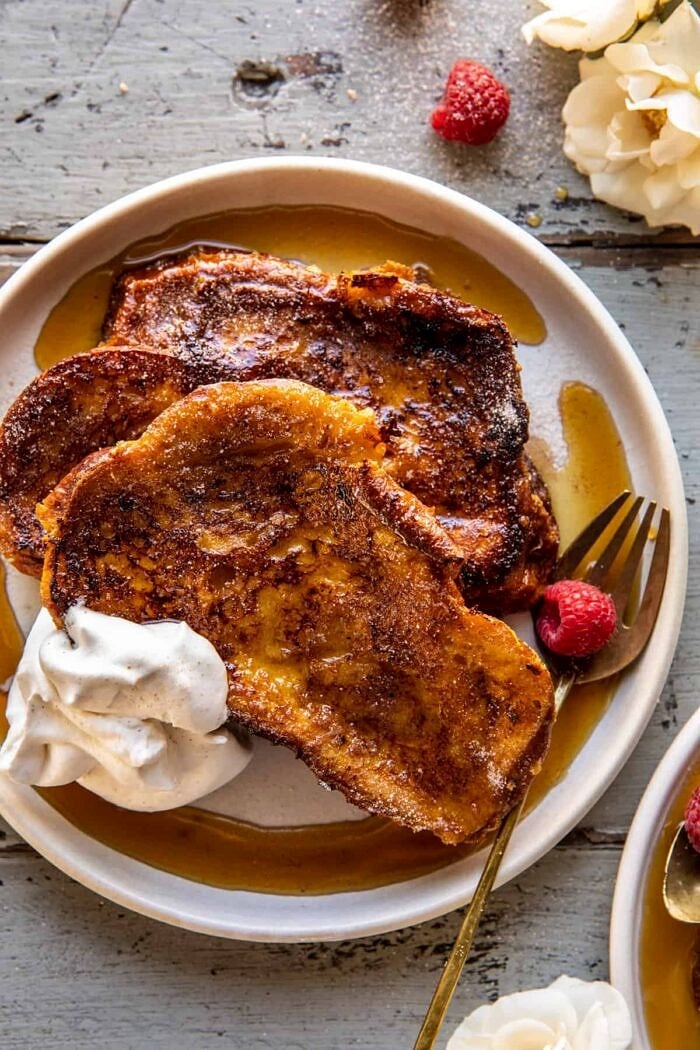 It’s been so long since I shared a good breakfast recipe. No idea why, but I’ve been very into the cookies and cakes this month. However, something about this weekend really required a deliciously sweet breakfast. It’s been the longest week. I’m feeling like a lazy weekend breakfast is exactly what we all need.

Enter this french toast. It’s half cinnamon sugar toast and half french toast. And well, it might just be my favorite breakfast…because I will forever have a deep love for cinni-sugar toast.

Growing up, my brothers and I sure ate a lot of cinnamon sugar toast. It was my dad’s specialty and my personal favorite. He’d do his French toast up really simply, using whatever bread my mom bought that week. Then he’d use so much butter, and even more cinnamon sugar. Oh my gosh, it was good. Dad would always make his cinnamon sugar mix heavy on the cinnamon and lighter on the sugar, so that’s how I do mine too. And we loved it. You can never overdo it on the cinnamon in my opinion.

For whatever reason, I’ve been thinking so much about his cinni-sugar toast recently. So

much so that it ended up being the inspiration for this French toast. It reminds me of being a kid. When everything in life was stressfree, carefree, and my biggest concern was what outfit I was going to wear to school. 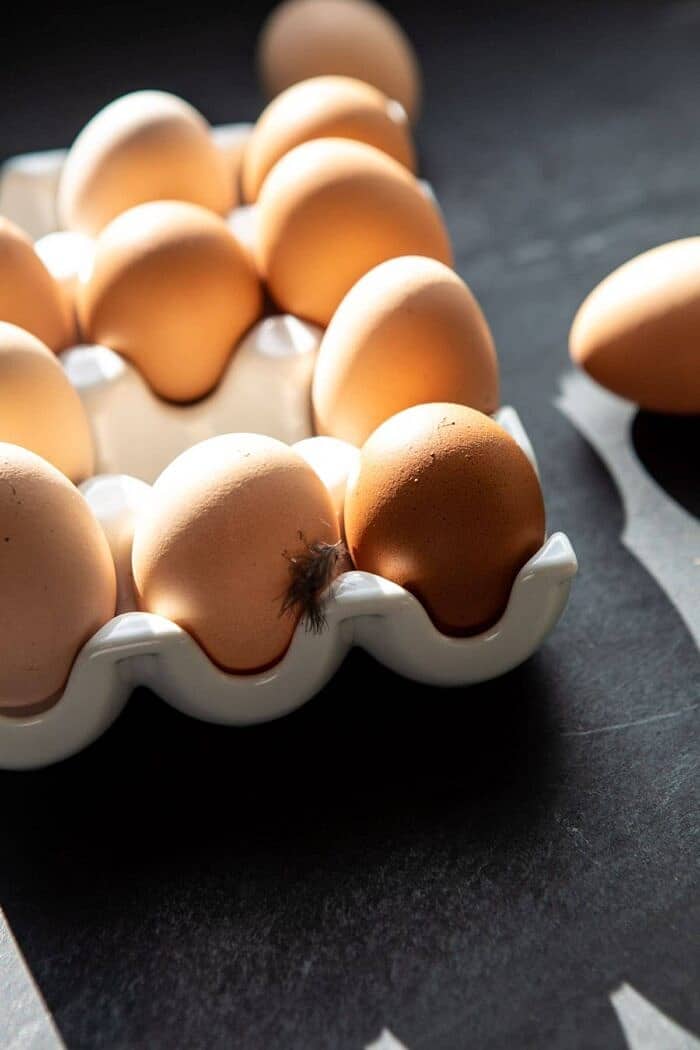 Here are the details.

Like most French toast recipes, this is pretty simple to make and requires nothing fancy. I like to soak my bread slices in an egg “custard-like” mix. I always add a splash of both bourbon and vanilla. Using a small splash of bourbon really helps bring out the rich flavors of this toast and gives it something a little extra special.

So…soak the bread in the egg mix, then pan fry with a bit of butter until golden on either side.

Very basic, but then… 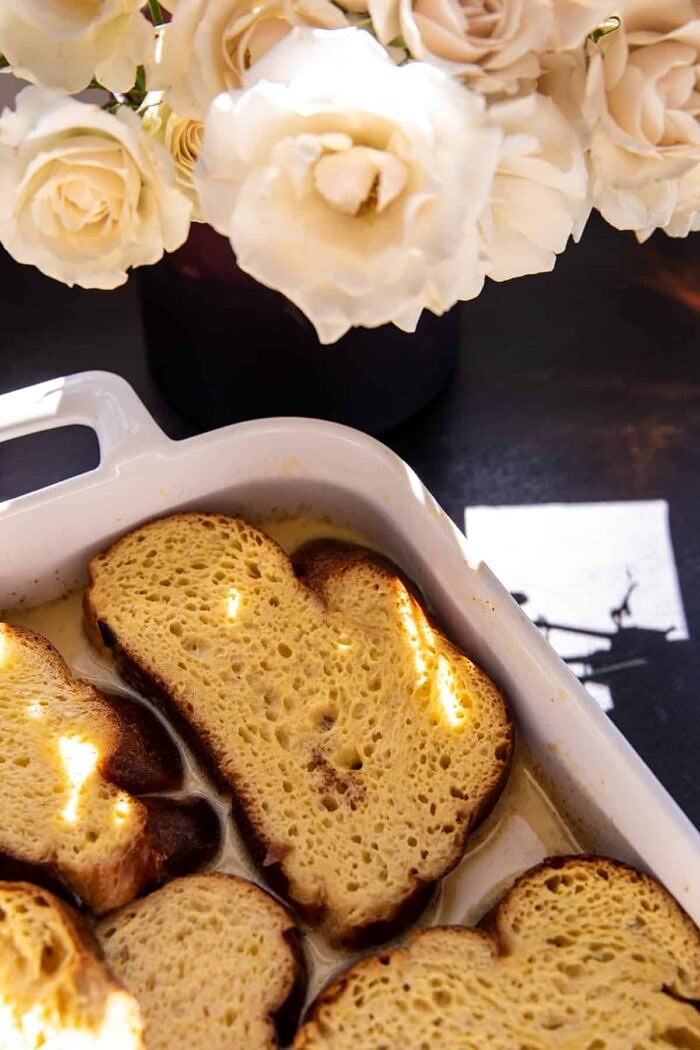 Once you’ve cooked both sides of toast, you’ll want to sprinkle on the cinnamon sugar. Then simply flip the french toast over, cinni-sugar side facing down. As the french toast cooks, the sugars caramelize and turn the top of the toast into the most roll your eyes back delicious treat.

It’s similar to creme brûlée, in a way, but with the flavors of cinnamon sugar toast and just the slightest bit of crispiness. 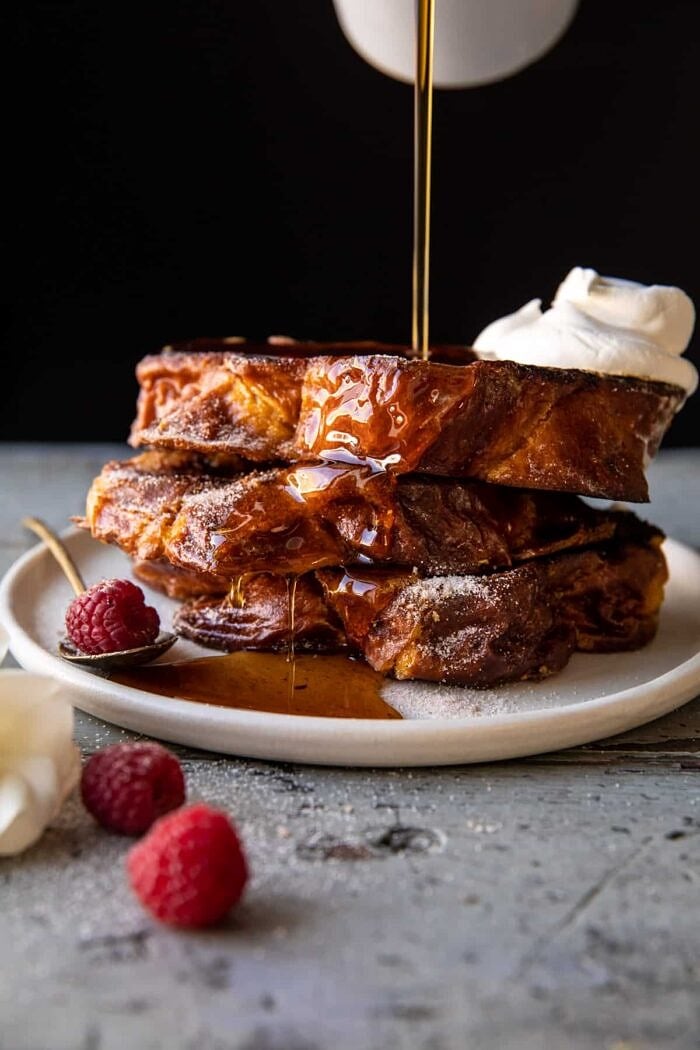 And finally the mascarpone cream.

If you LOVE tiramisu, you’ll definitely want to make this whipped cream. It’s made with mascarpone cheese, which gives it the perfect light and creamy texture and the best flavor. Again, it adds something a little extra special to this French toast.

All it requires is just mascarpone cheese, whipped with cream, and a touch of vanilla. Seems so easy and simple, but do not let that fool you. It makes for the creamiest topping, and is perfect atop these french toast slices.

As soon as the french toast comes off the skillet, finish it with a light sprinkle of cinni-sugar, a dollop of mascarpone cream, and a drizzle of real maple syrup. Again, nothing not to love here.

When the whipped cream hits the warm toast it begins to melt over top and creates an even more custard-like french toast. The whipped mascarpone, in addition to the caramelized cinnamon sugar and sweet maple…mouthwatering! Sorry, cheesy, but I mean, I think you’ll agree.

Hoping so, because I really cannot stress enough just how good this French toast really is. My mom and causing Maggie said they could not get enough. This is one of those recipes that you’ll look forward to making every chance you get. The toast is warming, cozy, and so easy to make. Serve these up for weekend breakfast/brunch, then save the leftovers as a weekday on-the-go breakfast/treat/snack. Or work them into your upcoming Easter or Mother’s Day menus…crazy these holidays are already on the horizon. 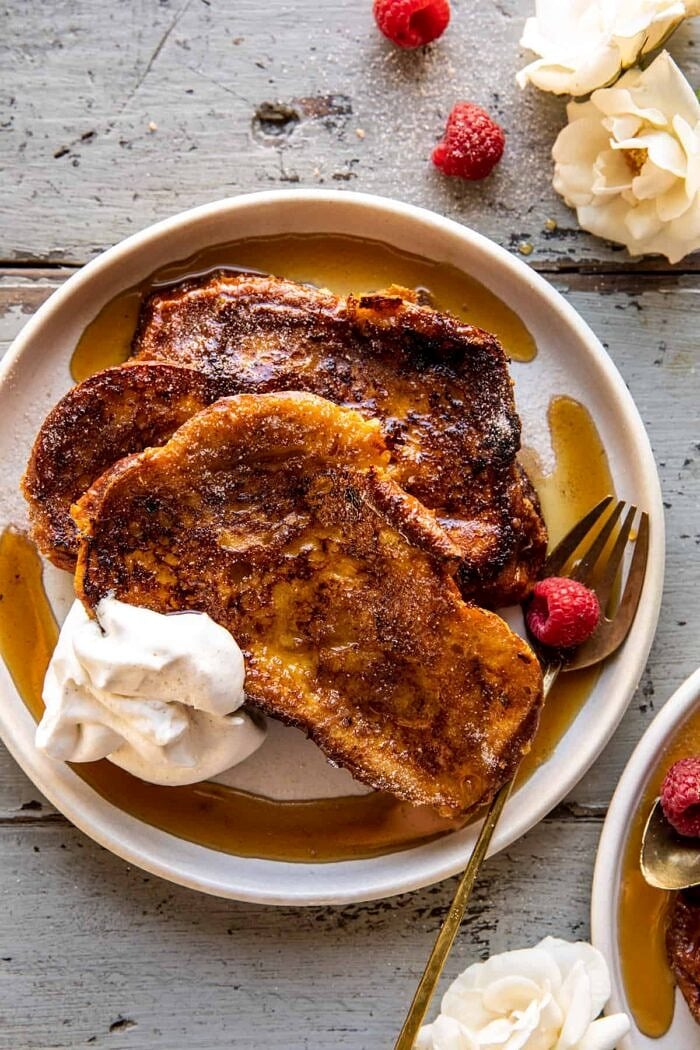 Looking for other breakfast recipes? Here are some favorites:

Lastly, if you make this Cinnamon Sugar French Toast be sure to leave a comment and/or give this recipe a rating! Above all, I love to hear from you guys and always do my best to respond to each and every comment. And of course, if you do make this recipe, don’t forget to tag me on Instagram! Looking through the photos of recipes you all have made is my favorite! 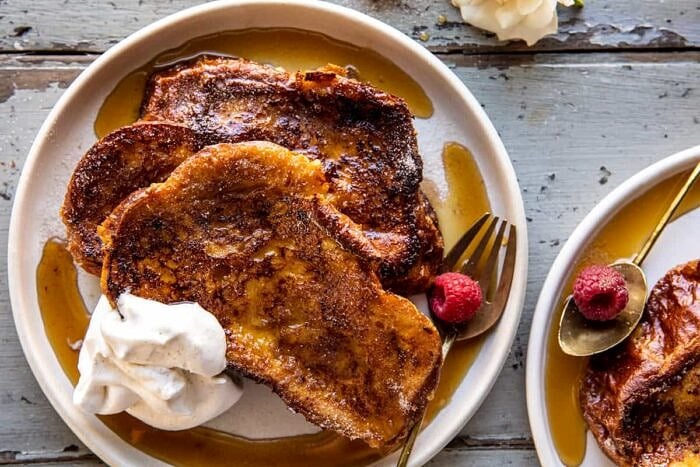 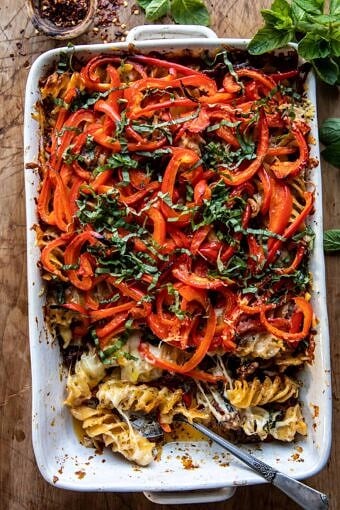