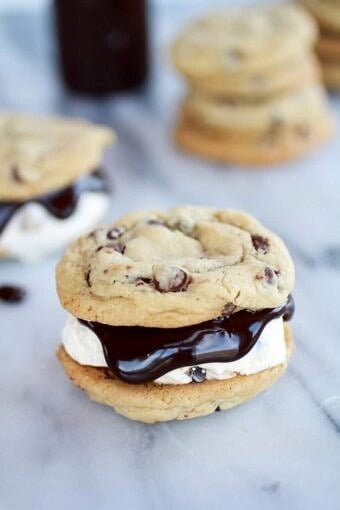 Please someone, I need some help.

No, not with my mental state, although some people may argue this.

And no not with my current corn, jalapeño or ice cream obsessions. No I like those just the way they are and to be honest they are probably just getting going. I am thinking they are not gonna fade till I find a new ingredient to obsess over which could be tomorrow, a week from now or months from now. Maybe in September when I will most likely flood you brains with mass amounts of apple, pumpkin, cinnamon and warm comfort foods.

But I feel it is safe to say my summer food kick is in full force. I just keep chopping fresh summer fruit and throwing it in with pretty much everything. You just wait and see.

What do I really need help with??

Yeah, I never listen to music mostly because it is too loud in my house to even hear myself think at most times. So putting music on would be adding to the noise, but this week the house is almost silent. I say almost because I have an older brother who pops in pretty frequently, to well… eat, shower and get milk for his protein shakes. See the rest of family has gone off doing yet another snowboard thing in the Mammoth, CA.

I love them to death, but man I love a quiet house.

I also found out I really enjoy cooking with music on. I actually think it helps me work faster which is just awesome. Alright, that is probably all in my head. The reason I worked faster is because other than that older brother I had not one distraction the entire day. It was awesome.

Eventually though, I got a little tired of the Pandora country station. I got so board that I actually put on Bad Company because my Dad said he loved Bad Company when her was younger. Not gonna lie, some of it was pretty good, but after like five songs I was done.

So I am taking suggestions. Please help a girl out here!

Now about this salad?

Originally I was not planning on posting this today because I posted the Caprese Quinoa Stuffed Mushrooms on Monday and two quinoa recipes in one week is normally not what I would like to show you guys, but this salad was way too good not share. Especially with Memorial day on Monday.

Cause honestly Memorial day is calling out this for this salad.

It’s pretty quick, super easy and it is all about grilling!

Plus, it can be served cold, room temperature or hot of the grill!

Personally I like it when the quinoa is still warm and the veggies are hot off the grill. You know, where the heat from the veggies just slightly melt the cheese. I am all about melty cheese! Oh and then there is the crisp, cold, sweet peach!

When I saw those in the store I just about died! Peaches and nectarines are one of my favorite summer time fruits and I could not believe I saw peaches so early. Obviously I had to buy them, unfortunately for a ridiculous price!

I guess they are not quite in season yet, hence the ridiculous price, but they are good!

The sweet peach adds amazing flavor and a great juicy crunch which works really well with the sweet grilled corn and the spicy jalapeño pepper. The BBQ sauce dressing just ties it all together.

Oh and the cheese? The cheese adds awesome cheeseyness which is a must for any cookout!

Summer foods are pretty much just ruling my life these day. YES! 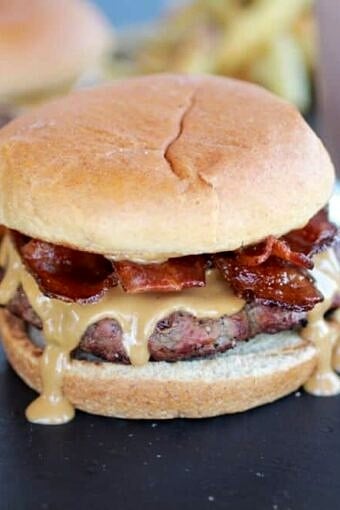