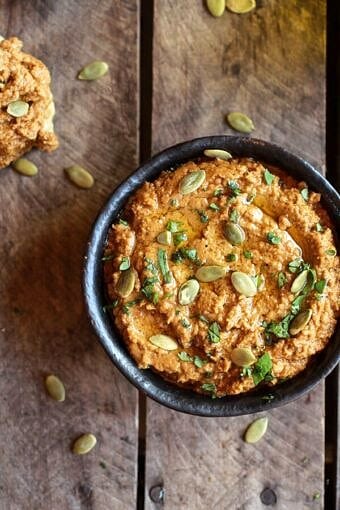 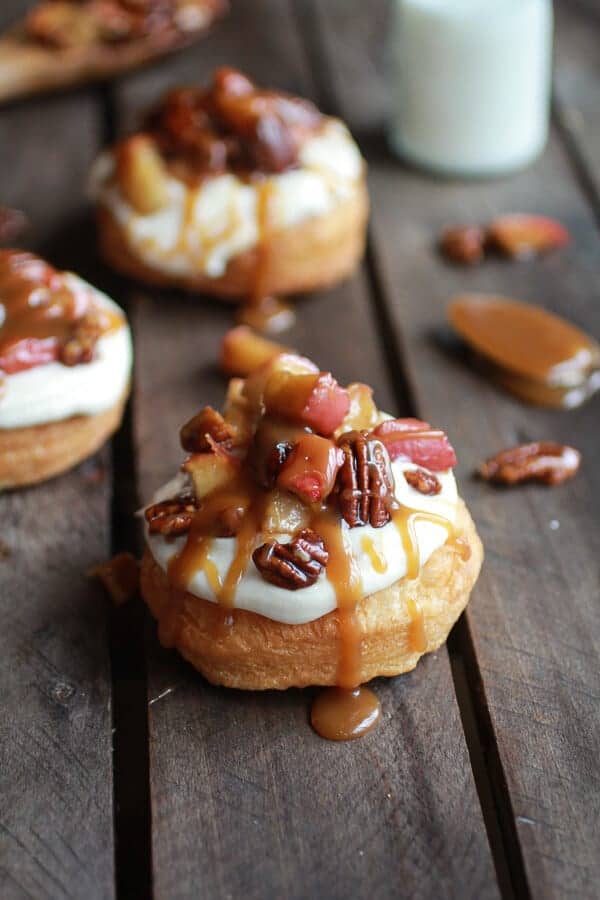 When I showed you guys how to make croissants?

And then told you I was working on a little project?

Well my invisible friends (you’re the best!) this would be that little project. 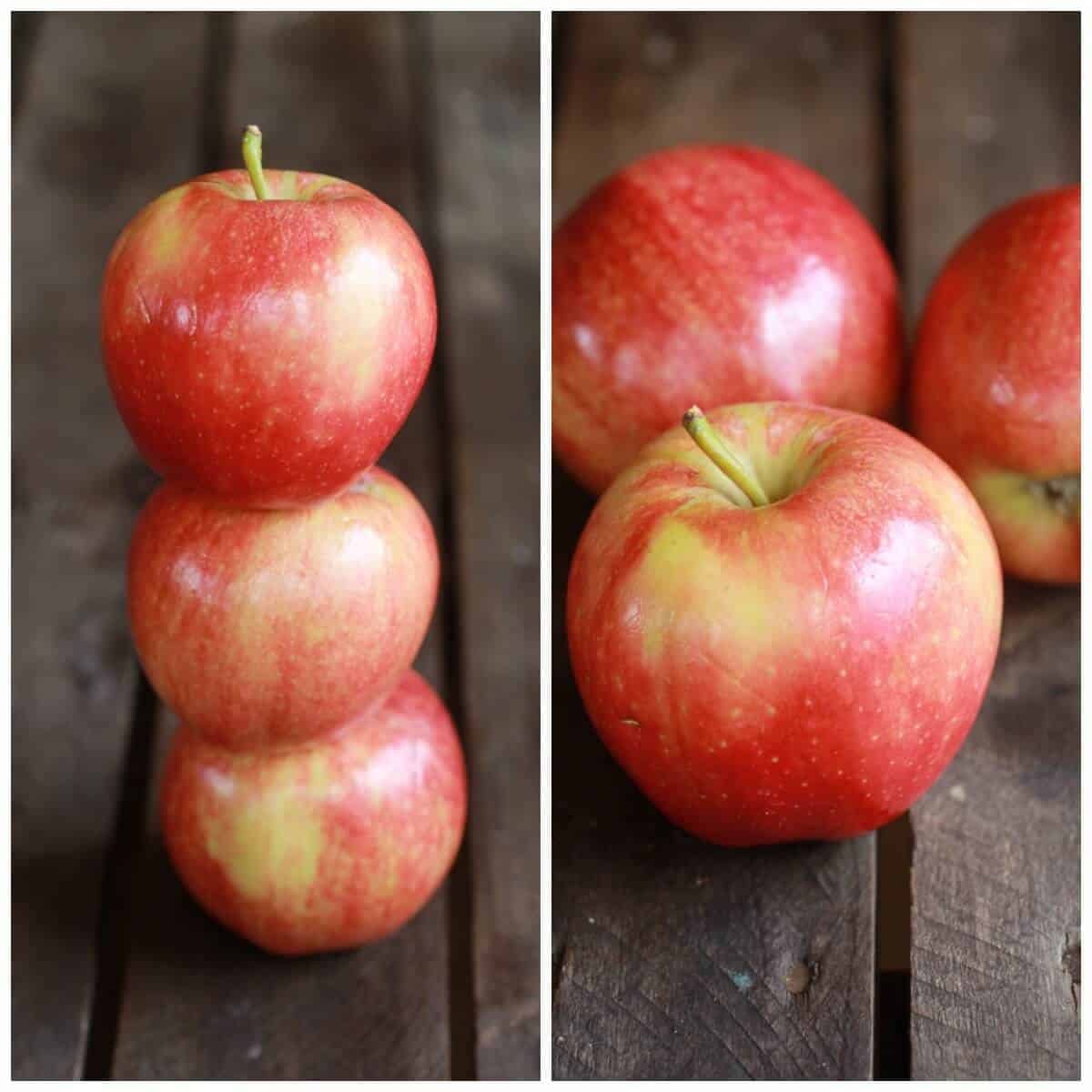 The cronut (Well, actually it’s the next best thing. I do think there is a true cronut dough recipe out there somewhere that is similar to croissant dough, but something totally different. I am just going to stick with the croissant dough.)

It’s a croissant, it’s a doughnut and it’s also incredible.

And a little work, or high maintenance as my dad would say, but yesterday we took it easy and strolled through the day with the crockpot. Today it’s Friday (heck yes!) and a little weekend project is good for the soul.

At least I think so. 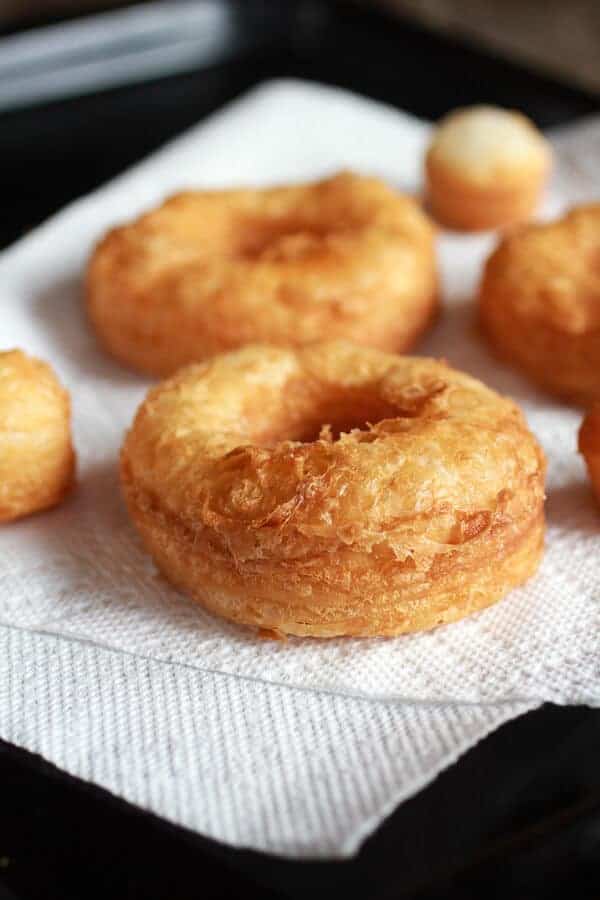 To be honest, I really only made the croissants so I could make the cronuts.

See, I have been hearing about this thing called the crounut for months and months now. I think I first heard about it back in March and then people basically just started going crazy over them. Like waiting in ten-hour lines just for some fried dough. That either tells you that one, people are totally insane (no seriously, who waits in a ten-hour for line for anything?). Or two, they must be the most amazing thing you will ever bite into. That is true, but come on. Ten hours? I could never do it. 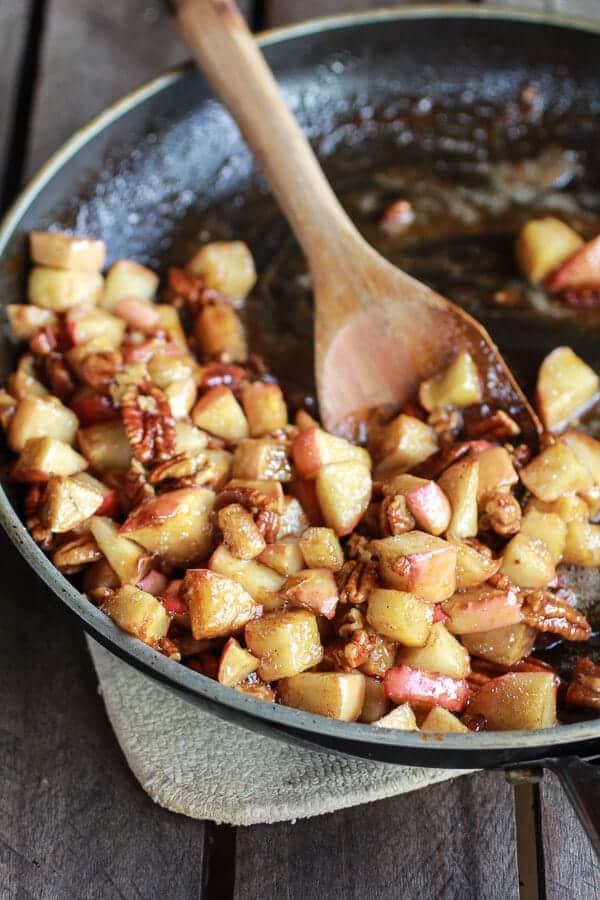 I have been dreaming up my perfect cronut for a month now. A cronut covered in chocolate, filled with peanut butter, topped with mousse or even just glazed, but then all the sudden fall hit here, way sooner than most of the rest of you I’m sure, and I started cranking out fall foods like it was mid October.

I also realized I should probably branch out a bit from the strictly for chocolate lovers desserts. Not that that’s a bad thing, nor will it be going away, just that I thought is would be fun to do something a little different. Which if you know me, is a BIG shocker. 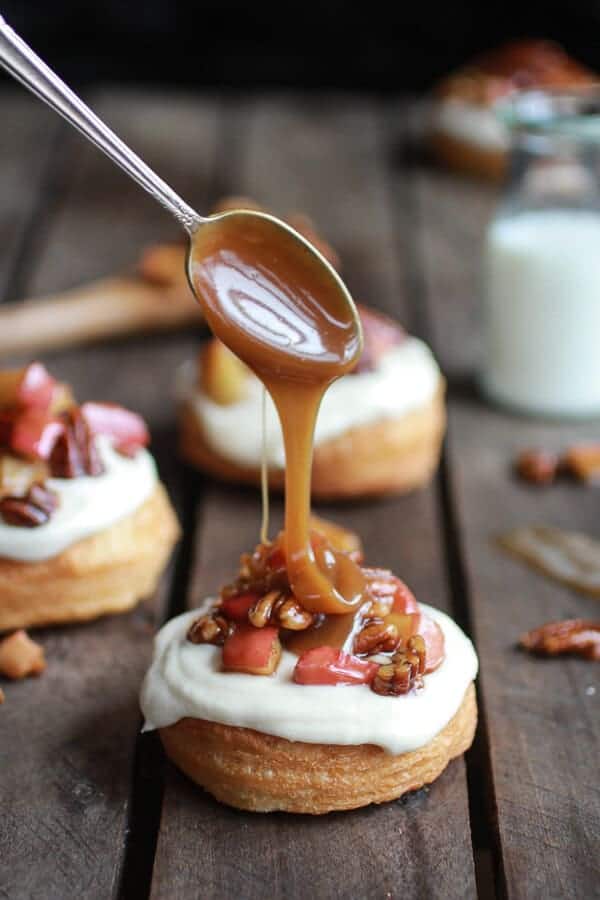 But whatever, it was probably one of my better decisions in life.

Apple Pecan and Caramel is where it is at guys. And you guys, I do not even like apple pie! I love pecan pie, but my mom always adds chocolate. Apple pie though? It has just never been my thing, but I am changing. I have no idea why, but I think I am actually becoming an apple pie lover now. And the topping to these cronuts is more than swaying me over. It is so good! So, so, so good.

We all fell in love over here.

Oh but of course, not the boys. They never even touched these. Such losers – literally of course. 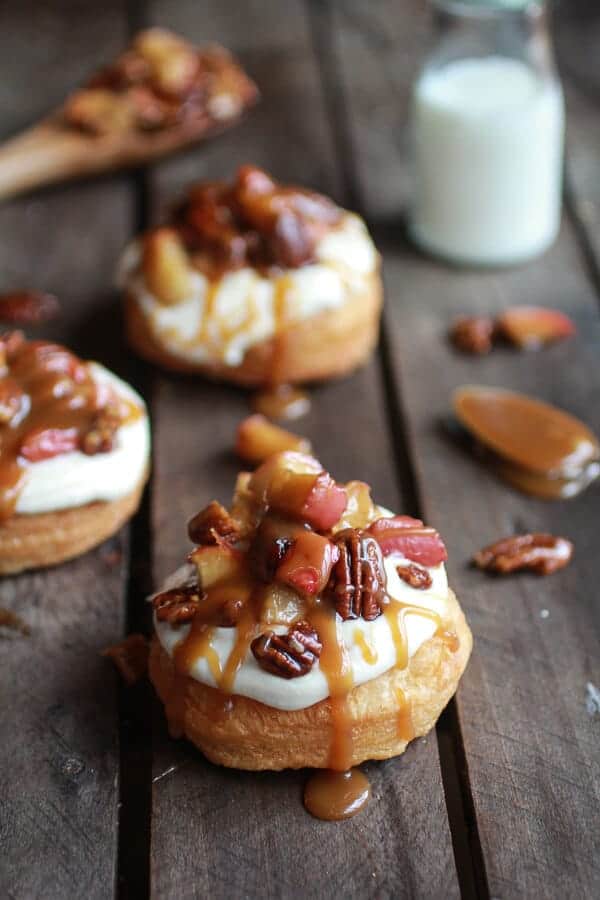 Oh and don’t leave off the caramel.

It needs a good drizzle of the sweet stuff! 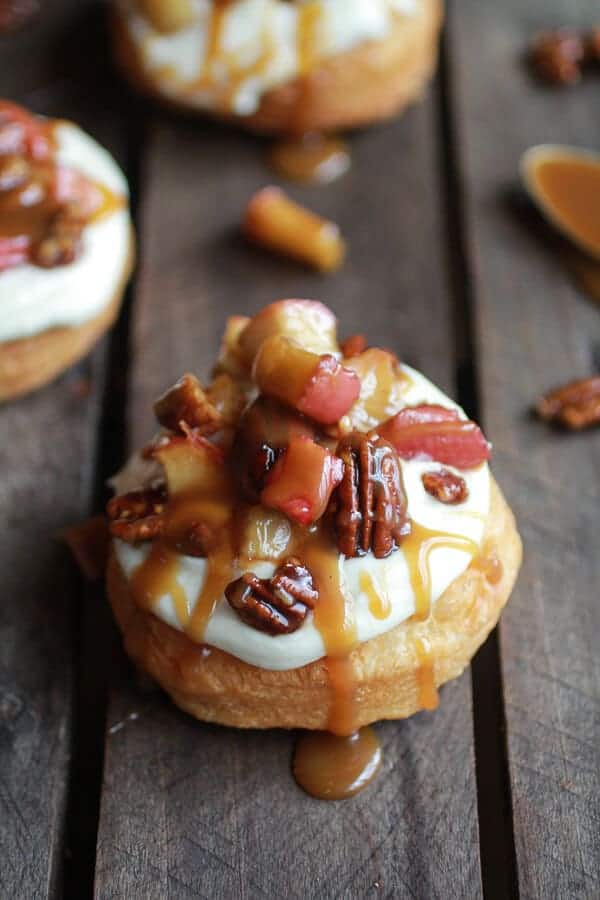 Ok now let’s be real, I know that most likely none of you are going to spend your whole weekend making croissant dough, then frying them into the flakiest cronuts you will ever lay eyes on. So I also included the easy way in my recipe. The way that will give you homemade cronuts in under two hours.

The way that everyone can accomplish these.

Because everyone needs to experience a cronut. Really, everyone. 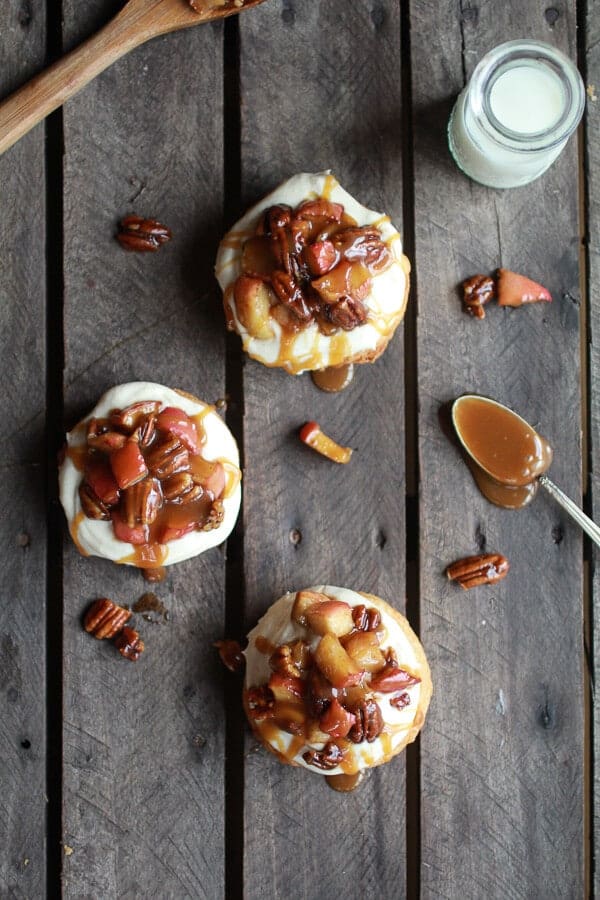 But I will tell you that nothing can beat the taste and texture of a true cronut. Like the ones you see in these pictures. Yes, they are sure as heck a labor of love, but like the croissants, every ounce of sweat, every blister, every oil burn and every tear is worth it.

And really, I know from experience. I will never deny that I DESPISE frying food. Every time I burn myself and every time my dad say’s “Tieg, you really have to be careful with hot oil.” Yeah, yeah, yeah. I know, what does he think I am trying to burn myself? 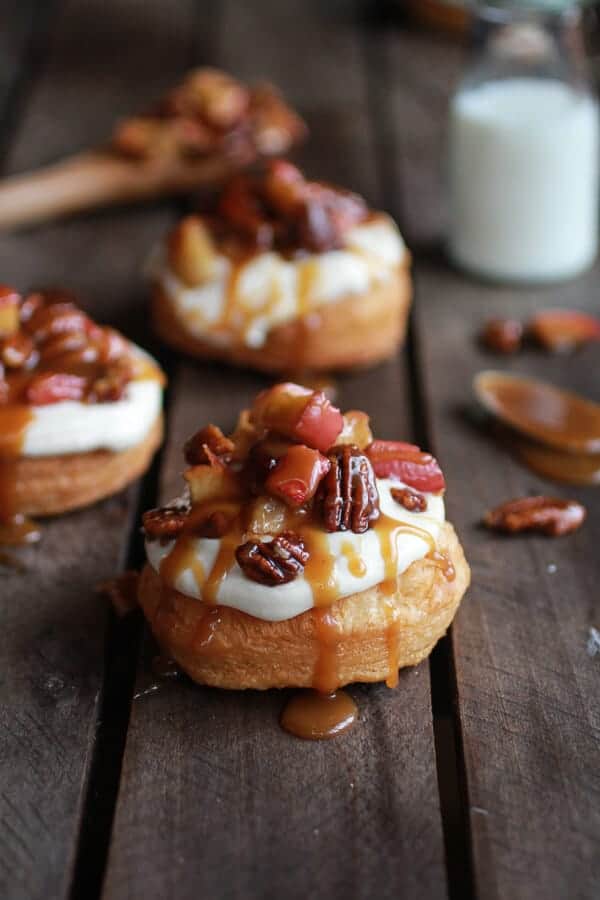 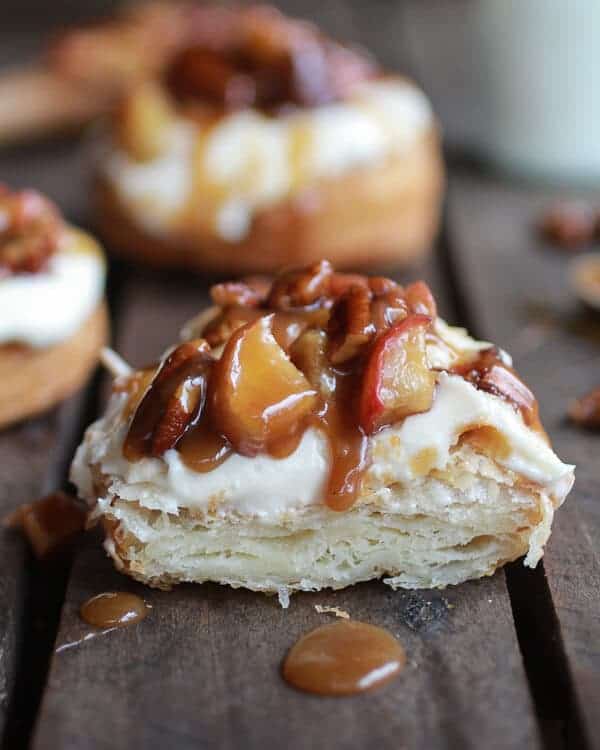 It’s still worth it. Definitely.

*In full disclosure Ansel Bakery is the original Cronut maker. Head on over to their site to learn more about their incredible process of developing the Cronut. Prepare to be amazed! There are some true geniuses over there! 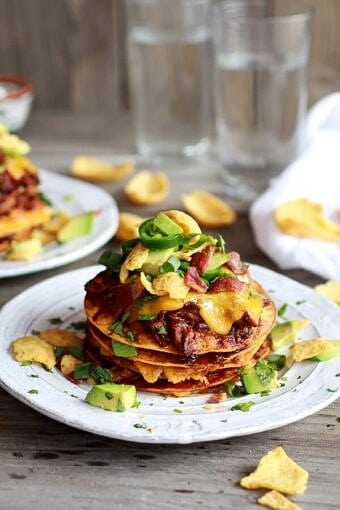