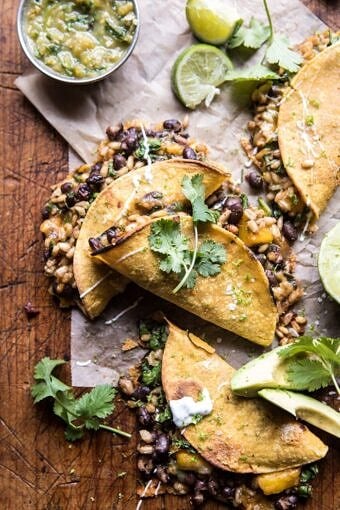 Rye Bacon Pancakes with Blueberries…breakfast for dinner anyone? 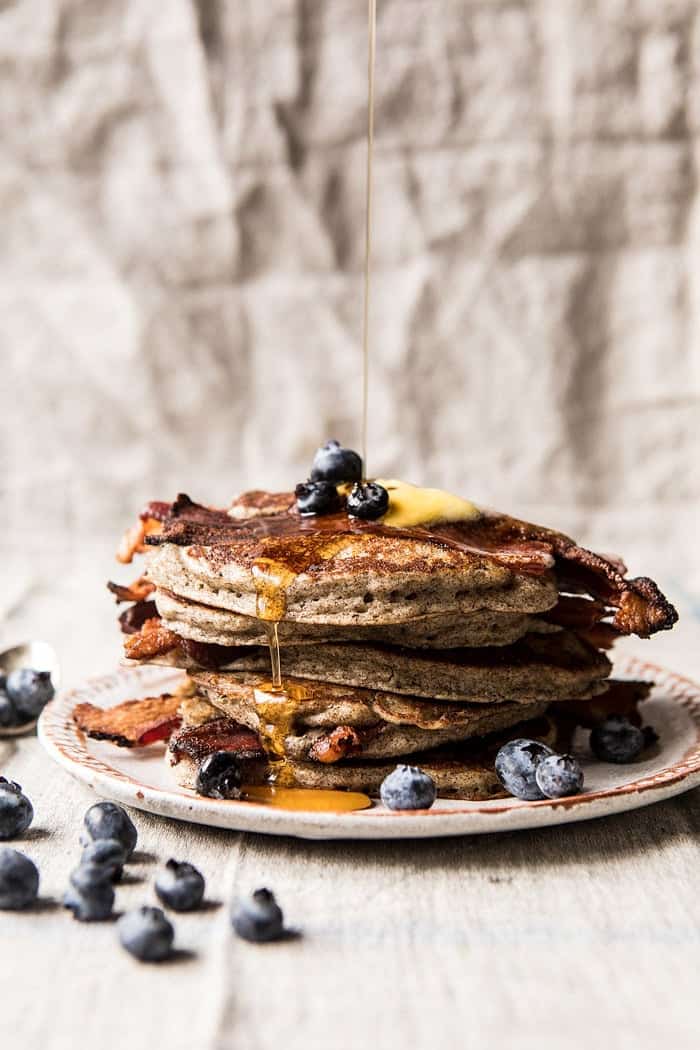 Pretty sure I’ve said this a million times over now, but I think breakfast for dinner is probably one of my favorite things ever. I mean, who doesn’t love a stack of pancakes for dinner. They’re fun, delicious and just what a Tuesday night needs.

Alight, so I know that the concept of bacon and pancakes is nothing new. It’s a pretty classic combo, but have you ever had your bacon cooked into your pancakes with rye flour and topped with fresh blueberries?!? If you haven’t, you should know that it’s a real game changer. 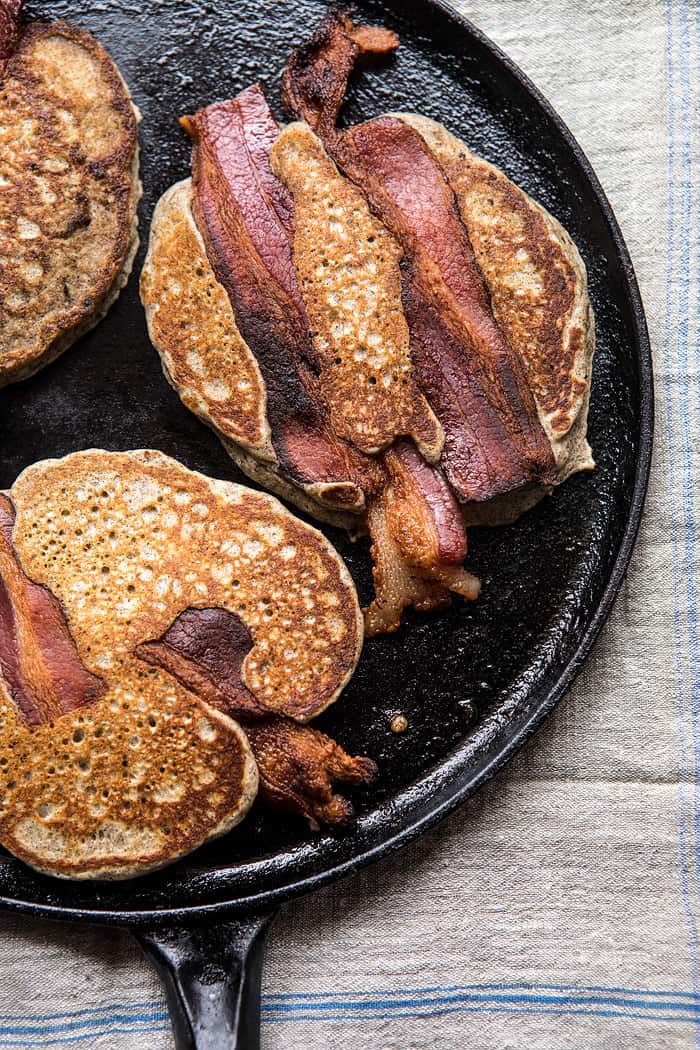 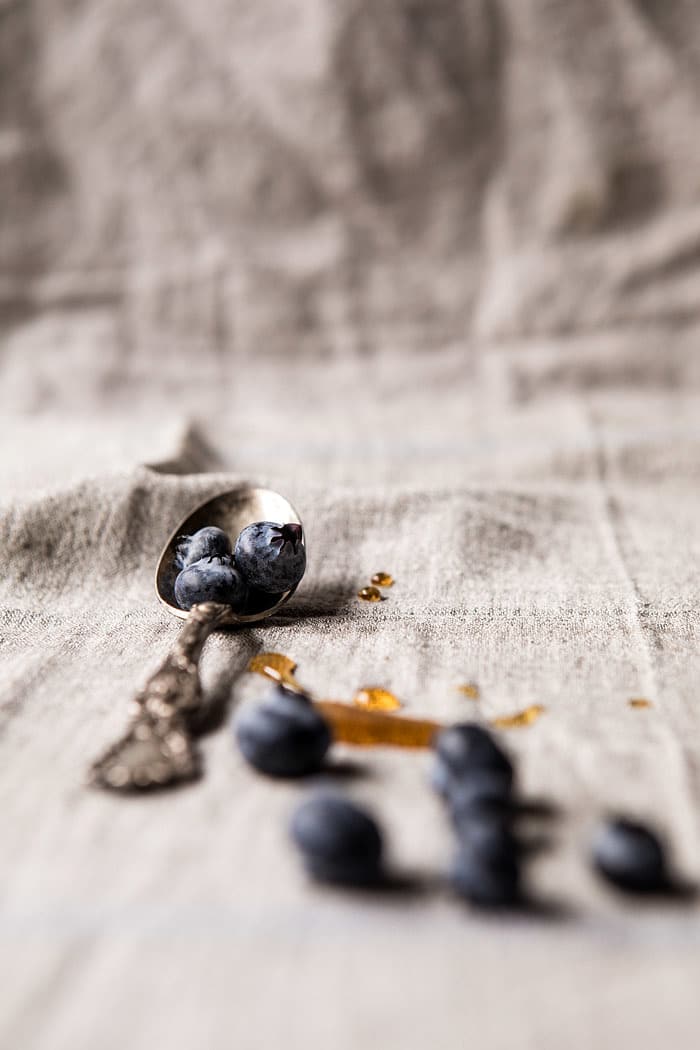 I think it’s pretty obvious that I love playing with savory, sweet, and salty flavors and using combos that some might find a little odd or just might not think of. My goal is always to create recipes that are different, but still sound delicious and approachable to everyone. Not going to lie, it’s kind of a fine line to walk, but I love having fun with my recipes and sharing new flavor combos with you guys.

It’s funny, I was reading an interview that my brother, Red gave to the Washington Post after making the finals at the Olympics. He said something that I oddly related to very much. When asked how he came up with his run, he said, “I don’t know, no one was doing it, and it looked like a pretty fun line. I try to be a little bit different than everyone else.”

Whenever people ask me how I come up with recipes, I never really know what to say. My answer is always, “I don’t know, I thought it was different, and it just sounded really good to me”. A lot of times ideas just sort of form in my head, sometimes my family inspires recipes, or sometimes I see a photo that inspires a recipe. A lot like Red and his snowboard runs, I like my recipes to be a little bit different from everyone else’s. I guess I figure why put something out that that’s already been done.

Granted, I feel like with recipe development, everything has been done, reworked, and then done again, but I still love trying to add my own flare. It’s what keeps cooking fun for me. That’s not to say I never share classic recipes, because I love those too, but for the most part, I love being creative with my recipes.

Anyway, long story short, while the combo of pancakes and bacon is a classic, the addition of a little rye flour and some fresh blueberries really takes the recipe to a the next level. Might not seem like much, but sometimes it’s the little things that make a big impact. 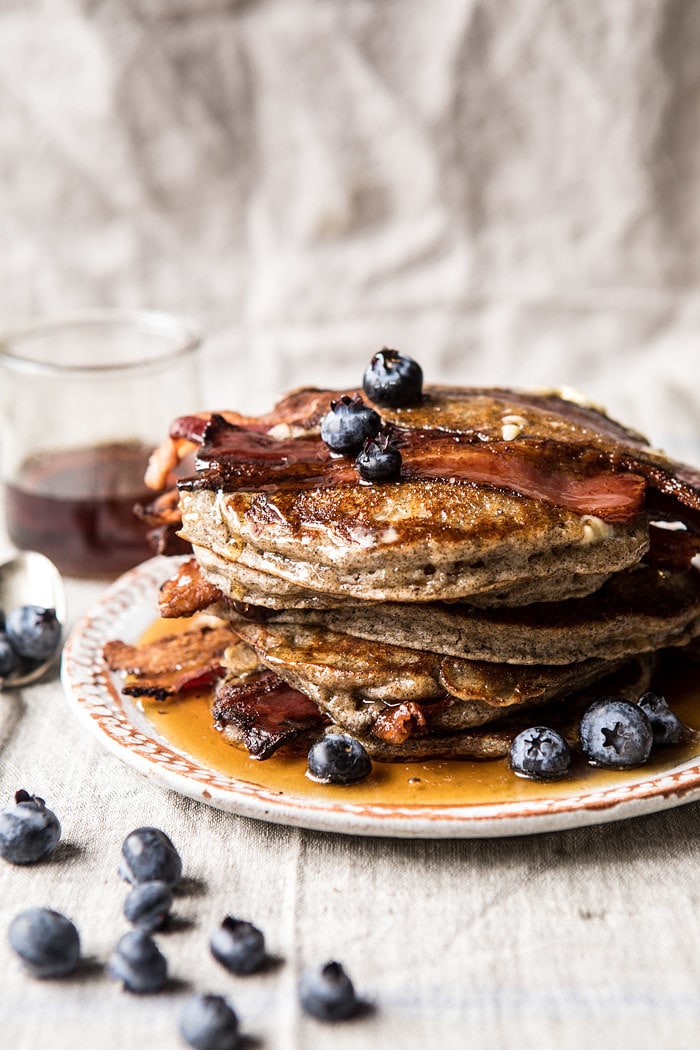 The pancake batter itself is a pretty standard buttermilk pancake batter, except I swapped out a little of the white flour for some rye flour. Using rye flour adds a deep, hearty flavor that I think pairs so well with the savory and salty bacon. The batter is cooked over two slices of crispy bacon and the result is truly one of the most perfect pancakes.

The bacon gets extra crisp, while the pancakes stay soft and fluffy…so good.

But that’s not all. You have to finish the pancakes with a generous handful of fresh blueberries and then a good drizzle of maple syrup. The bacon and the pancakes get an even coating of maple, each bite is perfection. It’s that combo of savory, sweet, and salty, and it’s literally just heaven.

So are we convinced yet? Stack of pancakes for dinner?

We have whole grains, proteins, and even some fruits. Sounds well-rounded enough to me. 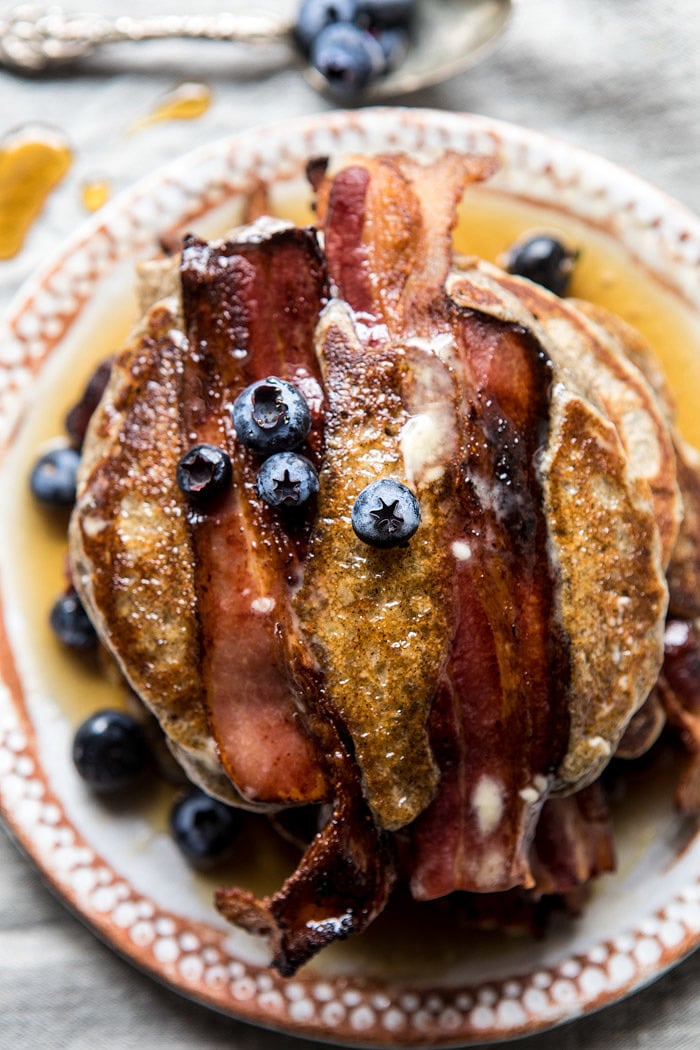 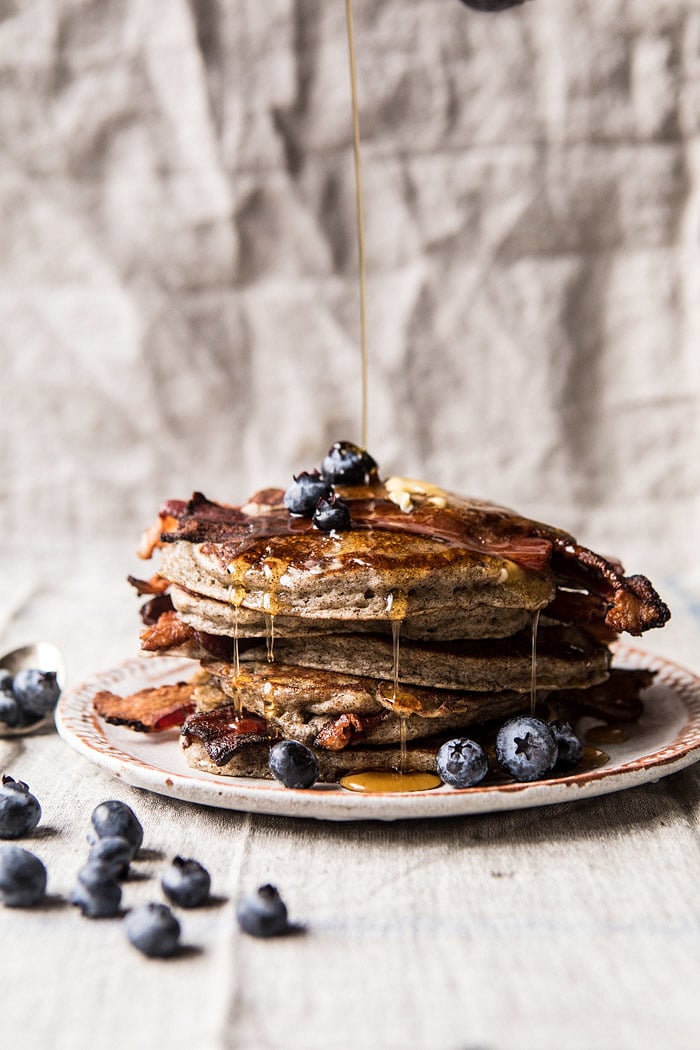 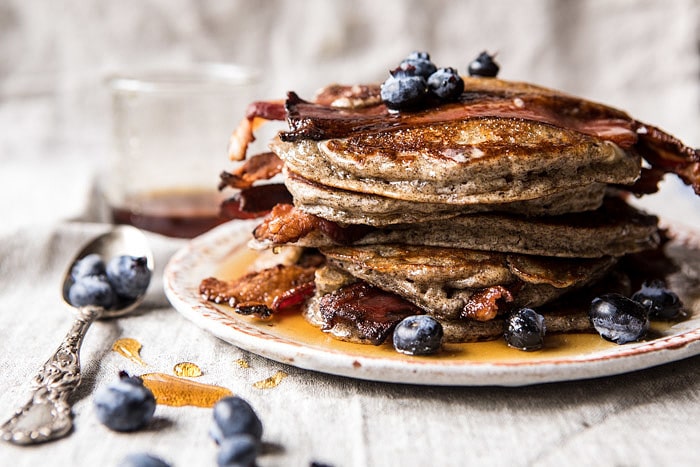 PS. as my mom reads this she’s probably drooling…this is her ultimate meal. 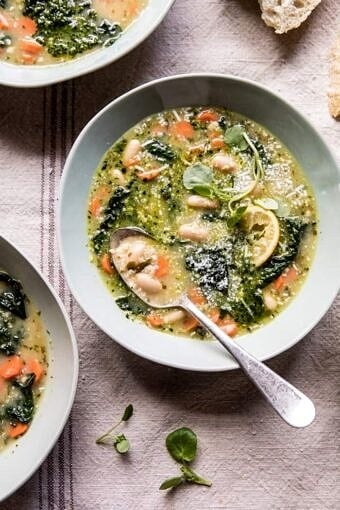