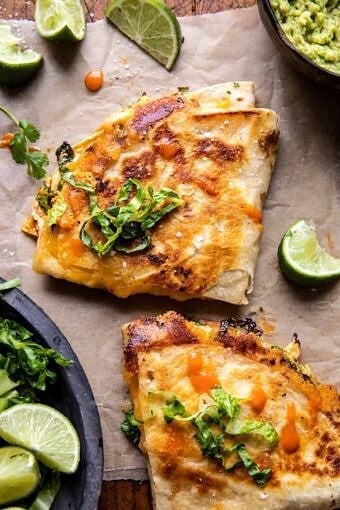 25 Minute Wonton Soup with Sesame Chili Oil…better than the takeout version…quicker, and healthier too! Classic Chinese inspired wonton soup is made easily at home with store-bought wontons simmered in a warming soy sauce based broth. Add fresh flavor with ginger and garlic. Add color with charred baby bok choy. I like to finish each bowl off with an addicting toasted sesame chili oil spooned over top. Perfect for cold nights when you’re craving a wonton soup, but don’t want to leave home. 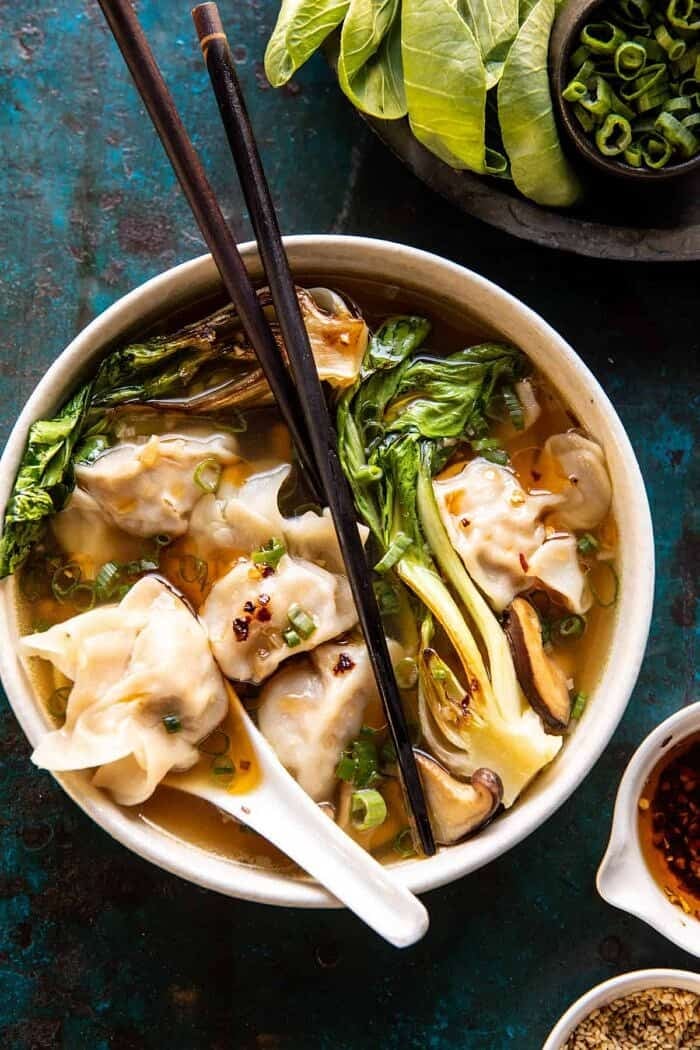 The only thing I’ve been wanting to make is soup. I’ve had wonton soup on my “to make” recipe list now for months. Asher spurred on the idea with her newfound obsession over wonton soup, but I just hadn’t gotten around to making it until now.

To be honest, I’m not sure I’ve ever had wonton soup from takeout before. Well, maybe when I was a kid from this spot that we used to go to in Rocky River. But I don’t really remember wonton soup ever being a part of my diet. So to be fair, I can’t really say this is better than takeout. But I can say it’s really darn delicious and the easiest to put together. 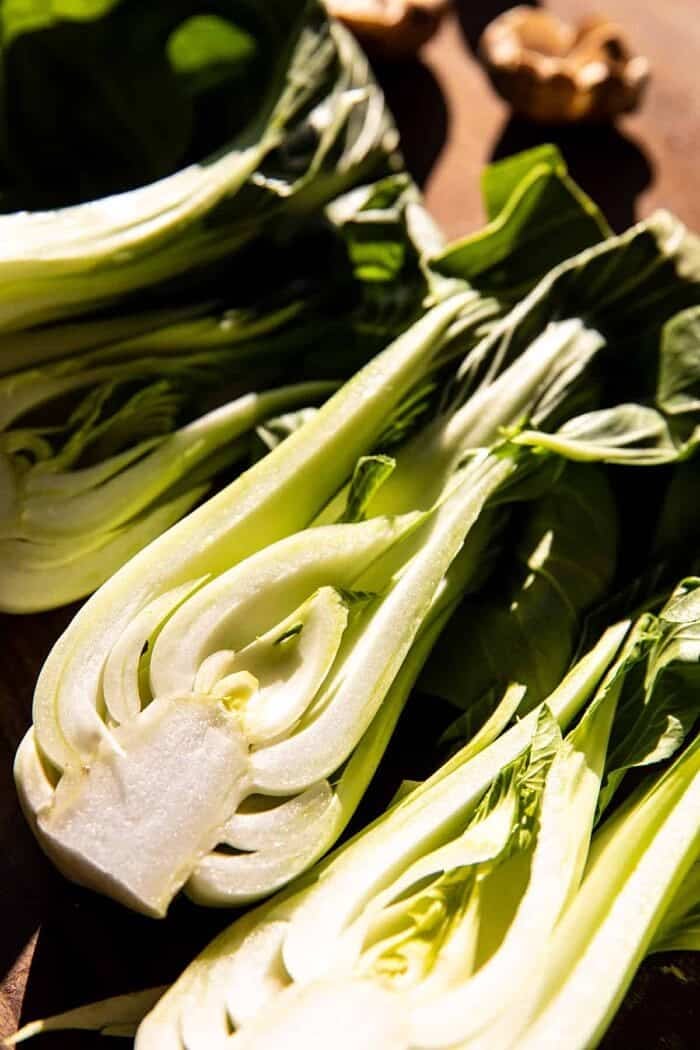 A few months ago, Asher asked me if I could make wonton soup. When she asked, I was shocked she even knew what wonton soup was, and even more shocked that she had enjoyed a bowl. As far as kids go, Asher is what I would call an OK eater. She can be very, very picky, but if she’s in the right mood, I can get her to try new things…especially if there is a chocolate chip cookie in her future.

I will say that she’s not afraid of a vegetable, she actually really enjoys them, so that’s great! Maybe she’s more than an OK eater then, huh? When it comes to anything spicy, she usually will not try it. But the girl loves soup and she loves anything salty, so I guess it makes sense that she’d love wonton soup.

I made this one with her in mind, which is a first for an HBH recipe. I left the chili oil for serving so that everyone can use it to their taste.

I served this the other night for my mom’s birthday (along with cake…of course) and both Asher and mom enjoyed not one, but two bowls. Even my dad enjoyed a bowl, and he’s not one to love soup.

‘Twas a hit with the whole fam. 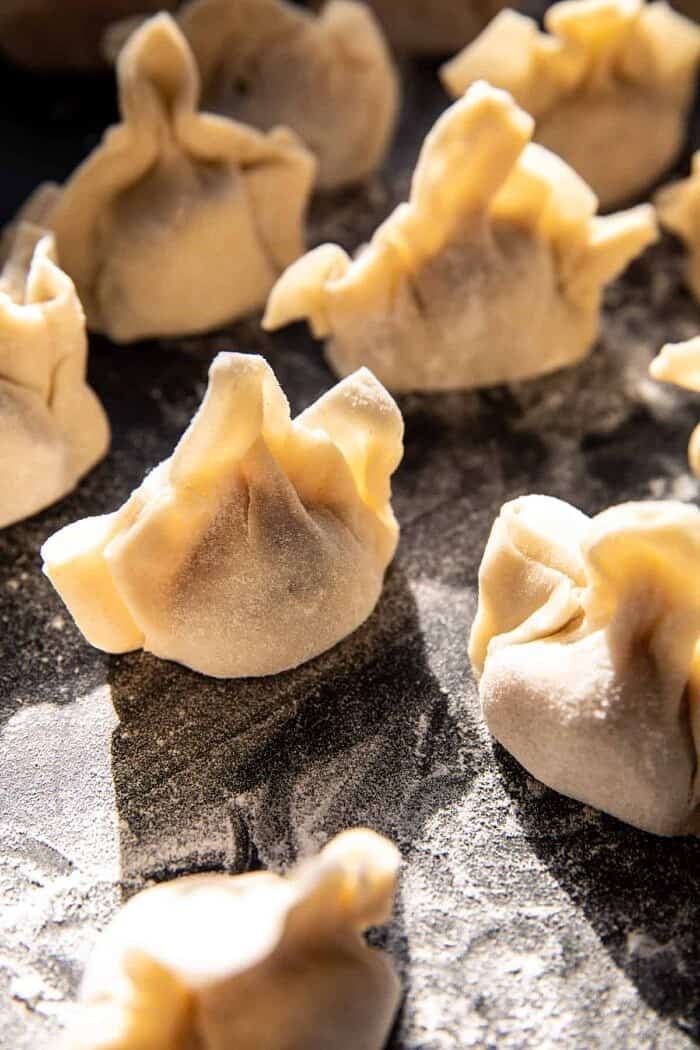 Here are the details, this one is quick.

All in all, most wonton soups are very simple and basic. The broth and wontons are the star, but I made the vegetables a little extra special too.

For the wontons, I recommend using store-bought to keep things quick and easy. Both Whole Foods and Trader Joe’s have a really nice selection, especially if you live in a larger city. I try to always keep frozen wontons in the freezer for quick and easy dinners. Every time I run out, they get added to my grocery list. We cook them up a lot. They’re great for busy nights when you just don’t feel like cooking.

Of course, if you’re feeling like making wonton soup completely from scratch, make a batch of either these ginger chicken dumplings, or a batch of these mushroom dumplings. They’re my favorite and easier than you’d think to make! You just need an extra half hour.

Once you have your wonton situation figured out, start in on the soup.

The one thing I like to do, that isn’t traditional, is to char my vegetables before adding in any broth. Most wonton soup recipes just toss everything right into the broth, but I think it adds so much more flavor to give things a little char first, especially the bok coy. It takes on a whole new flavor that’s so delicious. The char adds so much, so don’t skip this step.

Then everything else goes into the pot. I use lots of fresh ginger, garlic, and shallots, toss in some mushrooms, and then added the broth. To keep things easy I boiled the wontons right in the soup, then seasoned it with soy sauce and rice vinegar.

If you don’t plan on eating the soup all at once, I would boil the wontons separately to ensure they don’t get too soggy while sitting in the soup’s broth. 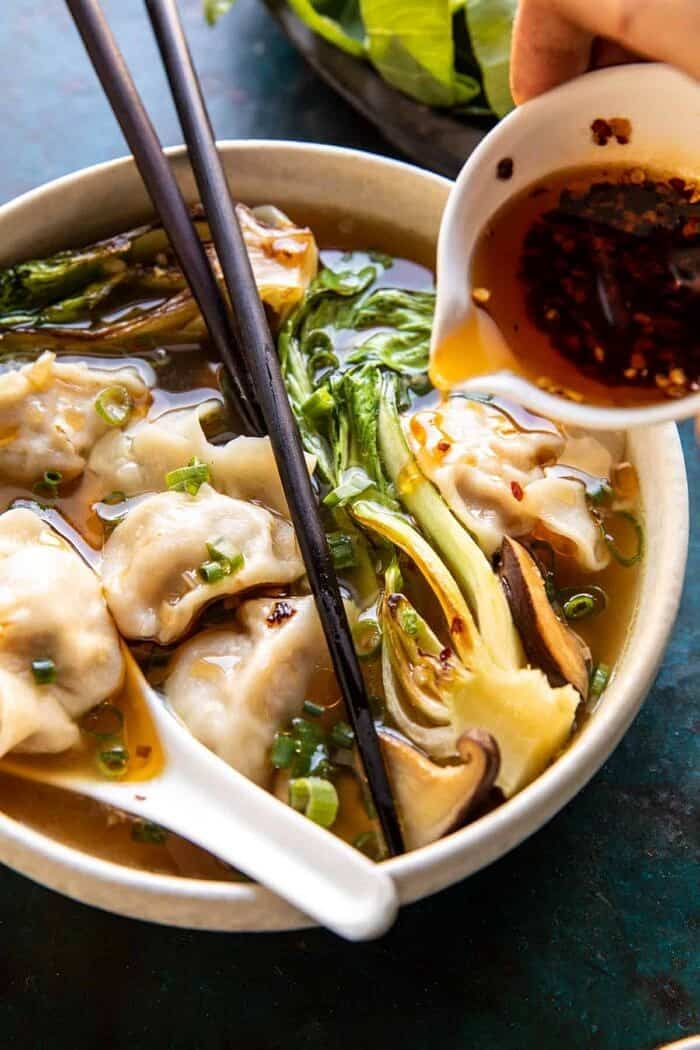 This soup is traditionally topped pretty simply with green onions. Sometimes chili oil and shrimp paste are used in the street style versions.

For my wonton soup, I did lots of green onions, homemade chili oil, and toasted sesame seeds.

I love a little chili oil on top of Asian inspired recipes. I’m always mixing them up and creating new combinations, but I think this chili oil will become a new go-to. The one secret ingredient? A splash of balsamic vinegar adds just the right amount of tanginess that balances the spice so well. 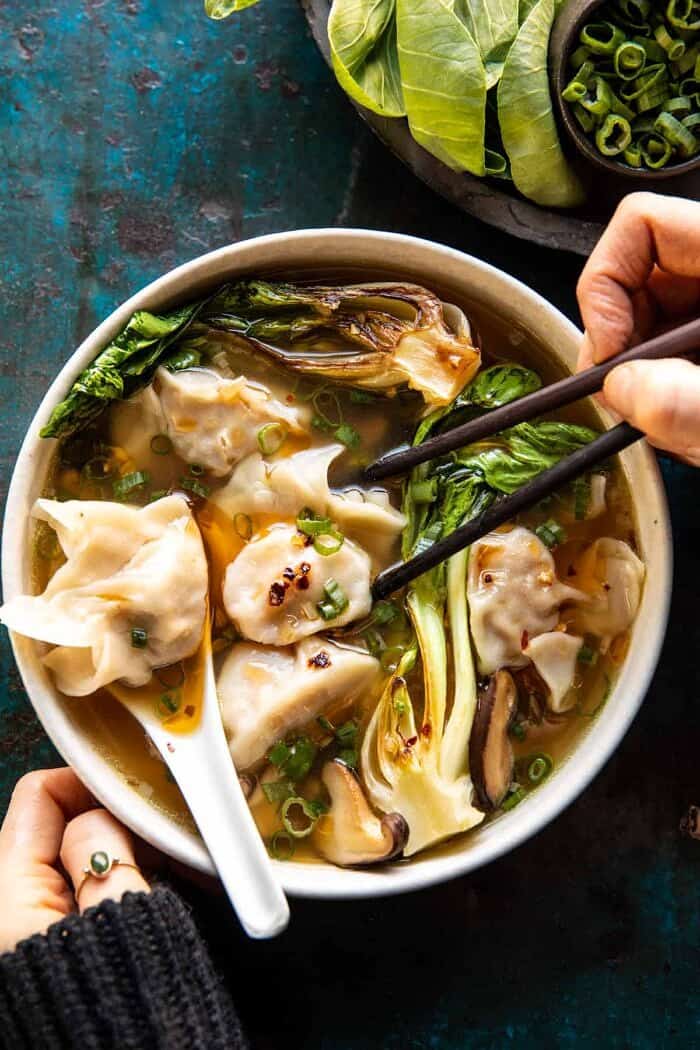 So my suggestion? Take some time this week or this weekend to make some homemade wonton soup. It’s so much easier (just 30 minutes) than you’d think, and healthier too. You could even add additional veggies like broccoli to bulk things up a bit!

The perfect January night at home with the family.

Looking for more Better Than Takeout Style recipes? Here are a few favorites:

Lastly, if you make this 25 Minute Wonton Soup with Sesame Chili Oil, be sure to leave a comment and/or give this recipe a rating! Above all, I love to hear from you guys and always do my best to respond to each and every comment. And of course, if you do make this recipe, don’t forget to tag me on Instagram! Looking through the photos of recipes you all have made is my favorite! 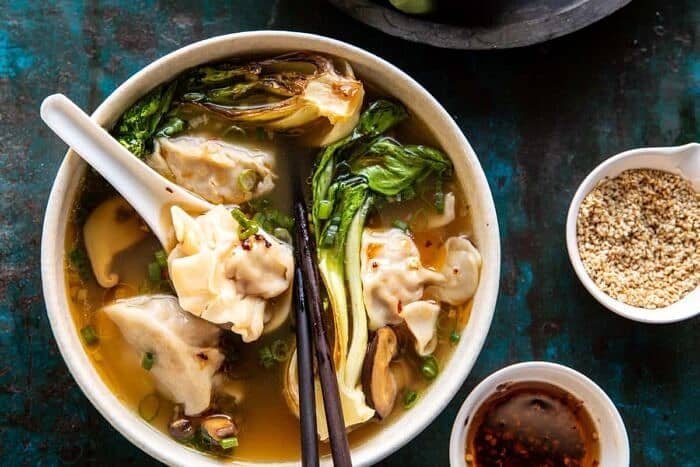 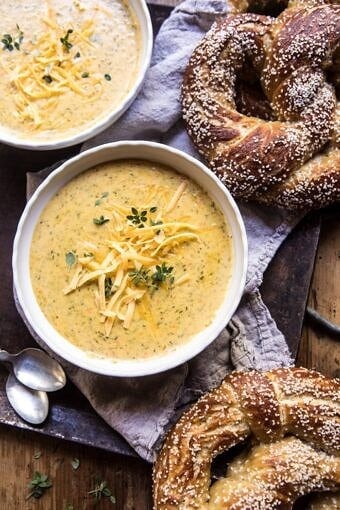 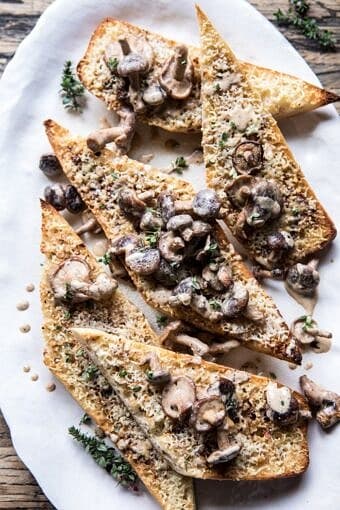 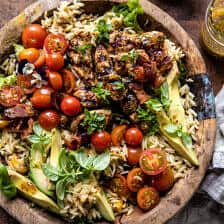 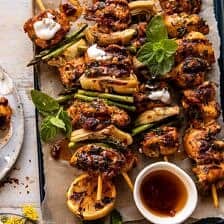 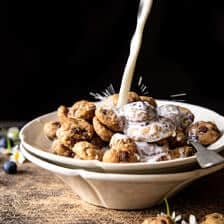 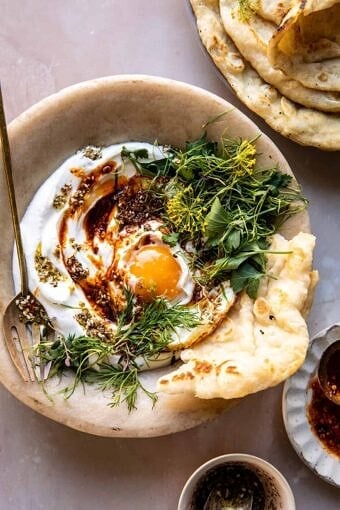