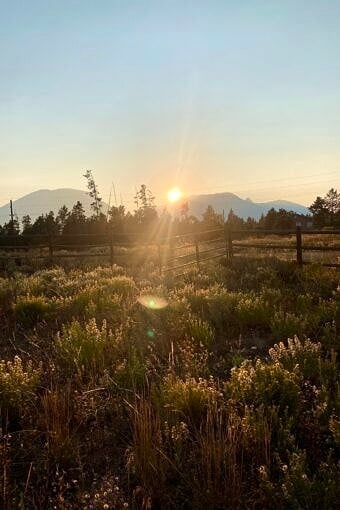 Welcoming the weekend with Baked Apple Cider Doughnuts with Cinnamon Maple Glaze. Made with boiled-down spiced cider, apple butter, and cinnamon. Then baked and dipped in a sweet brown butter glaze flavored with coffee and cinnamon. There’s really nothing not to love about these cute (and sweet) autumn spiced doughnuts. The true secret? Boiling the apple cider down to really concentrate its flavor. The perfect way to celebrate the autumn apple season!

The first apple recipe of the season and I could not be more excited. Every fall I’m so excited, but this year even more so than ever before. I think it’s because the world is in what feels like a very unsettled place, turning on any news source usually leaves you feeling frustrated.

Because of this, I am really embracing the things I love the most. I’m focusing on all the good that the world does have to offer. My goal this fall is to really go all out. I’m 100% grabbing more pumpkins than I need, making pumpkin spice lattes, and come October 1 – decorating for Halloween. I’m already plotting out my “spooky” desserts and cocktails for October.

Embracing all the good things and leaving the rest behind, you know?

And today that means we’re focusing on September apples and making some of the best baked doughnuts.

Do any of you remember last year’s cinnamon spiced apple fritters? Well, those were the initial inspo for this recipe. I just loved those so much, especially the vanilla coffee glaze. I planned to remake them at least once this month, but the frying part really gets me. It’s just messy and not my favorite task.

That got me thinking about new recipes I could make that highlighted the same flavors but didn’t involve any frying.

And that’s where these baked doughnuts come in. They’re a cross between a really delicious apple cider doughnut and a sweet apple fritter. Totally delicious in every way possible.

On to the details – start with the doughnuts

If you love a classic apple cider doughnut, these are for you. If you can make a basic cupcake or muffin, you can certainly make these. There’s nothing fancy about them.

The key to these doughnuts? It’s all in the cider. I recommend finding the best spiced cider with no added sugars. If you can, pick up some fresh apple cider from your local farmers’ market. Or even better, go apple picking and pick some up! Nothing quite beats a really good apple cider. It’s always so flavorful this time of year.

To help intensify the apple cider flavor throughout the doughnuts, I decided to boil down the cider on the stove until reduced. Boiling the cider will concentrate the flavors and make the cider that much more flavorful. It’s an extra step, but one that I think is worth it.

Once you’ve boiled the cider, the rest is quick. Just mix the cider with apple butter, eggs, melted butter, vanilla, plus dark brown sugar. Then add in all the dry ingredients and stir in a chopped Honeycrisp apple. Adding the apple makes them kind of like apple fritter doughnuts.

Divide the batter between doughnut pans (or just a cupcake pan). As the doughnuts bake, the kitchen will start to smell like your favorite autumn candle, it’s perfection.

I took inspiration from my Cinnamon Spiced Sugar Cookies and apple fritters, and decided on a buttery maple glaze with cinnamon and a touch of coffee throughout. It’s just some browned butter, maple, powdered sugar, instant coffee, and cinnamon.

Not too strong, not too sweet, but just right. Especially when spread on top of a warm doughnut.

And with that, here’s my recommendation for the coming weekend…apple picking and doughnut baking – of course!

And if not this weekend, sometime soon. I promise you guys, these doughnuts are so good and such a great fall treat.

Looking for September apple recipes? Here are a few ideas:

Lastly, if you make these Baked Apple Cider Doughnuts with Cinnamon Maple Glaze,  be sure to leave a comment and/or give this recipe a rating! Above all, I love to hear from you guys and always do my best to respond to each and every comment. And of course, if you do make this recipe, don’t forget to tag me on Instagram! Looking through the photos of recipes you all have made is my favorite! 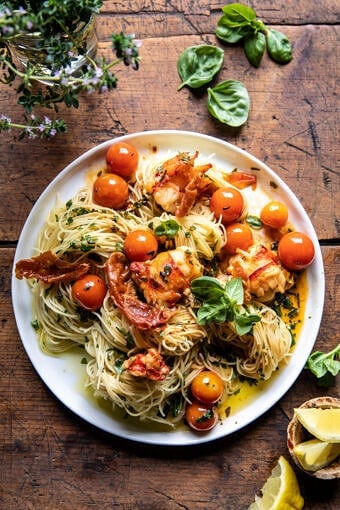 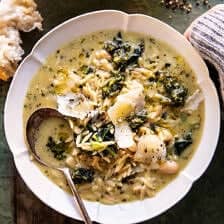 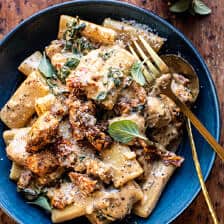 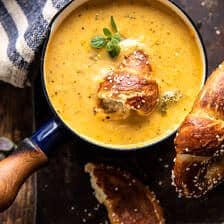 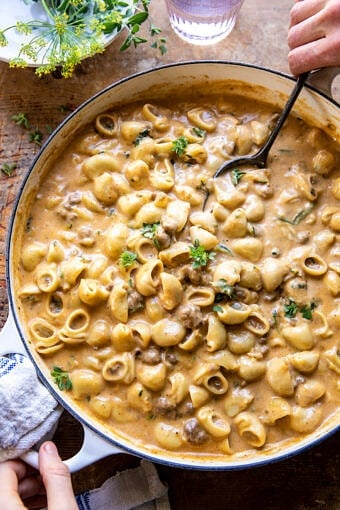